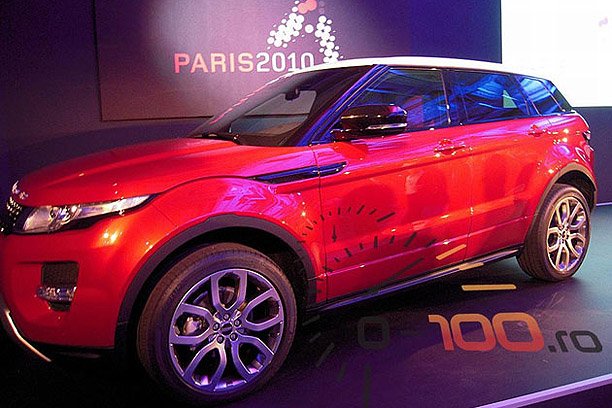 The 2012 Land Rover Range Rover Evoque three-door is heading to this week's 2010 Paris Auto Show, but a stealthy five-door version that had been planned for a debut later this year has instead hit the Web.

The five-door Evoque was due to be presented at the 2010 Los Angeles auto show, according to the U.K.'s Autocar, but it's published this photo of the longer Evoque, claiming this version has been shown to dealers ahead of the Paris show.

The photo has been sourced to a Romanian Web site.

The new Evoque is positioned akin to vehicles like the BMW X6 and Acura ZDX, with radical styling setting it apart from its Land Rover LR2 roots. Under the hood, a 240-horsepower turbo four-cylinder will be the primary powerplant for U.S. models, while European models will offer turbodiesels with stop/start technology.

A six-speed automatic, a panoramic sunroof and four-wheel drive will be on the options list, as will dual LCD screens and a 1200-watt Meridian audio system. The Evoque isn't due in the U.S. until late next year.