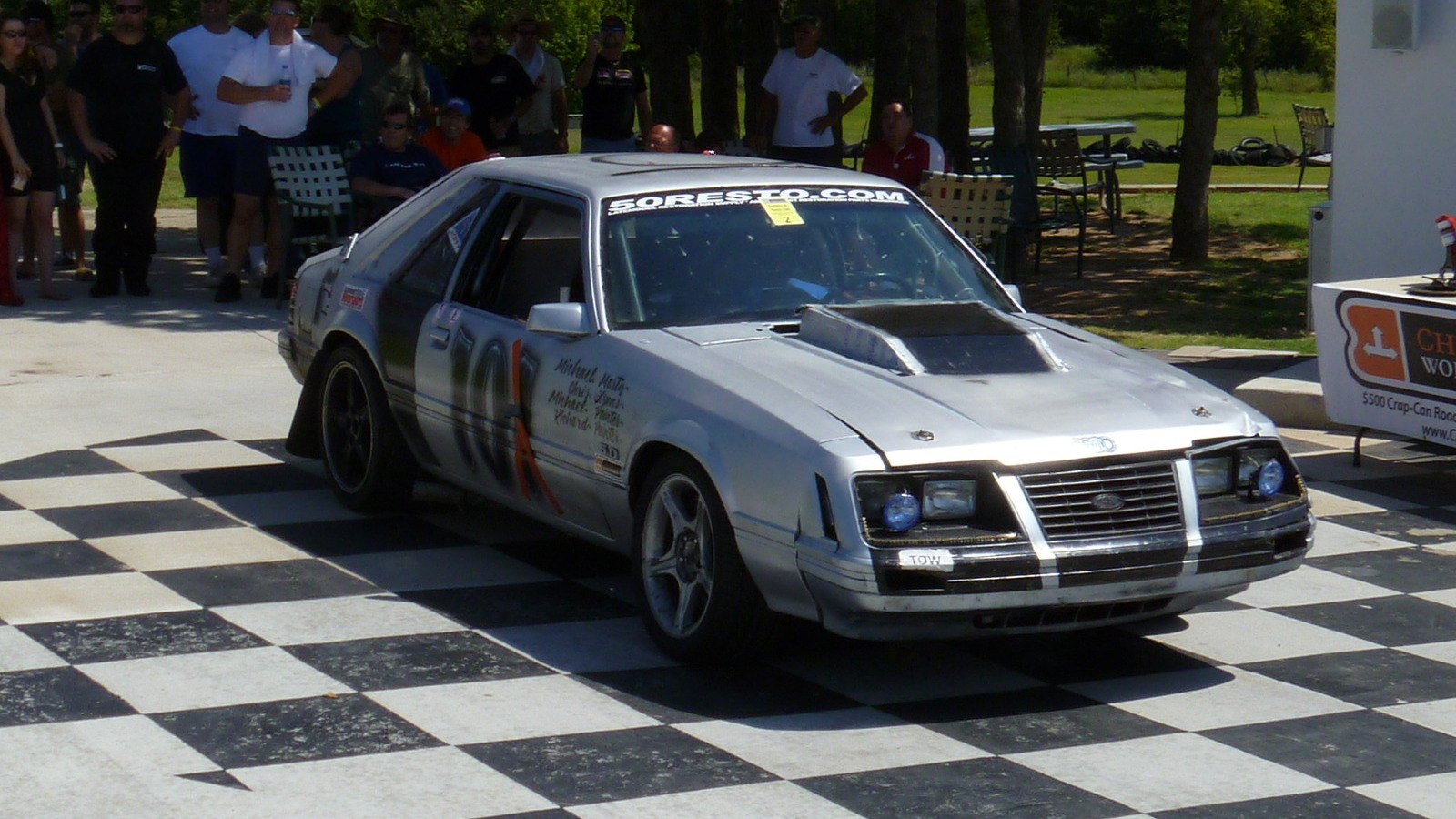 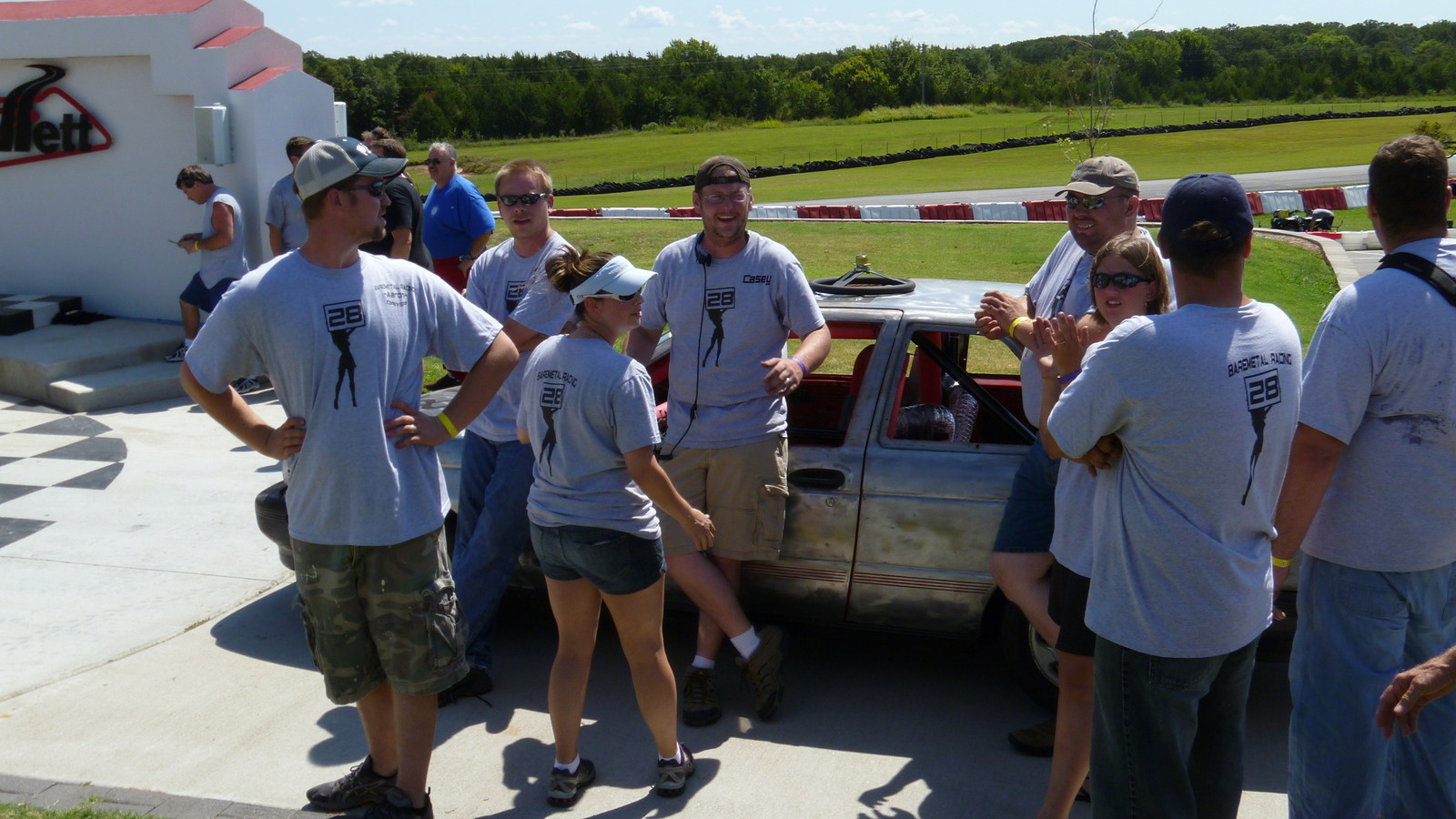 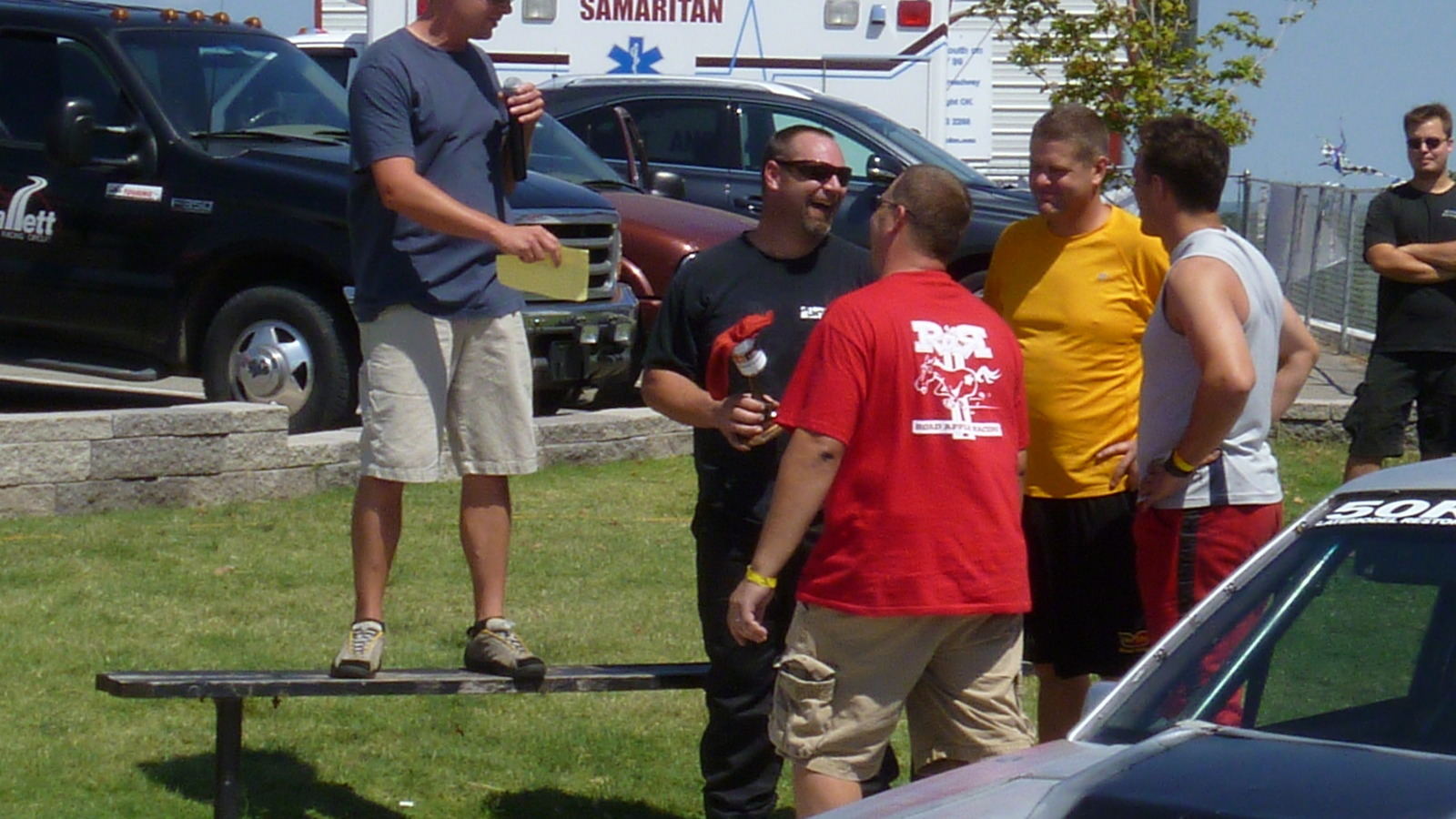 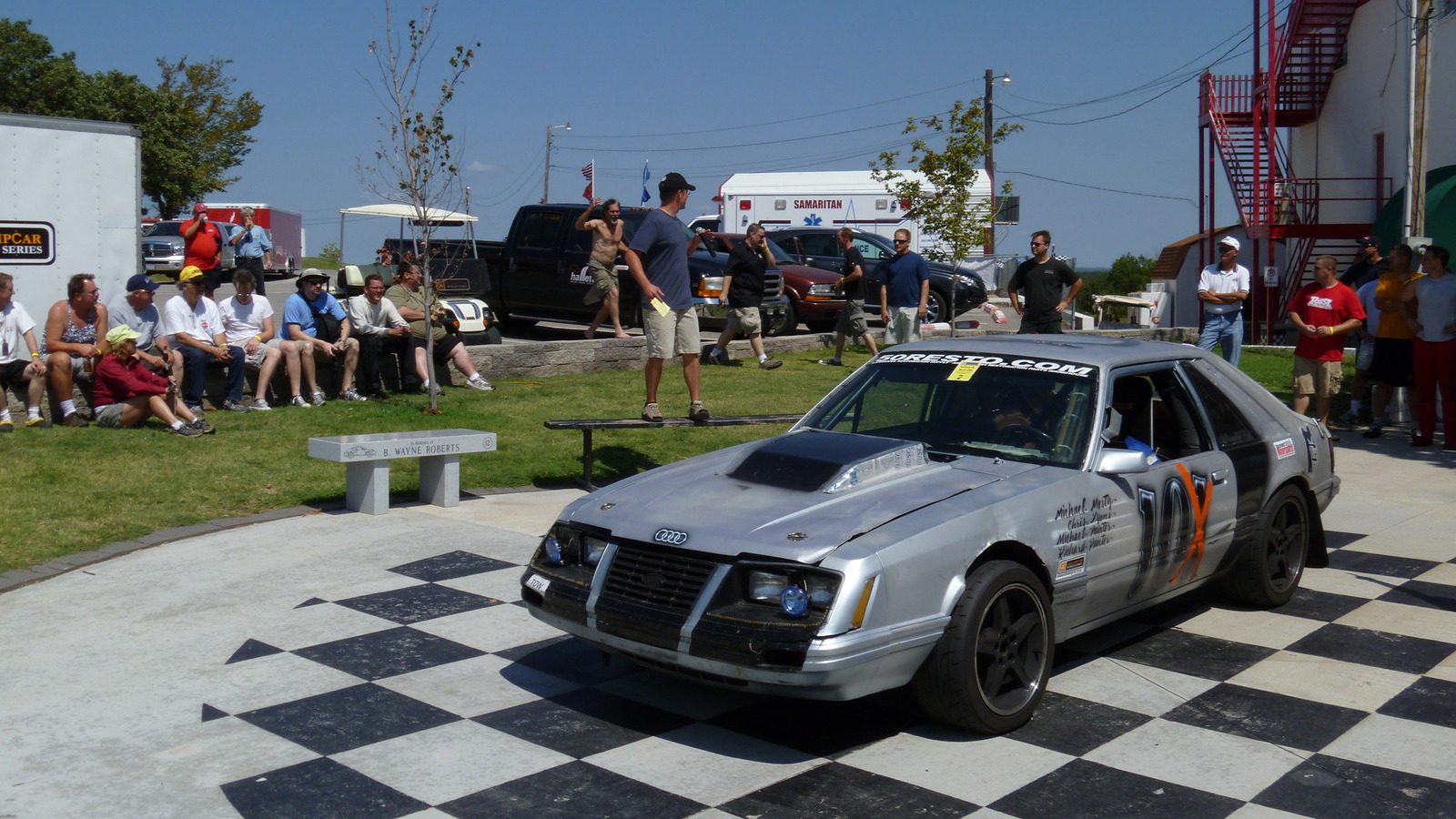 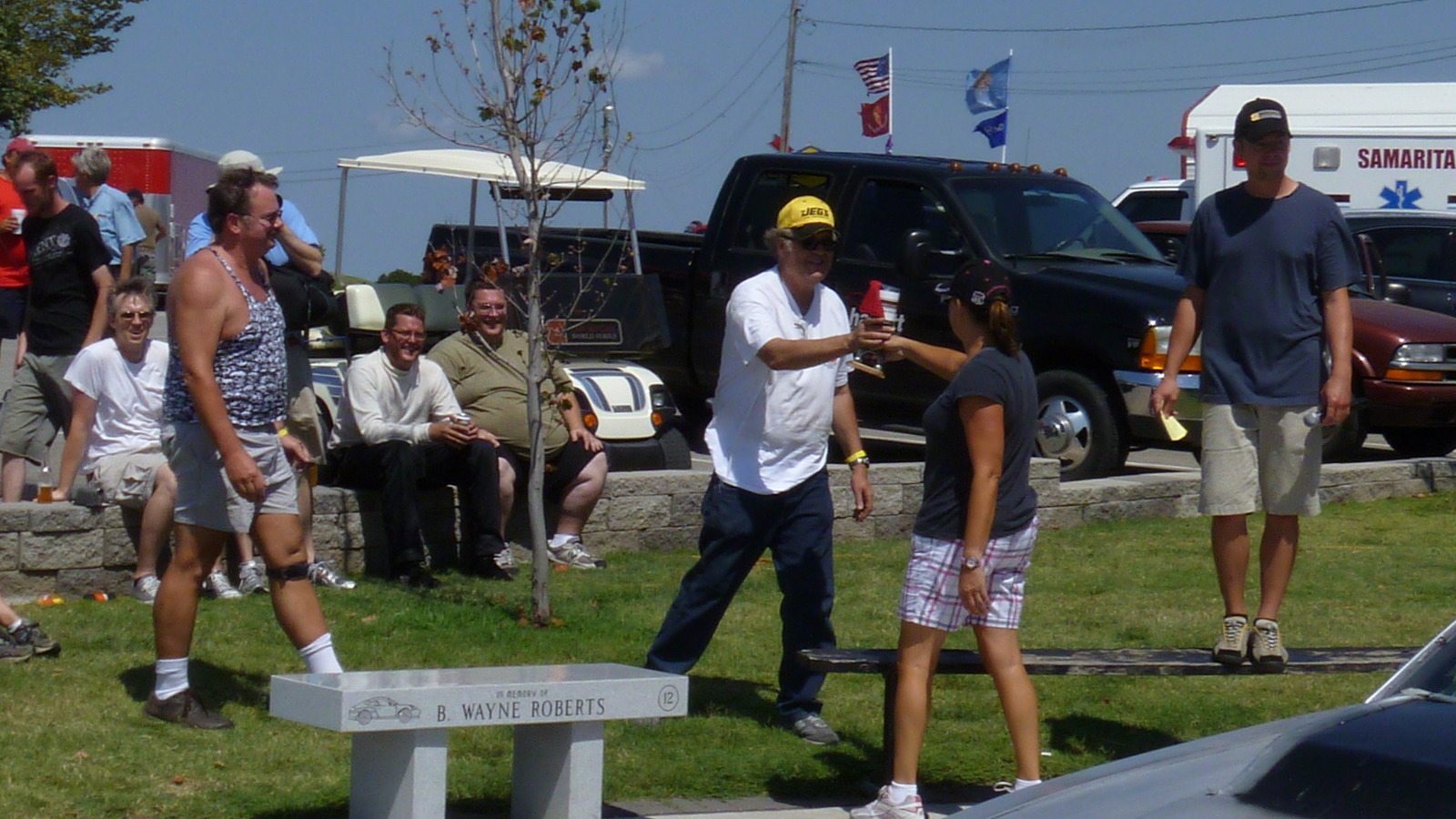 You have to be a certain kind of crazy to participate in a 24-hour endurance road race. You have to be even crazier to do it as both driver and crew, essentially ensuring you won't sleep for 30 hours or more. But that's exactly the kind of crazy we are, and we'd do it again this weekend if we could.

This weekend's race at Hallett Motor Racing Circuit saw some 18 teams full of our kind of crazy dice it up on track, some lasting longer than others, some having more mechanical issues. Our team, White Lightning #18, saw its share of difficulty and then some.

After running a clean and smooth race for nearly 12 hours, our alternator failed, leaving our two mechanic-drivers in the garage for a frantic wrenching and bashing session. Forty minutes later, we were back on track, but down 25 laps from our earlier near-the-front position.

Running hard through the ink-black Oklahoma night, we managed to pull back up into second place. As the sun rose, we were feeling pretty good, having pulled out a decent margin on third. Then the battery cable broke loose from the terminal, killing the car and putting us behind a tow truck. Another 20 minutes and a dozen or so laps later, we were back at it, with just one driver stint to go and our faster driver in the car--and still a two- or three-lap lead on third.

An hour and twenty minutes of very hard racing later, we still had our three-lap cushion, and looked set to stay there until the checkered flag. Then the ignition system--we're not sure exactly what part--failed, and failed hard. The car was out of the race with just 40 minutes to go.

The truck pulled our car back to the garage, and there it stayed until the 24-hour mark, falling back three positions to fifth. But there was one more surprise in store for us, and the rest of the competitors.

The #1 General Yee Miata, which had set a scorching pace all weekend and pulled out a monstrous 67-lap lead despite receiving 12 penalty laps in the pre-race inspection, was disqualified. The General Yee team was notified that Chumpcar would claim the vehicle under its rules. The #1's sister car, the #69 Village People Miata, pulled out of the race in protest despite having managed a podium finish itself in third.

The reasoning behind the disqualification? The #1 car was fast. Way too fast for a $500 car. In fact, it outran the track owner and driving school instructor in an SCCA Spec Miata race car by three seconds.

But, as with any story, there are two sides.The General Yee team claims their car is stock but for some cheap aftermarket suspension work, and credits its fast times to good drivers and a complete absence of mechanical failures.

All we can be sure of is that our 1,800-pound, 90-wheel-horsepower Civic was able to hang with, stay in front of, and occasionally pull away from or catch back up to the #1 Miata in the tighter back half of the course. As soon as the straight sections came, however, not even the #10 Looney Tunes Mustang could outrun the General Yee car, and that's where it pulled its lead on the field. Added up over 700-plus laps of the 1.8-mile circuit, the General Yee Miata ended the race about seventy laps ahead of the rest of the field.

At the end of the very long day, with the two front-running Miatas either disqualified or voluntarily out of the standings, the #10 Looney Tunes Mustang, #28 Bare Metal Nissan Sentra and our #18 White Lightning Honda Civic were on the podium. It was a bittersweet end to a race that could have seen us grab our first win (or still a solid second place without the disqualification).

Whatever the trophy situation, however, it was yet another fantastic weekend of racing with Chumpcar on a very fun and fast track. The team at Hallett was top-notch, pulling cars out of the grass, gravel and tire walls quickly thanks to expert tow rig operators and keeping the racing clean and fair with their dedicated corner workers, many of whom were on course for the full race.

If you're interested in running a Chumpcar race yourself, check out the details at the official site. If you'd like to catch up on our previous crapcan endurance racing efforts, check out our coverage of the Nashville Superspeedway and Texas Motor Speedway events.