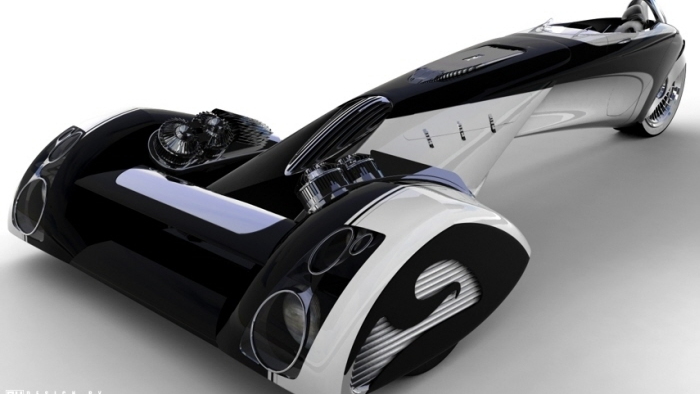 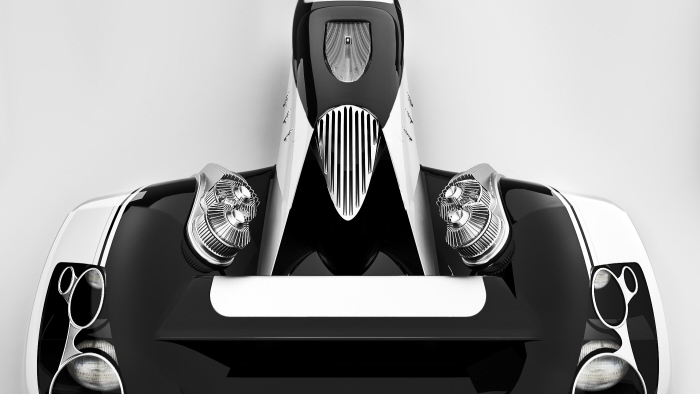 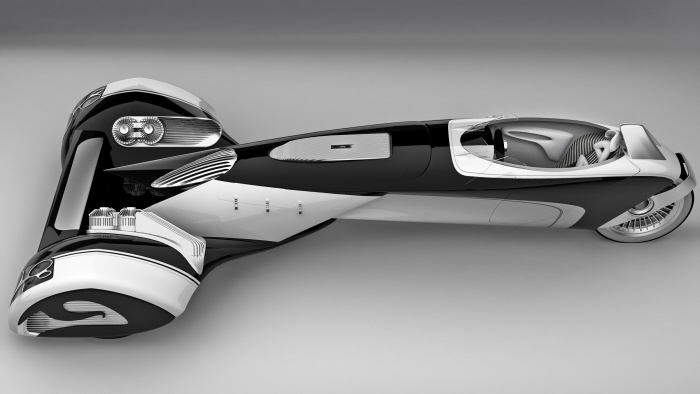 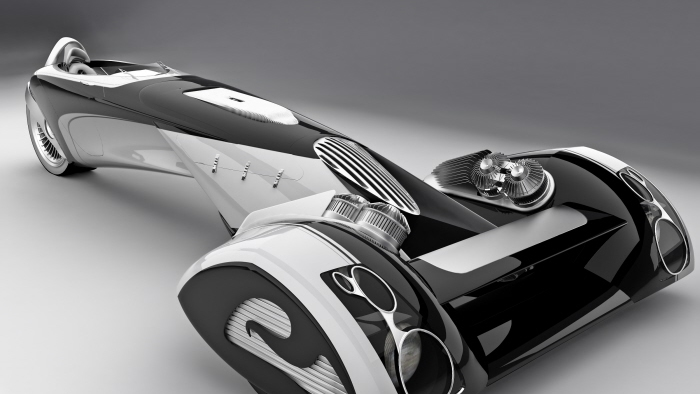 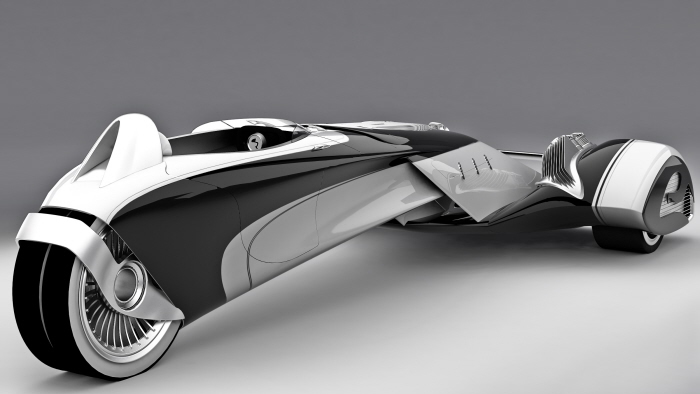 If I told you to imagine a future car, what would it look like? Would it have four wheels, no wheels, wings? Would it look small, slow, and dorky, or impossibly fast? When I picture future cars, I think of stylish LED lighting, big wheels tucked under sexy, curved fenders, and aggressive styling all around. I will admit, one of the last things that comes to mind is my Mach 3 razor. And yet, designer Paolo De Giusti has somehow managed to turn that very item into a rather convincing motor vehicle!

Paolo created this mind-boggling concept for a "retrofuturism"-themed Peugeot design contest, eventually earning a place as a finalist. Is it retro? Is it futuristic? I'm giving him credit for both. The retro styling shows up in the form of sculpted fenders at the front end, a grill that's old-school hotrod and gangster getaway car all rolled into one, and a two-tone paint scheme straight from the 1930s. The whole thing is wrapped in Art Deco, for a well-rounded retro package.

In contrast, whether intentional or not, the Egochine possesses a sort of 21st Century F1 car look. From the wide, flat air diffuser at the front end, to the aerodynamic body shape, all the way back to the sleek roll hoop, it looks quite speedy. Despite its 3-wheel configuration, it suggests a rather composed stance, with a nice low center of gravity and a wide enough single rear wheel to make up for the lack of a second. A physical drivetrain could be a challenge to fit into the geometry of such a structure, but hey, he can dream right?

Styling and performance aside, the thing would be a nightmare to drive from the trailing cockpit. On a positive note, it's got a nice long crumple zone, so the driver ought to be pretty save in a head-on collision.