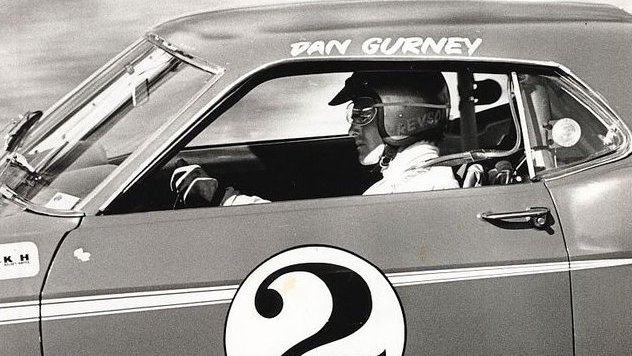 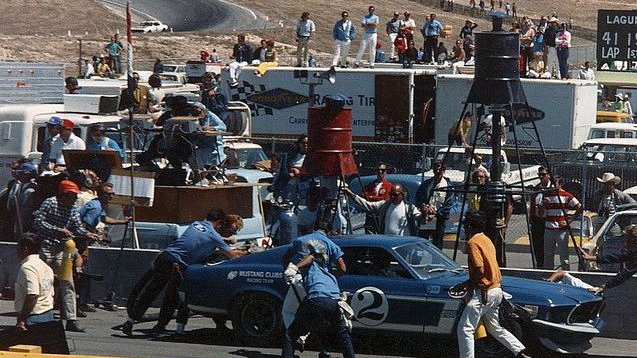 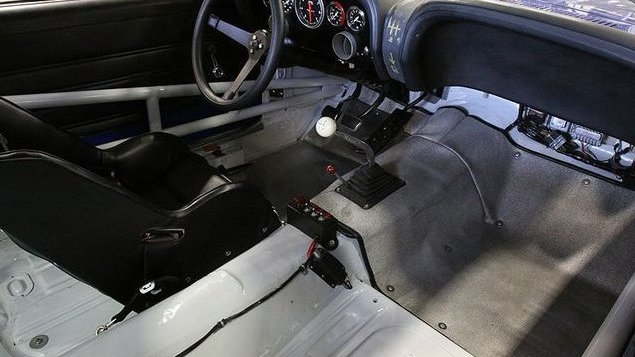 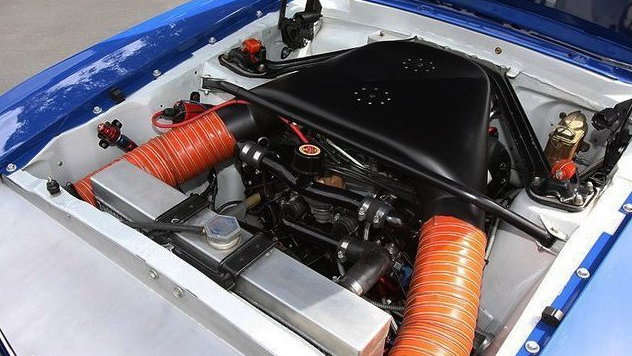 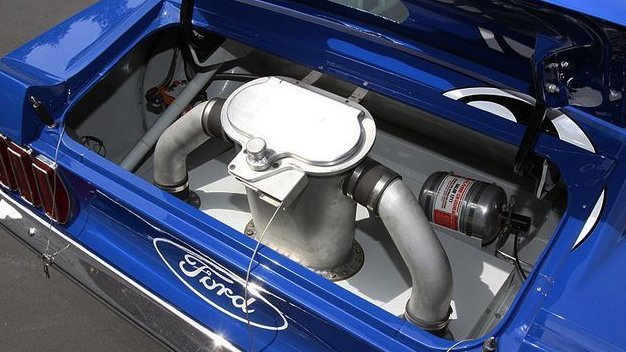 Dan Gurney is a racing legend. Aside from the famous Gurney bubble and Gurney flap, he's also the man behind the tradition of spraying champagne from the winner's podium after a race--a tradition he start in 1967 after winning the 24 hours of Le Mans with co-driver A.J. Foyt. He has also competed in NASCAR, Champ Car, Formula One, and, as the car up for auction today on eBay hints, Trans Am.

Though known better for having driven the All American Racing Cudas for Plymouth, Dan Gurney and his driver Swede Savage also raced this Shelby in the Trans Am series. The car is a 1969 Mustang fastback, built in the white by Ford then shipped over to Kar Kraft where it was completely diassembled and prepped for the Trans Am series. According to the eBay description, this includes relocated front suspension members, a complete seam welding job, a full racing suspension treatment, and a permanent roll cage. The cars were then shipped in near-finished state to Bud Moore and Carroll Shelby,  where additional cooling and engine modifications were done.

Equipped with a four-speed manual transmission, a 527-horsepower BOSS 302 V-8 engine, and all the racing mods Ford could throw at it, it contested the 1969 racing season wearing the famous blue-and-white livery.
In addition to the thoroughbred racing pony car, the winning bidder will get enough documentation to require a separate trailer.

Check out the full story at the listing below. There are only a few days left to pony up the $1.1 million Buy It Now price.