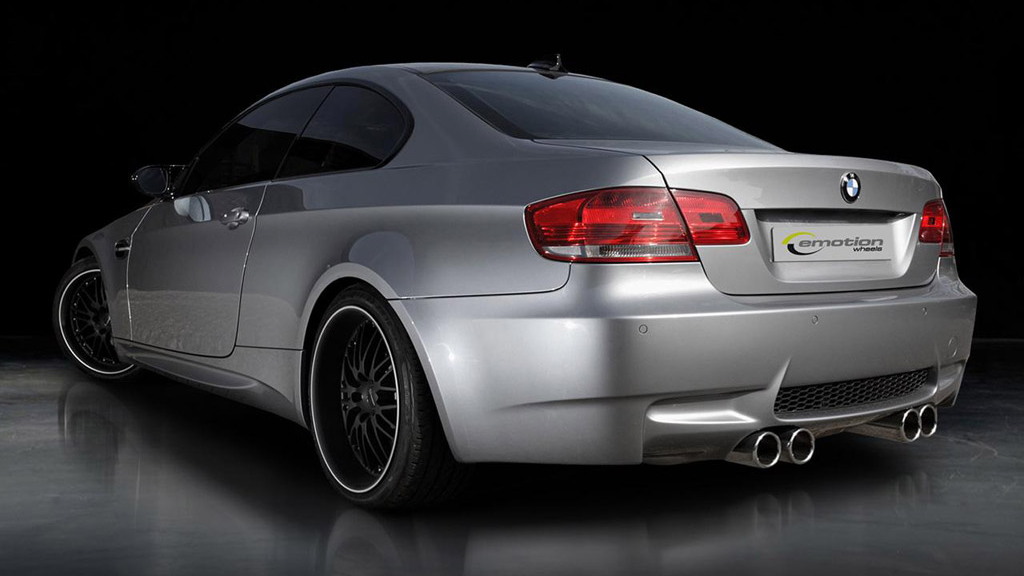 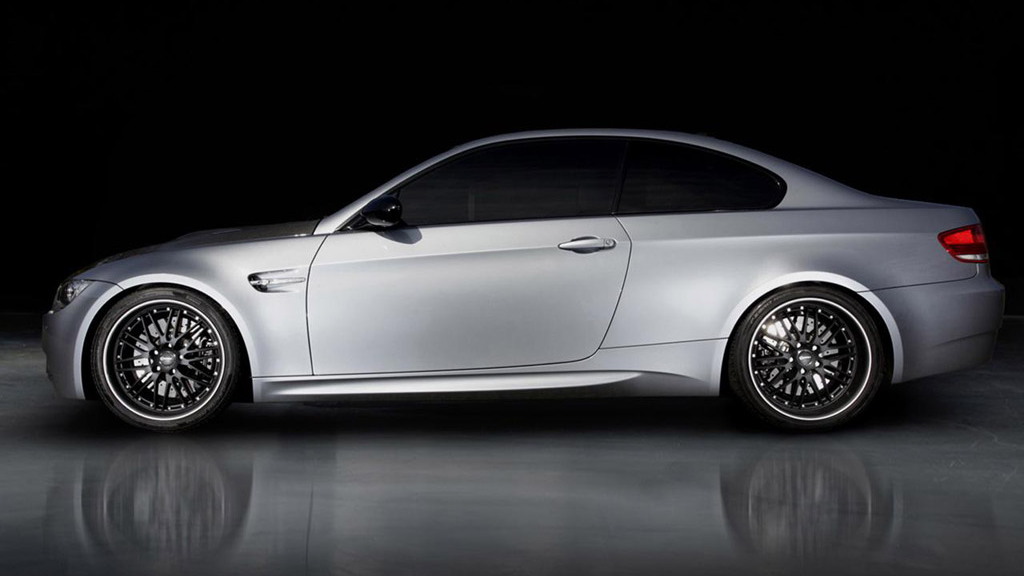 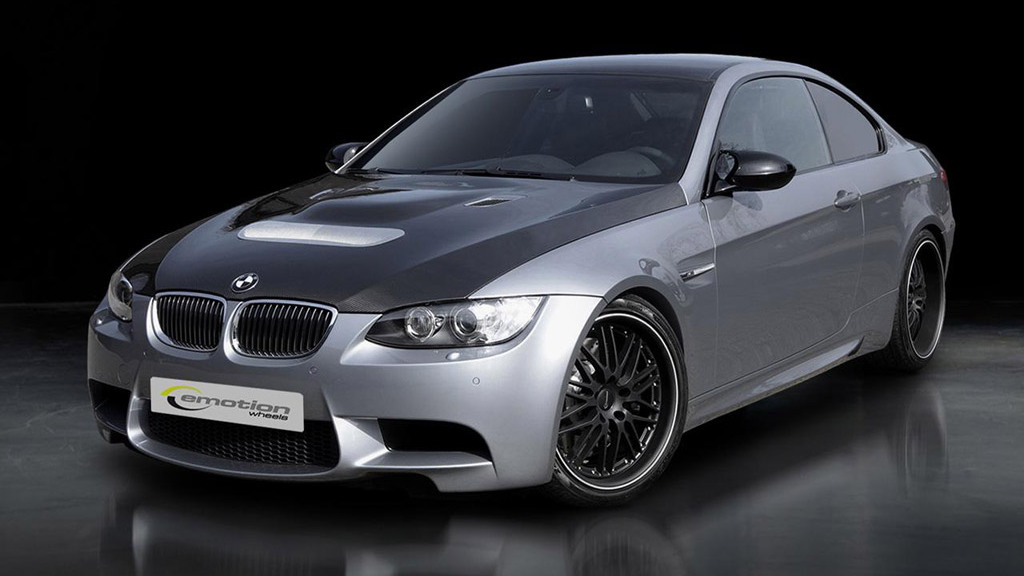 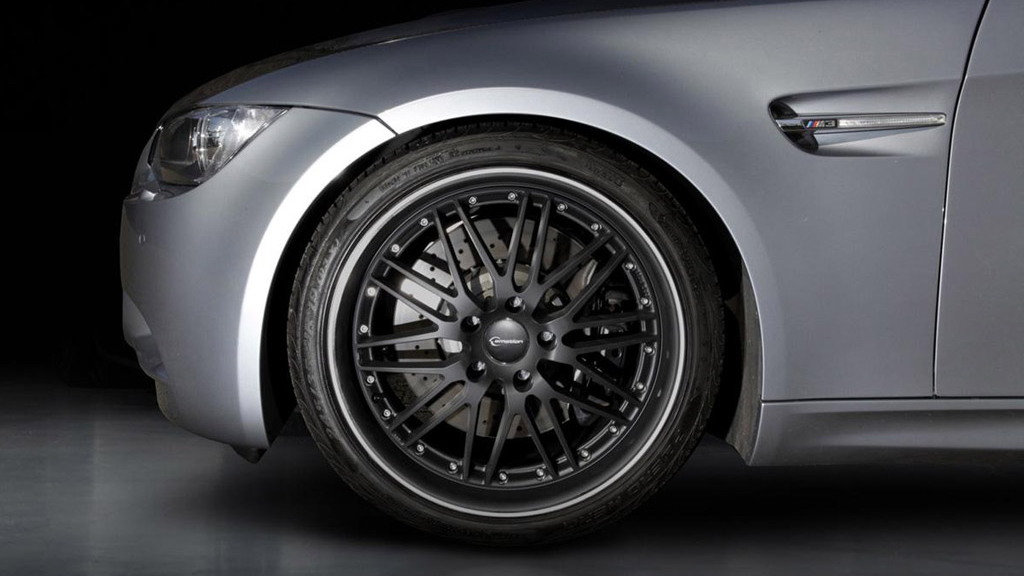 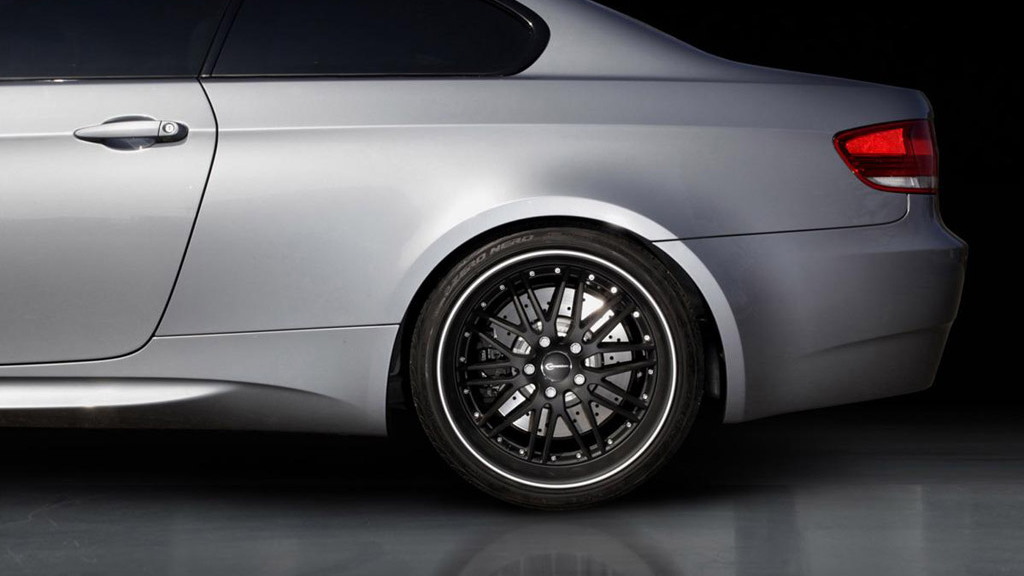 A high-revving, sweet-sounding V-8 is a marvelous thing, and BMW's 4.0-liter V-8 in the M3 is a capital example. The tuners at Emotion Wheels, however, weren't satisfied with the factory-supplied 414 horsepower so decided to shoehorn the twin-turbocharged 4.4-liter V-8 from the X5 and X6 M SUVs into the tiny M3’s engine bay. Not only that but they also decided to boost output from the mighty V-8 to a tire-vaporizing 707 horsepower.

The argument for adding the twin-turbocharged V-8 was to give the usually high-strung M3 some more low-end grunt as well as boost overall performance. Additional power was brought about by a modified exhaust system and tuning of the engine’s ECU.

All Emotion Wheels M3s--whether the engines are tuned or not--can be equipped with a custom aerodynamic kit, carbon-fiber replacement body panels, uprated brakes and several chassis and suspension mods. The final touch is a set of 19 inch Wasabi matte black alloy wheels.

No performance specs have been revealed--or pricing for that matter--but expect the car’s 0-60 mph time to be significantly better than the 4.8 seconds of the standard BMW M3. Top speed should also be well in excess of the standard car’s 155 mph.