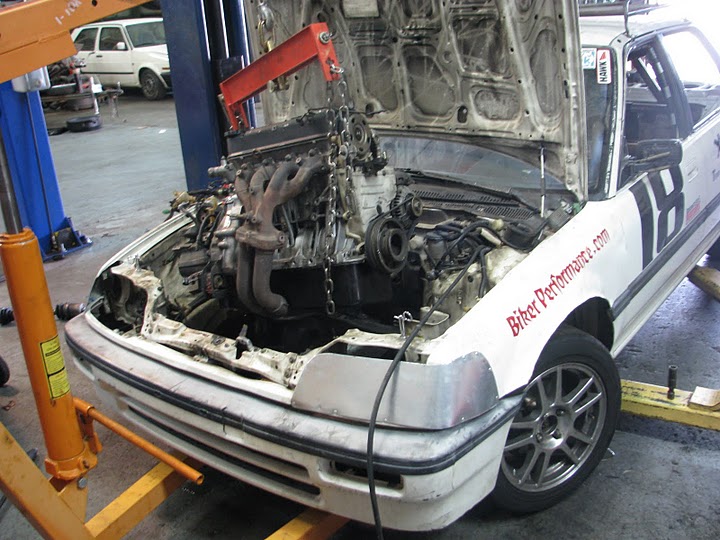 We weren't all born with a silver dipstick in our engine bays, and that's just fine. But what's a regular Joe to do when he's been bitten by the racing bug? Even the most basic forms of "amateur" racing can cost tens of thousands of dollars per season, not to mention the cost of sourcing and building the car. That's where the budget racing series come in.

The 24 Hours of Lemons is the original, and still the greatest, in terms of the extravaganza of awesomeness and in terms of total number of entrants. But there's a newcomer vying for grassroots attention, a series called Chumpcar. While both series are founded around the idea of running $500 cars (not including safety equipment) in endurance races, they go about doing things a bit differently.

The Lemons crew is a brilliant one, and they turn out events that are truly events, in the theatric, entertaining sense. It's as much about the party before and after (or more) as it is about the race. Chumpcar backs off the antics and showboating a bit to deliver a fun-yet-still-competitive atmosphere, with slightly more familiar rules for those that might engage in SCCA or NASA racing on the weekends.

We're not saying either is better than the other--in fact, we're glad both are around, as it's that much more racing we can afford to do--but we're all loaded up and trucking to Nashville Superspeedway this weekend, getting ready to dice it up for 14 long hours behind the wheel--provided the car holds up. We'll have fun, we'll cover all the action, and we might even finish well.

The team is being run out of Little Rock, Arkansas, and owes its very existence to Little Rock Auto Care, without which the 1989 Honda Civic sedan would still be growing weeds somewhere, and all the scavenged go-moderately-fast parts would be lying in junkyards, pining for a home.

Today we have travel, check-in, tech and final novice schools (this is the first Chumpcar race we've been to) to clear, then it's into the sack for a good night's rest before the fun starts Saturday morning and rolls through until 11:00pm.

Stay tuned for more on the race as the weekend unfolds.