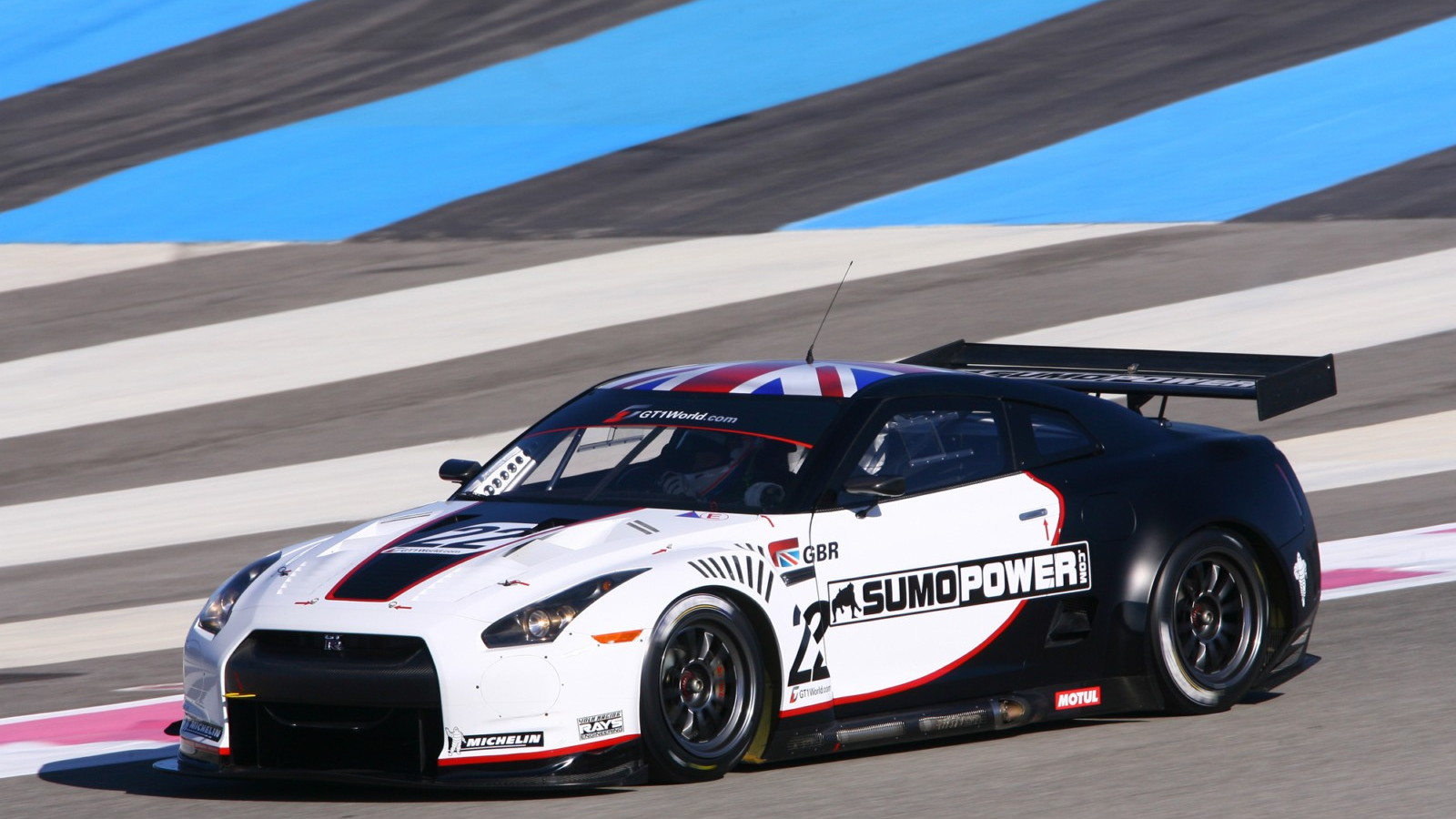 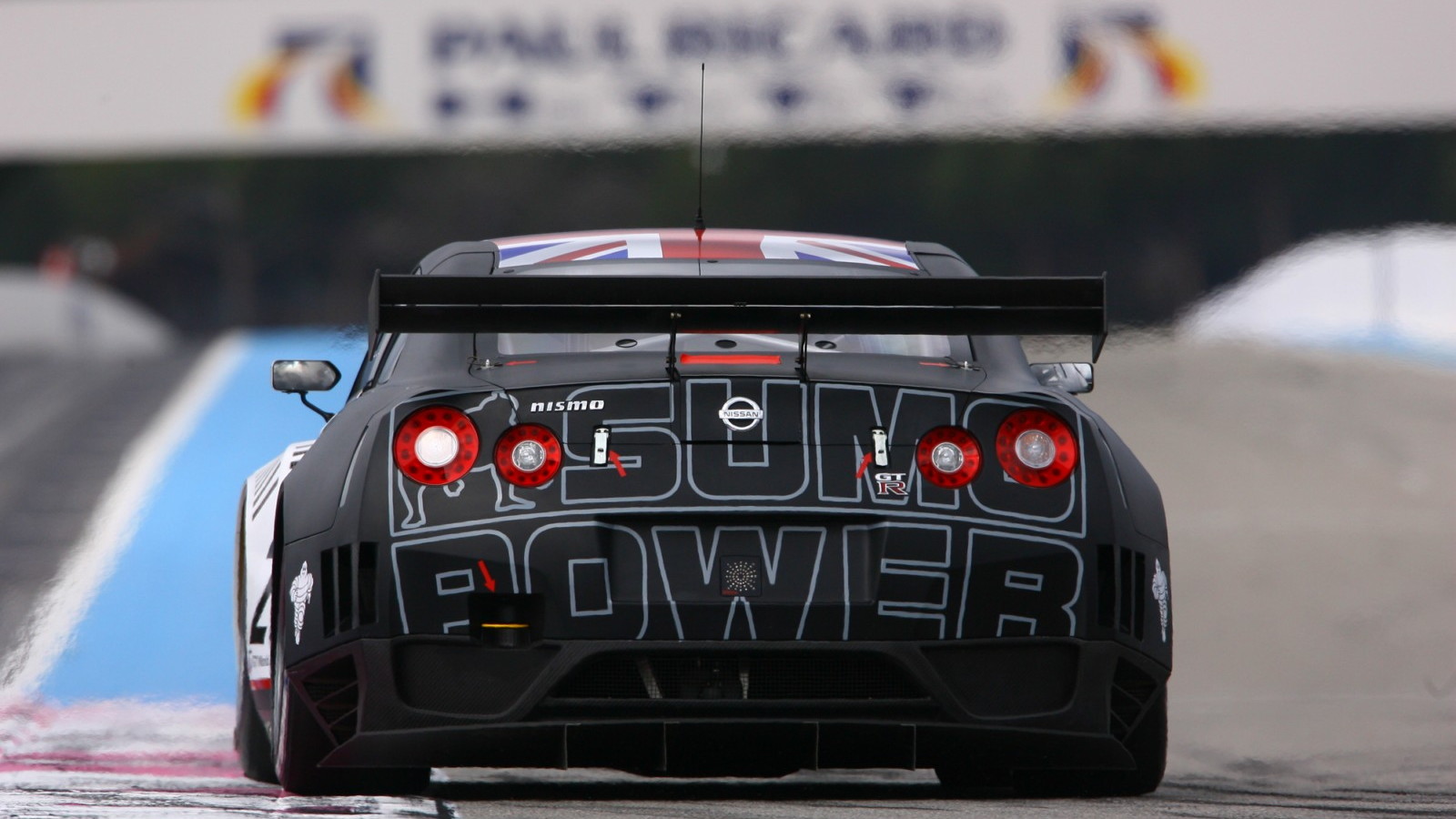 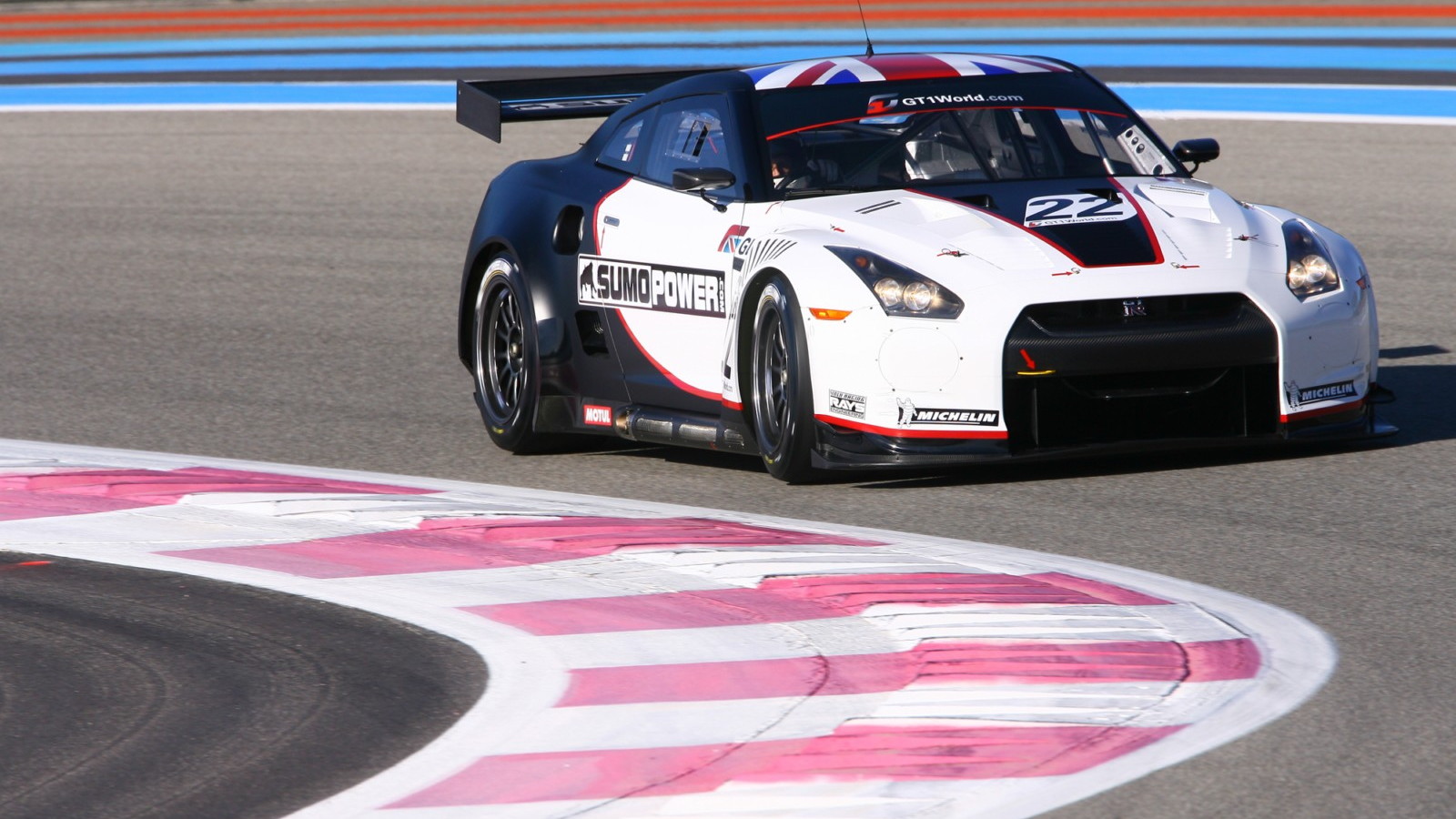 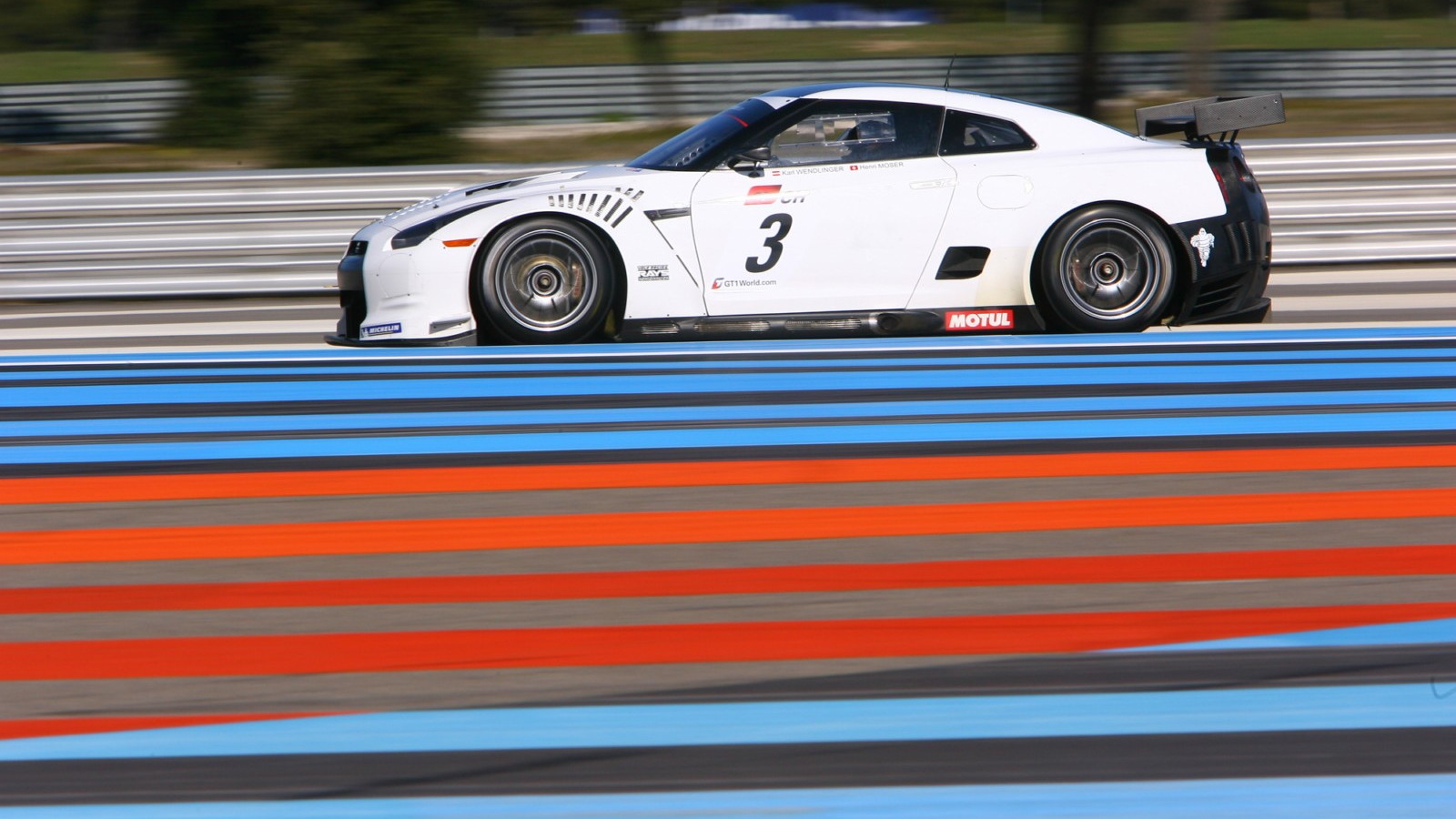 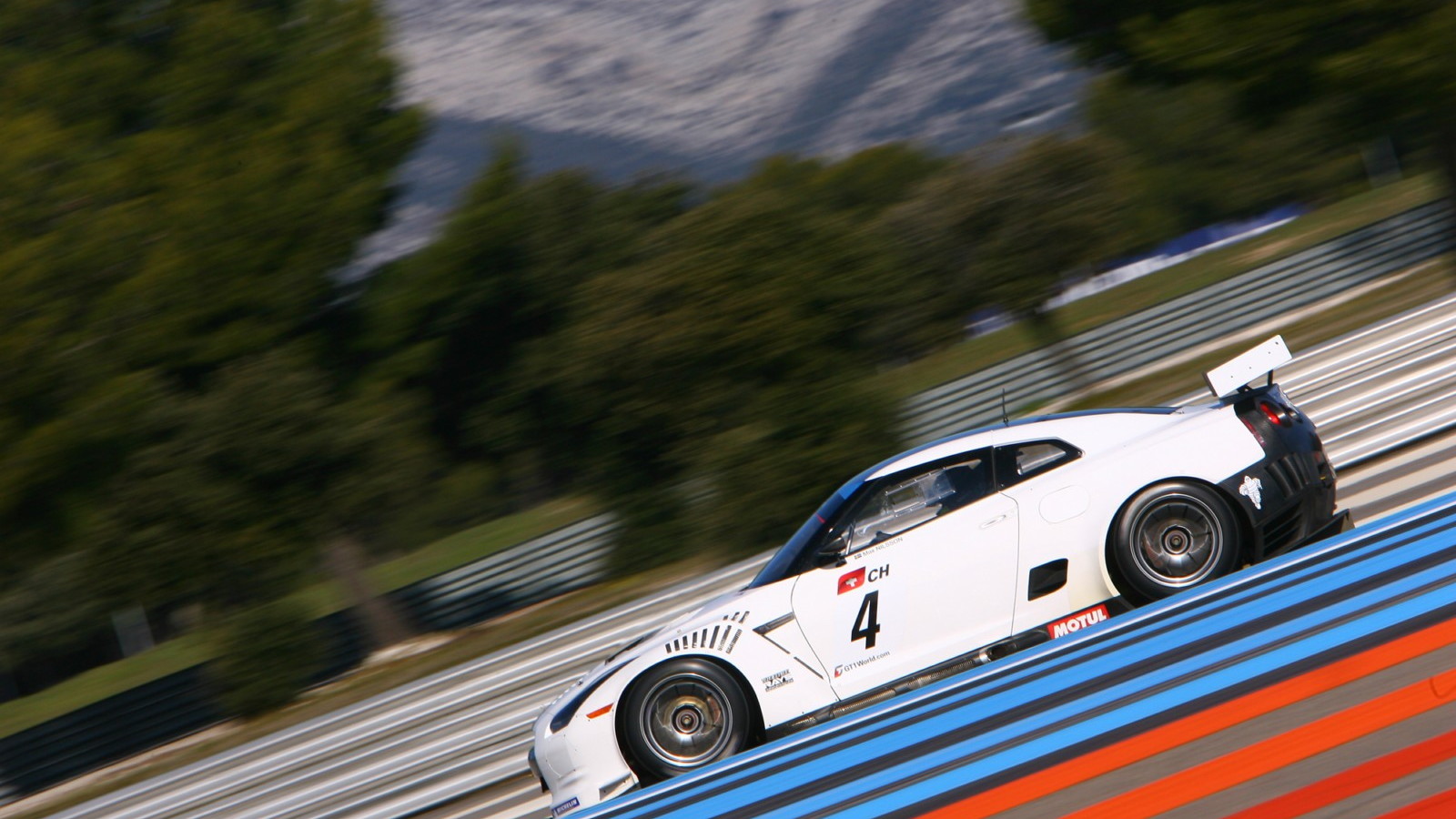 FIA GT1 racing is a no-holds-barred battle royale among the world's top carmakers, with some of the fastest production-based cars in the world taking to the track against each other. The latest to join the GT1 ranks is the Nissan GT-R, unveiled today in Paris.

Built by Sumo Power GT and Swiss Racing in cooperation with Nissan and NISMO, the Nissan GT-R GT1 car is as stripped-down and focused as you'd expect it to be. Details on the car are few, but it will campaign 10 races, starting in Abu Dhabi.

The previous Nissan GT-R GT1 car used a VK56DE V-8 racing engine displacing 5.6-liters and worth 600 horsepower and 480 pound-feet of torque routed through a Ricardo six-speed sequential transmission and a triple-plate clutch. The new car can be expected to feature a similar drivetrain, in addition to plenty of carbon fiber body work, carbon ceramic discs, and polycarbonate windows to cut weight.