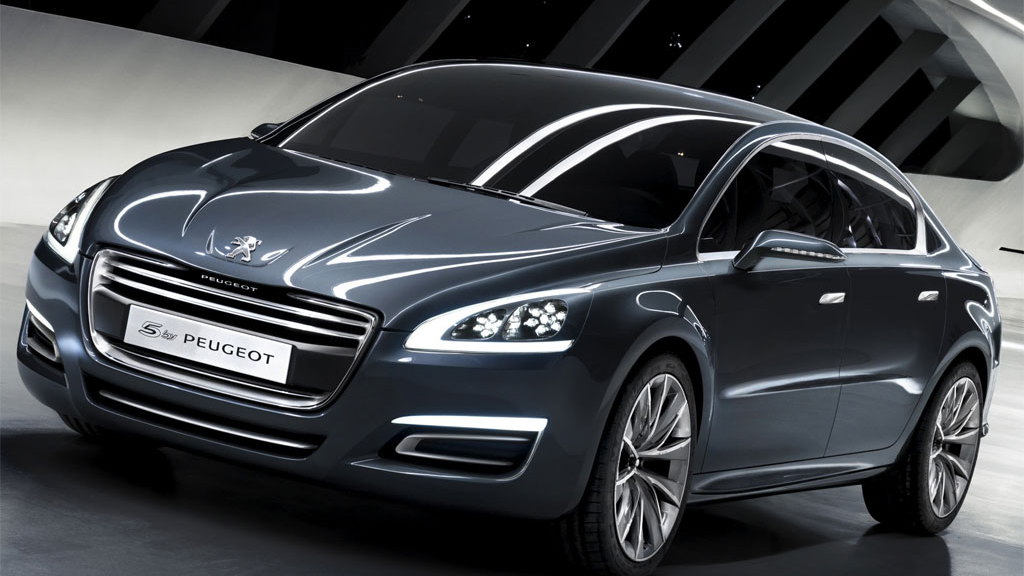 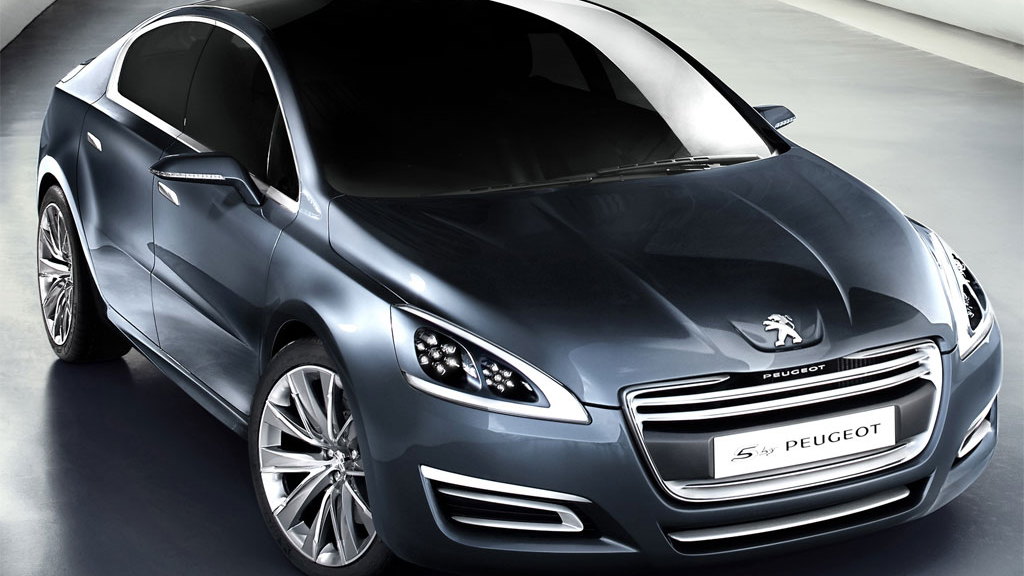 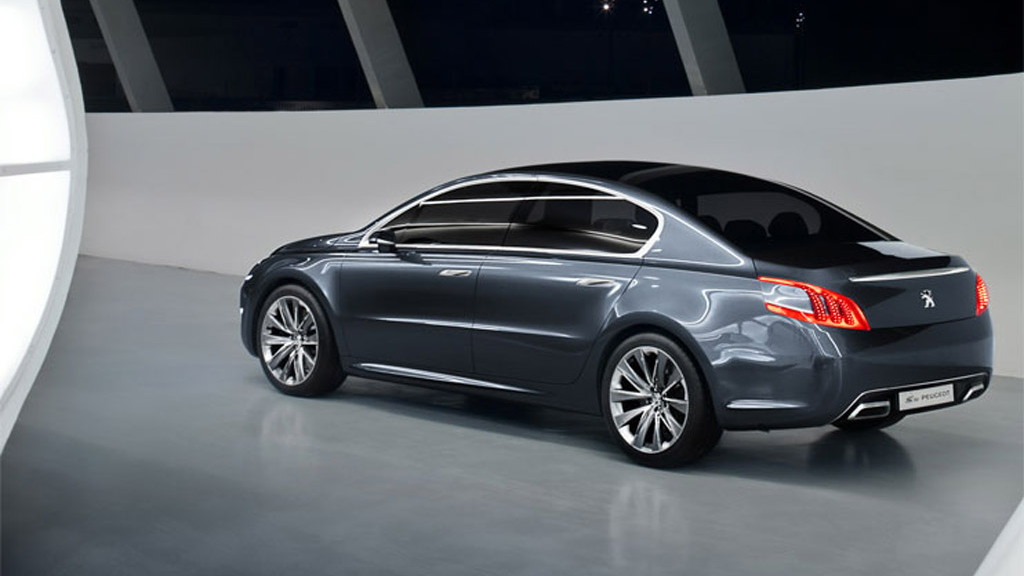 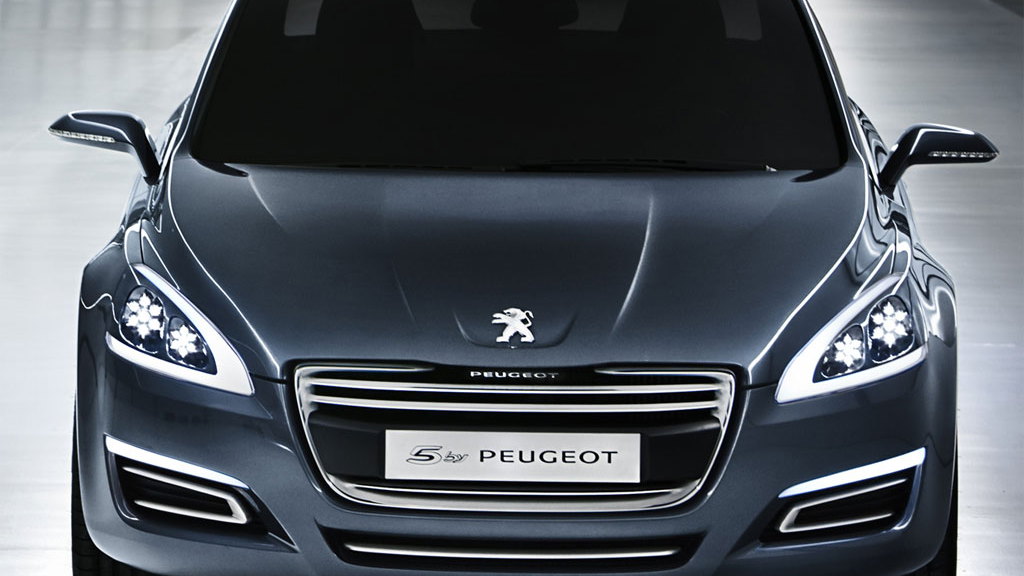 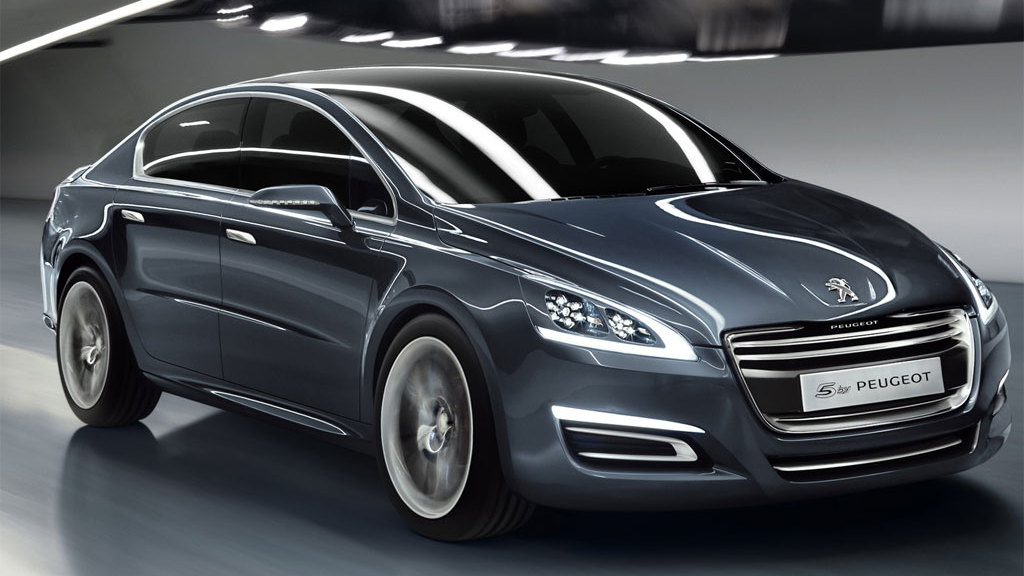 Peugeot is in the midst of a design transition, having recently appointed new design director Gilles Vidal and then previewing a new design language with the striking SR1 concept. Now the French automaker has revealed the equaling stunning 5 by Peugeot concept car, showcasing a possible design direction for the large luxury vehicle segment, which you can interpret as being a preview of the next-generation Peugeot 608 flagship sedan.

New elements in Peugeot’s latest design language include the contoured body, a stronger and more masculine grille, a long aluminum bonnet and LED detailing both front and rear. The concept also features streamlined flanks that are enhanced by brushed-aluminum window surrounds and door handles, combined with sculpted 19 inch wheel trims.

Powered by the automaker's forthcoming HYbrid4 technology, the new 5 by Peugeot features a 163 horsepower 2.0-liter HDi diesel engine driving the front wheels and a 37 horsepower electric motor on the rear axle. This arrangement provides a peak output of 200 horsepower, an electric only mode for low speed operation, all-wheel drive traction when required and a fuel economy of up to 74.3 mpg.

The modular technology of the HYbrid4 system can be combined with a range of naturally-aspirated engines according to market requirements, and can be fitted to different body shapes and different platforms. The first production version will debut next year in the Peugeot 3008 crossover.

Both the 5 by Peugeot and previously revealed SR1 concept cars will be unveiled on March 2 in Geneva.