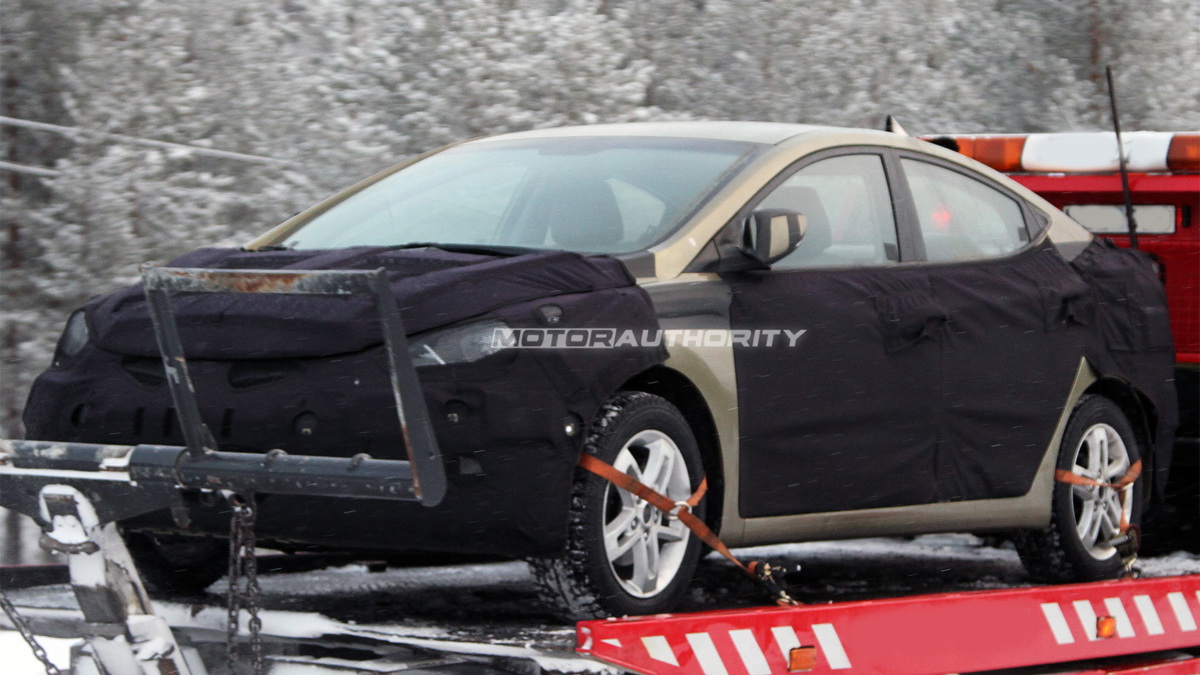 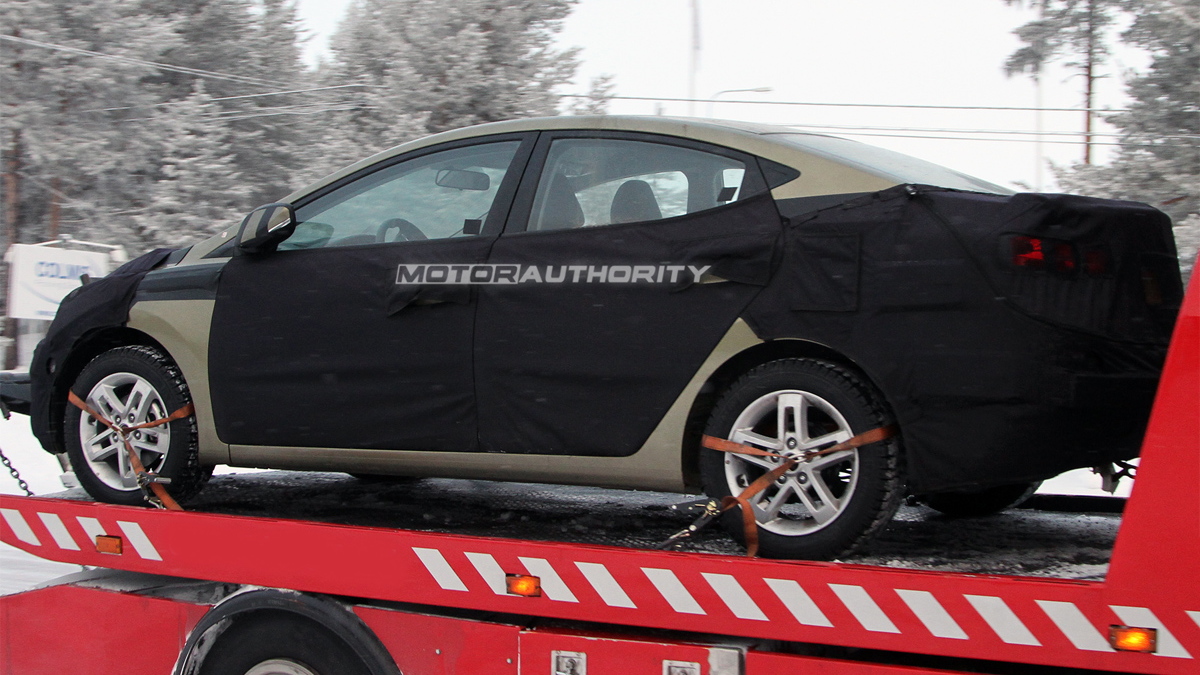 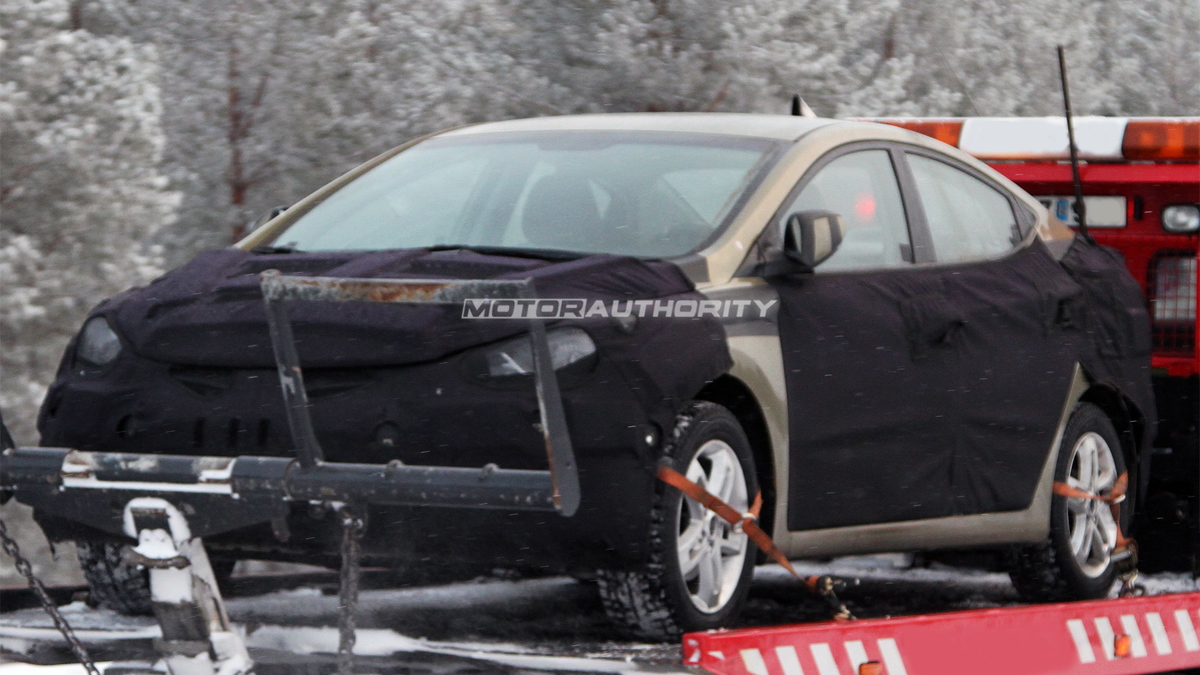 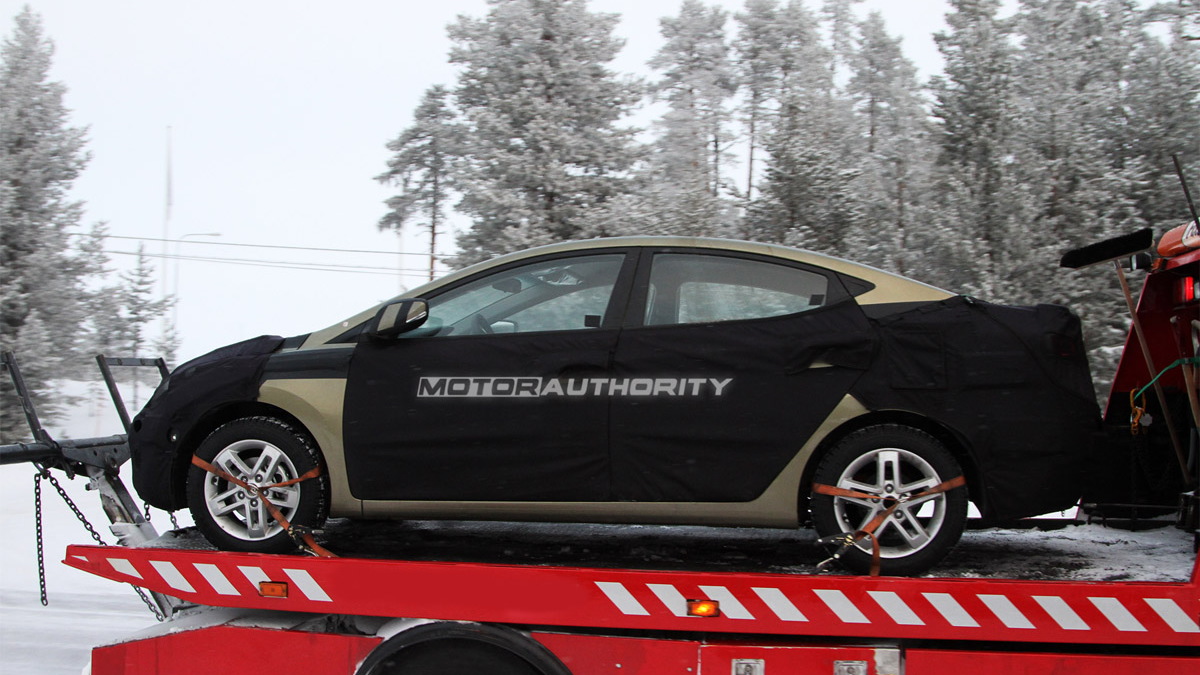 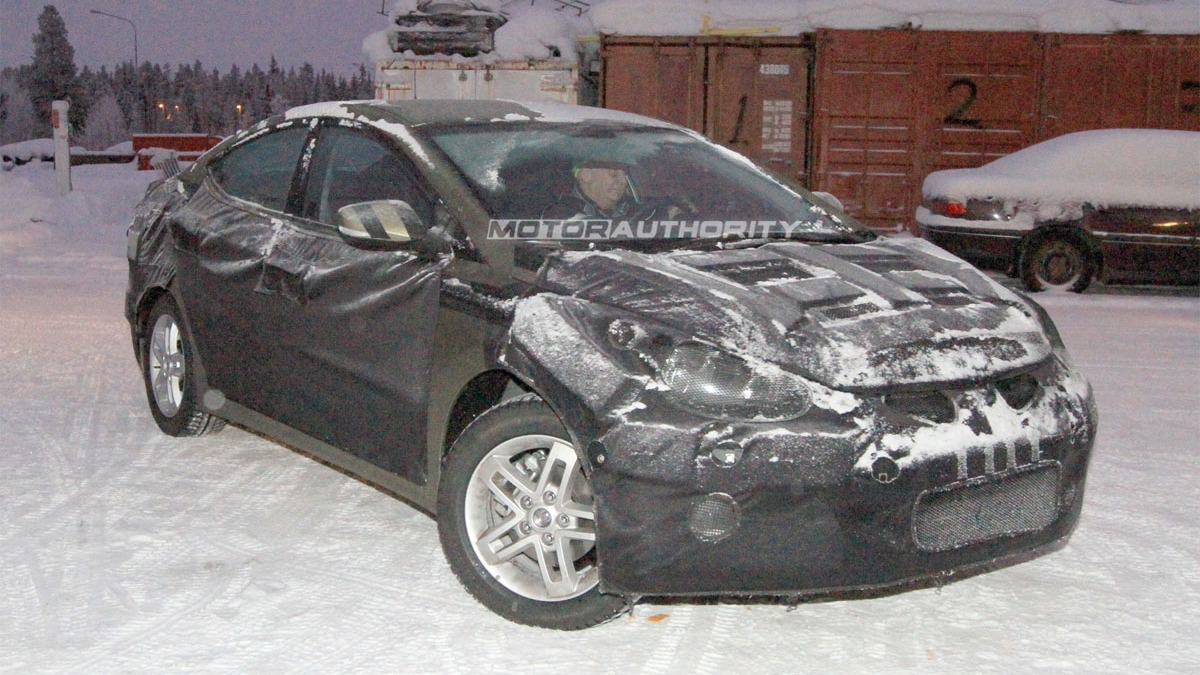 With a fresh range of cars already underway, including the 2011 Hyundai Sonata, the Genesis Sedan and Coupe and the upcoming Equus executive limousine, Hyundai is rapidly reshaping its presence.

The latest to join the range is the 2011 Hyundai Elantra, spotted in the snow and on the back of a transport truck clad in camo gear in these spy shots.

Like the rest of the updated Hyundai range, the Elantra is getting major visual updates, including a sleeker, more coupe-like profile despite its four-door layout, a high rear deck, and hints of the flowing design along the sides also found on the 2011 Sonata. The front end, likewise, gets updates to the hood and bumper shape, with the long, angular headlights now common to several Hyundai cars.

Key specs and details of the 2011 Hyundai Sonata still remain in darkness, however, including powertrain plans. The new Theta II direct-injection four-cylinder engine, designed in-house by Hyundai and already pegged to make its debut on the Sonata, is a likely shoo-in for inclusion as the standard option, however, and it will likely be mated to a six-speed automatic transmission.

Hyundai's plans for the updated 2011 Elantra are to take on the Honda Civic, Ford Focus, Chevrolet Cruze and Toyota Corolla as a more feature-packed, highly styled competitor at a similar price point. Judging by the success Hyundai's had with the Genesis models and the soon-to-come halo offering of the Equus, the Elantra will be one to watch.