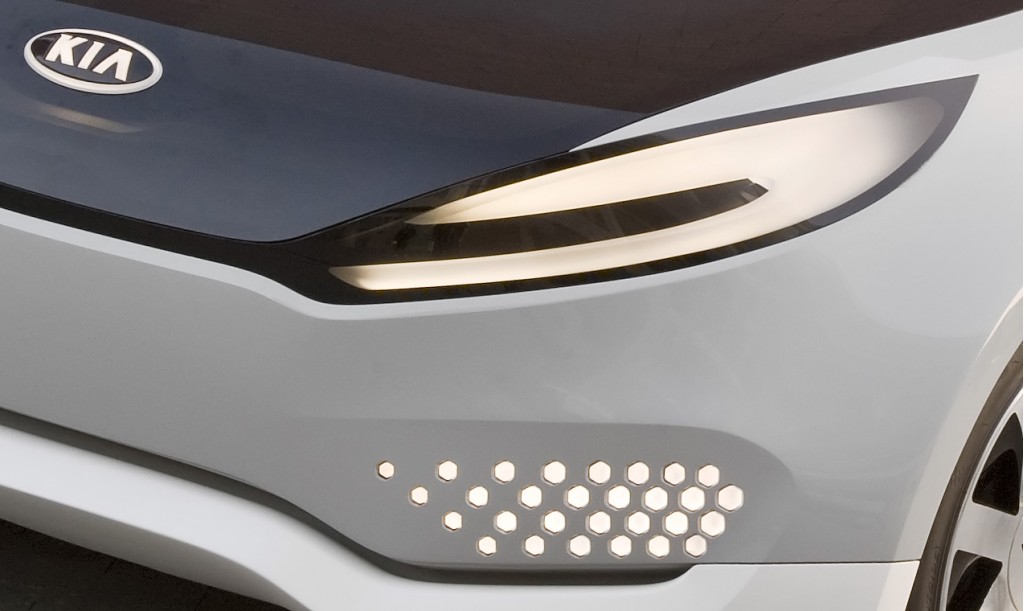 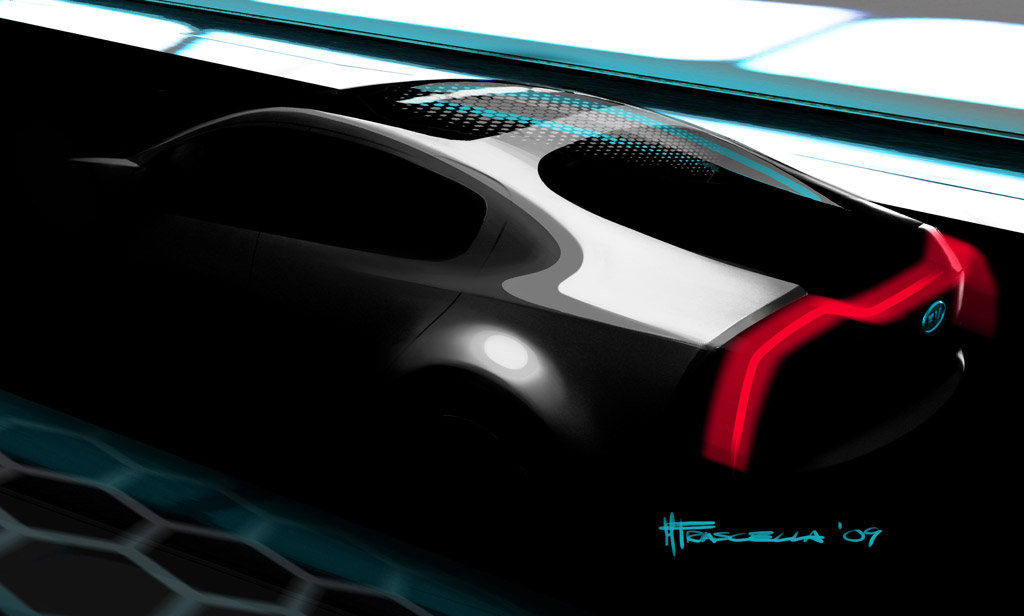 With a stable full of fresh new production cars, Kia is planning a new design concept for the 2010 Chicago Auto Show, which kicks off next week. The Kia Ray plug-in hybrid concept offers a preview of how Kia will package its developing plug-in hybrid technology, and this second teaser gives us a glimpse of the car's front end.

The first teaser revealed the concept's rear three-quarter view, masked in darkness, but showing off a sporty fastback profile,  a panoramic glass sunroof, some very muscular haunches and what appears to be LED detailing on the rear tail-lamp assembly. The new teaser reveals little more, but carries forward the decidedly futuristic theme.

Nothing else about the car has been revealed yet, but with just 7 days to go until the February 10th unveiling, there's not long to wait now.

The Ray was penned by the team at Kia Design Center America and is a preview of the direction Kia is considering for a future plug-in hybrid vehicle--one that appears to be stylish and sporty.