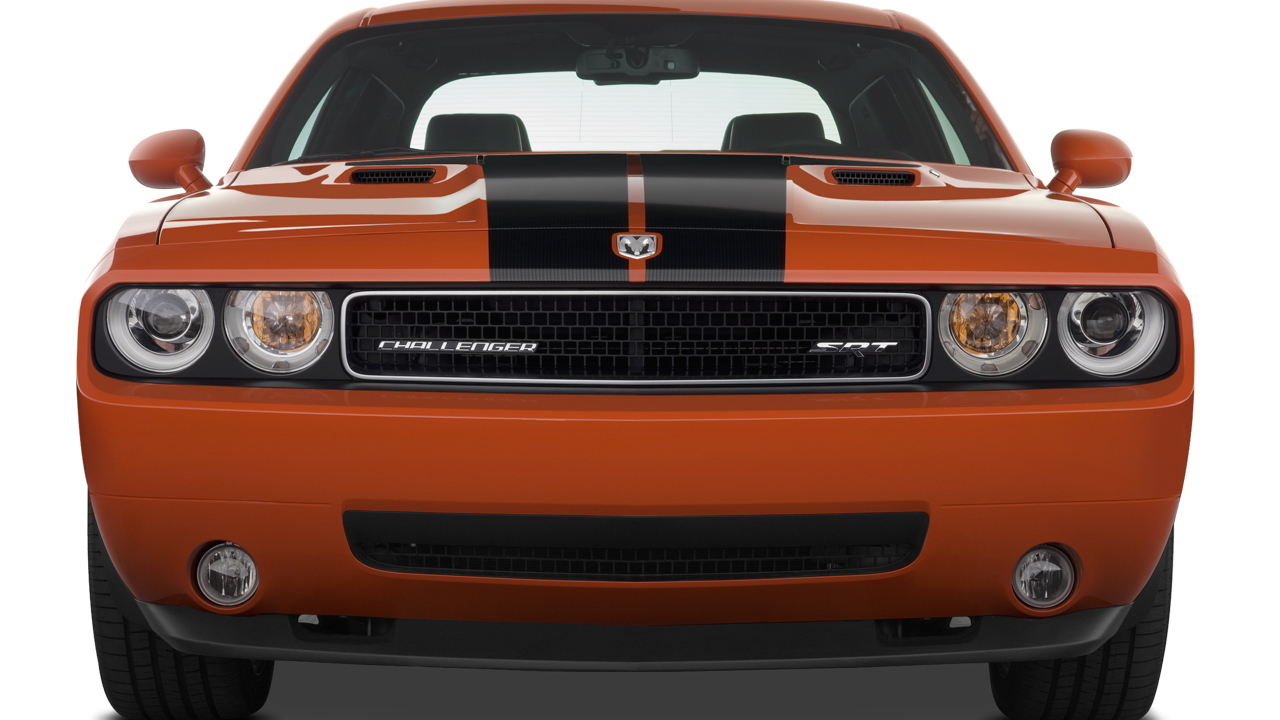 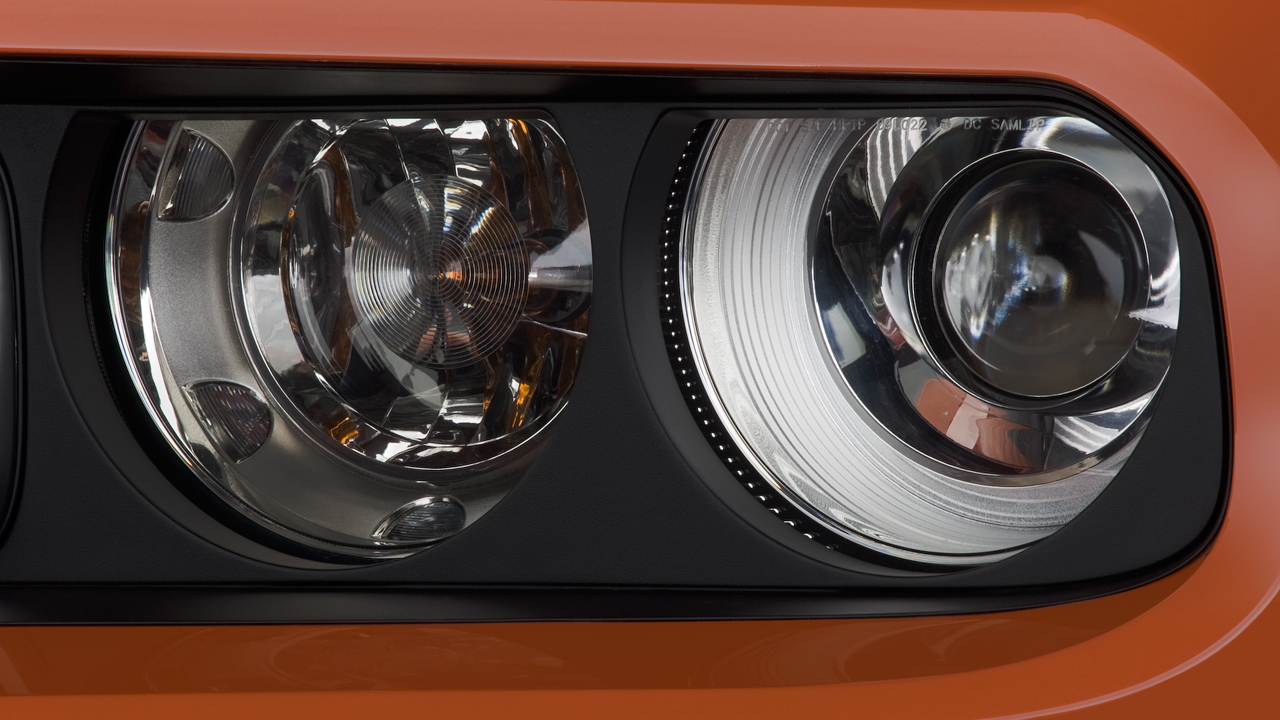 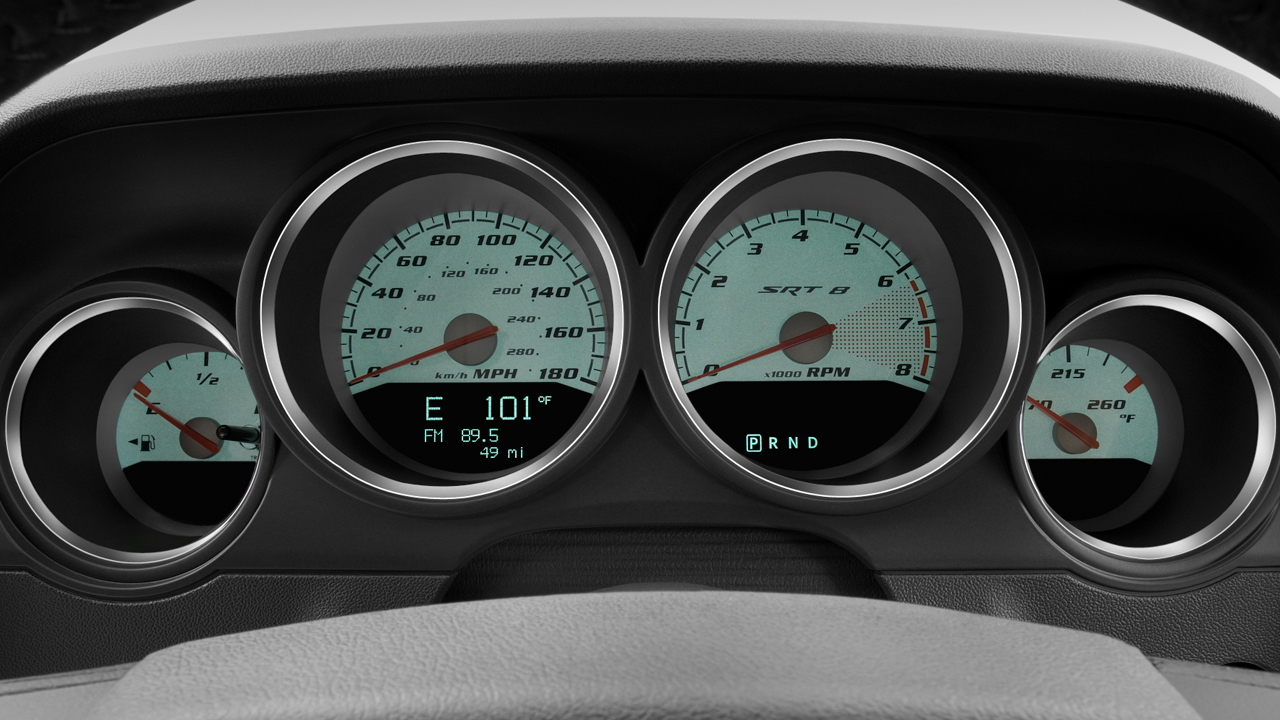 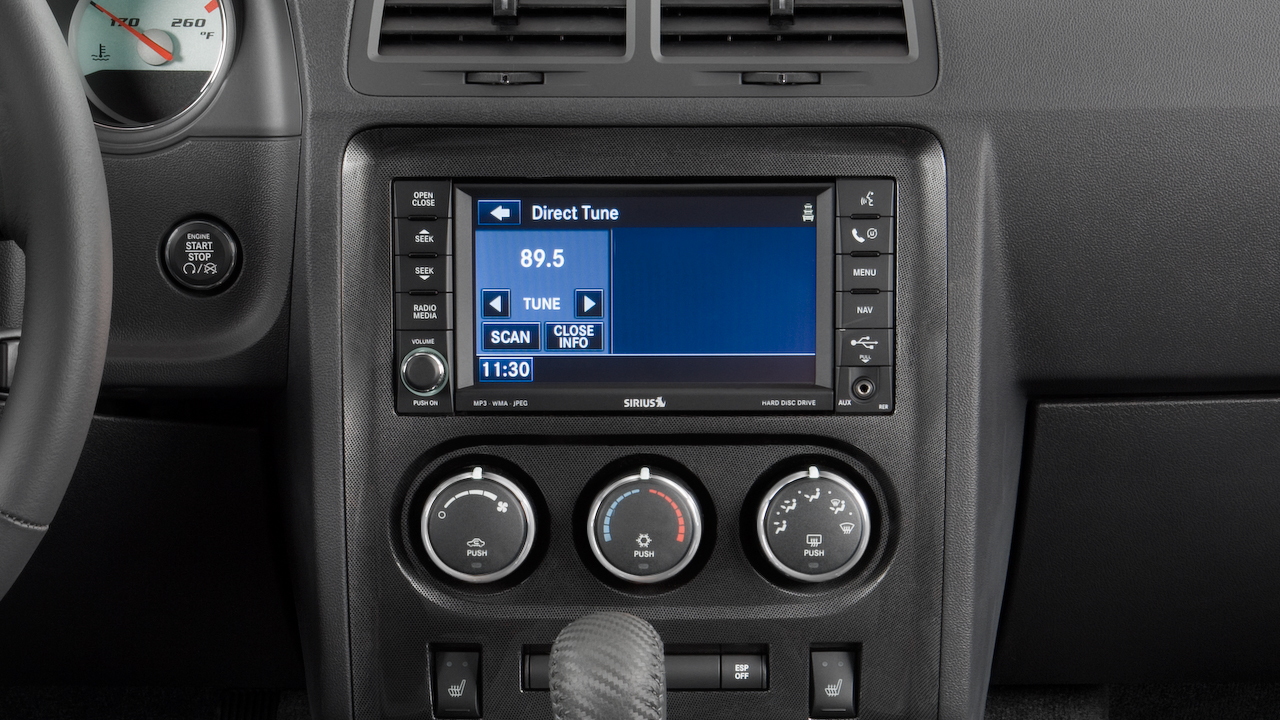 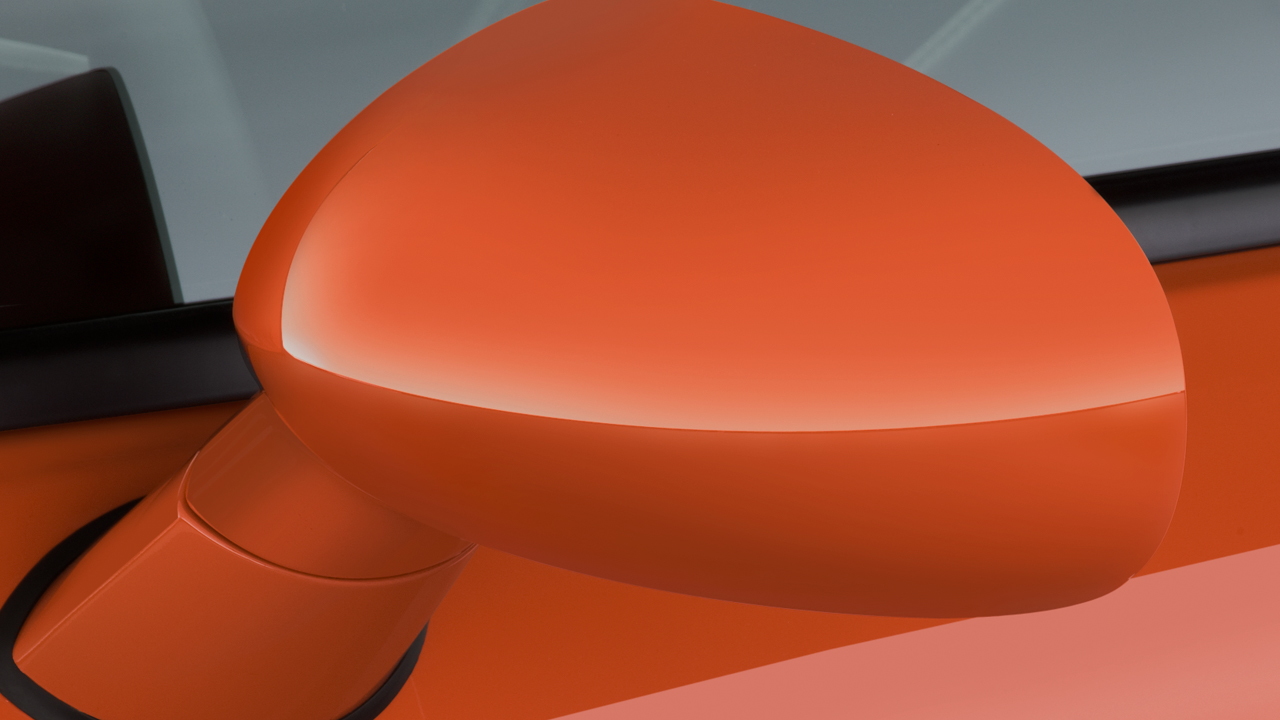 There’s no question: The $43,655 2010 Dodge Challenger SRT8 is challenging. Challenging to certain male egos; challenging to judgmental mothers-in-law; challenging to humorless, Saab/Volvo/Honda Odyssey-driving soccer moms…. Challenging even to some muscle-car aficionados who think the big, bad Dodge is just a little too retro.

Still, fans and even critics cannot help but check out this car. Example: At the strip mall I dashed into the supermarket for 15 minutes, parking the Dodge at the far edge of the lot, the better to avoid rogue shopping-cart dings. When I emerged pushing my own cart a gaggle of males had gathered around the SRT8, wagging their tongues, pointing out details. We chatted; the younger guys took turns behind the wheel; the older ones asked about specs; guys in the middle asked if I’d smoked the tires—had I shown anyone up at a stoplight?

If you like attention you’ll get plenty driving this car. Save from women, who almost universally thought I was suffering from a mid-life crisis (even female friends who know that I review cars asked after my mental well being when they saw the Dodge). Women. Don’t. Get. Muscle. Cars. 'Nuf said.

Still, provided you’re drawn to a car like this you’re probably already secure in your relationships with the fairer sex—or will give up anything to enjoy 0-60mph times under five seconds and the absolute thrill of starting up a 6.1-liter HEMI V-8 with 425 horsepower. This much is hard to argue; the Challenger with this motor can hustle. Luckily, it can also handle. It helps that the baddest Challenger model comes with fat, 245/45ZR20 rubber and a smartly tuned fully independent suspension. Smart? Recall that this is a breed of car that in its original and even very recent guise was measured only by one factor: quarter-mile times. We have, thankfully, arrived at a more nuanced age (at least in this regard), one in which even the engineers of muscle cars have learned how to make all those ponies do more than one trick.

So, yep, the two-plus-ton, 16.5-foot long Dodge is a big sucker, but for all its heft and size the car corners predictably and if you know what you’re doing, lets you dance the back end out to power slide around corners, even with the stability control in play. If you were racing the SRT8 you’d want to wag that tail, because even in its most aggressive guise the Challenger exhibits enough body roll to otherwise wallow on initial turn-in, an effect made worse if you’re pushing hard because the stability control “wants” to correct a car — any car — that’s drifting wide of its intended path. The safe way to make short work of fast esses in the SRT8 is to use the throttle to nudge the rear tires free as you approach the apex—pause for stability control to aid the car in hooking up on its new line, toward the turn’s exit—then get back on the gas and rocket out of the corner. Repeat as necessary. Howl with laughter at the good time you’re having.

And while nailing 60mph in second gear—a pistol-grip six-speed manual is the only way to order your SRT8—is also gobsmacking fun, the nifty little secret about the Challenger is that it’s not a beast to drive daily. That suspension that can feel too soft at extreme moments of play is otherwise forgiving and enjoyable during around-town driving, and won’t beat your bones on the crappy Interstate at 75mph. Slow it to 70mph and in sixth gear and at about 1,800rpm you’ll pretty easily milk that 22 mpg EPA rating.

The Challenger’s also reasonably pragmatic. It’s a two-door, and dumbly, there’s no latch release to auto-slide the front perches forward to allow rear-seat access, but headroom is limited in the aft quarters anyway, so this really isn’t an ideal family car. Um, duh! Then again, rear seats split 60/40 and flip forward, so biggish packages will slide through the trunk into the cabin. And because the Dodge is big, this extra cargo capacity makes the Challenger more useful than either the Camaro or Mustang.

Now a few words about the Challenger’s remaining challenges. 1. The molding around the trunk lid repeatedly fell off on our tester every time we popped the hatch. 2. Speaking of the trunk, the gutters outside the aforementioned molding are sloppily finished, with multiple seams and visible bolt heads attaching the trunk-lid hinges. How come? Cars that cost half as much show more refined finish work. 3. Trim grades feel cheap. There are excellent, supportive leather seats in the SRT8, but elsewhere trim just seems like an afterthought, especially where hands meet surfaces, such as the steering wheel and in the plasticky feel of buttons and knobs. Note to Chrysler: the new Dodge Ram  interior is a step in the right direction. Even better: study VW.

Why nag? This is a nearly $44,000 car; the details need to be as refined as you’d find if you bought any other $44,000 car. From Audi; From BMW. And these days, from Ford, too. Don’t argue that because this is a muscle car that doesn’t matter. That’s no excuse; the tiniest details matter, regardless of the genre of car—or personal electronic device. We live in an age of extremely high quality fit and finish. It’s not 1970 when the first Challenger was born and all that mattered was the quarter-mile time. Sorry Chrysler. It’s 2010 and I own a piece of you (as does the rest of the American tax base). We want you to succeed. To do that you must obsess over every little detail.

Lord knows your competition already does.