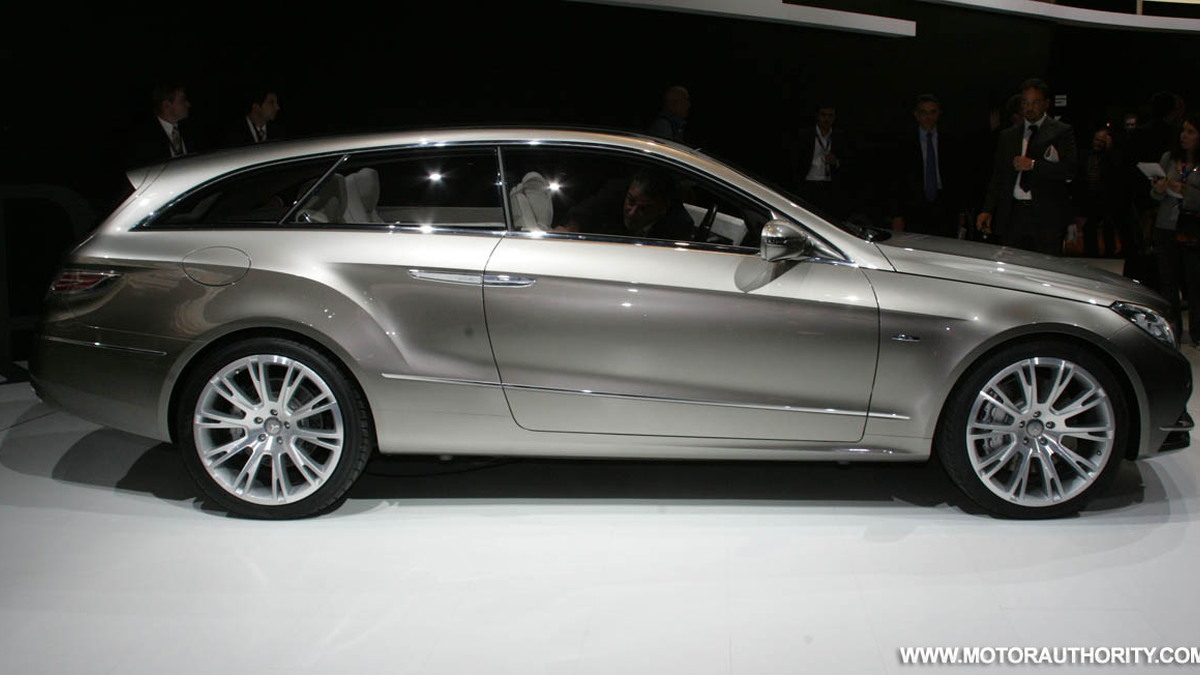 When Mercedes-Benz revealed the Concept Fascination at the 2008 Paris Auto Show, most in the industry looked at it as a preview of the E-Class Coupe, albeit in shooting brake form. It turns out that prediction was accurate, but there's yet another car coming that may play on its design as well: the CLS wagon.

Reports of the car's green-light for production have begun to emerge today, and though there's nothing official about the car yet, a "high-ranking Mercedes source" is referenced as the source of the information.

So what might a CLS wagon look like? Not terribly unlike the Concept Fascination, but with four doors and more CLS-themed styling. Considering the CLS's coupe-like styling and the presence of rival vehicles like the BMW 5-Series Gran Turismo and Acura ZDX, Mercedes may also be shooting for a patch of that indecipherable niche form factor. Powertrains will mimic the CLS sedan it will share underpinnings with, with both rear-wheel and all-wheel drive models in the offing.

The wagon will come alongside the next generation of the CLS, according to the report, though it won't come until partway through the model cycle. The next-gen CLS is due to hit the U.S. early this year, but the wagon won't be on sale until 2012.

It is expected to make an appearance in concept form this year, however, once again at the Paris Auto Show, no doubt leveraging Mercedes-Benz's fondness for fashion tie-ins.

Check out our review of the 2009 Mercedes-Benz CLS to see what the current sedan is like.