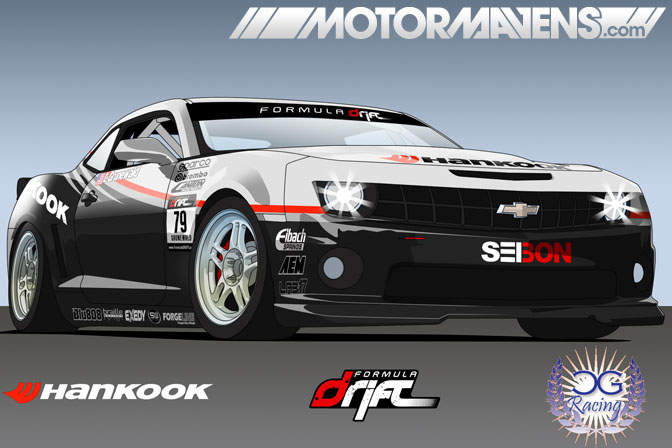 The past 12 months have been poor ones for the world of motorsport, with automakers pulling out of such diverse venues as Formula 1 and rally racing. But some events are bucking the trend, with competitions like the Formula DRIFT Championship showing no signs of slowing.

The latest hero car set to compete in the Formula DRIFT Championship, albeit in next year’s series, is the 2010 Chevrolet Camaro SS, which is being prepared by BR Racing by Luke Lonberger in partnership with Conrad Grunewald Racing. 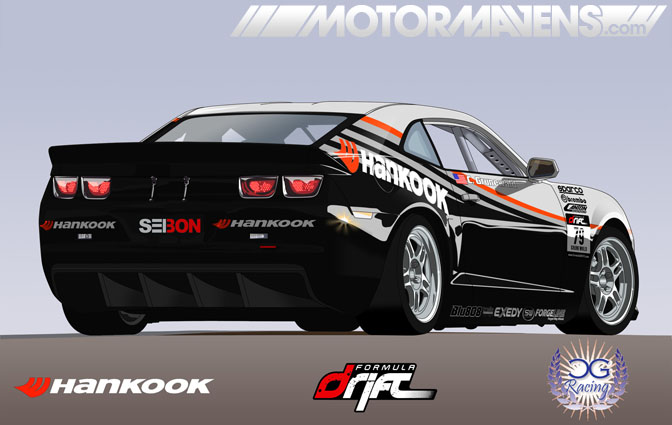 The car will feature Hankook Ventus R-S3 tires on custom Forgeline aluminum 3-piece wheels. Beefing up the handling will be a set of Eibach Multi-Pro-R2 two-way adjustable dampers and coilovers. Power will come from a GM Performance LS-A supercharged 6.2-liter V-8 engine with more than 600 horsepower sent to the rear wheels. All body work will be constructed with carbon-fiber from Seibon Carbon.

The first showing will be at this year’s SEMA event in Las Vegas this November.

Entering its sixth season, Formula DRIFT is recognized as the North American professional drifting championship but the exciting form of motorsport is definitely a worldwide craze.