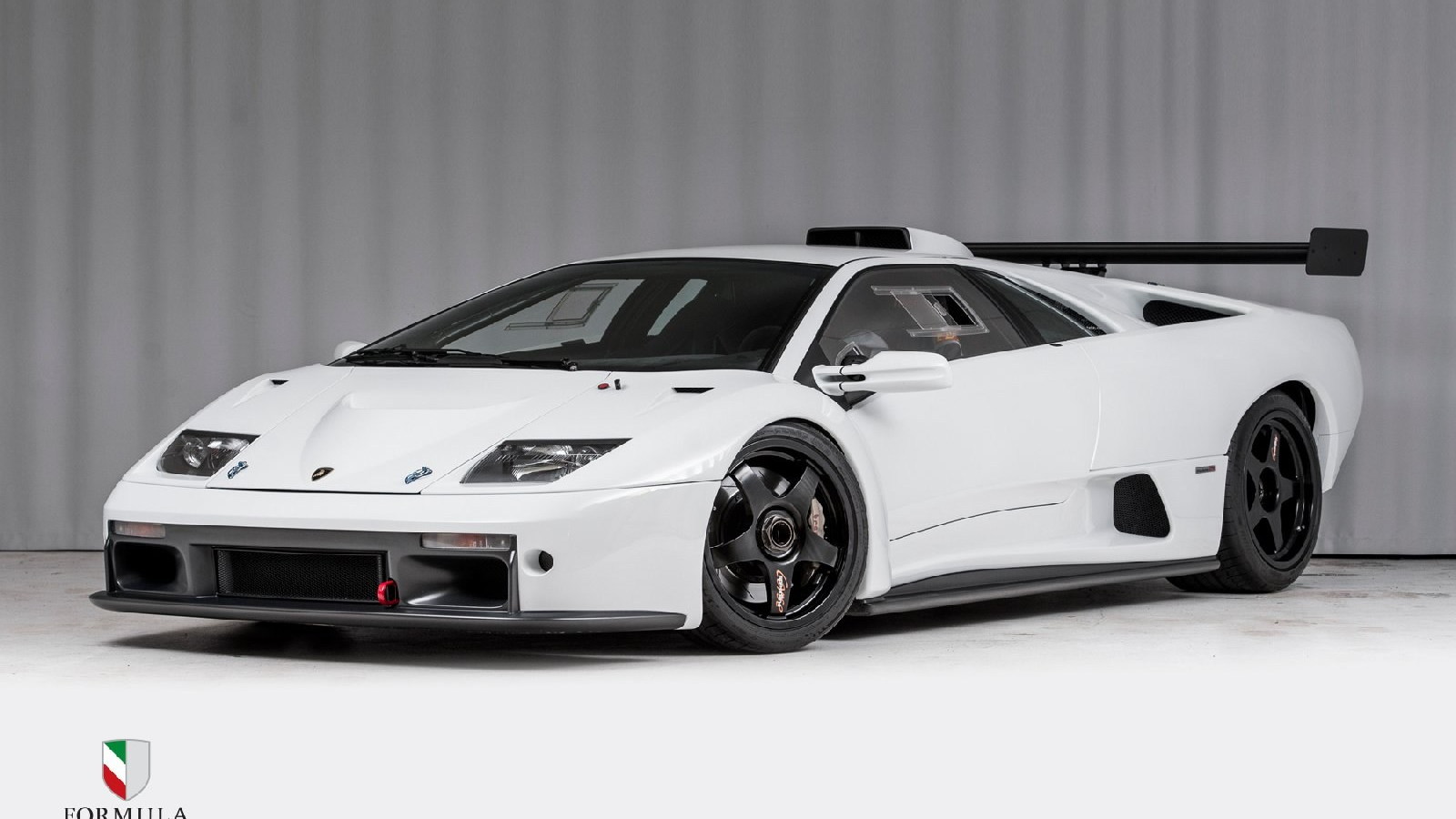 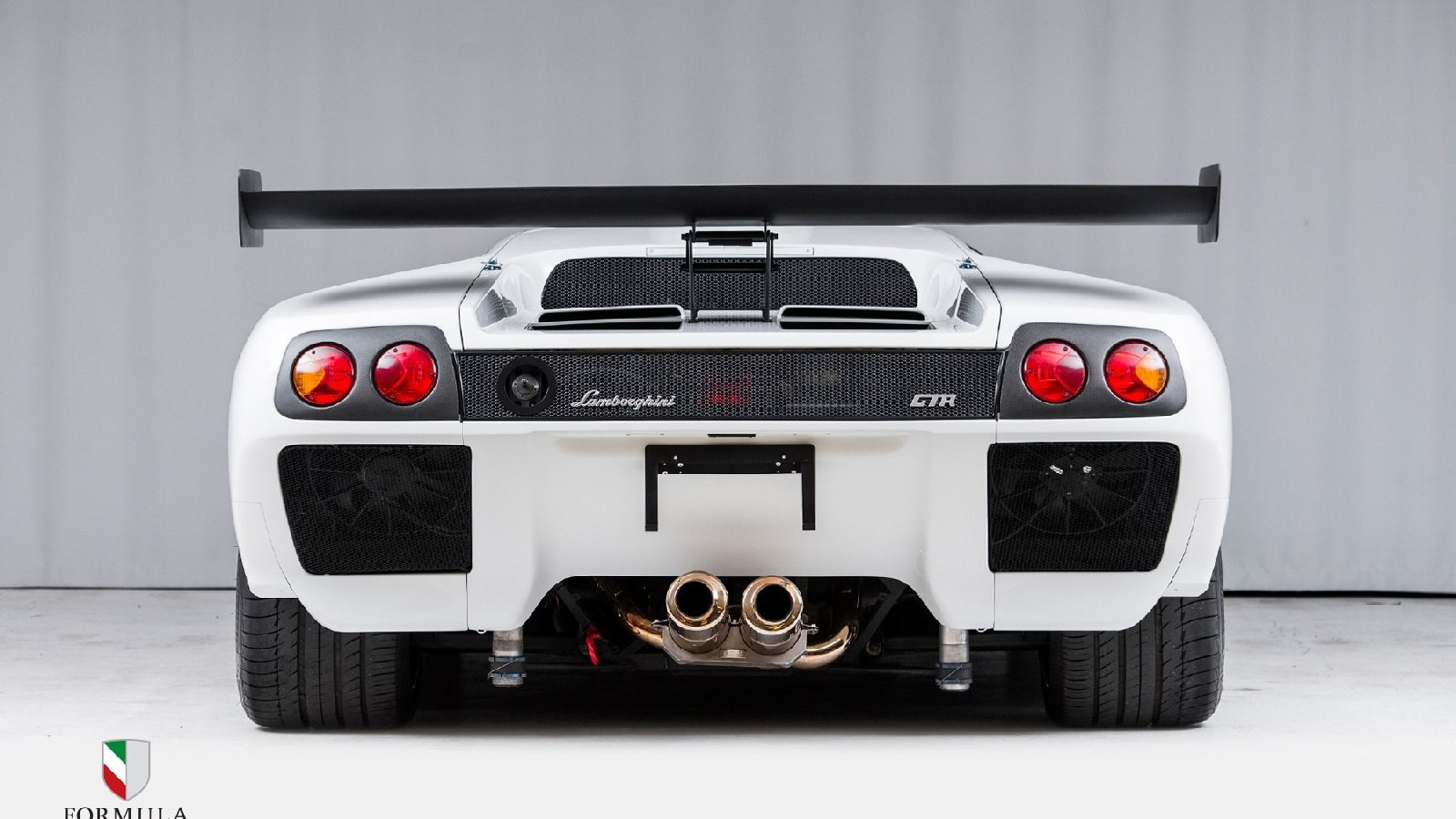 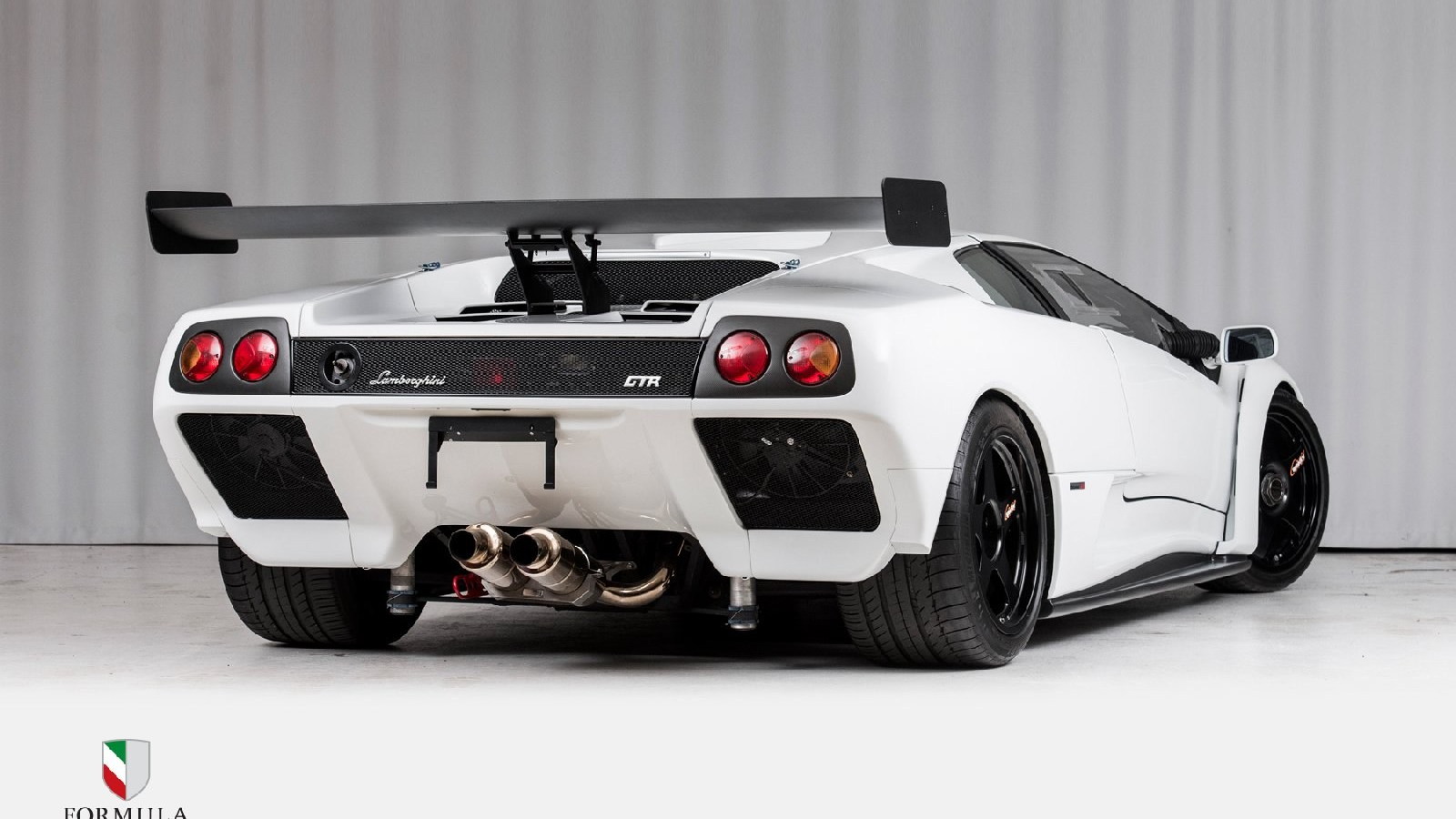 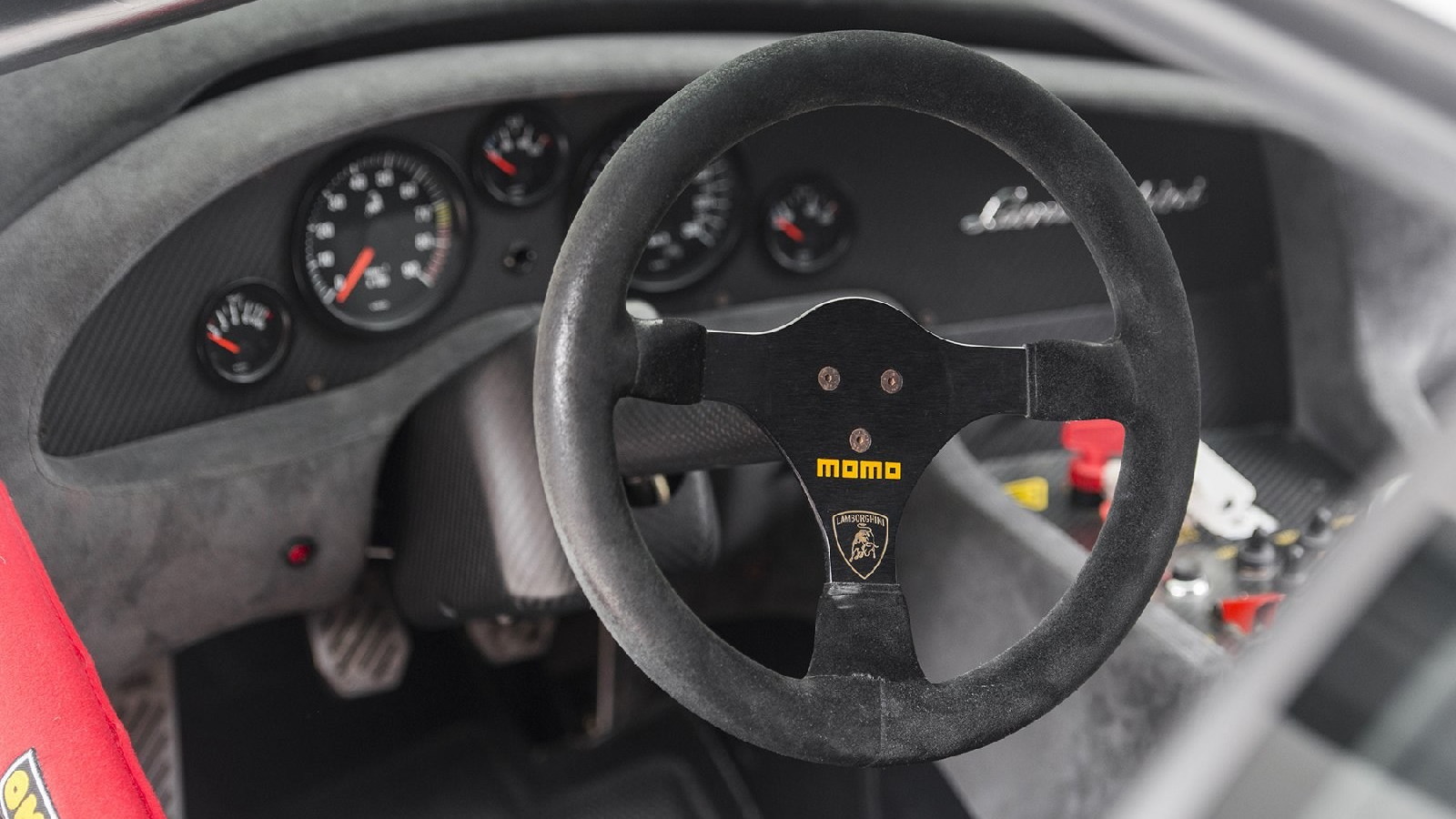 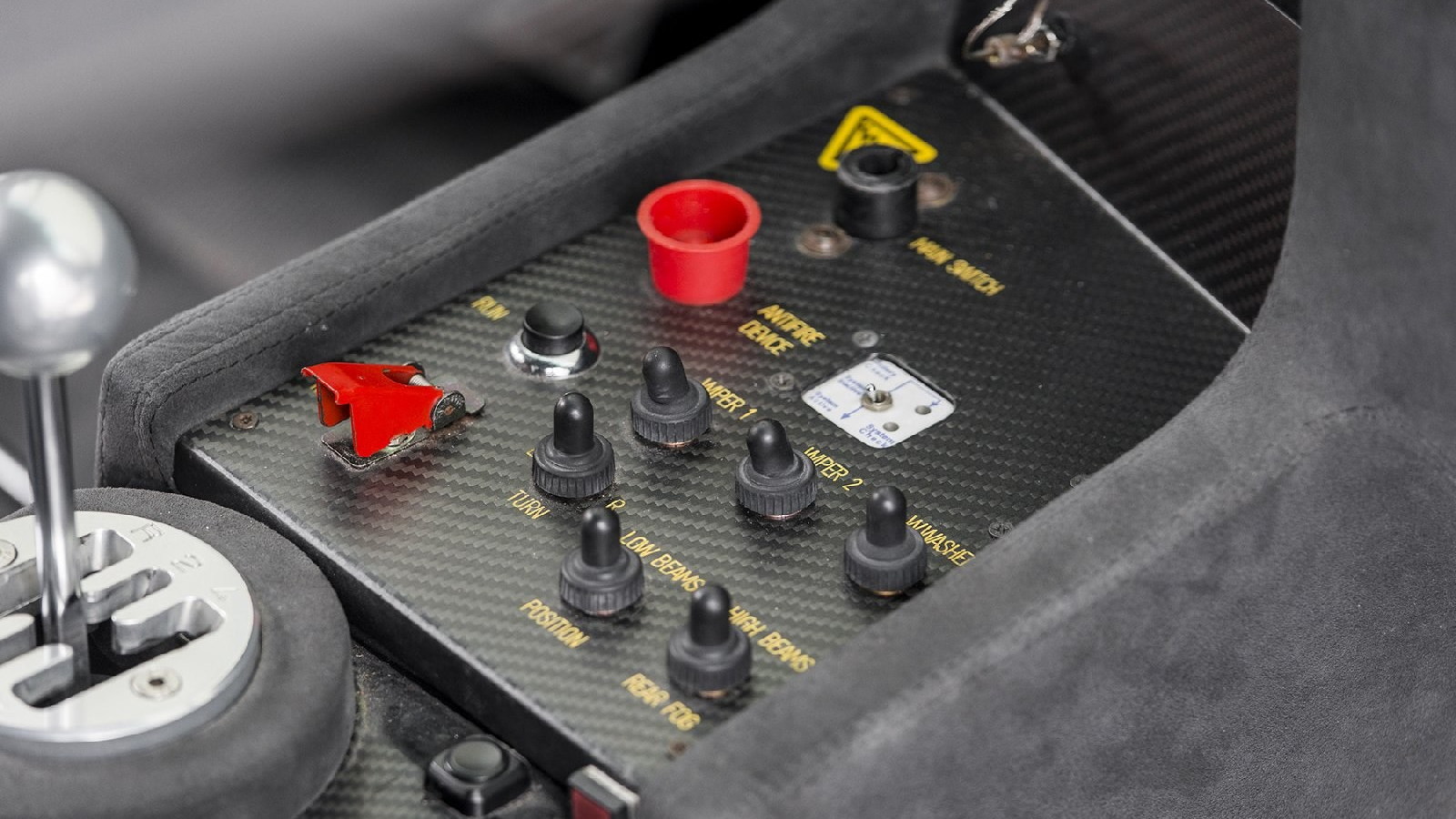 Are you ready to go racing? Do you want to be all shouty and angry about it? Boy, do I have the perfect car for you. Say hello to your new racing ride; the Lamborghini Diablo GTR. But you'd better act quick if you're interested ,because this is an incredibly rare machine and you probably won't have a shot at another one anytime soon.

When I say rare, I mean rare. Lamborghini sold just 30 examples of this pumped-up, track-prepped version of the already insane Diablo road car. This one bears a plaque that shows it's number 22 out of the 30 built and it has a bit over 6,000 miles on its odometer. That means the mighty 6.0-liter V-12 engine sitting out back has barely had time to stretch its legs.

When it does get time, you'll find 590 horsepower and over 470 pound-feet of torque at your disposal. Backing up the engine is a five-speed manual gearbox and a host of upgraded parts for your time at your favorite racing circuit. This includes a roll cage, racing seat, a stripped down interior, and an air jack system to raise the car in the pits. It needs that system because it's actually too low for a regular rolling jack.

Good old number 22 here is offered for sale in Denmark by Formula Automobile. There's no word on the pricing on this car, but another one popped up for sale back in 2011. That car had just 780 miles on the clock and the asking price was nearly $700,000. Even though this one has more miles, it's only aged like fine wine, so prepare your checking account for a hurting.

Then take your anger out on the car when you bring it to the track.