Gordon Murray is working on a V-12-powered supercar that he's described as the true successor to the McLaren F1, which he designed three decades ago.

The new supercar is called the T50, and it's set for a reveal next May (deliveries won't start until 2022, though) as the first product from Murray's own car brand, Gordon Murray Automotive.

The veteran designer, who in his 50-year career has penned multiple championship-winning Formula One race cars, originally planned to use his years of experience driving the F1 as a benchmark for the ride and handling of the T50, rather than line it up against any of the current crop of supercars and even hypercars, which he sees as too heavy and complex to be compared with the T50. 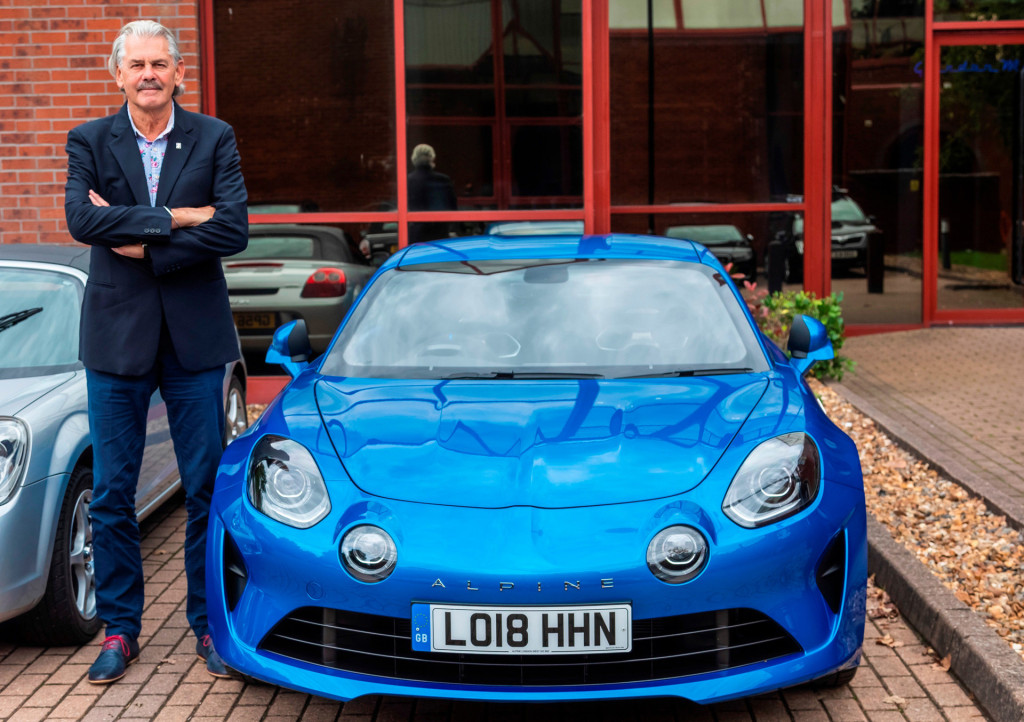 Gordon Murray after taking delivery of an Alpine A110 in 2018

In an interview with Car Throttle published on Saturday, Murray said the tiny, 4-cylinder sports car has the best ride and handling of anything he's driven since the Lotus Evora, which was his previous favorite.

Murray and his team at Gordon Murray Automotive actually pulled apart the A110 to see what makes it tick and determined that there was nothing fancy. Rather, the car just did the “basics really well.” Don't worry, Murray had the A110 put back together. He uses it as a daily driver together with a Suzuki Jimny, the latter of which he needs when it snows.

And in case you're wondering what Murray used as a benchmark for the McLaren F1? That honor goes to the first-generation Acura NSX.