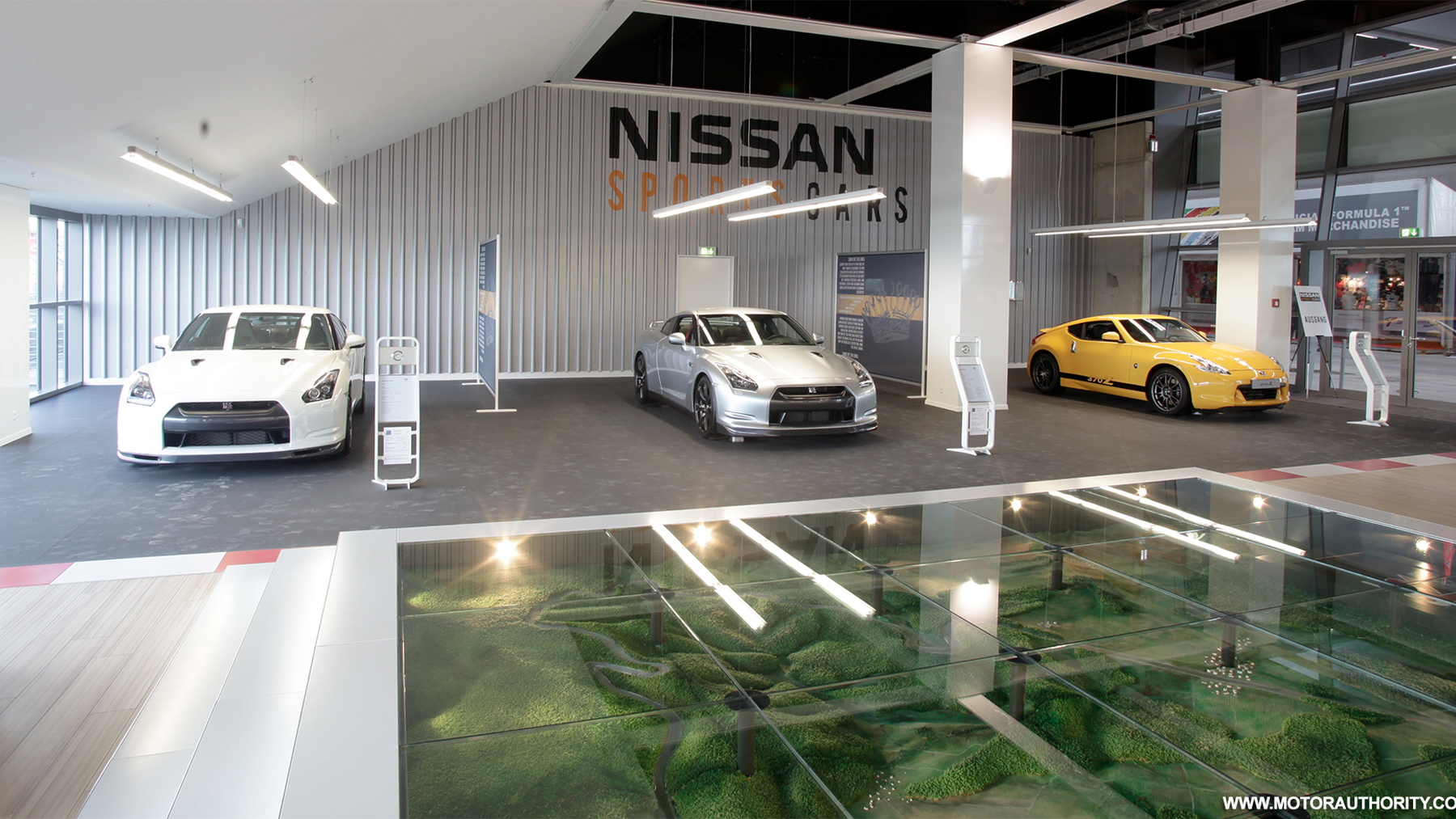 1
photos
Nissan's 370Z has turned heads and changed minds when it comes the future of the Z-car, and to help push the company's sporting reputation even further, Nissan has opened a shop featuring the car alongside the already proven GT-R at the infamous Nurburgring.

Though it's known around the world as the Green Hell, it's been Nissan's personal hell of late as it tousles with Porsche over the GT-R's claimed lap time of 7:26.7 minutes around the 12.9mi Nordschleife, or North Loop.

The shop itself features unique merchandise from Nissan and its NISMO motorsports division in the 5,381 square foot space, officially titled the Nissan Sportscars Shop on the new Ring Boulevard.

One of the cars on display in the shop is the new 80-car limited-production Nurburgring Edition 370Z, painted a bright yellow with a special graphics treatment. The GT-R SpecV is also on display, and is so far the only place Europeans can see the car in person. Visitors to the Sportscar Shop can also purchase high-quality Nissan merchandise and its motor sports department NISMO, including rare items imported from Japan as well as scale models of cars.

The Nissan Sportscars Shop is also slated to take on a more central role in many of the company’s marketing and sales activities. At the end of October 2009, for example, the company has planned an entire week full of action. The schedule includes a drift event at the Nürburgring, track days with the Nissan GT-R on the Nordschleife and a “tour of the senses”, a journey through the picturesque Eifel countryside surrounding the racetrack.

Nissan Sportscars Shop at the Ring