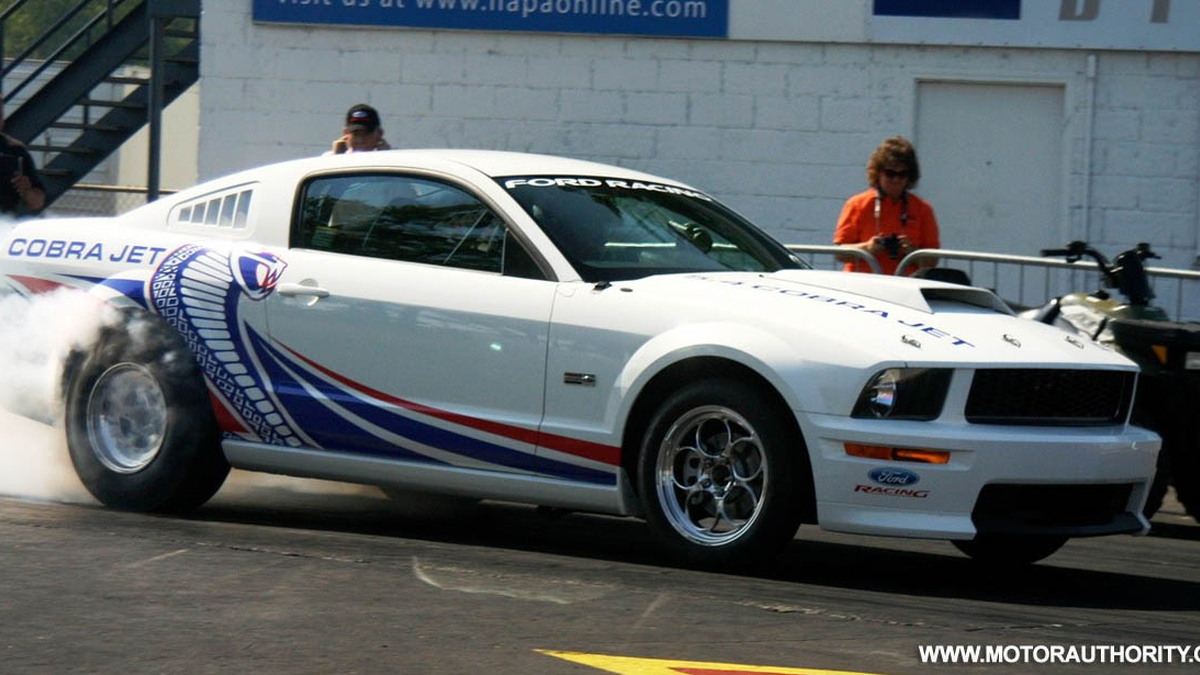 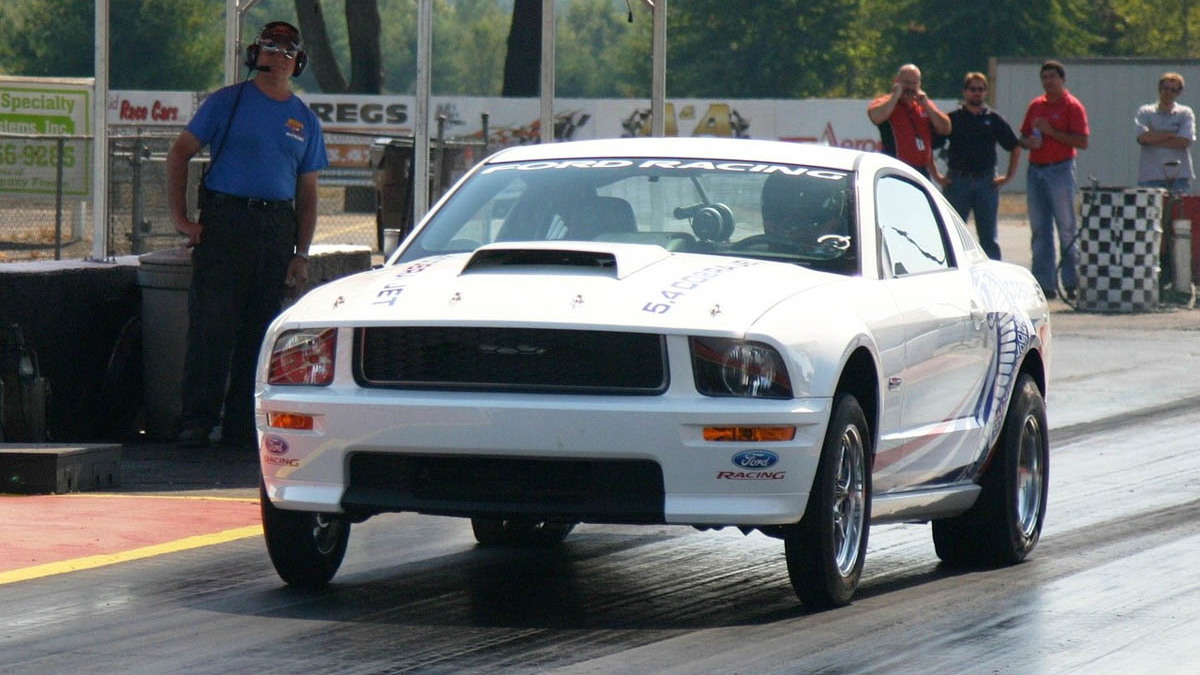 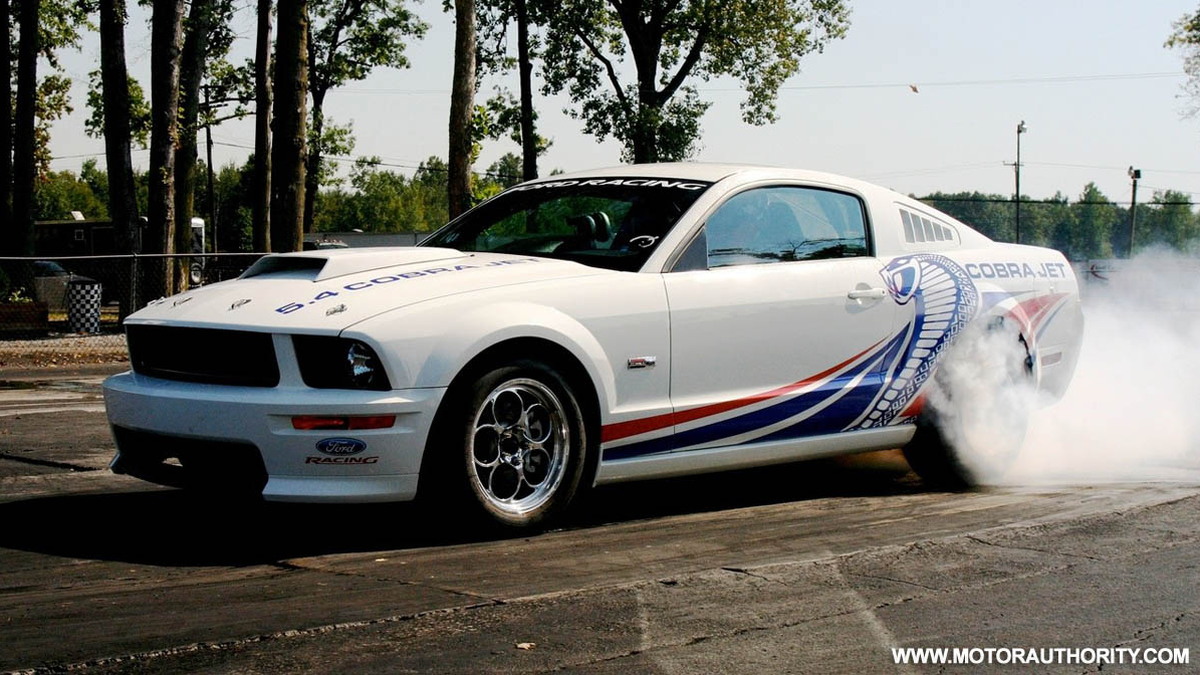 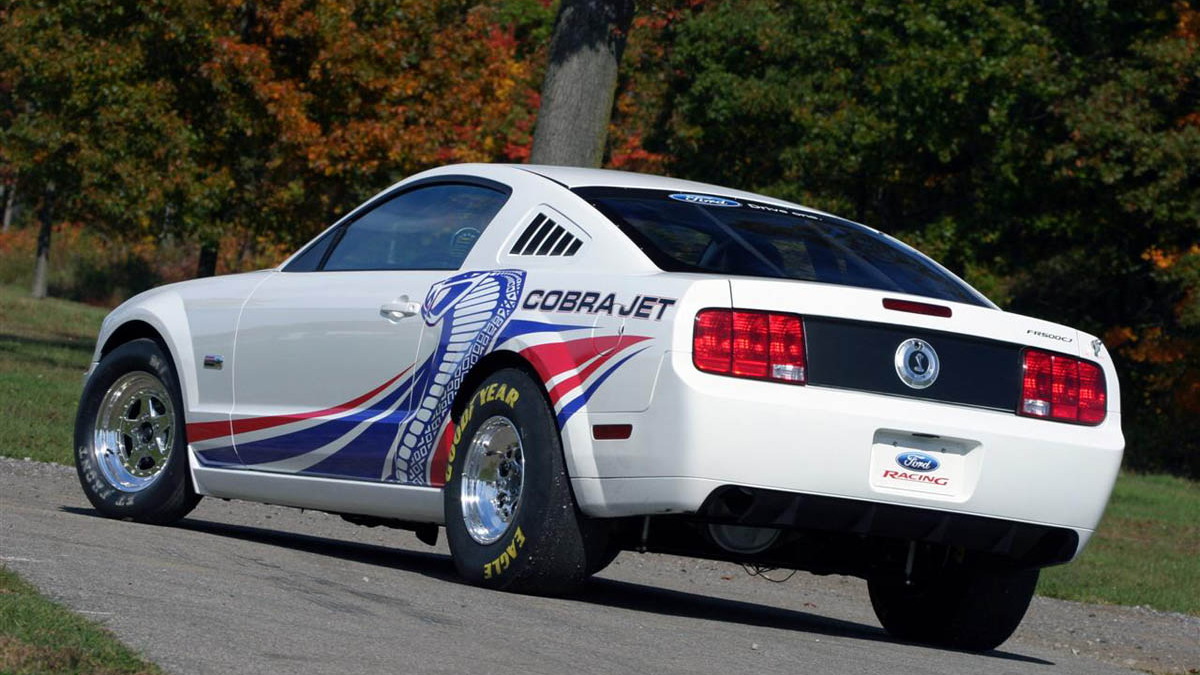 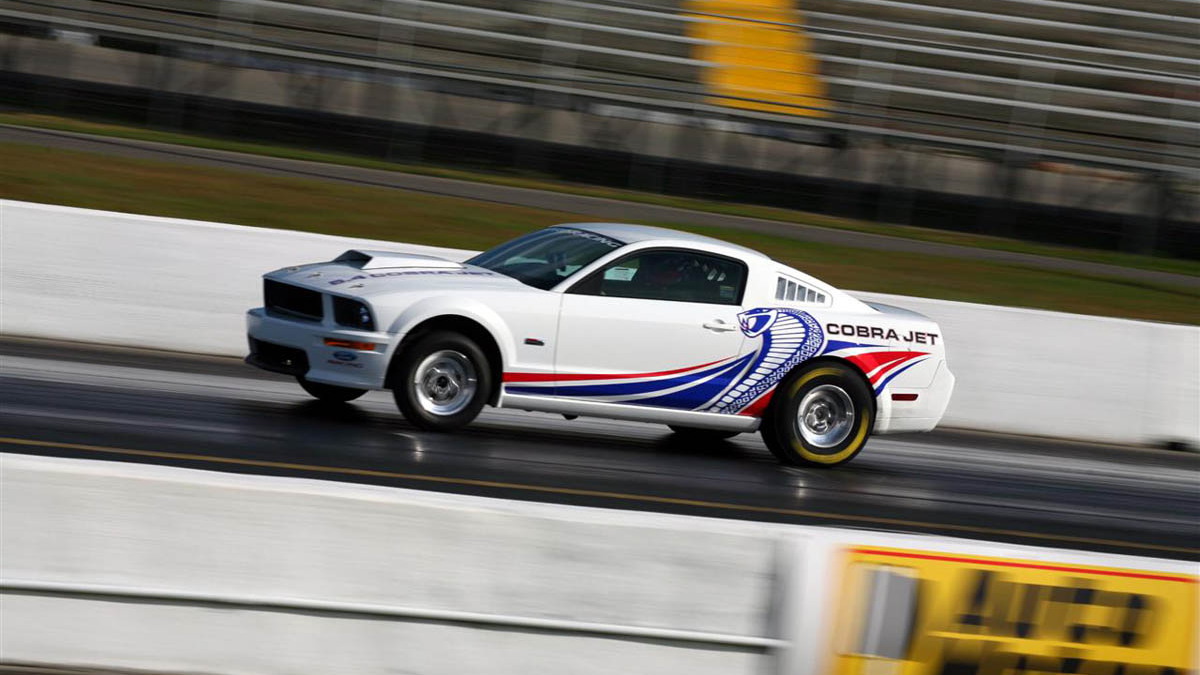 9
photos
Ford's re-packaging of the Mustang into its 2010 model-year form factor has pleased the critics with a sleeker look, but now Ford Racing is getting ready to please the folks that live only to see quick ETs with the 2010 Mustang Cobra Jet (2008 model pictured).

The 2010 car will wear the FR500CJ model designation just like the car before it, but other specifications have yet to be nailed down. Ford Racing is expecting to put a 425hp 5.4L supercharged V8 straight out of the Ford Racing Parts (FRP) catalog in the standard model, with an optional upgrade to a 475hp aluminum-block engine.

Shifting gears yourself is one of the most rewarding parts of driving a car fast when done properly, but at the drag strip, it just slows you down, so Ford is offering a five-speed Liberty manual in addition to a race-prepped automatic on top of the standard six-speed tranny that was available on the 2008 car.

To keep the car from crumpling when the shiny side fails to stay up, all 2010 Cobra Jets get an 8.50et NHRA certified roll cage, too.

Final testing of components is still underway, but Ford says production will begin in Q4 2009 with first deliveris to start in early 2010. Pricing hasn't been set yet, but will start below $75,000, says Ford. Like last time, only 50 will be available.