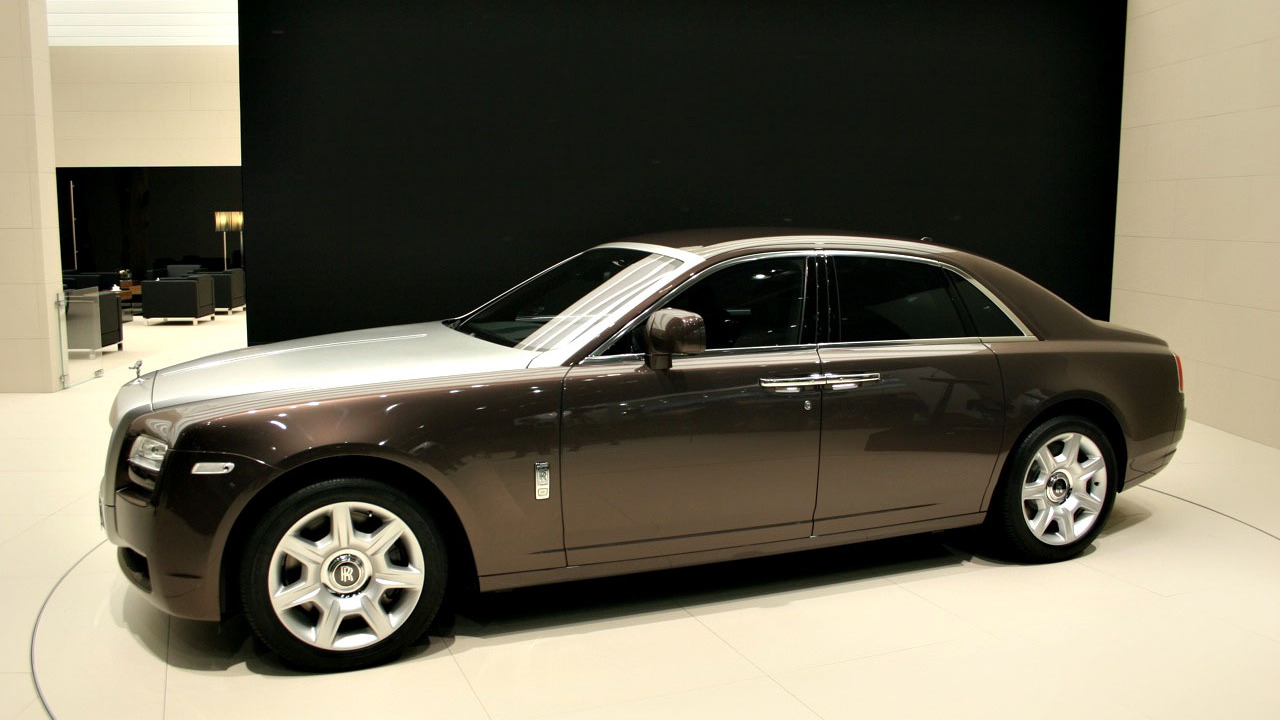 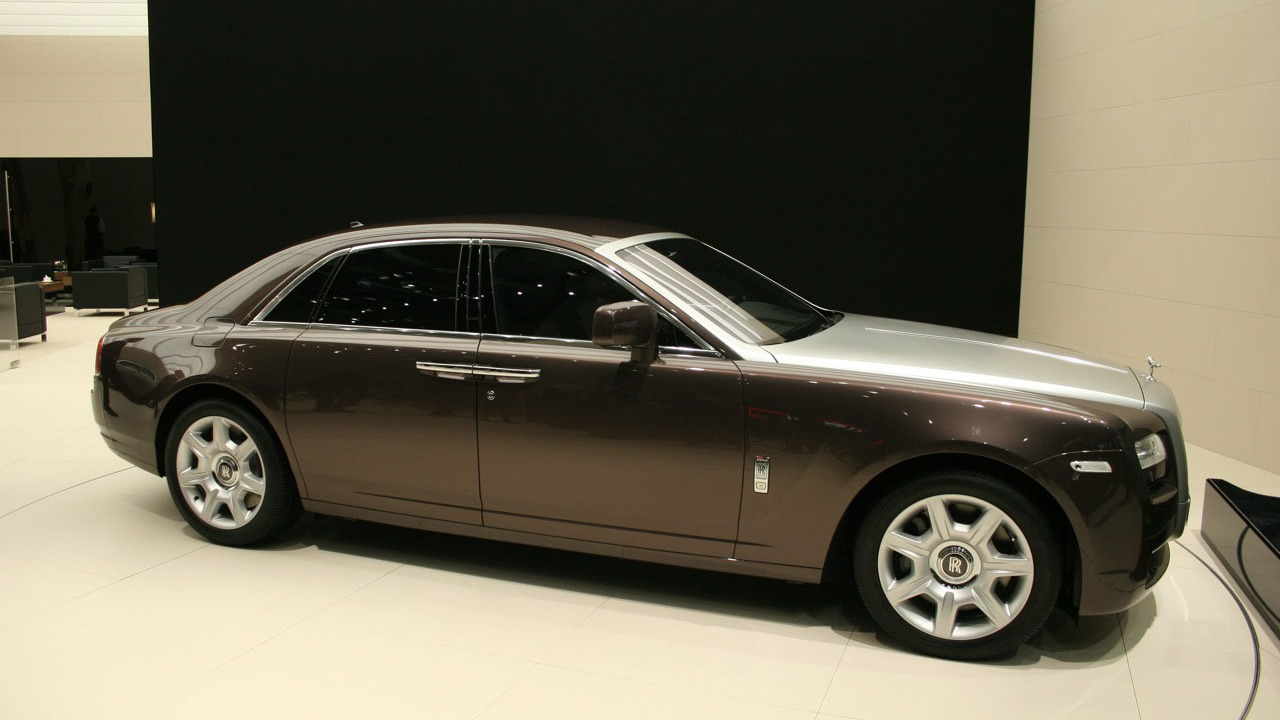 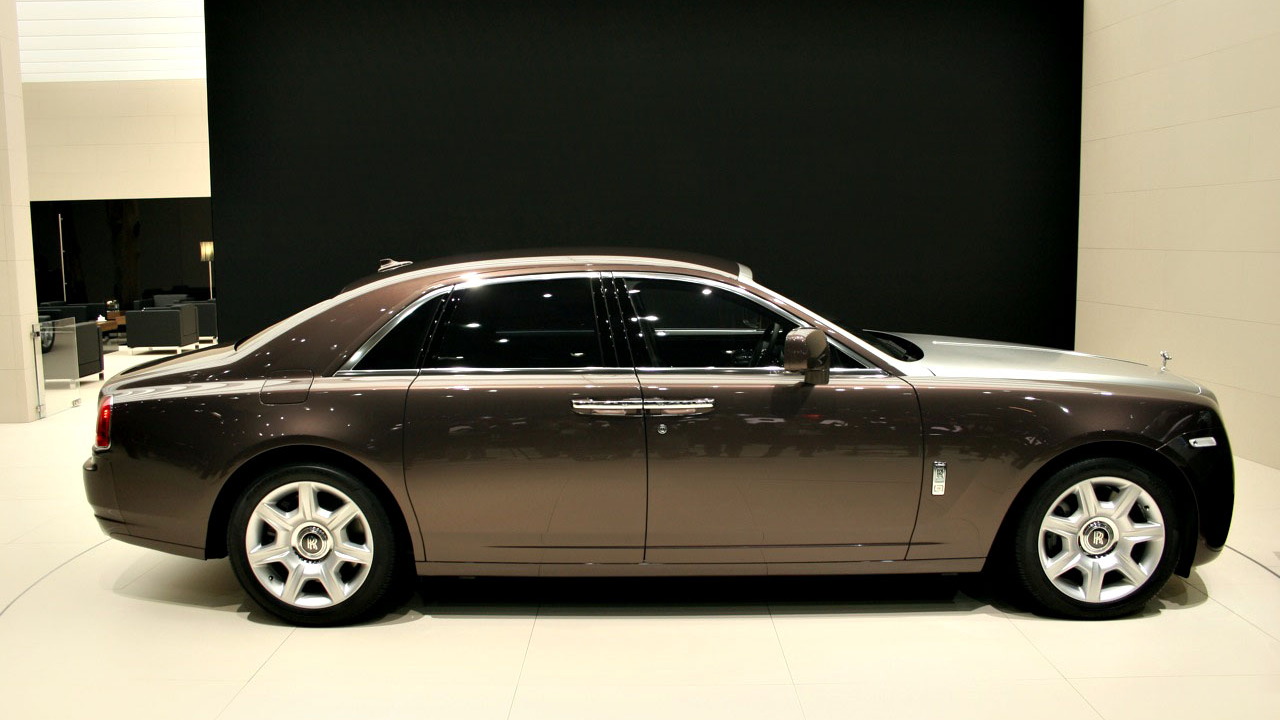 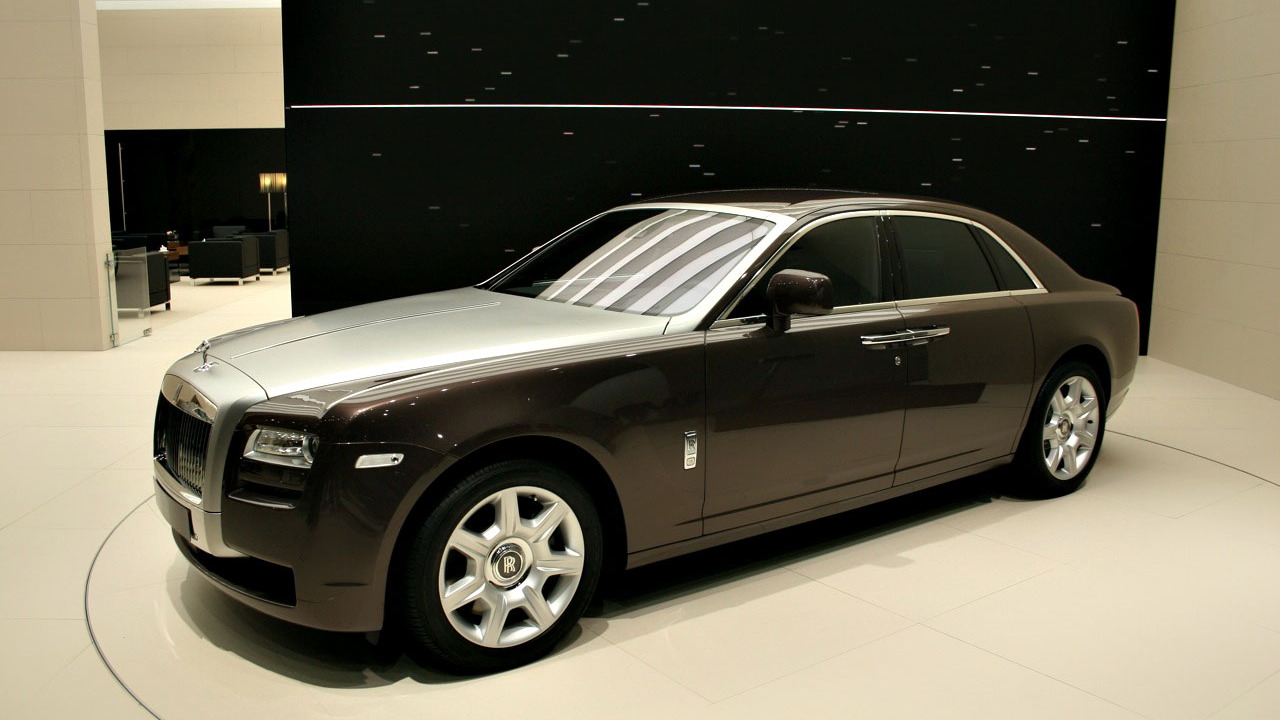 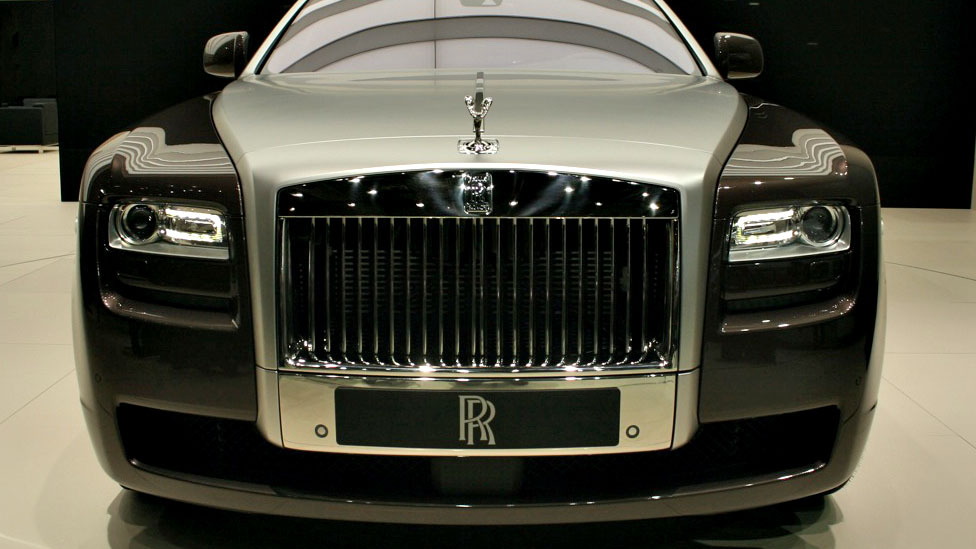 28
photos
Rolls-Royce has developed a brand new model positioned below the Phantom for launch in the second quarter of next year. The new model is the 2010 Rolls-Royce Ghost sedan, which is expected to double the number of vehicles built by the ultra-luxury automaker each year. The Ghost was revealed for the first time in full production trim and with official details ahead the currently running Frankfurt auto show. New live shots from the show today reveal the car in even more fantastic detail.

Rolls-Royce first announced that work had begun on a new model series as far back as 2006. However, little was seen of the new car, codenamed RR4, until the spring of 2008, when the company released the first official sketches. The styling was instantly recognizable as a Rolls-Royce, although less traditional than previous models.

What the design team was seeking to create was a modern Rolls-Royce that achieved a new dynamism but remained true to its luxurious heritage. Earlier this year, a concept version, dubbed the 200EX, was unveiled. Following the overwhelmingly positive reaction to 200EX, very few changes were made in the transition to the production model.

Power for the new Ghost comes from a 6.6-liter turbocharged V-12 engine matched to a ZF 8-speed automatic gearbox. Output at the crankshaft is rated at 563 horsepower and 575 pound-feet of torque, which makes the Ghost more powerful than the Phantom despite being positioned below it. This is enough to accelerate the Ghost from 0-60 mph in 4.8 seconds and see it easily reach its electronically governed top speed of 155 mph. Fuel economy is estimated at 17.3 mpg for a mix of highway and city driving.

In keeping with its ‘entry-level’ positioning, the Ghost is smaller all around when compared to the Phantom. While the Phantom's dimensions stretch to around 5,834 mm, the Ghost measures in at 5,399 mm in length, 1,948 mm across, and stand 1,550 mm in height. Its wheelbase stretches 3,295 mm and inside there is generous seating for five adults.

Rolls-Royce has also revealed that the car makes use of the very latest developments in chassis engineering, including a new four corner air suspension system matched to multi-link aluminum front and rear axle geometry. A new chassis management system is fitted and is designed to control the car’s anti-roll stabilization and the suspension stiffness to ensure the best possible comfort for occupants.

The new air suspension system is so sensitive that it can detect even the smallest of changes. For example, the movement of a single rear passenger from one side of the seat to the other can be detected and system modified to compensate. The on-board computer system reads multiple inputs from sensors around the car - the dampers alone making individual load calculations every 2.5 milliseconds. The air suspension system also incorporates a lift and kneel function, raising or lowering the car by 25mm for those steep driveways.

Inside the Ghost, the interior design team has come up with a contemporary ambience while staying true to Rolls-Royce Motor Cars’ traditions of fine materials and peerless comfort. There are elegant, frosted lamps and chrome door handles, traditional violin key switches and eyeball air vents, frosted white dials and refined instrumentation. Deep-pile carpets can be complemented by optional lambswool floor mats for a truly luxurious feel.

Enhancing the interior’s ambience is an audio system delivering an exquisite experience. 600 Watts of sound are delivered through a 10-channel amplifier and 16 speakers, including two floor-mounted subwoofers. USB and auxiliary inputs allow for the integration of external audio devices and a 12.5 GB hard drive enables storage of music files from USB or CD player sources.

Available as an option with both seating arrangements is ‘Theatre Configuration’, which allows all settings that do not directly affect the driver to be controlled from the rear seat. The functions are displayed on two 9.2 inch LCD screens in the back of the front seats; these can be angled to suit the viewers by a central, armrest-mounted, rotary controller. The screens can be regulated independently of each other and the entertainment can also be listened to individually with most headphones. A six-disc multi-media changer, mounted in the glove compartment, is fitted as part of this option.