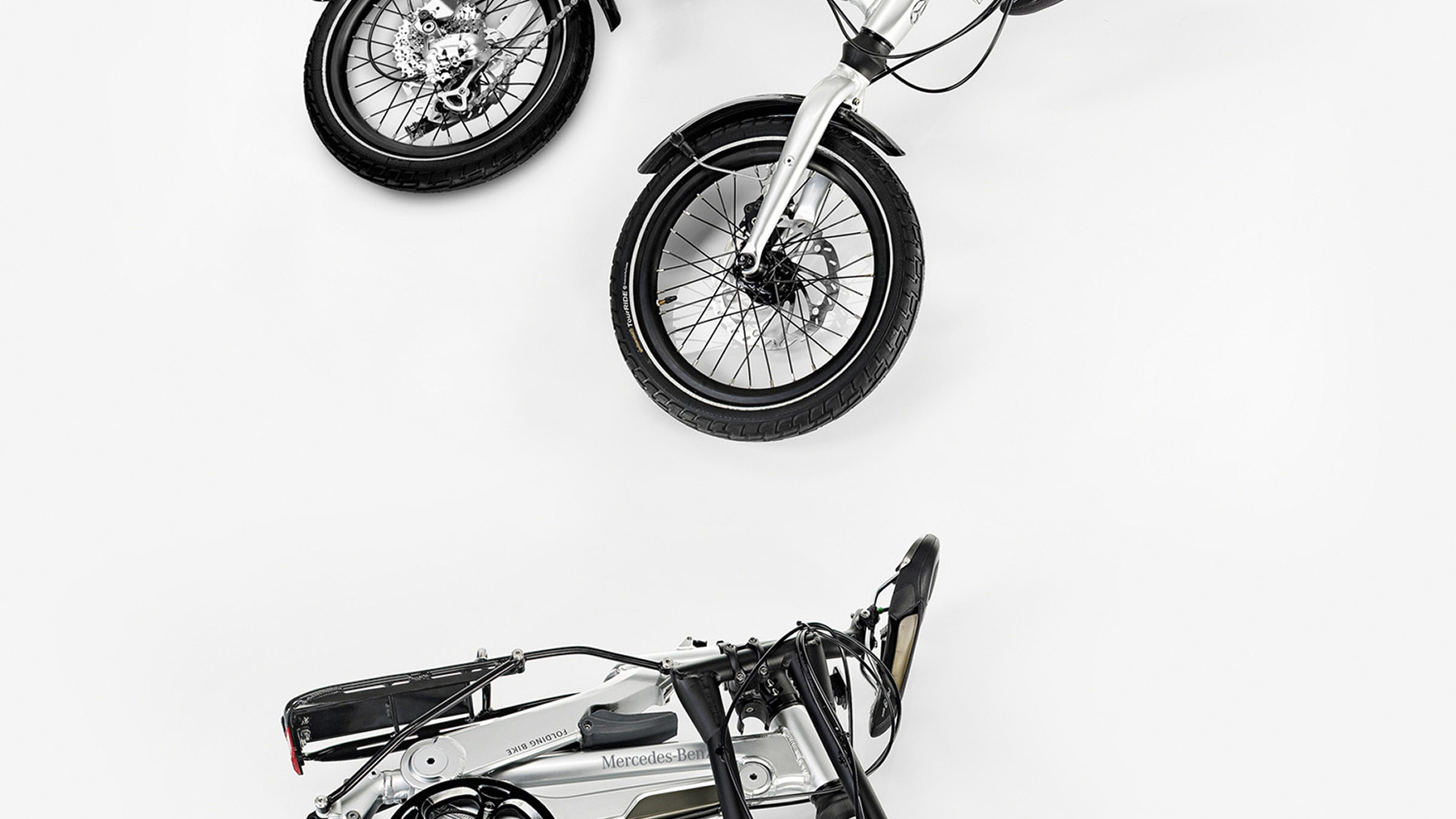 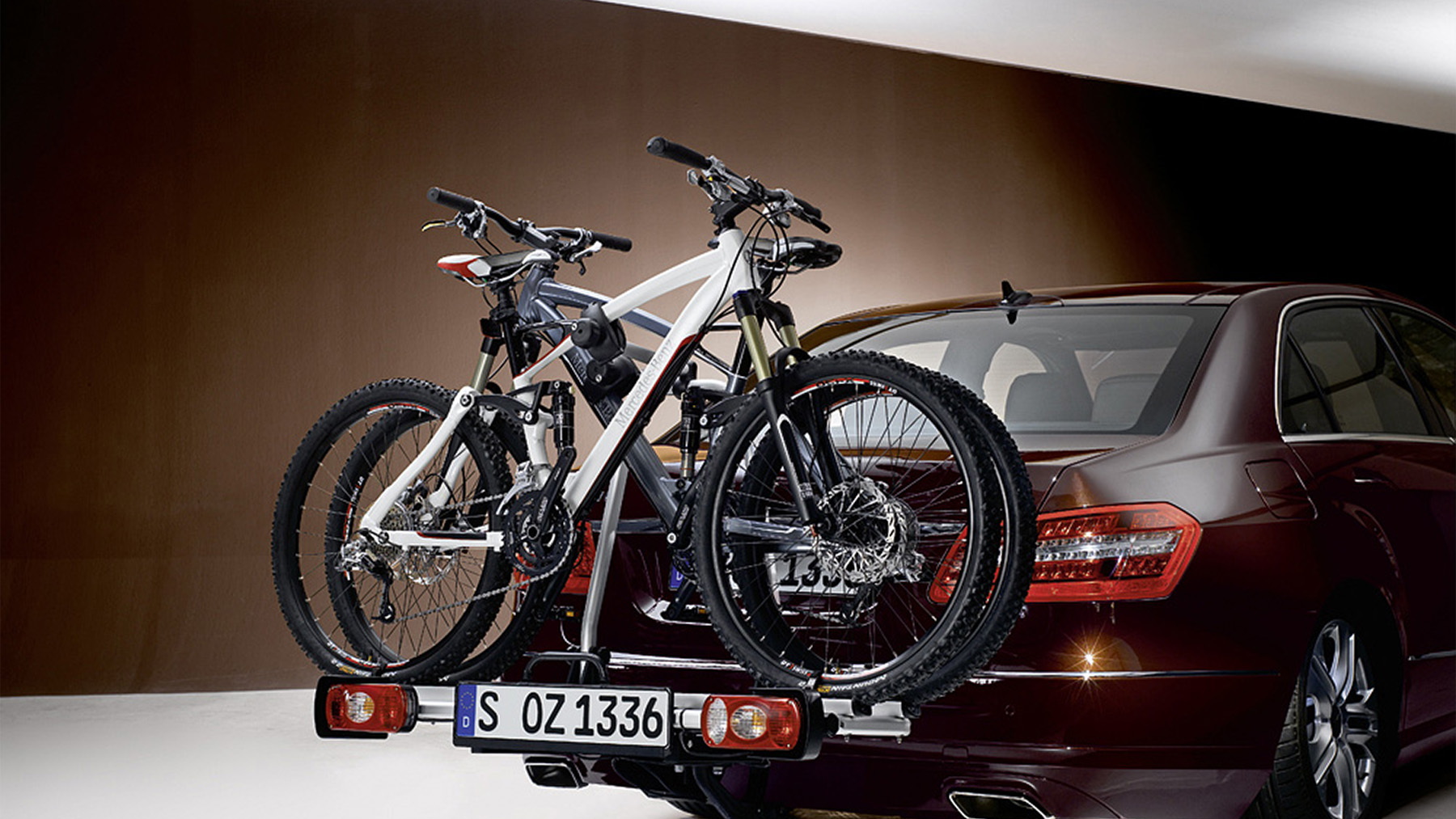 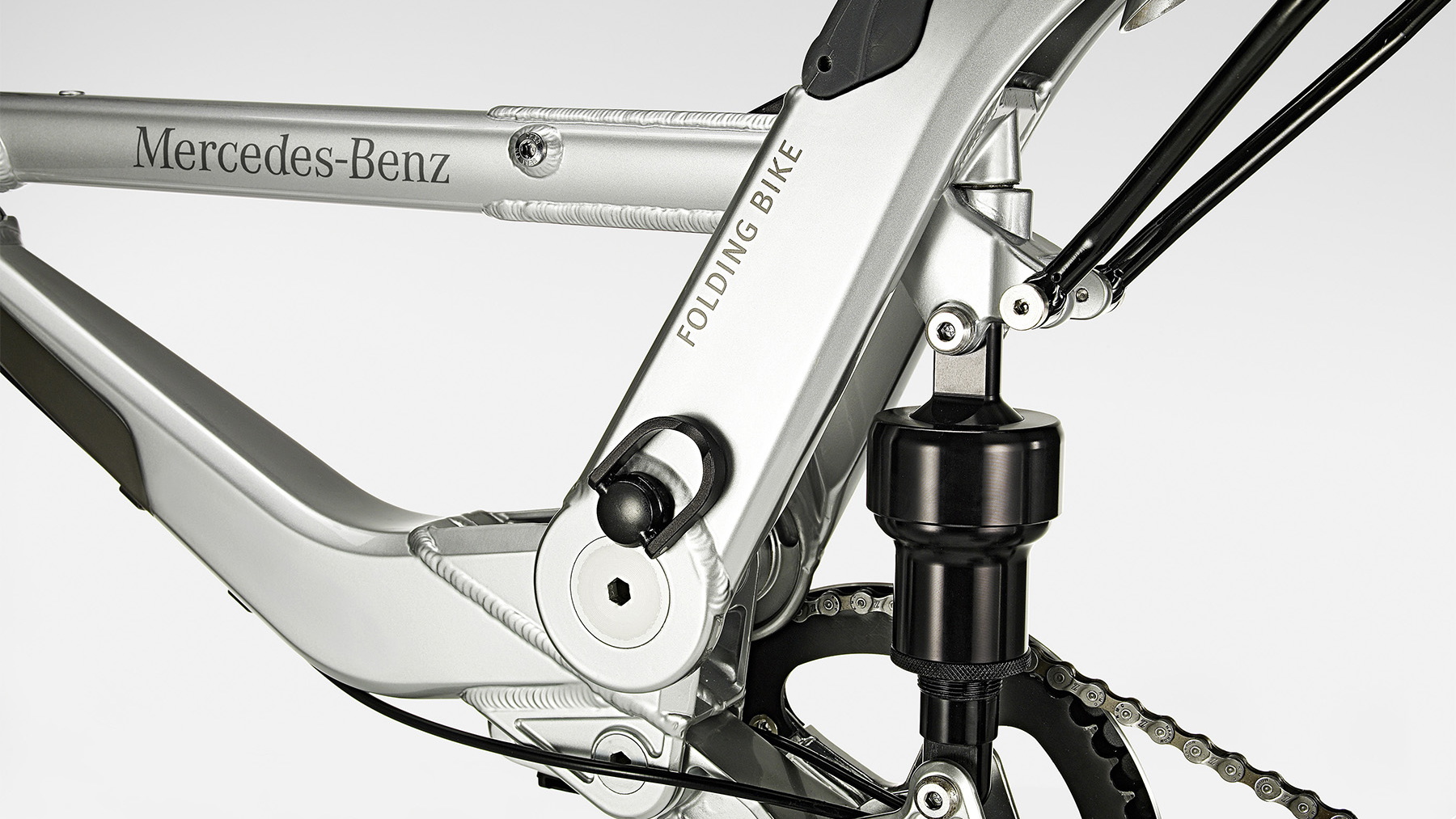 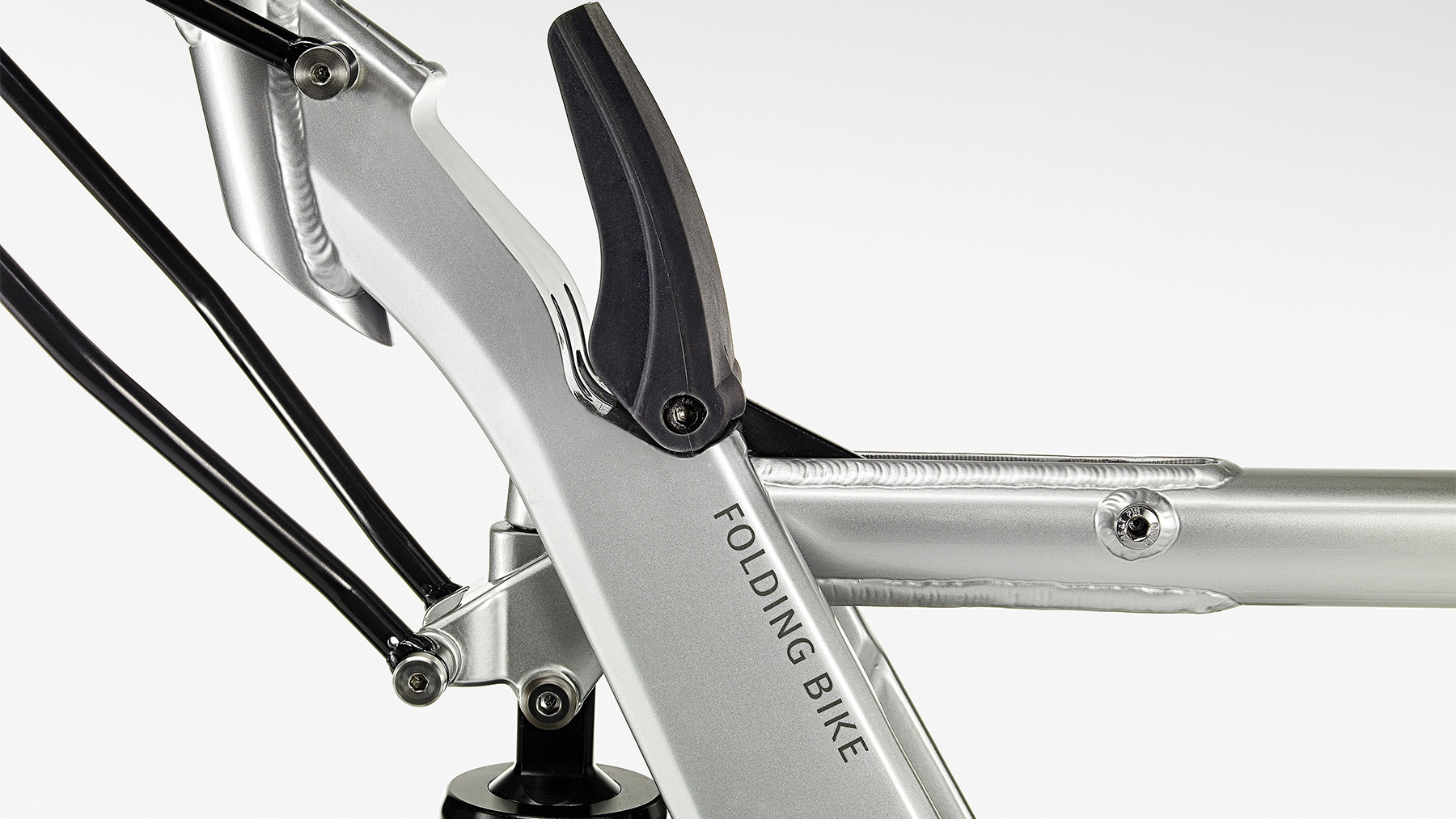 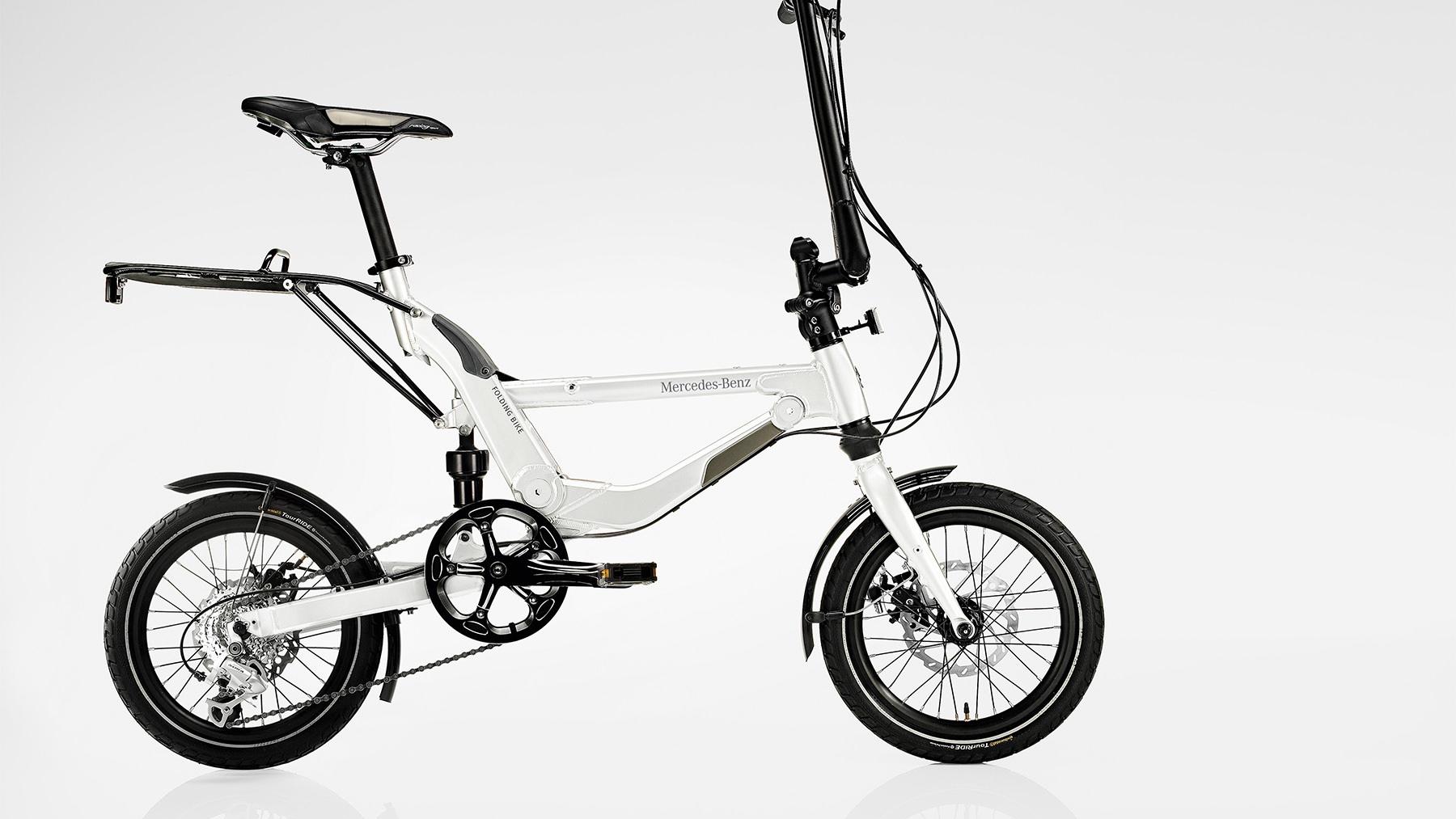 17
photos
Before the invention of the automobile, cycling was a popular way to get around and even today many developing countries feature far greater numbers of cyclists then motorists. That at least goes some way into explaining this new range of bicycles from Mercedes Benz, which the automaker claims feature the same level of quality as its cars.

The range of two-wheelers from Mercedes consists of a folding bike, a new mountain bike and a racing bike. The folding bike features a patented mechanism that Mercedes says allows cyclists to fold the bike down in just a few seconds without any tools. The bike can be folded into two different positions, one which allows the bike to still be pushed and steered, which is useful for public transport situations and the other that completely folds the bike down to fit into small spaces. Featuring eight gears, the folding bike from Mercedes uses disc brakes and has a luggage rack, but its premium quality means it commands a fairly hefty price of €1,699 (approximately $2,410).

The Mercedes mountain bike on the other hand is designed for off-road tracks and is a more serious machine than the commuter friendly folding bike. Limited to a production run of just 100 units, the mountain bike features a lightweight fully sprung aluminum frame and 27 gears. It also features carbon-fiber pedals, special disc brakes and custom wheels from DT Swiss. Available in matte black or white, the mountain bike will set customers back close to €4,000 ($5,670).

Finally, the most expensive of the Mercedes bikes is the racing bike, which uses extremely lightweight materials to facilitate a final weight of less than 7kg. Also limited to just 100 units, it uses a high-end carbon-fiber frame, a Carbotec monocoque carbon-fiber fork, 20 gears, carbon-fiber pedals and DT Swiss wheels in white. With all that high-tech construction, the Mercedes racing bike comes in at a jaw-dropping €4,999 ($7,085).