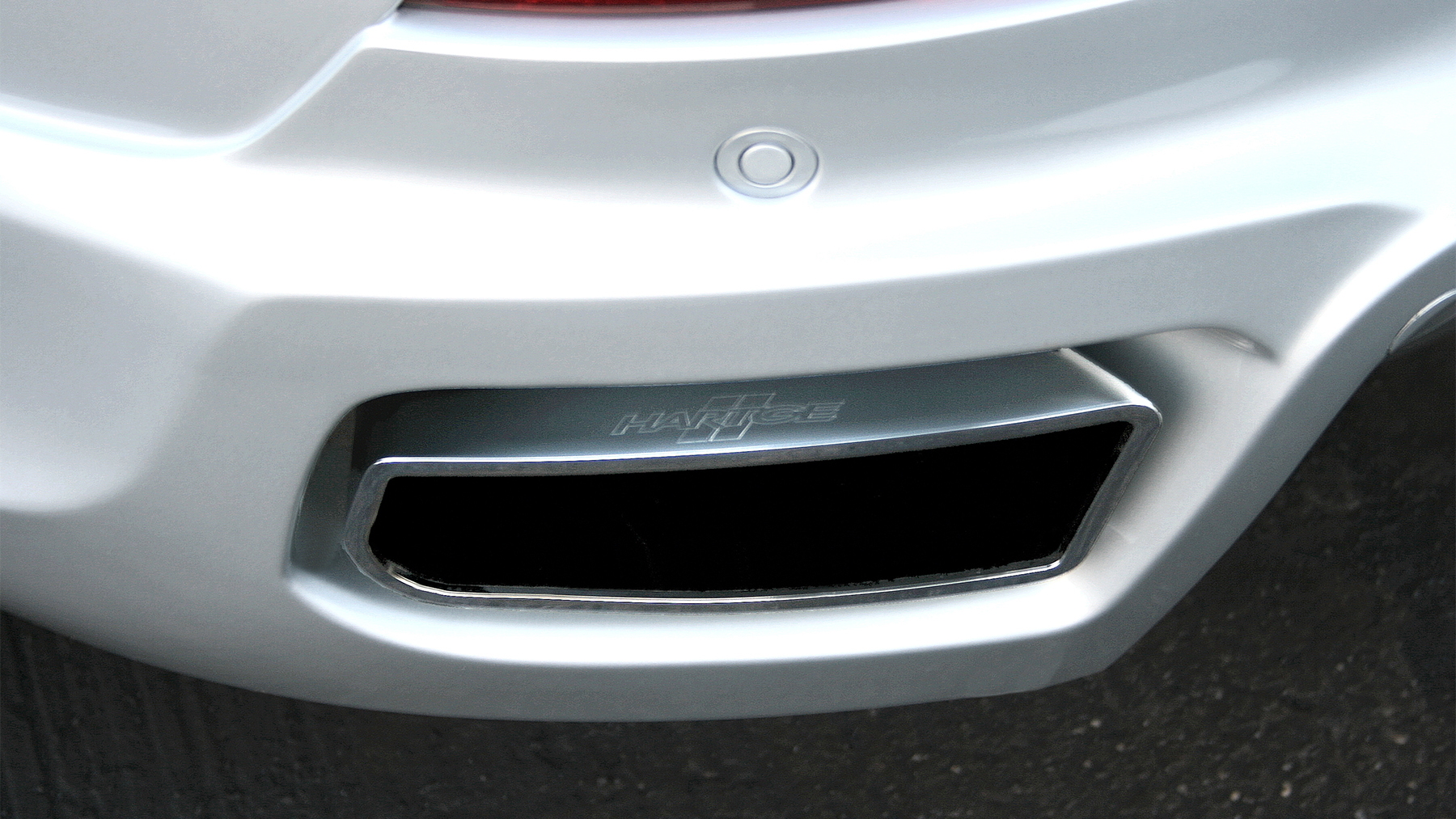 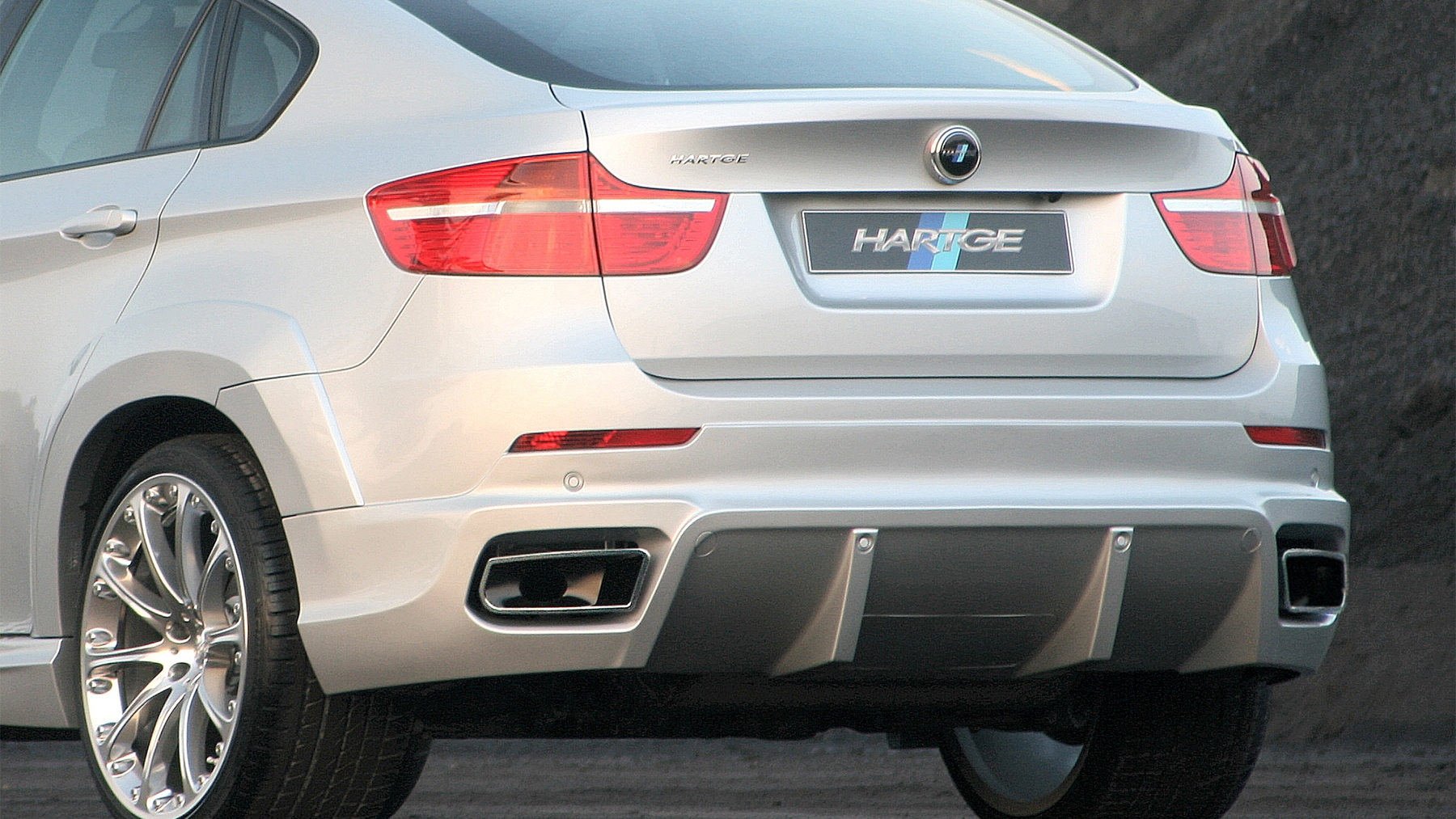 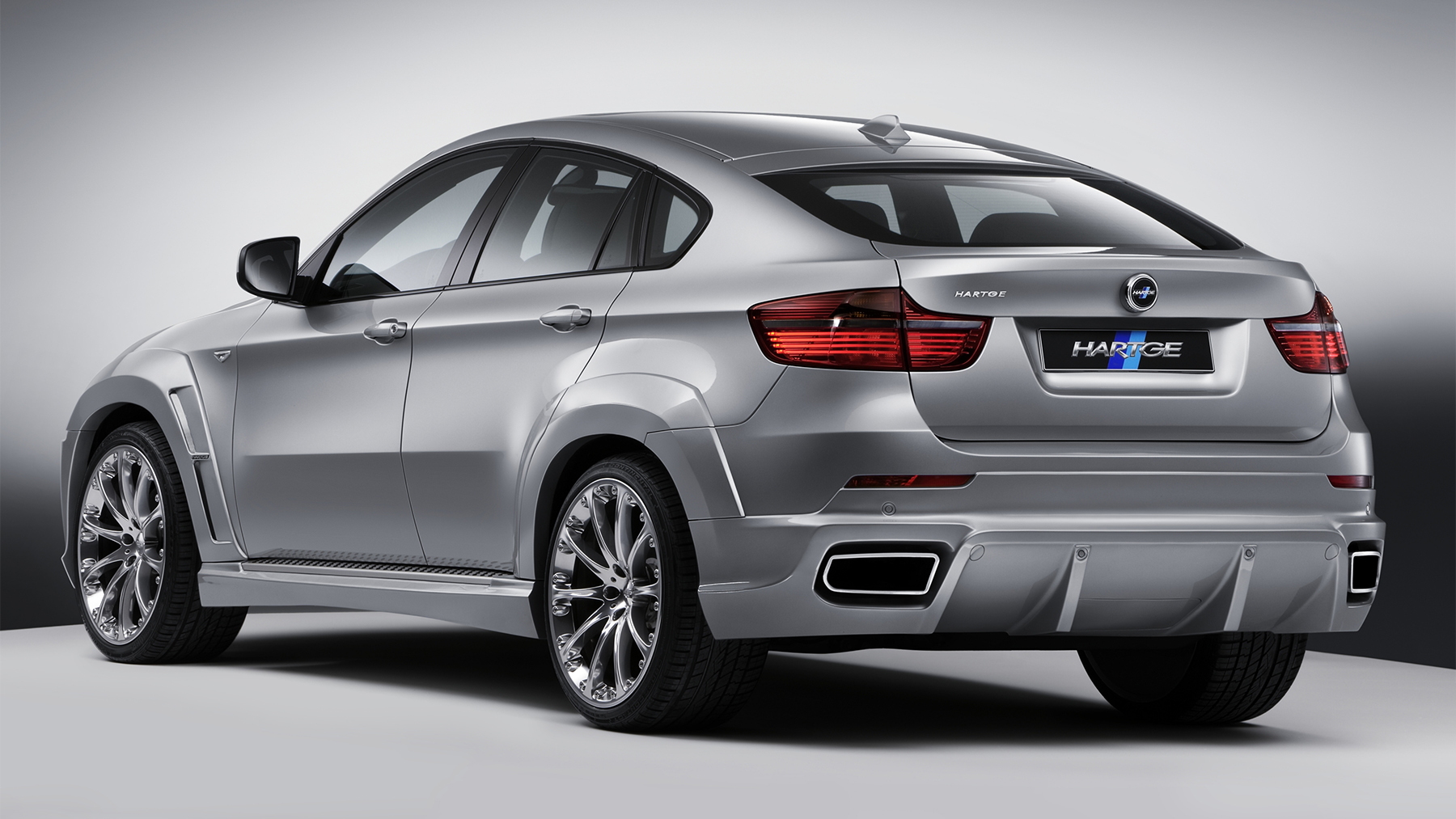 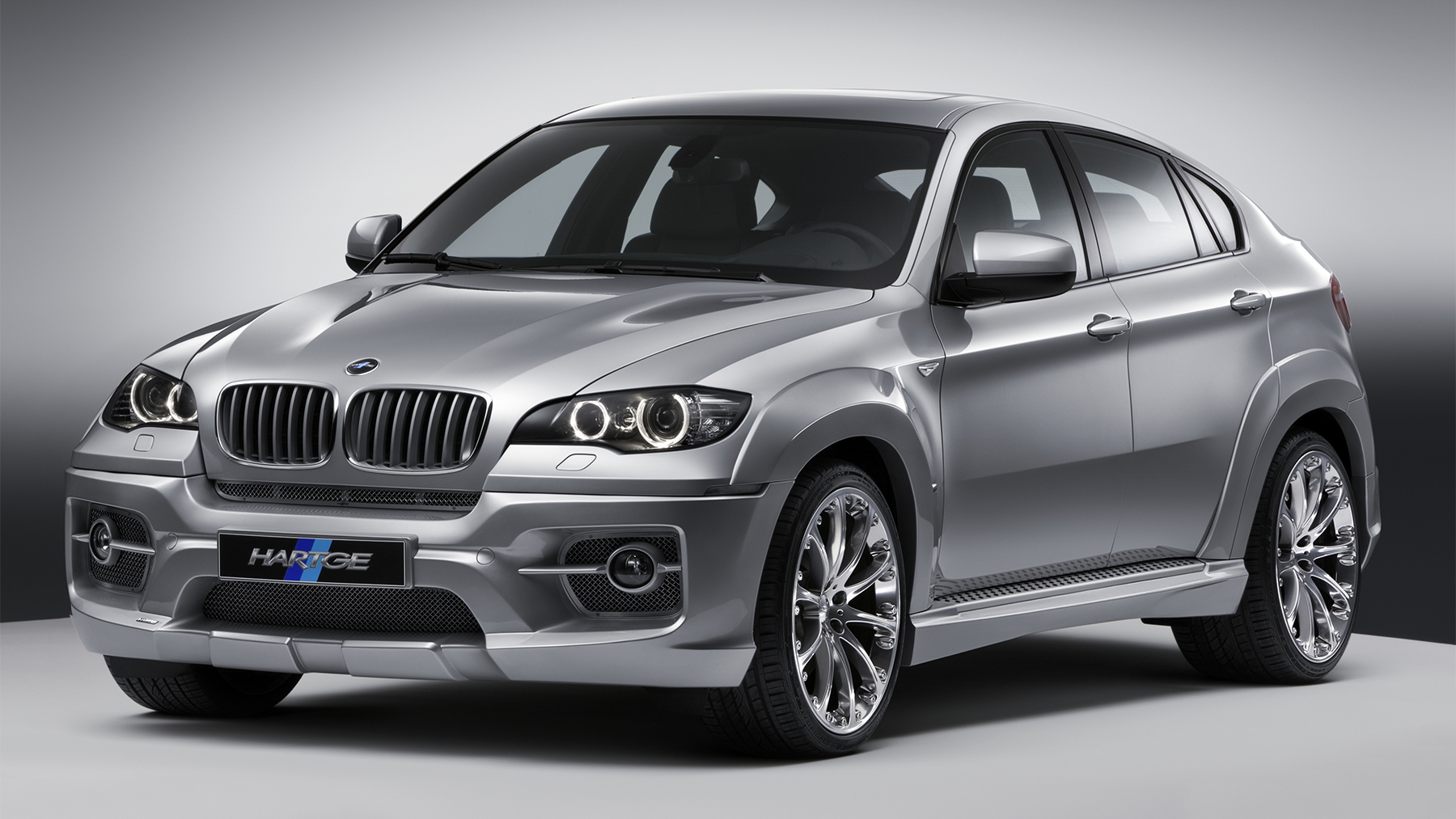 5
photos
There’s no shortage of tuners offering upgrades for the new BMW X6, and to add to this specialist BMW tuner Hartge has just unveiled its new aerodynamic kit for the sporty crossover. For those of you that have seen pictures of the high-performance X6 M and felt underwhelmed by the crossover’s rather mundane appearance, then Hartge’s latest kit may just be one of the best alternatives we've seen to BMW M's own styling.

The actual kit itself consists of a number of aerodynamic pieces, including an aggressive front spoiler, a custom rear skirt and side sills for both sides of the car. Meanwhile, there are also wheel arch extensions with air intakes at the front, and wheel arch extensions at the rear as well. These modifications must be had in conjunction with Hartge's stainless steel tail pieces that accommodate four tailpipes, and also include a solid rear diffuser. Other mods available for the X6 include carbon-fiber exterior mirror casings and Hartge emblems to replace the BMW-badges on the bonnet and at the rear.

Overall, the Hartge kit looks much more impressive than the X6 M SUV, although the kit is only designed for the xDrive30d, xDrive35d, xDrive35i and xDrive50i models. We previously admonished a similar Hartge kit for the X6, but the new pictures taken in the studio setting really give it an aggressive appearance without appearing too desperate for attention.