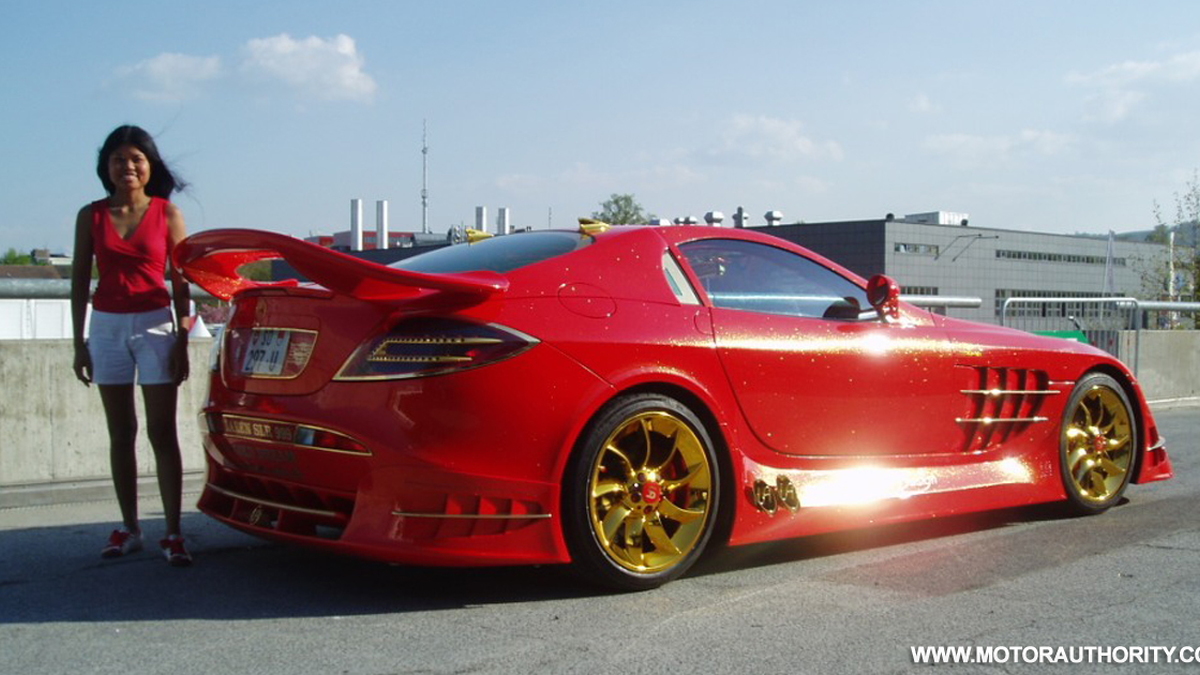 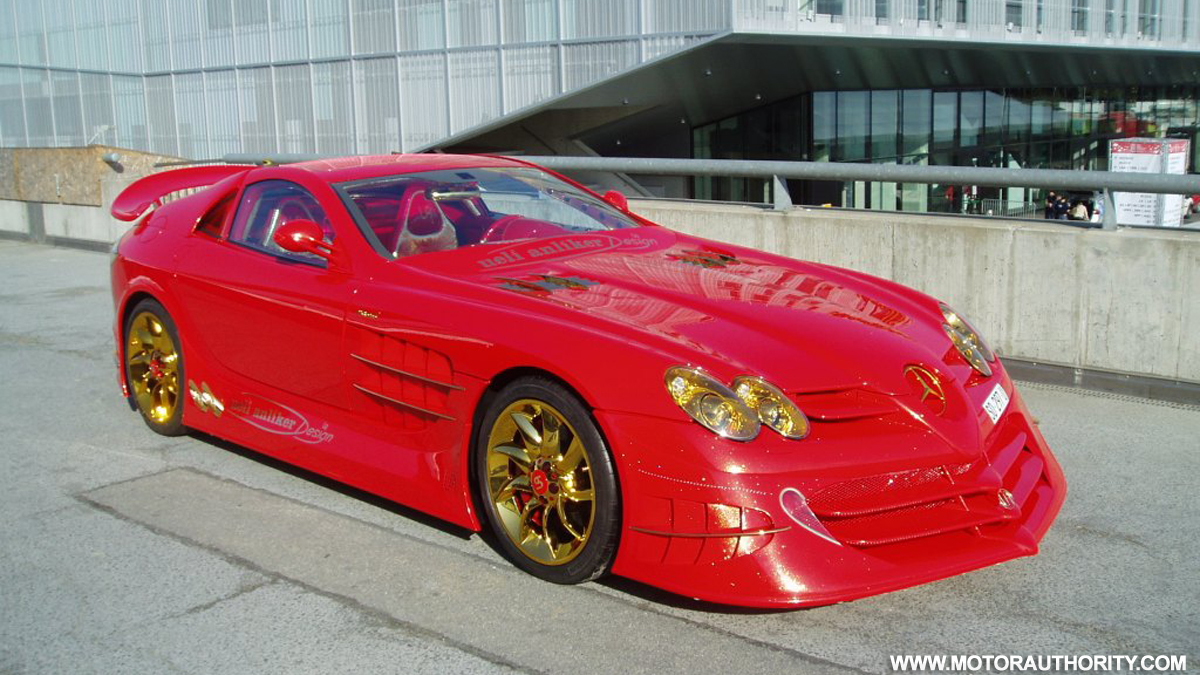 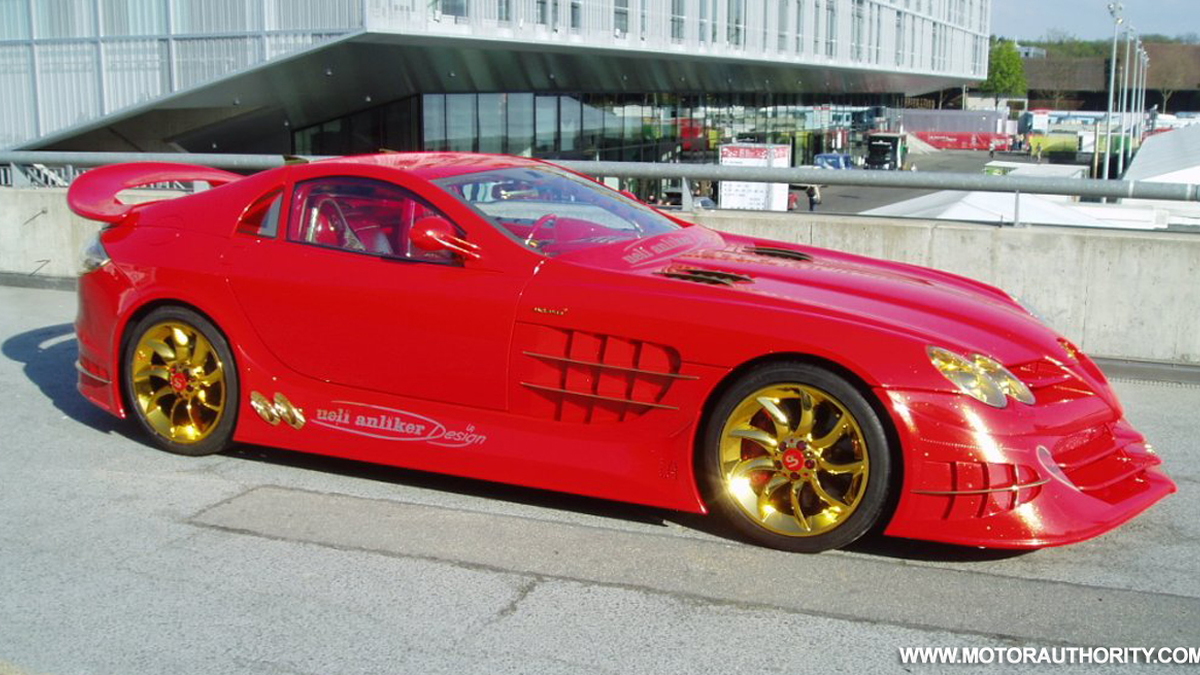 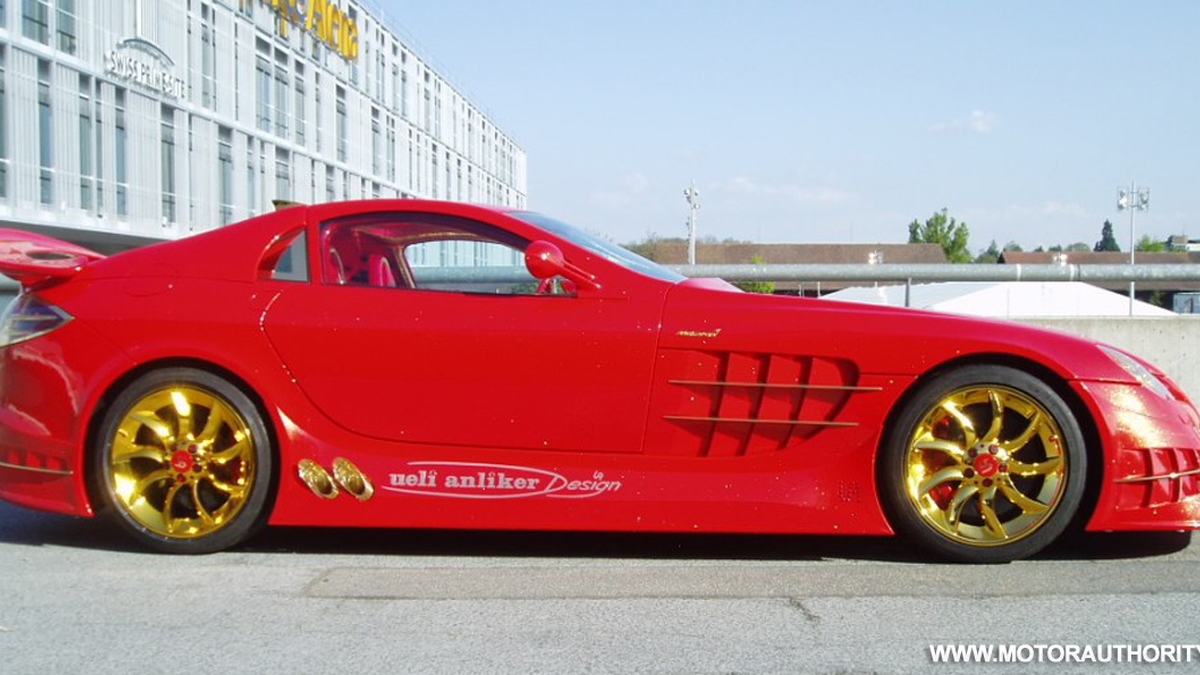 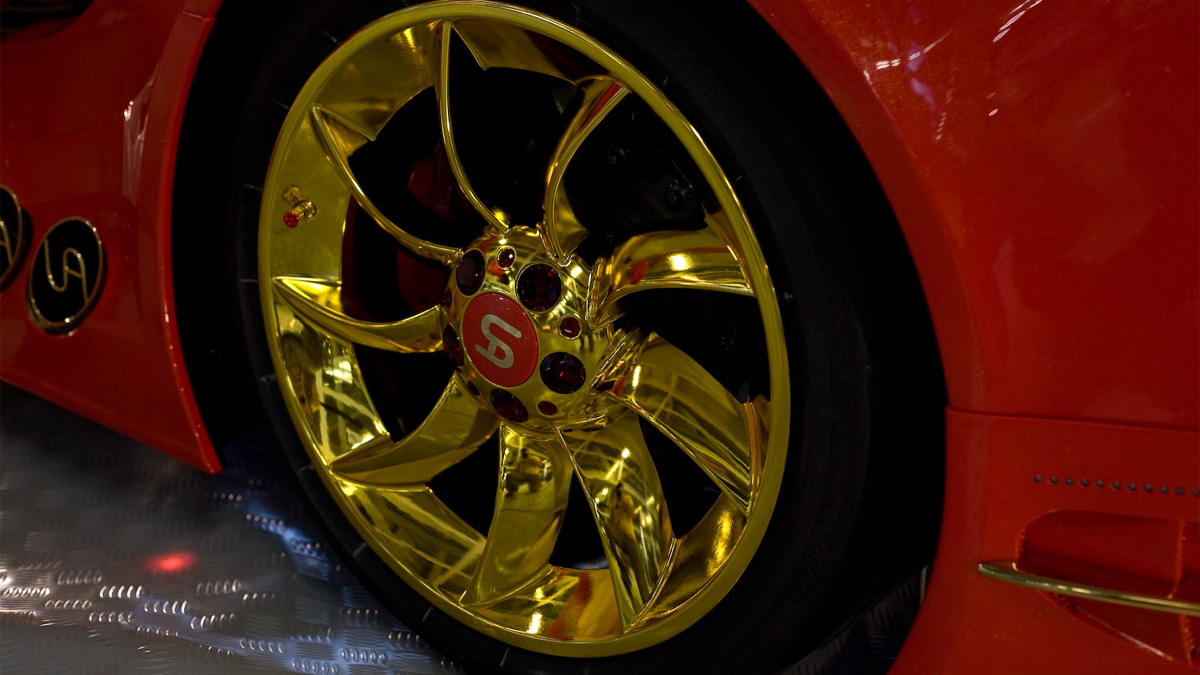 11
photos
If Batman were to have a change of career from fighting crime to becoming a playboy, this is the car he might be inclined to drive - the Ueli Anliker SLR 999 Red Gold Dream. As you can see, the tasteful owner that commissioned this piece had discretion and subtlety at the top of his list of priorities for every part of the car, right down to the 24k gold-coated wheels.

A raft of modifications have been made to the Mercedes-McLaren SLR to reach the 999 Red Gold Dream standard, and in total around 5 million Swiss francs (approximately $4.3 million) were poured into the car - a price that could net you a couple of Bugatti Veyrons with a big chunk of change left over.

The modifications consist of a new front spoiler, which looks like it came from the front end of a snow plough train, as well as numerous other aesthetic and aerodynamic modifications. There is also a giant rear wing, a custom rear diffuser and the aforementioned 24k gold-coated wheels.

Gold plays a big part in this car, with all of the manufacturer logos replaced with solid gold replicas. Even the stunning red paint job features gold flecks in it, adding around 5kg to the car's weight from this aspect alone - in fact, pretty much anything on the car that appears shiny and gold is most likely pure 24k gold.

The engine, too, has been modified, with a new exhaust system fitted to give the SLR 999 Red Gold Dream a snarl to match its outrageous appearance. While work on the car's engine hasn't been completed yet, the Swiss tuners from Ueli Anliker have big plans for the SLR '999' - namely to give it enough performance to match its name, or in other words, crack the 999hp (748kW) barrier.