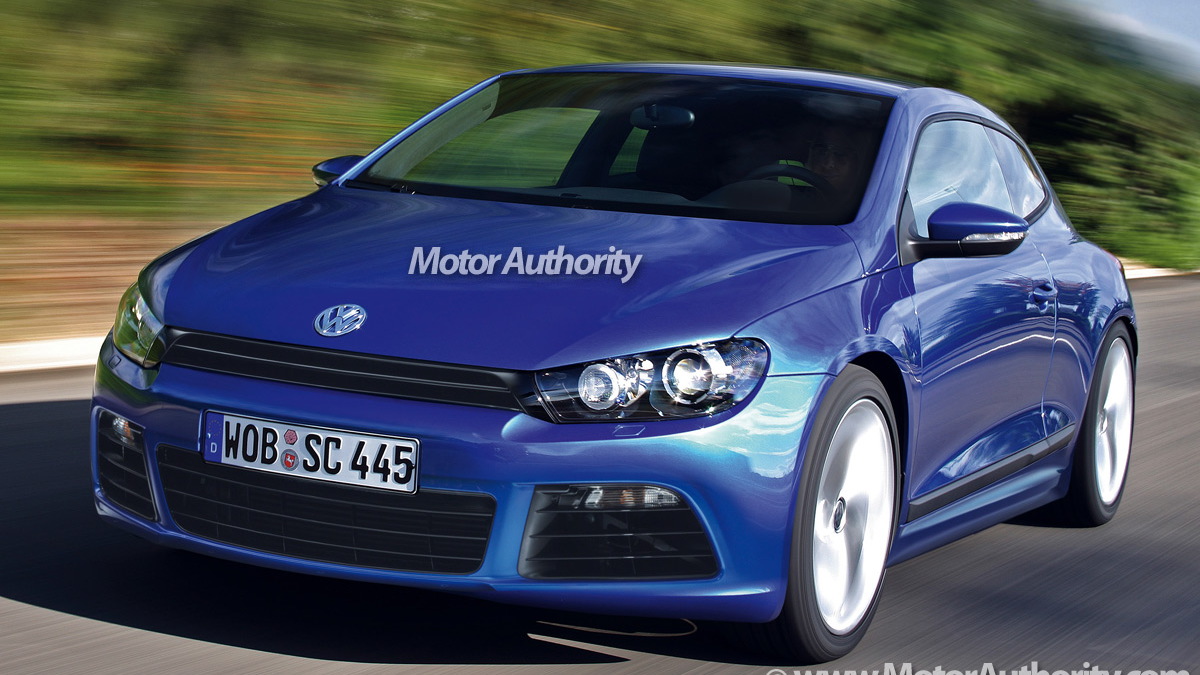 30
photos
Volkswagen has unveiled its new Scirocco R, which you can read all about by clicking here.

All our American readers look away because pictured here is a new high-performance variant of the Volkswagen Scirocco coupe, a car that has officially been ruled out for U.S. sale. VW first hinted at a new high-performance version of the Scirocco coupe when it revealed the GT24 race concept back at the Austrian Wörthersee Tour tuning show last May, and then the carmaker followed it up with the Scirocco Study R concept at last year’s Bologna Motor Show.

The new model will be called the Scirocco R20 and it’s expected to make its debut alongside a Golf-based variant at this month’s Nurburgring 24 hour endurance race. Key features lifted from the concept include the aggressively styled bumper with larger intakes and unique fog lights, as well as the slightly wider fenders and lower ride height.

Don’t be fooled by the sponsor logos plastered over the car’s body. The prototype has been disguised as a race car but a peek inside reveals the car has its rear seats fully intact and there’s no roll cage, which means this is a production model.

Both the Scirocco and Golf R20 models are expected to deliver 270hp (201kW) and be fitted with a six-speed manual and AWD. A dual-clutch DSG is also expected to be featured as an option, allowing for 0-62mph (100km/h) sprint times in the five second bracket. Unlike its fellow Euro-competition - the Renault Megane RS and Ford Focus RS - the R20 will capitalize on AWD for superior performance and handling.