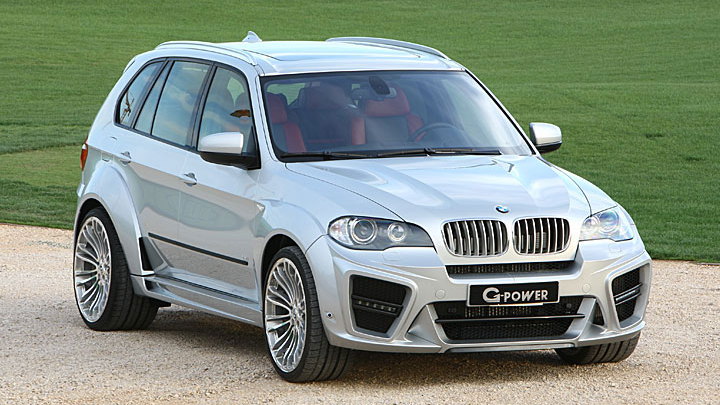 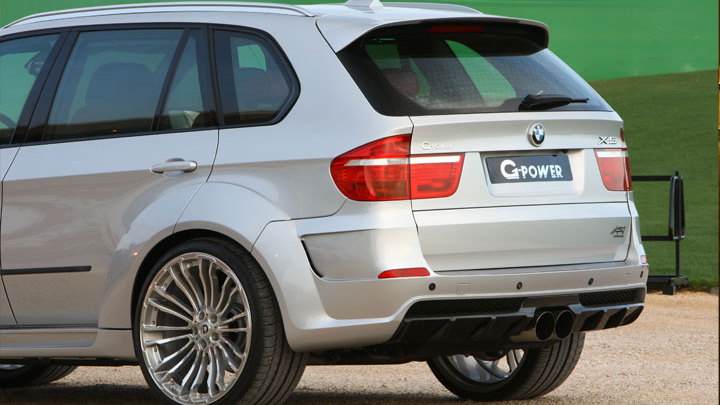 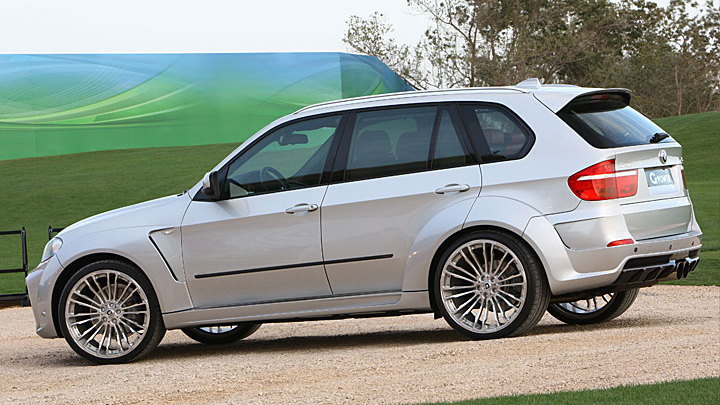 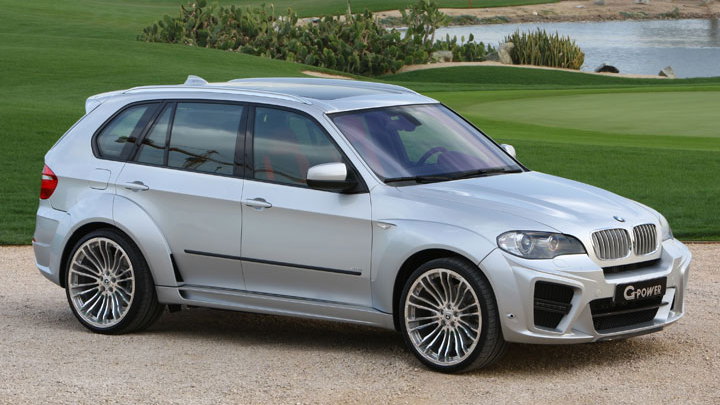 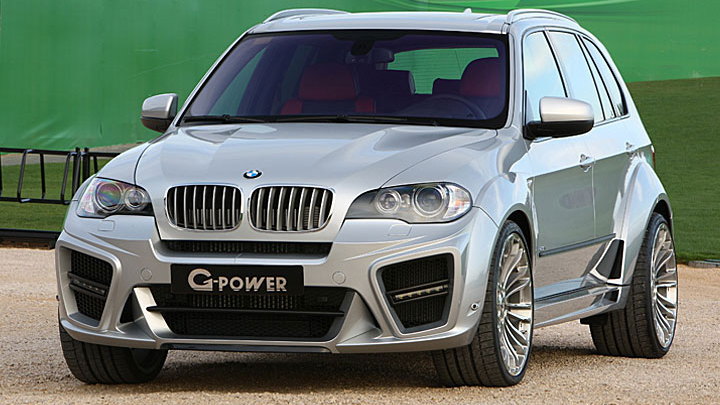 6
photos
German tuner G-Power is known for its lack of restraint when it comes to modifying BMWs – the firm’s modified M5 currently holds the title of the world's fastest street-legal sedan. Now, G-Power has turned its focus to another BMW stablemate, the X5 SUV.

Known as the Typhoon, the modified BMW X5 has had a number of both aerodynamic and mechanical upgrades installed to make it match the other G-Power creations we've seen over the years.

On the aerodynamic front, new fender flares and strikingly styled aprons and spoilers feature at the front and back. The curved fender flares on the front and rear axle come complete with matching fender liners and add a full 7cm to the width of the X5 - thus creating the space necessary for extra-wide wheels and tires. Other aerodynamic modifications include large air ducts that make the vehicle look more aggressive while improving cooling to the engine and brakes.

The top-end version of the Typhoon features 23in wheels at the front and back, which were custom developed for the vehicle. The wheels themselves are shod in high-performance Michelin tires.

Under the hood, a much more powerful engine than even the standard 4.8L V8. Working with ASA Engineering, a world-renowned engineering firm and OEM supplier of high-tech superchargers, G-Power has developed a supercharger system that increases power output of the engine to 525hp (386kW) at 6,100rpm and boosts peak torque to 600Nm at 5,300rpm. Other adjustments include a new intercooler and a high performance exhaust system with racing catalysts.

All the engine work gives the ungainly BMW X5 SUV certain sports-car capabilities, including the ability to sprint from rest to 62mph in just 6.2 seconds, with 124mph coming up after just 18.4 seconds. Meanwhile, top speed is now 170mph (275 km/h).

Inside, the Typhoon's cockpit can be upgraded with accessories such as an ergonomically shaped sport steering wheel, a Typhoon-design speedometer and a number of sporty aluminum accessories.