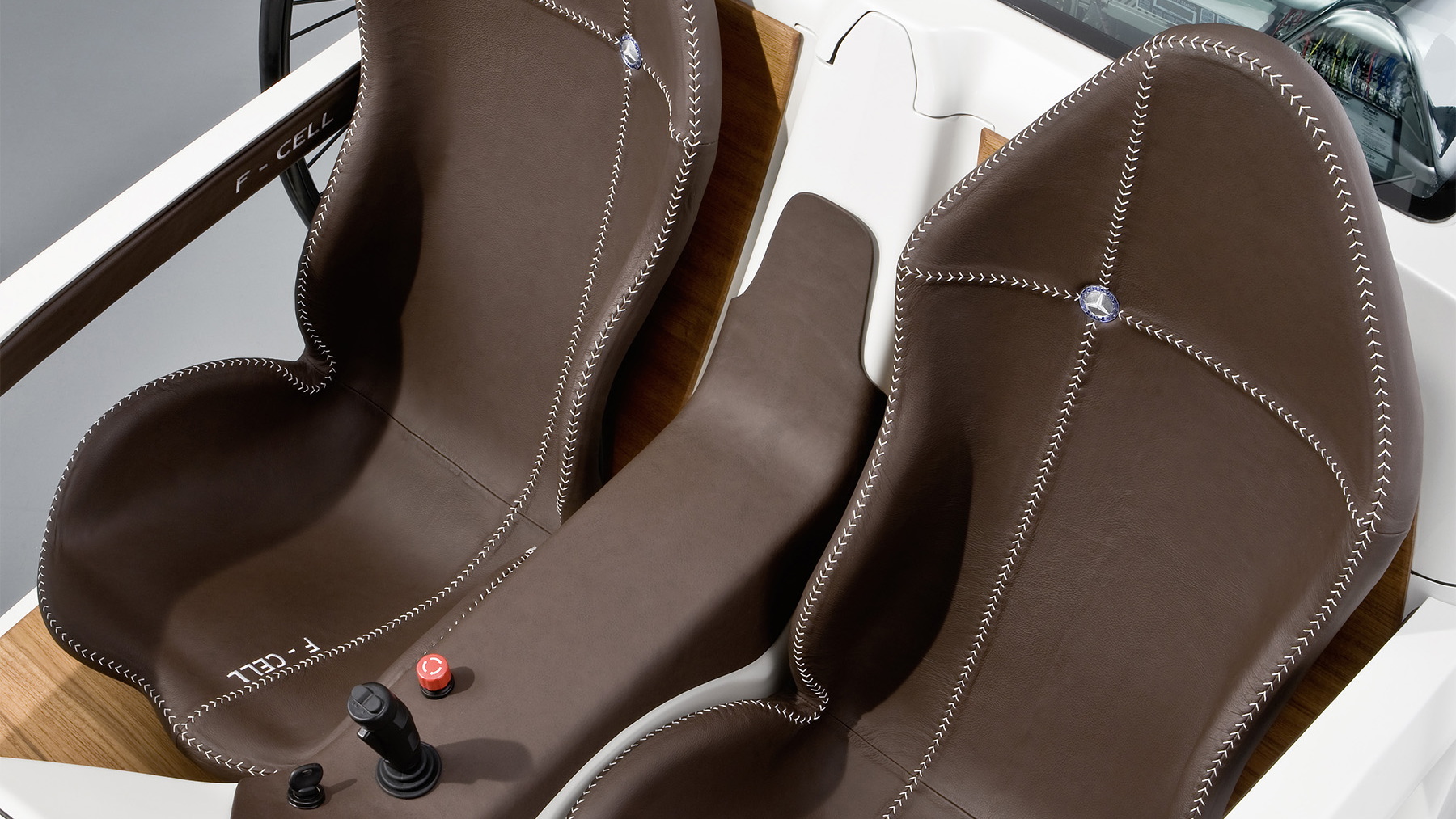 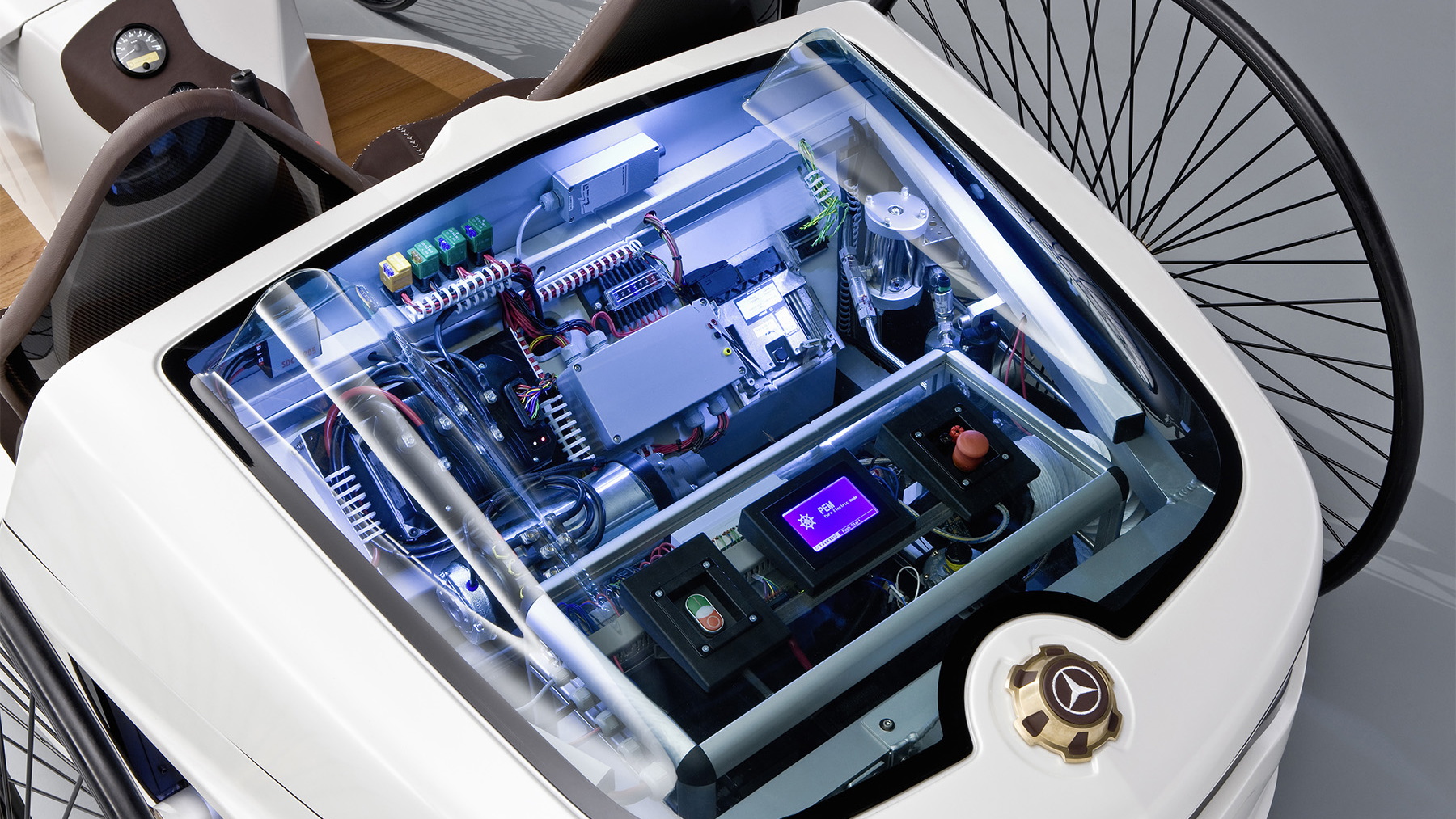 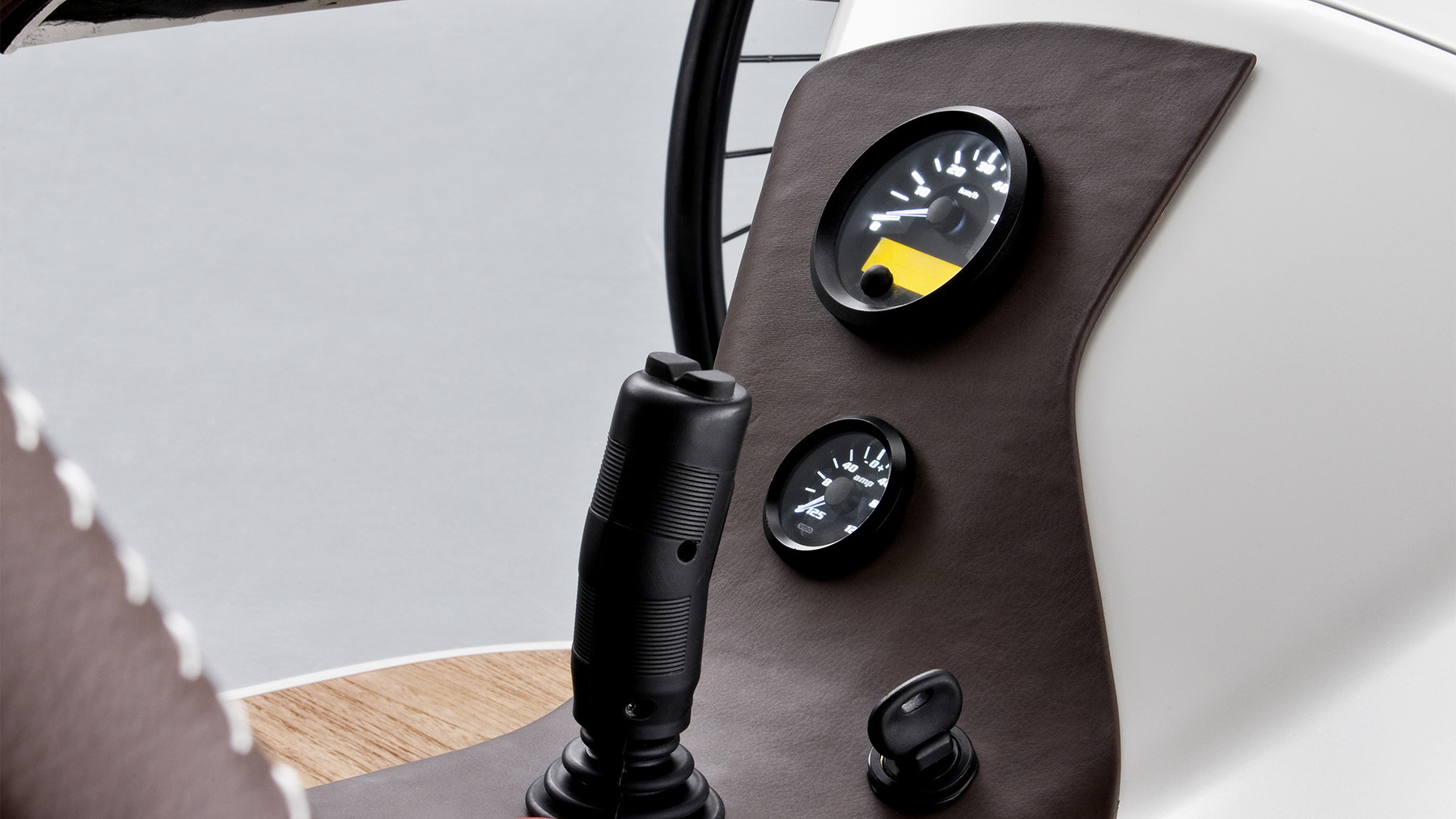 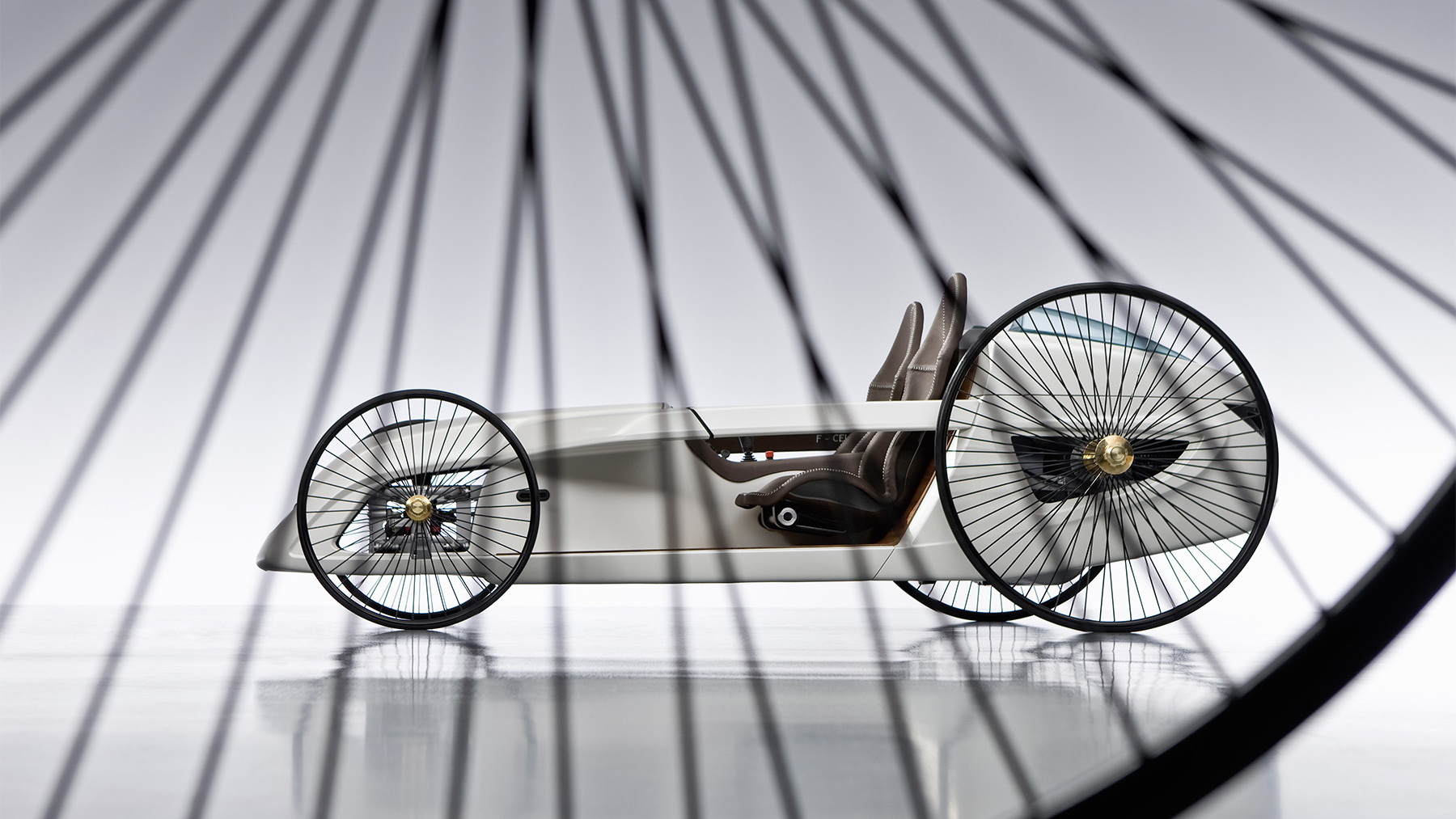 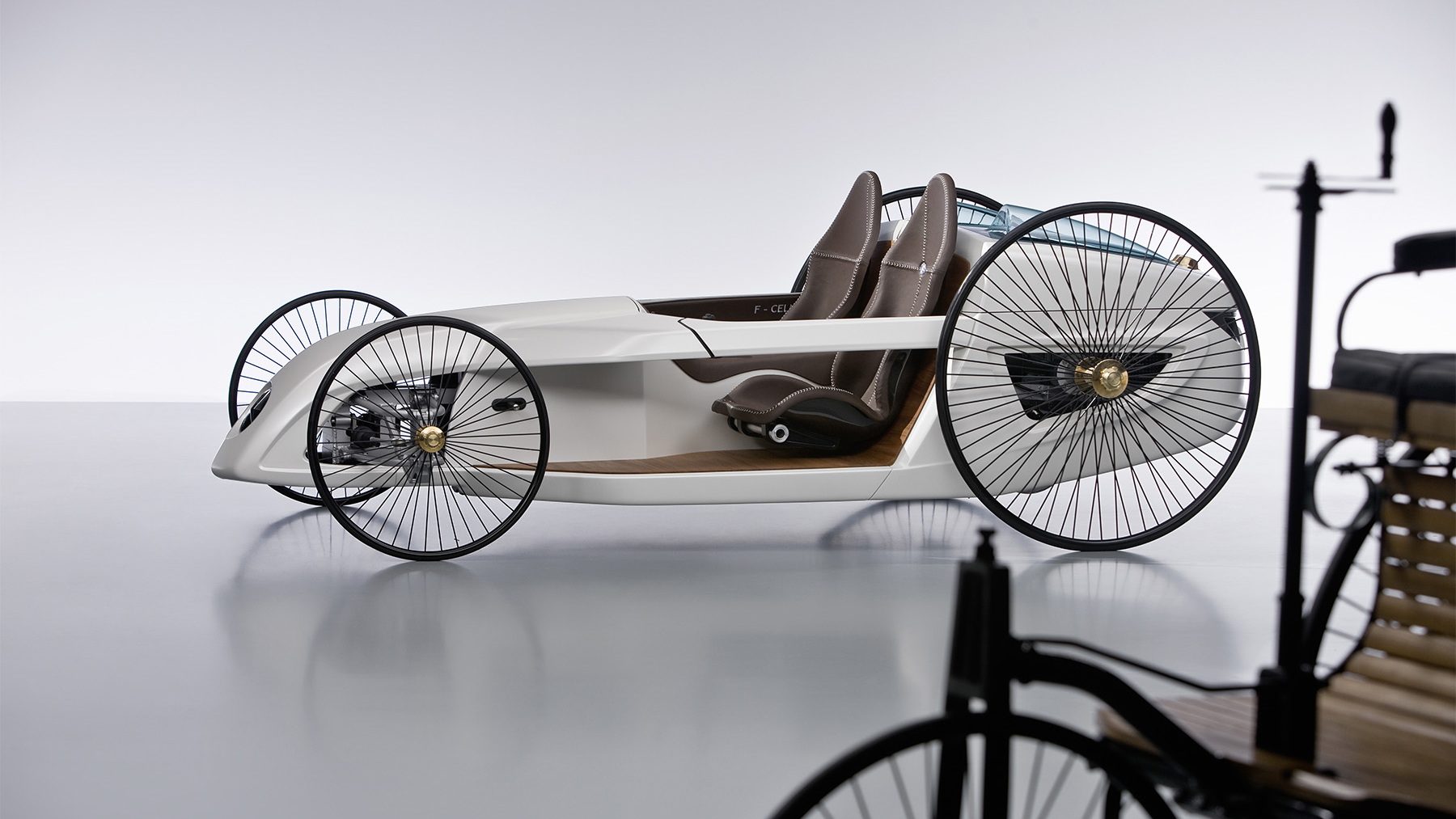 19
photos
With its skinny, spoked open wheels and an open-air cabin, the Mercedes Benz F-CELL Roadster looks more like the cars of the turn of the 20th century than those of the 21st, but design students blended the two to illustrate a point. The combination of old and new symbolizes a rebirth of thinking about how to build and power cars.

As the name suggests, the F-CELL Roadster is powered by a 1.2kW fuel-cell system. Using drive-by-wire technology and a joystick to control the action, the car is capable of up to 15mph (25km/h) and has an estimated range of up to 217mi (350km). Though the car is high-tech, it would likely be outpaced by its horse-drawn and early combustion-engine brethren at a sprint.

Aside from the historical design elements, however, the car is all high-tech, including a set of carbon-fiber bucket seats and a fiberglass front section based on the same componentry as Formula 1 race car bodies.

Altogether, it took over 150 trainees and 'dual education system' students about a year to arrive at the final design of the radical F-CELL Roadster. Every element of the car - even though it's just a rendering - has been designed from the ground up, including automotive 'mechatronics', electronics, manufacturing mechanics and even the car's interior features.

"I am delighted to see how much initiative and creativity the young people have put into this project," said Human Resources Board member and Labor Relations Manager Günther Fleig.

There are no plans to produce the car, for obvious reasons, though the technology demonstration does hint at Mercedes' continued commitment to hydrogen fuel cells as an alternative to more conventionally accepted battery electric vehicles. For more on Mercedes' work with hydrogen fuel cells, check out the BlueZERO family of concepts here.