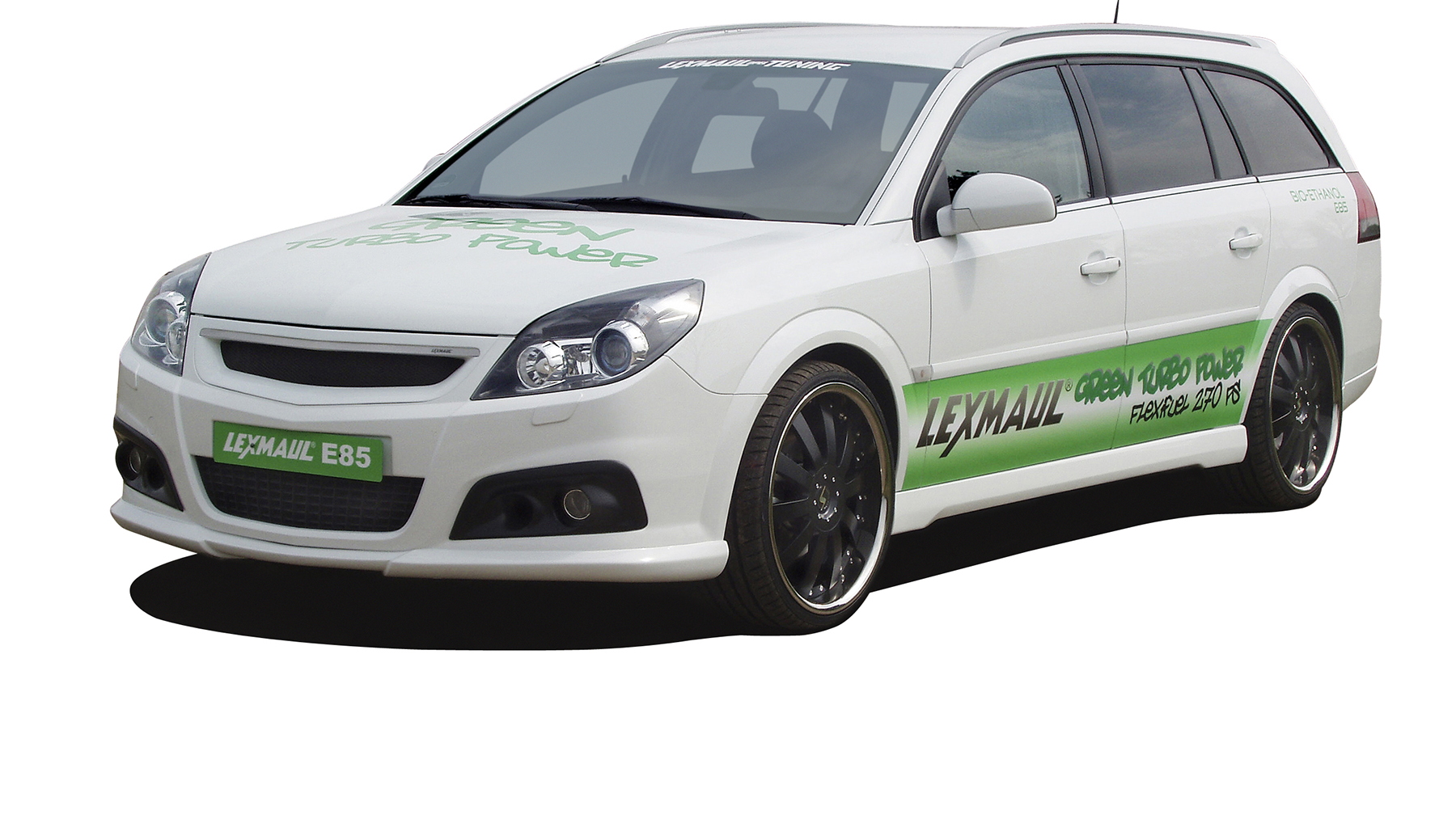 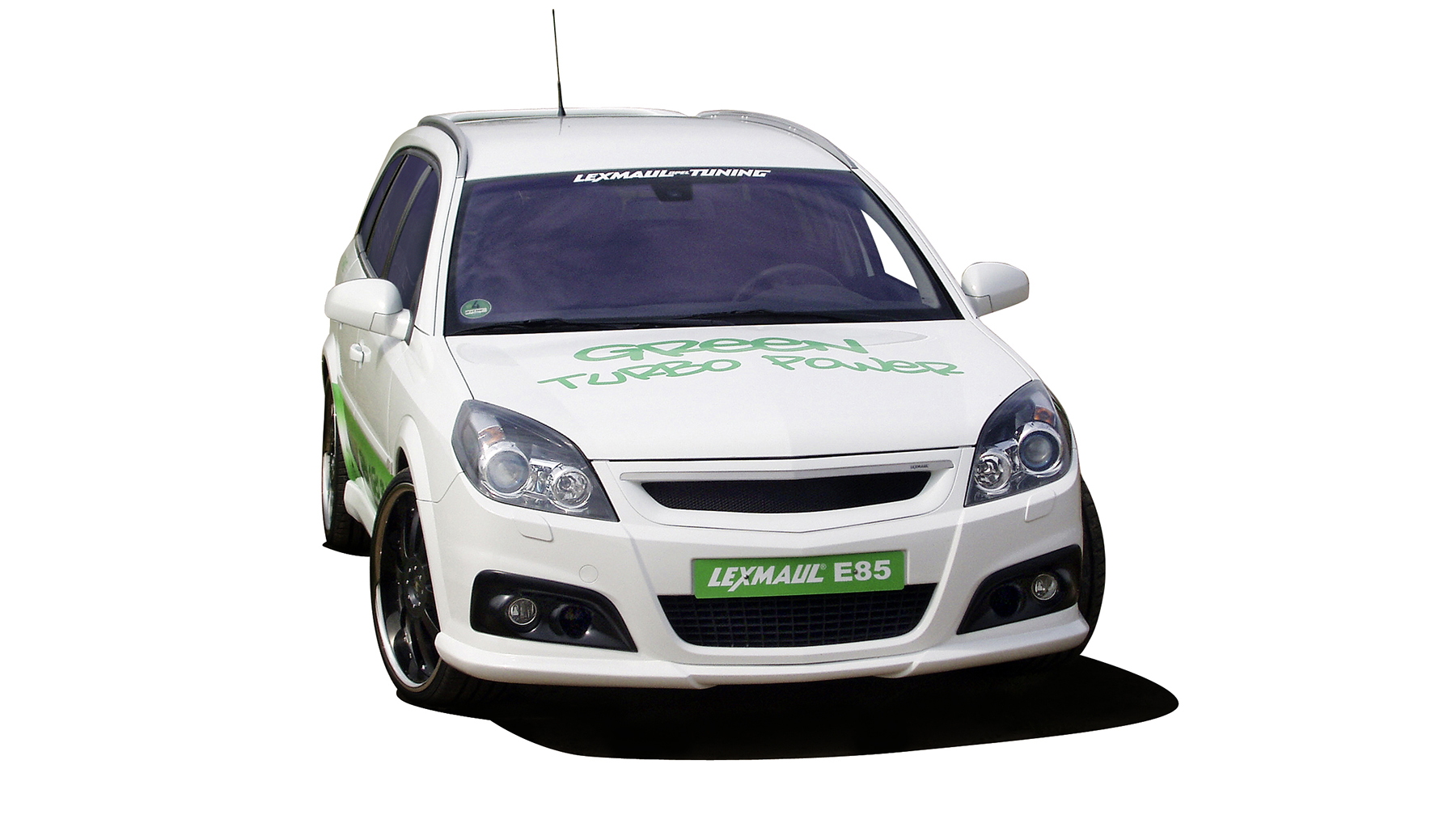 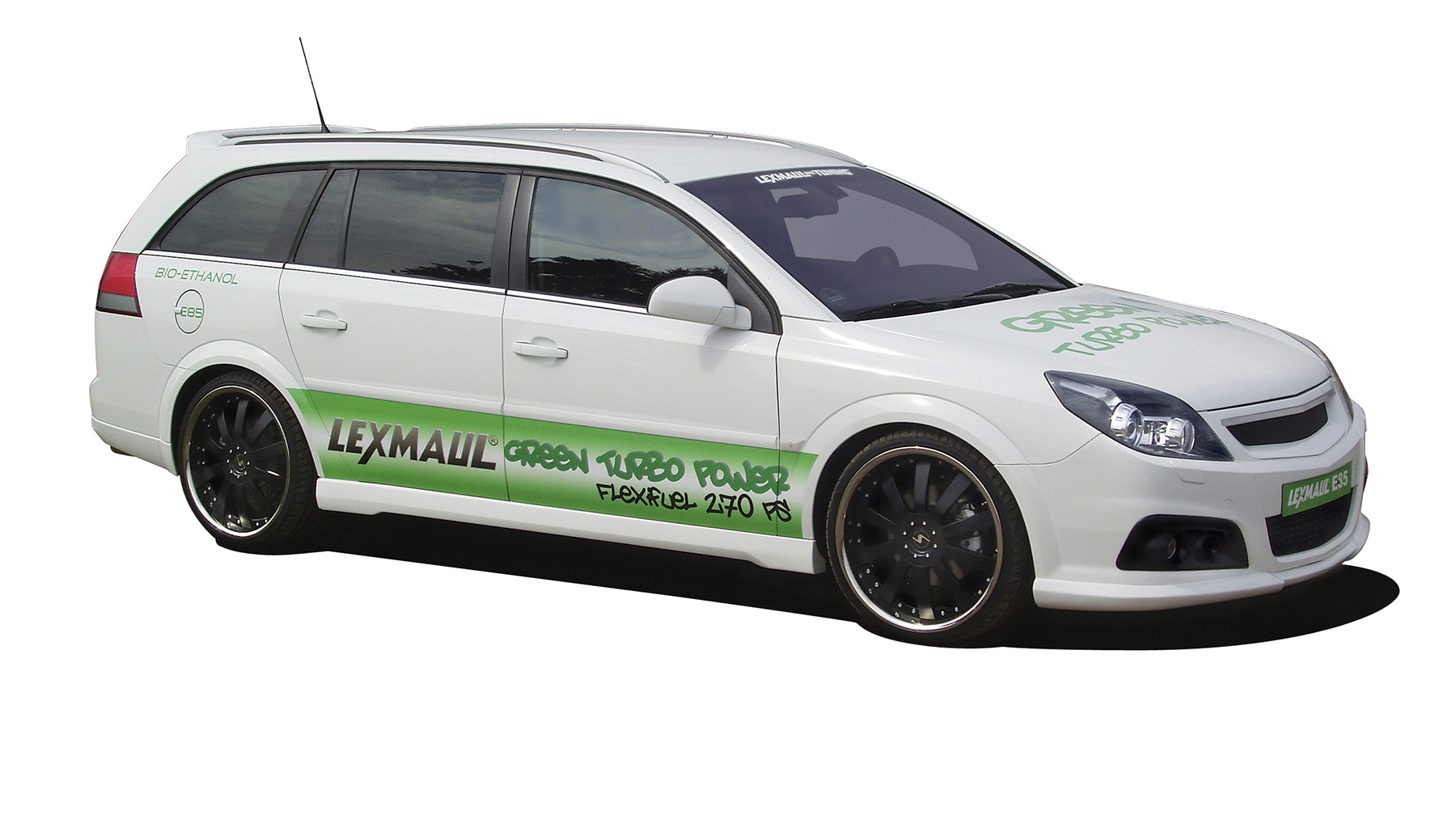 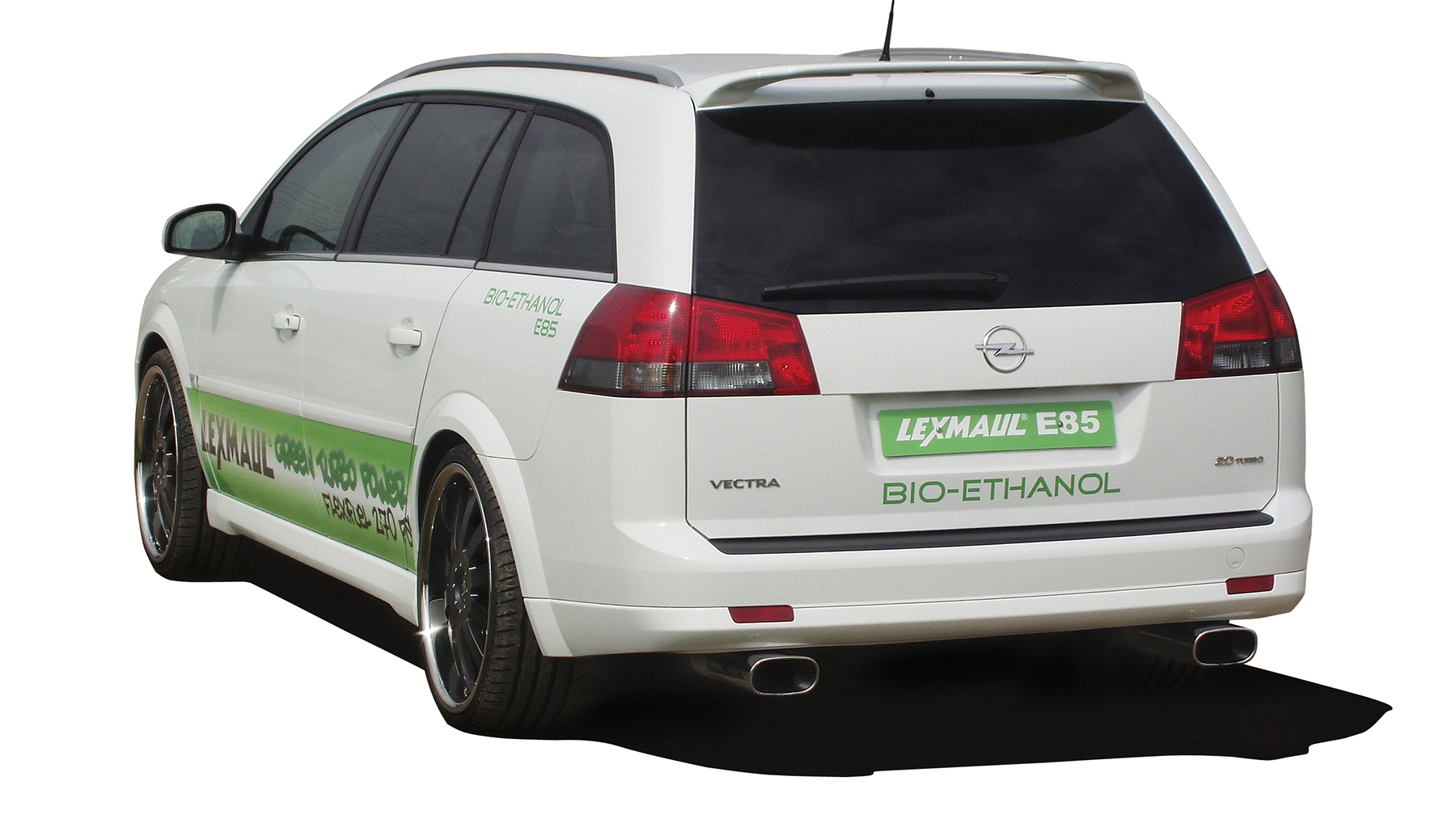 4
photos
Ethanol is a hot topic among biofuels advocates - and opponents - and green-car fiends alike, but it has a long tradition as a performance fuel as well. Lexmaul taps into that tradition with their latest Vectra, converting the car to E85 flex-fuel capability for extra performance.

The conversion kit is included in Lexmaul's 'Stage 1' program for the Vectra, while a 'Stage 2' kit adds an improved exhaust to the mix. Also included in the Stage 1 outfit is a custom body kit and Lexmaul branding inside and out.

A trick button-press feature tells the computer to switch from E85 to regular petrol and back, optimizing fuel maps for the right go juice. Without this adaptation, the system could fall victim to the OEM-type flex-fuel system, which has to run a compromise map for all fuels, often decreasing performance and efficiency with petrol, E85, or in some cases, both.

The flex-fuel conversion kit costs just 899 ($1166), so it's not going to break the bank, though the limited availability of E85 might make it a bit of a doomed proposition in many parts of the world - especially Europe.