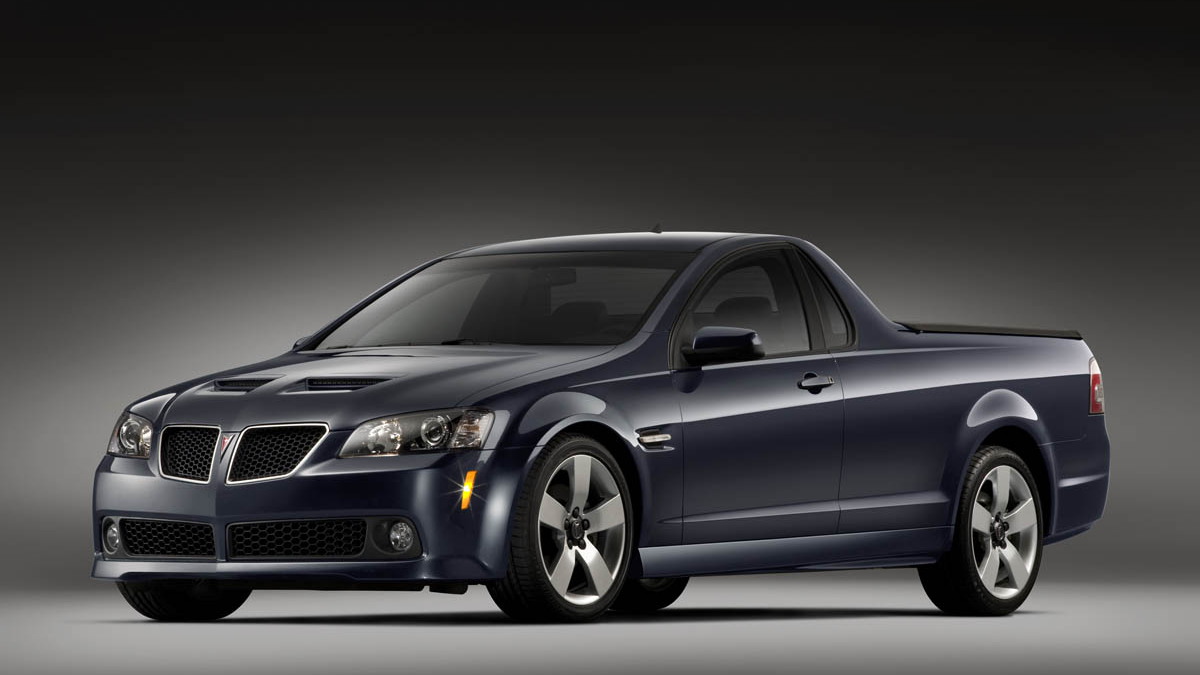 8
photos
For many car companies, finding a clear and coherent brand identity isn't as easy as it might seem. Case in point: Pontiac. The rip-snorting G8 hasn't been the success it might have been if fuel prices and economic woes hadn't struck as it made its debut, and now the G8 ST, or sport truck, won't even see the light of day according to the latest reports.

According to information from 'industry sources', enthusiast site PickupTrucks is reporting that the 2010 G8 ST won't see production. The sources indicate the decision comes as part of a redefinition of Pontiac's image and a simple cost-cutting measure - reducing Pontiac's line from six vehicles to three or less by 2012.

Dubbed by many as the return of the El Camino, the cargo-carrying two-door car/truck combo has been quite successful in its home market of Australia, where it does duty as a work-day vehicle in addition to its sporting role. In the U.S., however, Pontiac's brand image - and public perception of such vehicles - doesn't really allow for the utilitarian angle. And selling on its sporting potential alone is increasingly out of sync with Pontiac's thrifty-yet-cool brand image borne by products like the G3, G5 and G6.