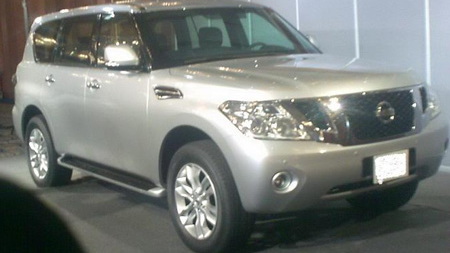 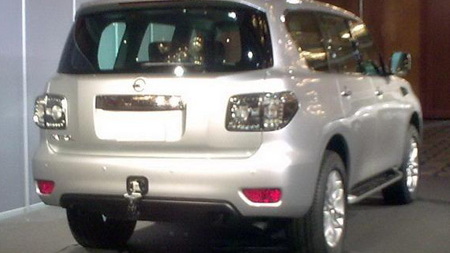 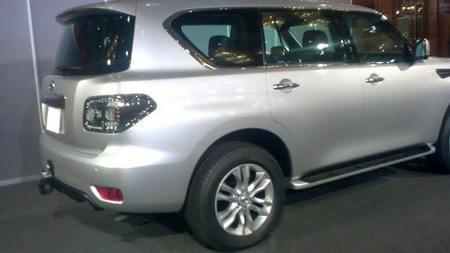 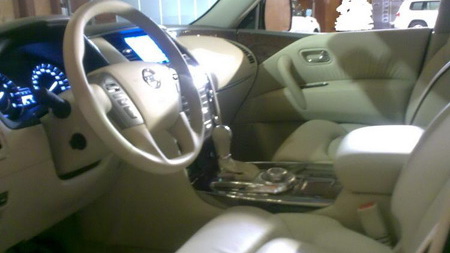 Nissan's earlier production phase out of the Infiniti QX56 and the Nissan Armada SUVs at its Mississippi plant was claimed to have been done to free up production for the Nissan NV2500 commercial vehicle, but many commentators suspected that Nissan could be dropping these two under-performing models.

Now, spy shots from the Middle East seem to depict a new Nissan SUV, the Nissan Patrol, which is usually only sold in non-American markets but that could be hitting the States if the Armada and the Infiniti QX56 are removed from the lineup.

According to the source, the pictures were taken at a workshop held for training dealers and agents who would be receiving the car. The car will reportedly be stepping up its game to compete with the Toyota Land Cruiser, which includes offering a petrol V8 engine as well as a 3.0L V6 diesel engine, developed jointly with Renault. The 3.0L longitudinally-mounted diesel engine is expected to have around 265hp and 405lb.-ft of torque.

In terms of its appearance, the new Patrol looks softer than the outgoing model, which should help it appeal to those want an SUV without the strictly utilitarian looks found in serious workhorses such as the previous generation Patrol and the Toyota Land Cruiser.

The new interior seems to confirm this shift in attitude, with modern gadgets and luxurious leather being found in abundance to bring the Patrol into the 21st century. Coupled with what appears to be a satellite navigation screen in the center console and a control knob behind the gear lever, the new Patrol should find favor with customers not looking for an out-and-out utility vehicle.