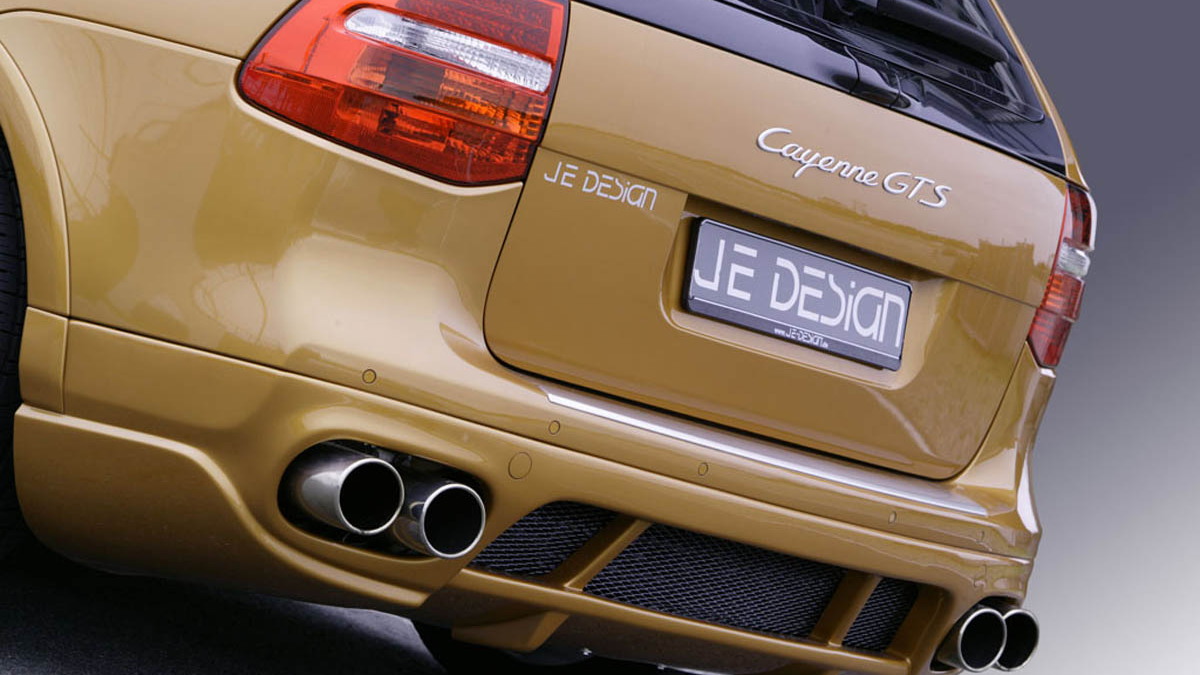 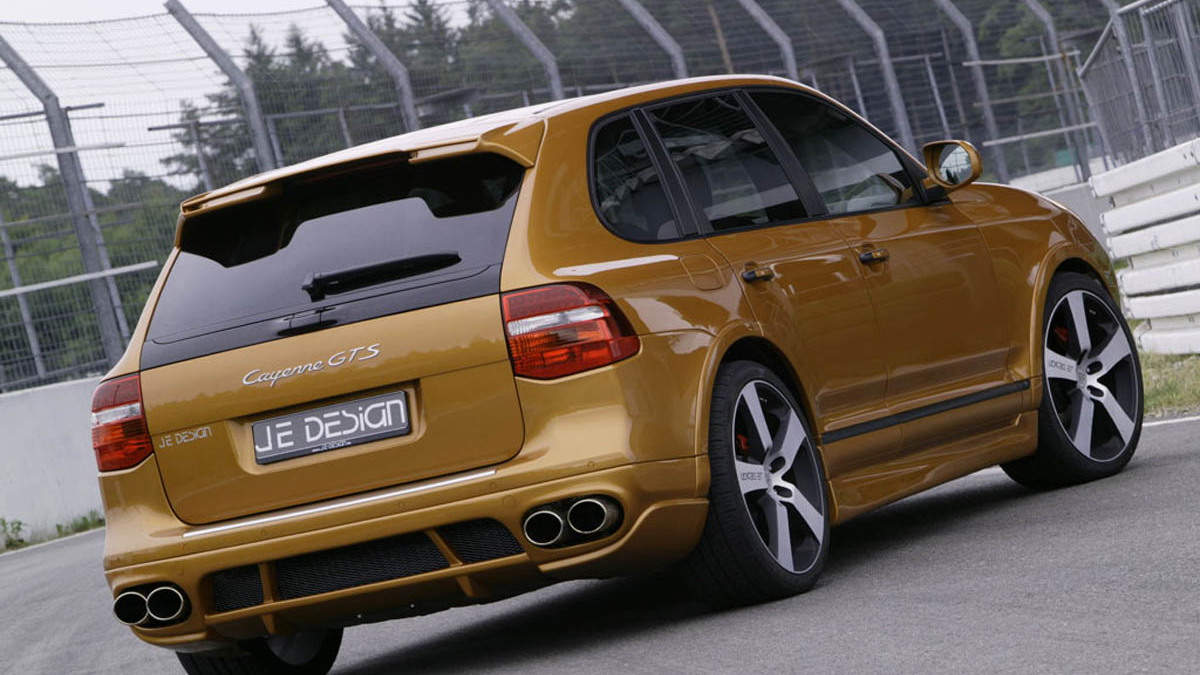 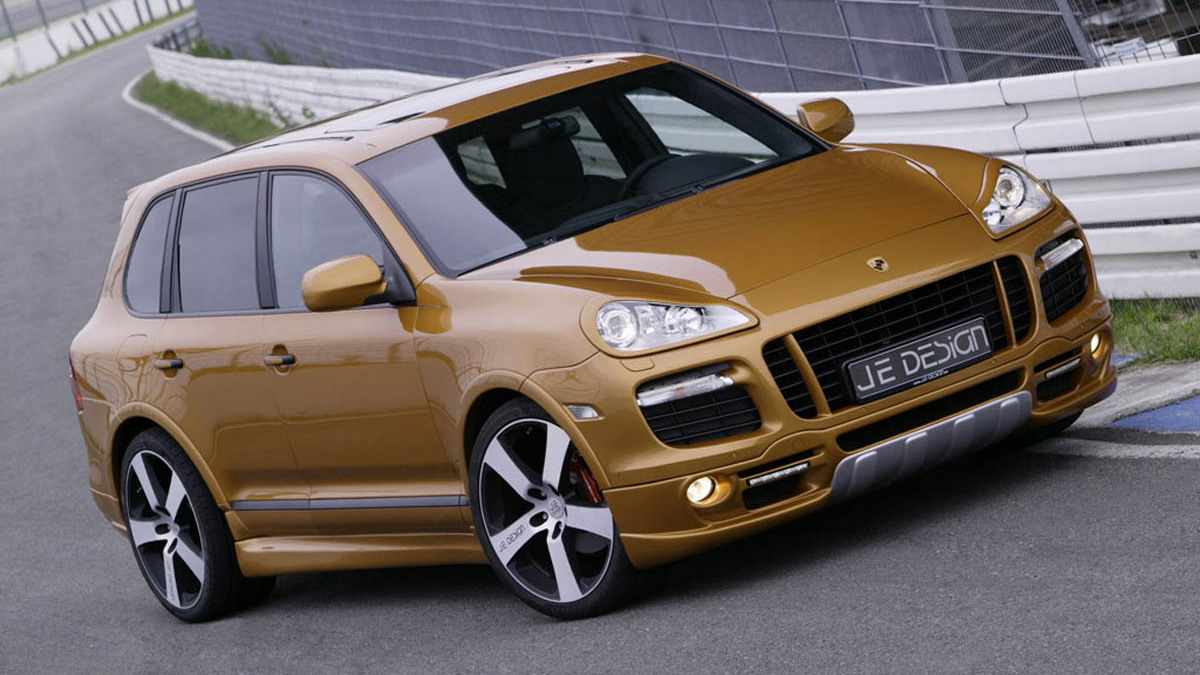 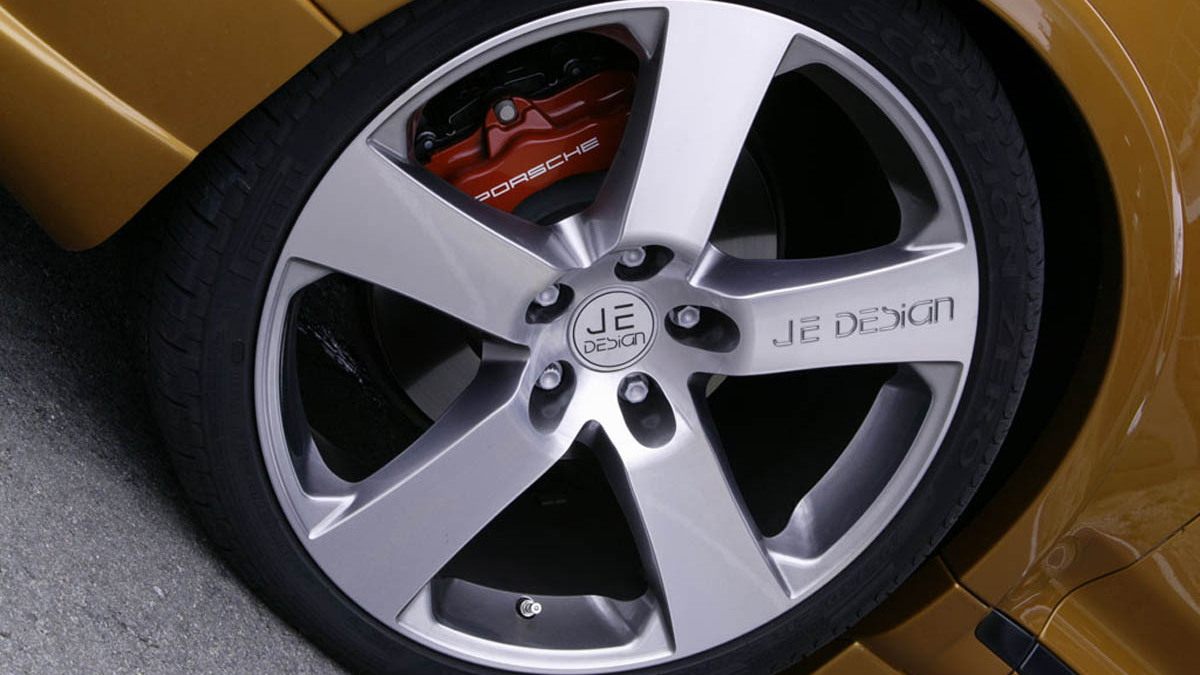 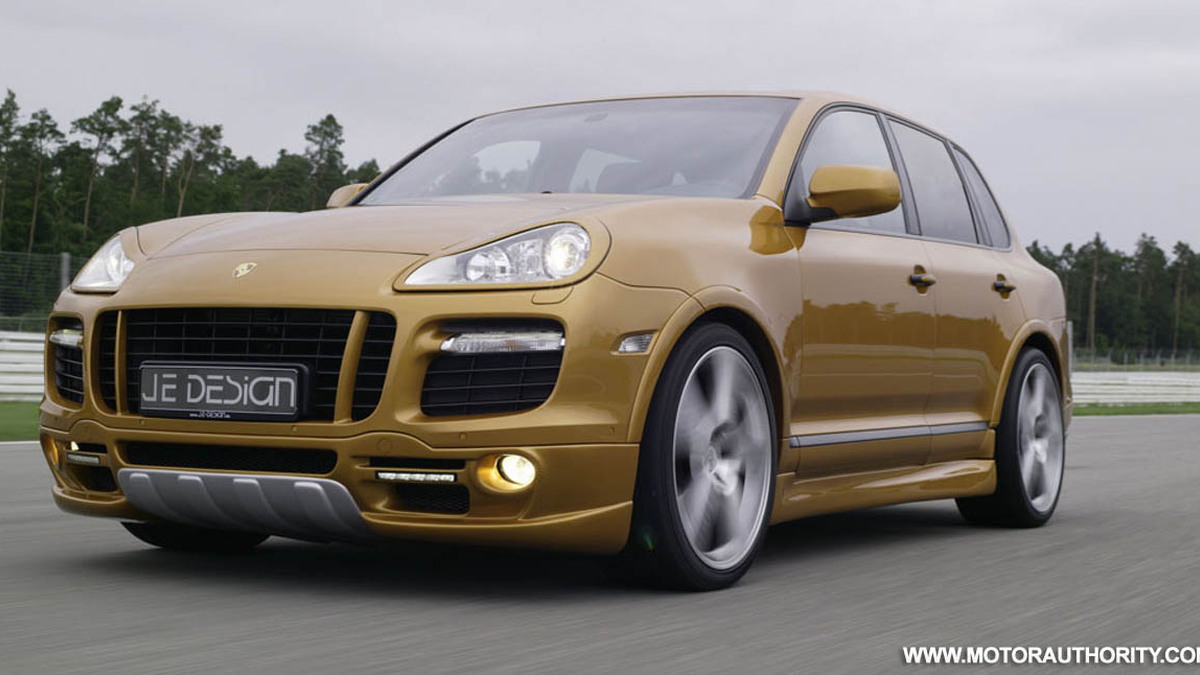 6
photos
German tuning house JE DESIGN previously specialized in customizing cars from Seat, such as the Leon Cupra hot-hatch we reported on last year. Gradually, the tuner has taken its hand at customizing large SUVs from the Volkswagen Group, such as the VW Touareg and Audi Q7. The firm has now developed an extensive customization program for the Porsche Cayenne GTS, as well as the Turbo and Turbo S SUVs.

The JE DESIGN styling program for the Porsche Cayenne models includes a front and rear skirt extension made of fiberglass or optional carbon. The makeover also includes integrated LED daytime running lights and side skirts, which can be optionally ordered with LED lights integrated around the door sills. Completing the kit is a custom rear diffuser with oval shaped exhaust pipes made of stainless steel.

JE DESIGN has also added some custom wheels, which have been especially developed for large luxury SUVs such as the Porsche Cayenne. Measuring up to 22in in diameter, the wheels feature a five-spoke design and come as a one-piece cast unit.

It wouldn’t be a true JE DESIGN kit without some handling mods, and fortunately for the Cayenne GTS the firm doesn’t fail to deliver. In order to make the heavy Cayenne even more agile, the tuning specialist has lowered the body by 35mm with the help of an electronic lowering module. For an even lower ride, customers can also opt for a stainless steel coilover kit with an integrated rebound range that can lower the SUV by up to 70mm.