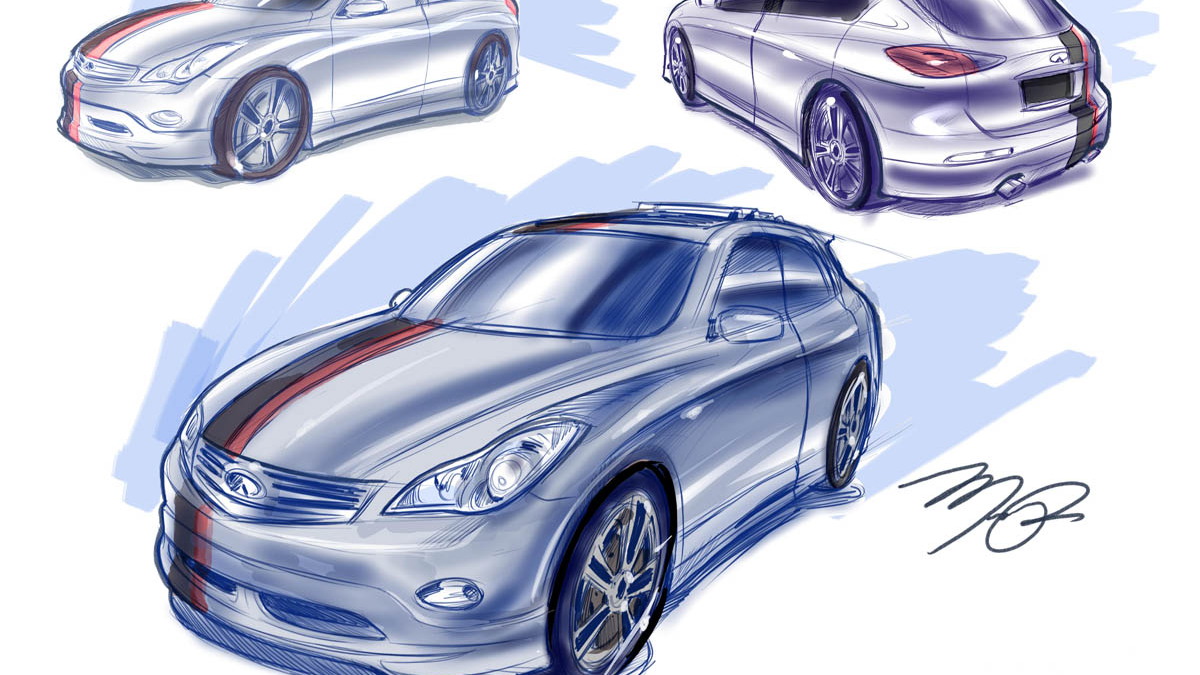 2
photos
Infiniti is set to make its first-ever showing at the SEMA Auto Show that is taking place in Las Vegas this week, but despite its relative inexperience at the event the carmaker is bringing its entire lineup. This means there will be custom versions of the sporty G coupe and sedan, the M luxury sedan, the EX and FX crossovers, and the QX full-size luxury SUV.

Infiniti has enlisted the help of a number of aftermarket vehicle suppliers and customizers, and has released today a preview of one of the modified EX crossovers in the form of this teaser sketch.

While the teaser sketch is hardly detailed, there are a few minor elements we can gather. The image depicts an EX crossover that has been fitted with what appears to be a new bumper, aftermarket alloy wheels, and a full-length racing stripe.

November will be a busy month for Infiniti. Not only is the brand making its SEMA debut, it will also unveil the all-new G37 Convertible at the upcoming Los Angeles Auto Show and plans to update its EX crossover after just one year of sales.