Infiniti last year announced plans for a new electrified platform that will spawn its first model in 2021.

The platform is a modular design that will be able to spawn EVs, both extended-range and battery-electric. EVs based on the platform will offer a maximum 429 horsepower which Infiniti estimates will be enough for 0-62 mph acceleration in around 4.5 seconds.

Infiniti last week revealed new details about its EV plans which are shaping up to be very different to what rivals are planning. While Infiniti will have conventional battery-electric powertrains, the automaker will also offer extended-range powertrains, which Infiniti is referring to as gas-generated EVs. Parent company Nissan already offers it overseas in its e-Power range. 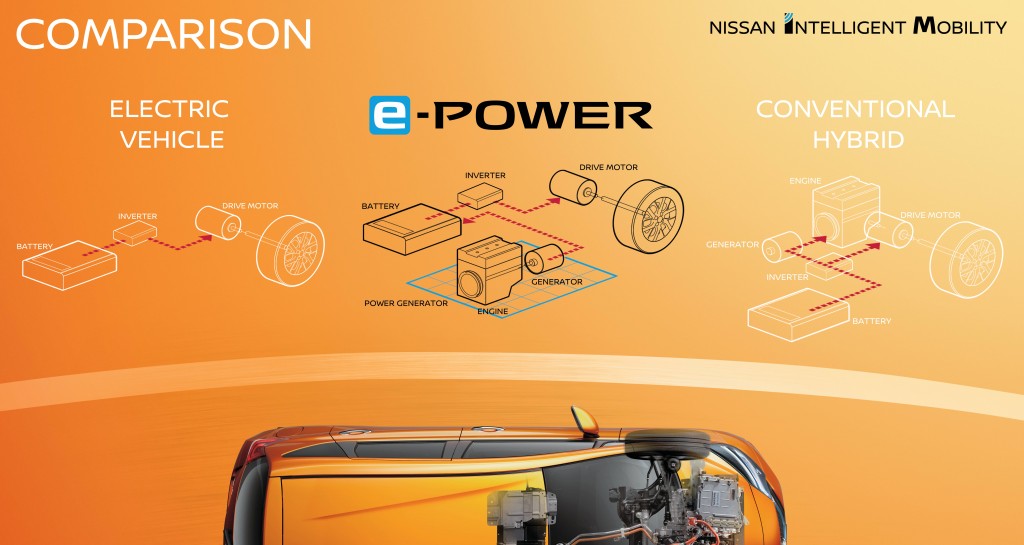 In extended-range EVs, also known as series hybrids, the batteries that power the electric motor(s) are charged by a combination of energy regeneration and an internal-combustion engine acting purely as a generator. But unlike other extended-range EVs like the Chevrolet Volt and the Karma Revero GT, the Infinitis won't have a plug for charging.

This is because the battery in Infiniti's extended-range EVs will be very small. We're talking between 3.5 and 5.1 kilowatt-hours, depending on model. They will require almost constant charging, meaning the range extender, in this case a 1.5-liter turbocharged inline-3, will almost always be running.

While this might seem like defeating the purpose of driving an EV, it will help reduce emissions since electric motors use energy more efficiently than internal-combustion engines when driving wheels. Also, owners will get other EV positives such as smooth power delivery and strong acceleration. Infiniti will also use noise-canceling technology to help silence the range extender. 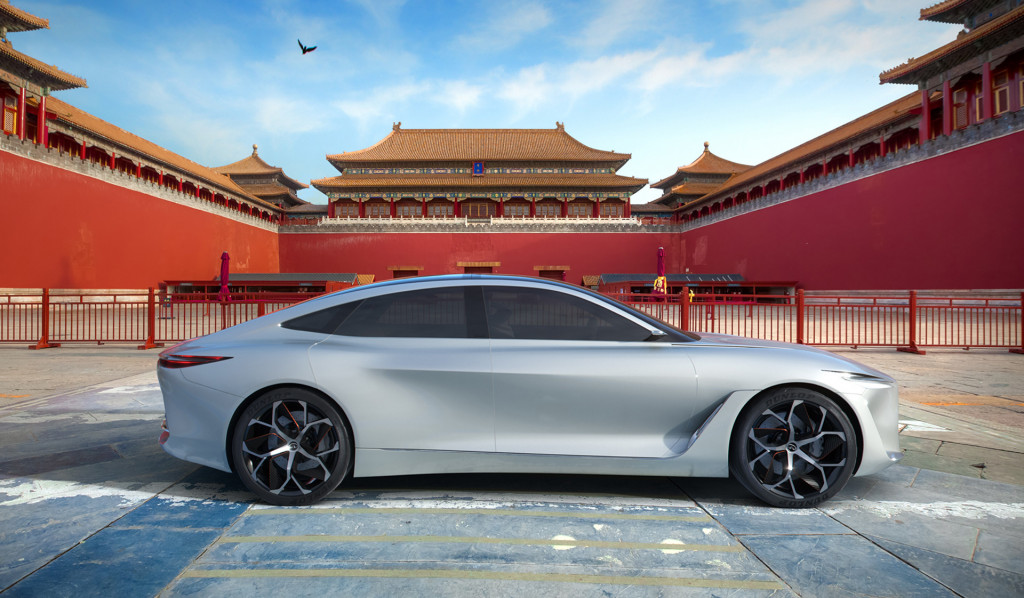 "Our new gas-generated EV powertrain represents the next step into our electrified future, acting as a bridge to full electrification and setting the tone for our upcoming zero and ultra-low emission cars,” said Eric Rigaux, Infiniti's product chief.

Note, for high-performance models, Infiniti will rely on a more conventional parallel hybrid setup where the internal-combustion engine will also help drive the wheels.

Pictured above are Infiniti's Q Inspiration and QX Inspiration concepts that preview new sedan and SUV models from the brand. The former is thought to specifically preview a replacement for the recently discontinued Q70.