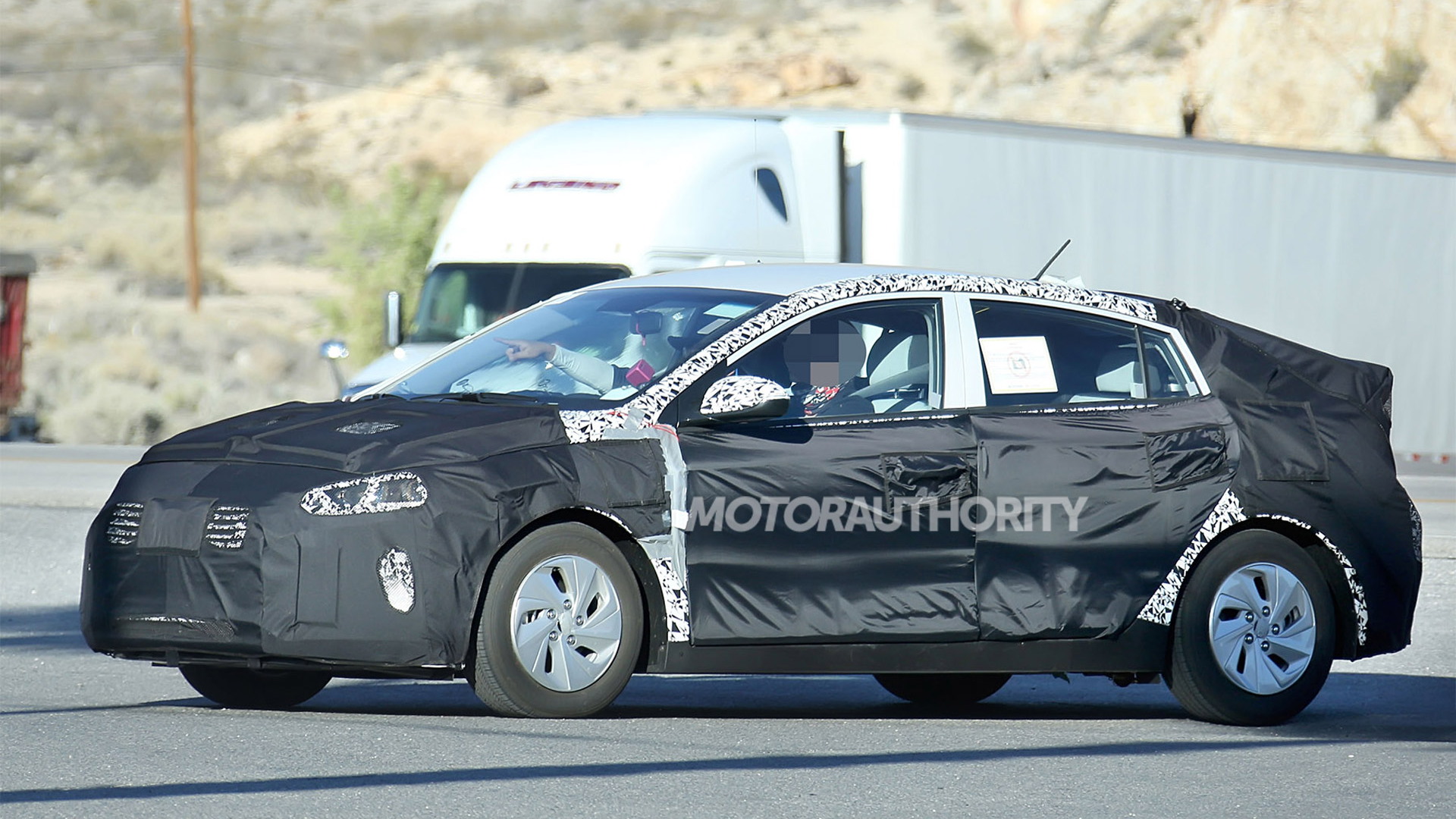 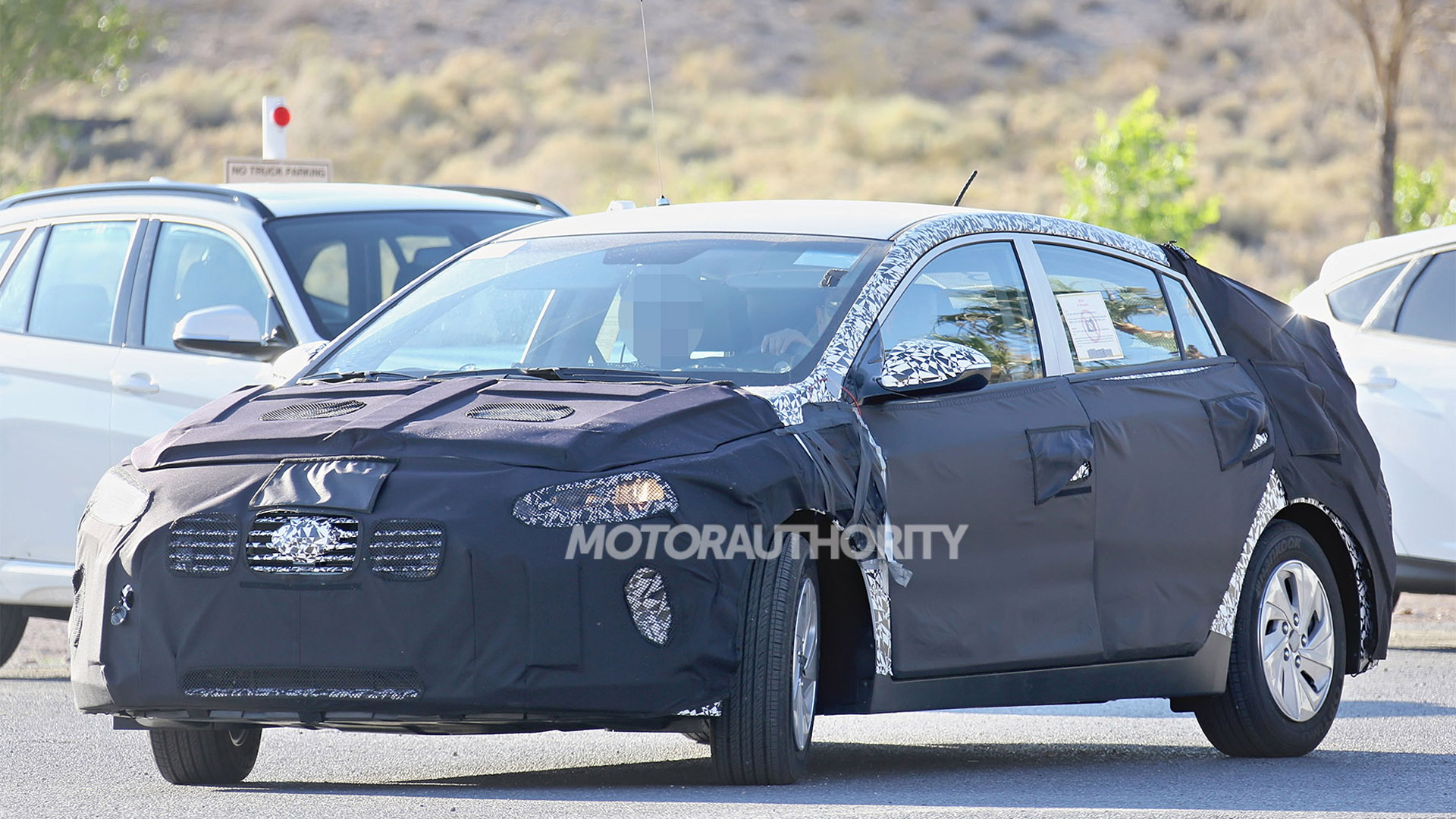 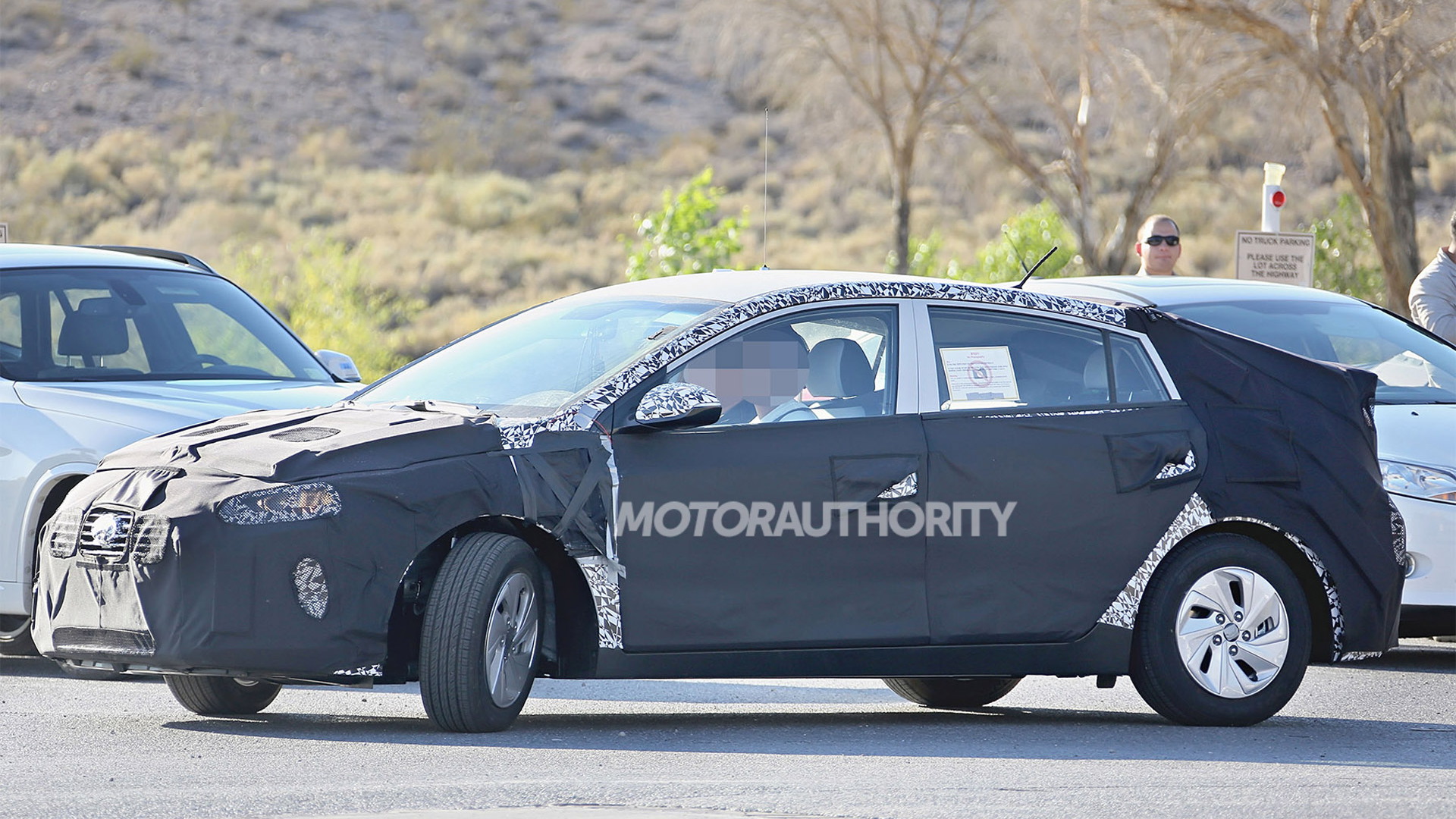 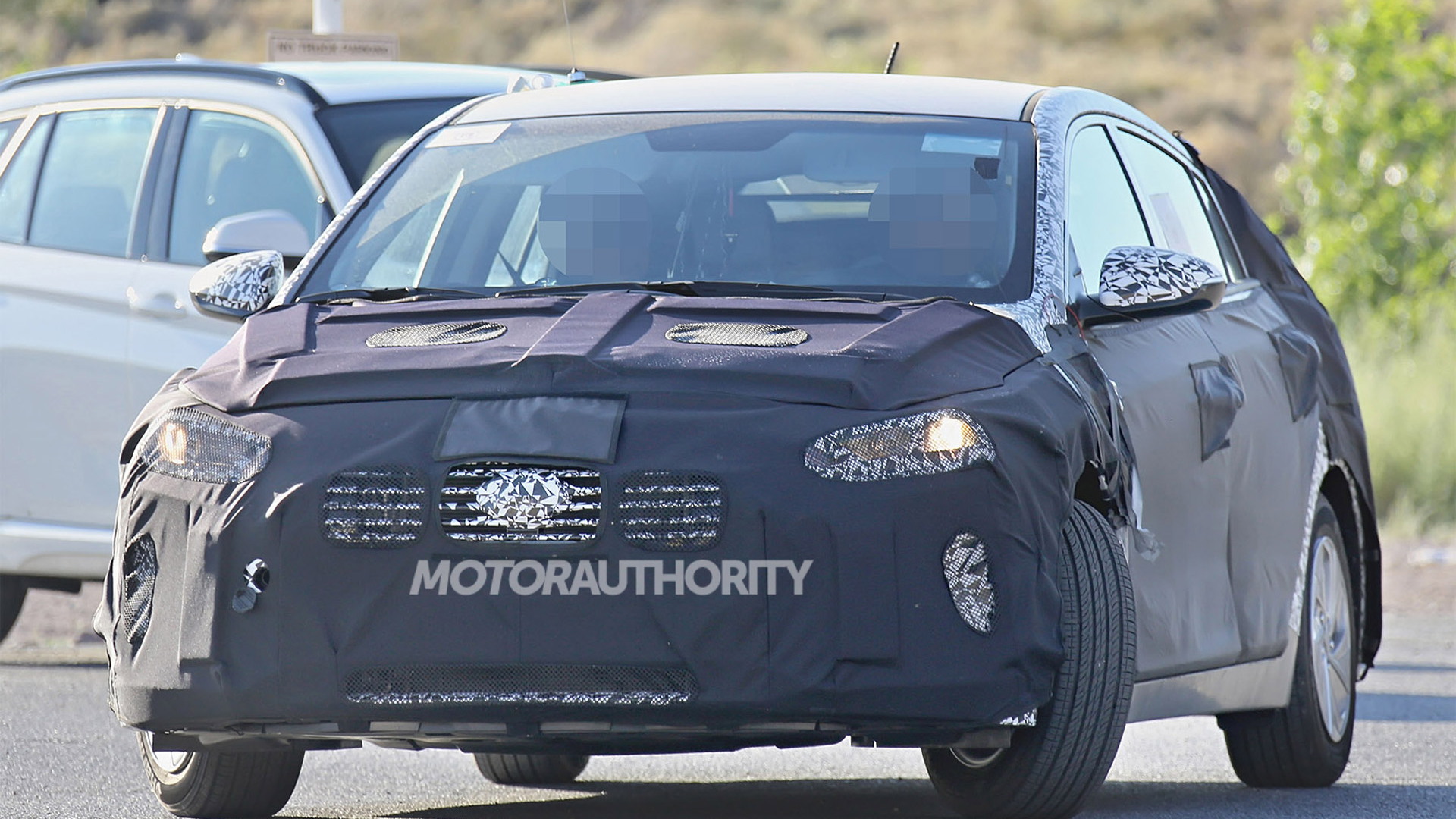 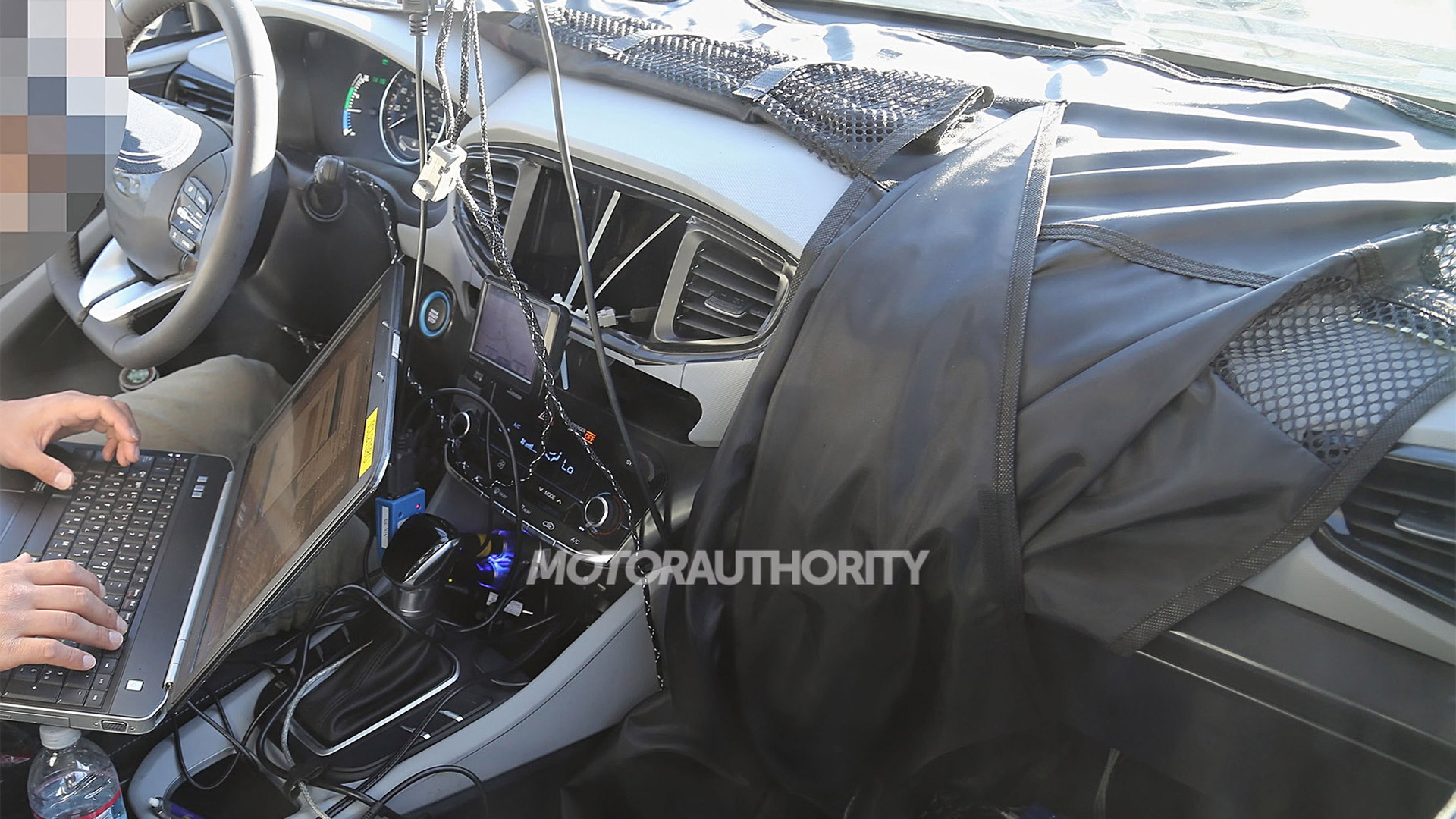 It was only yesterday that Hyundai confirmed its upcoming Chevrolet Volt and Toyota Prius rival will be called an Ioniq, and now we have a new set of spy shots of the car. As we learned yesterday, the Ioniq will go on sale next year, and it will be the first car ever to offer electric, hybrid and plug-in hybrid powertrains.

The Ioniq will be a sleek liftback sedan designed to carry five, and from these spy shots it’s quite clear the vehicle will feature a shape similar to its aforementioned rivals. That’s because the shape is largely dictated by aerodynamic efficiency. To help differentiate its own model, Hyundai will rely on its latest styling themes such as a prominent hexagonal grille and slim, LED-infused headlights.

The only official details we have on the powertrains is that the electric version will rely on a lithium-ion battery. The hybrid and plug-in hybrid models should feature a 1.6-liter four-cylinder engine for their internal combustion component. In the spy shots, we can see a concealed flap just in front of the driver’s door. This section is a common location for an electrical port.

We don’t have long to wait for full details as Hyundai will reveal its Ioniq next month. The official debut will then take place at the 2016 Geneva Motor Show next March. A showroom appearance will likely take place in the fall of next year, making it a 2017 model.