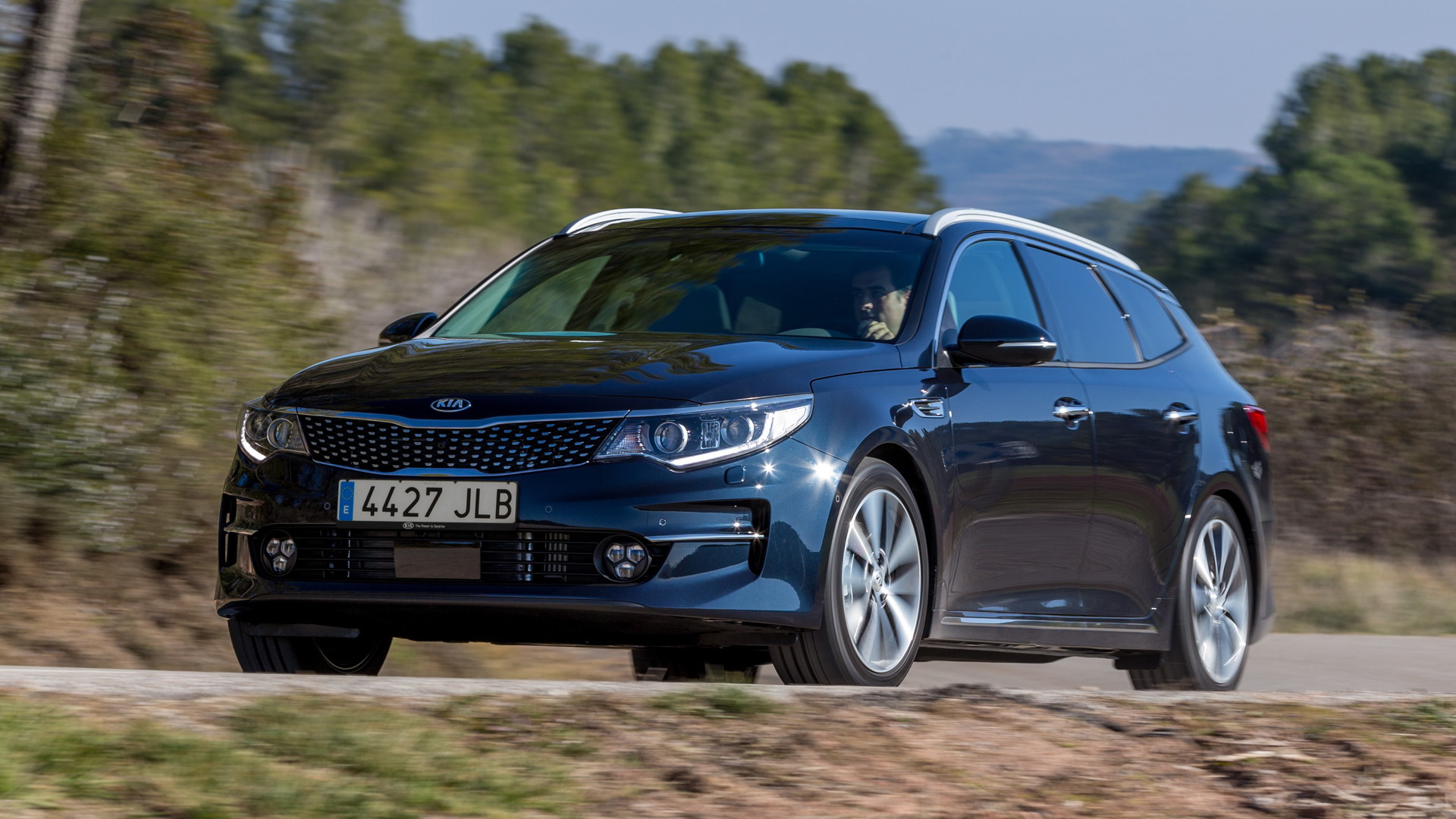 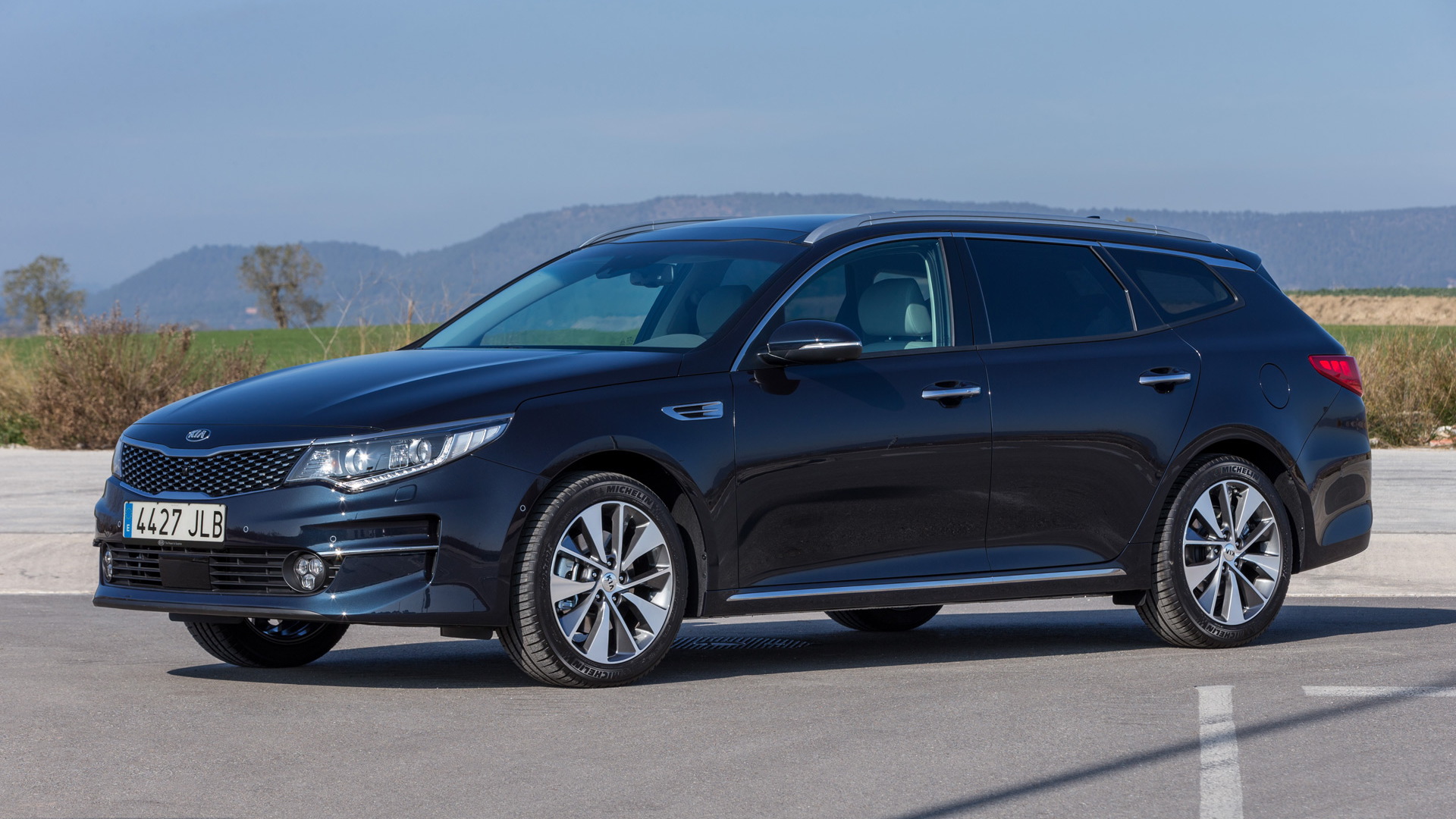 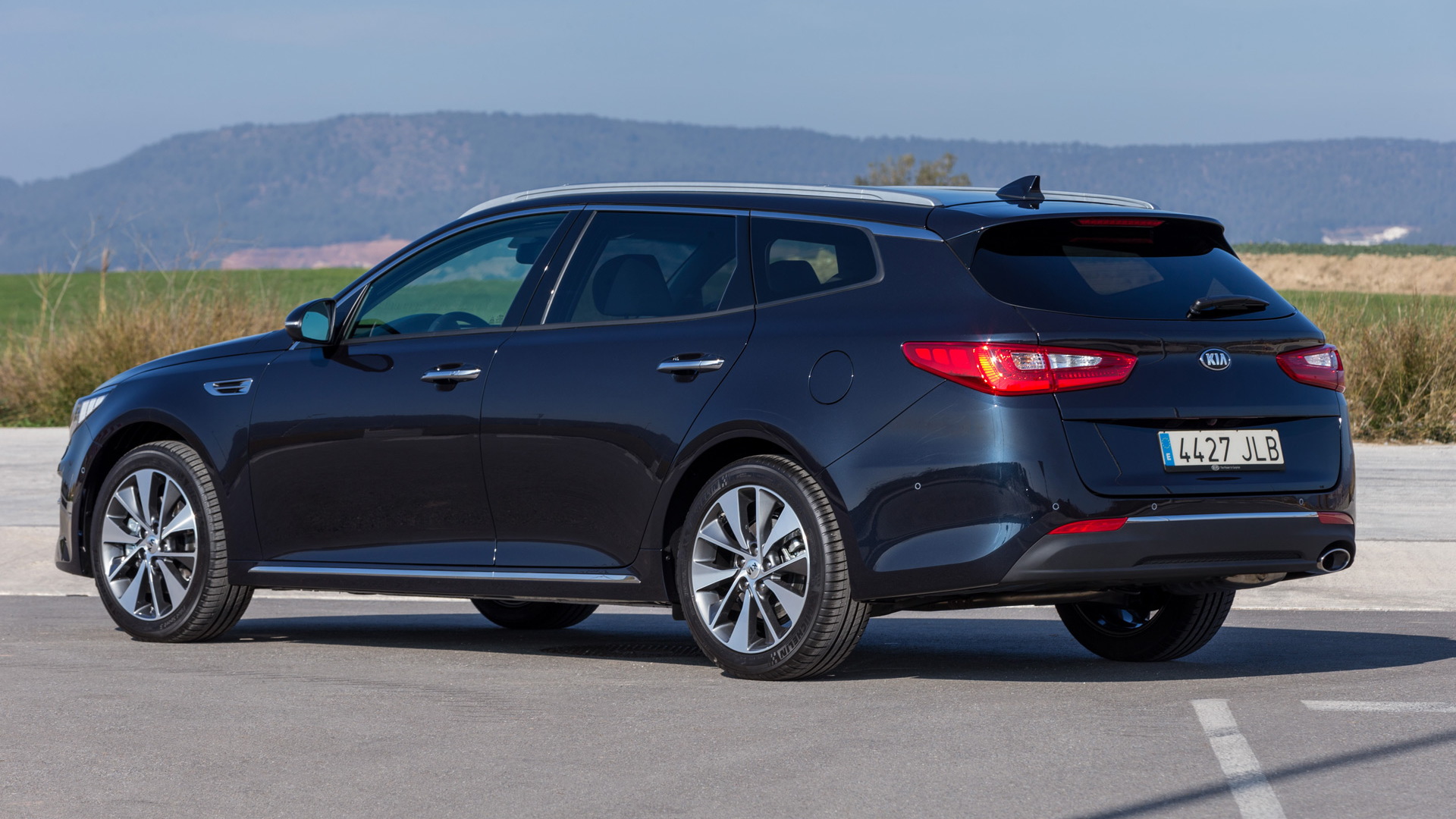 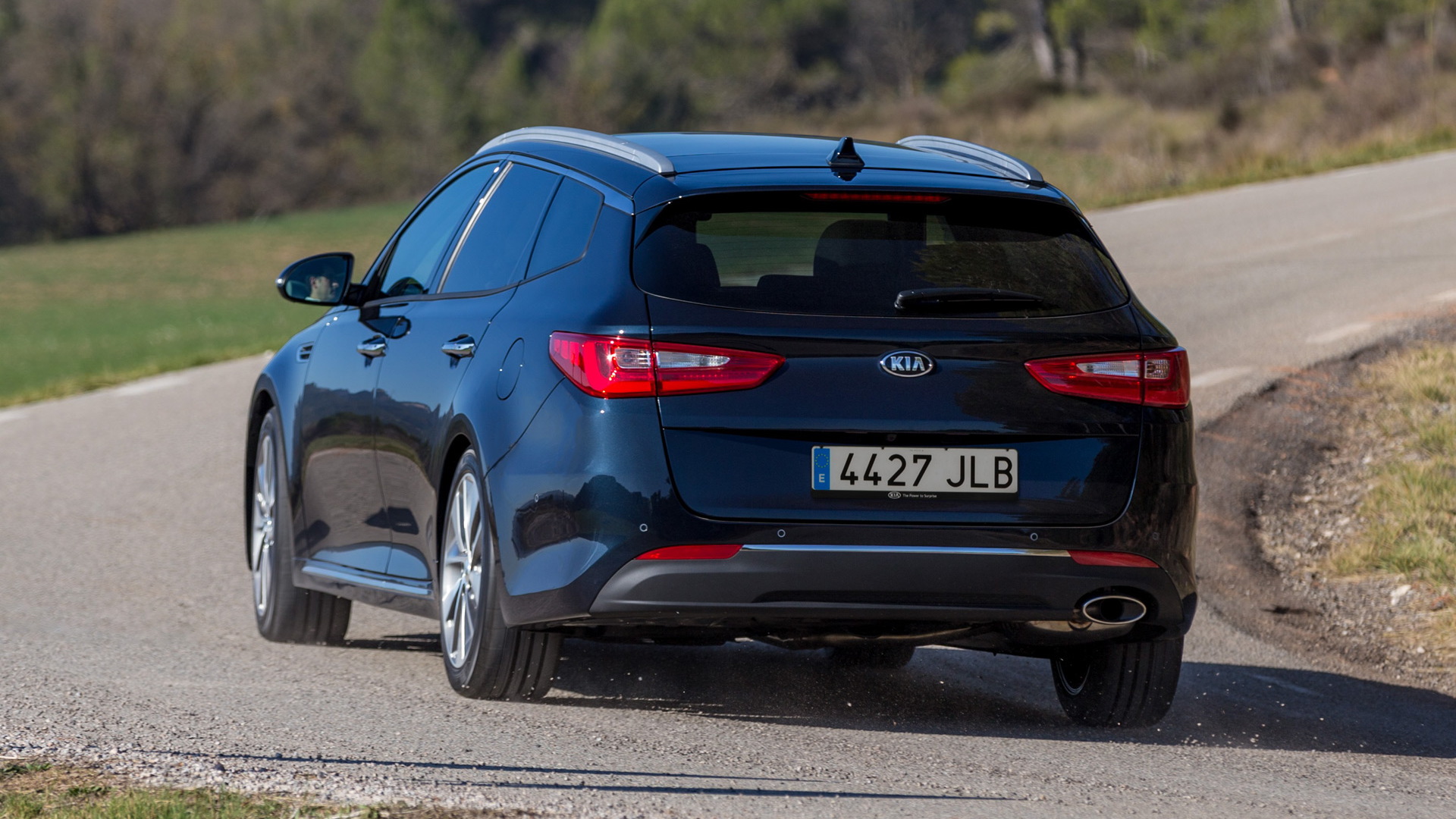 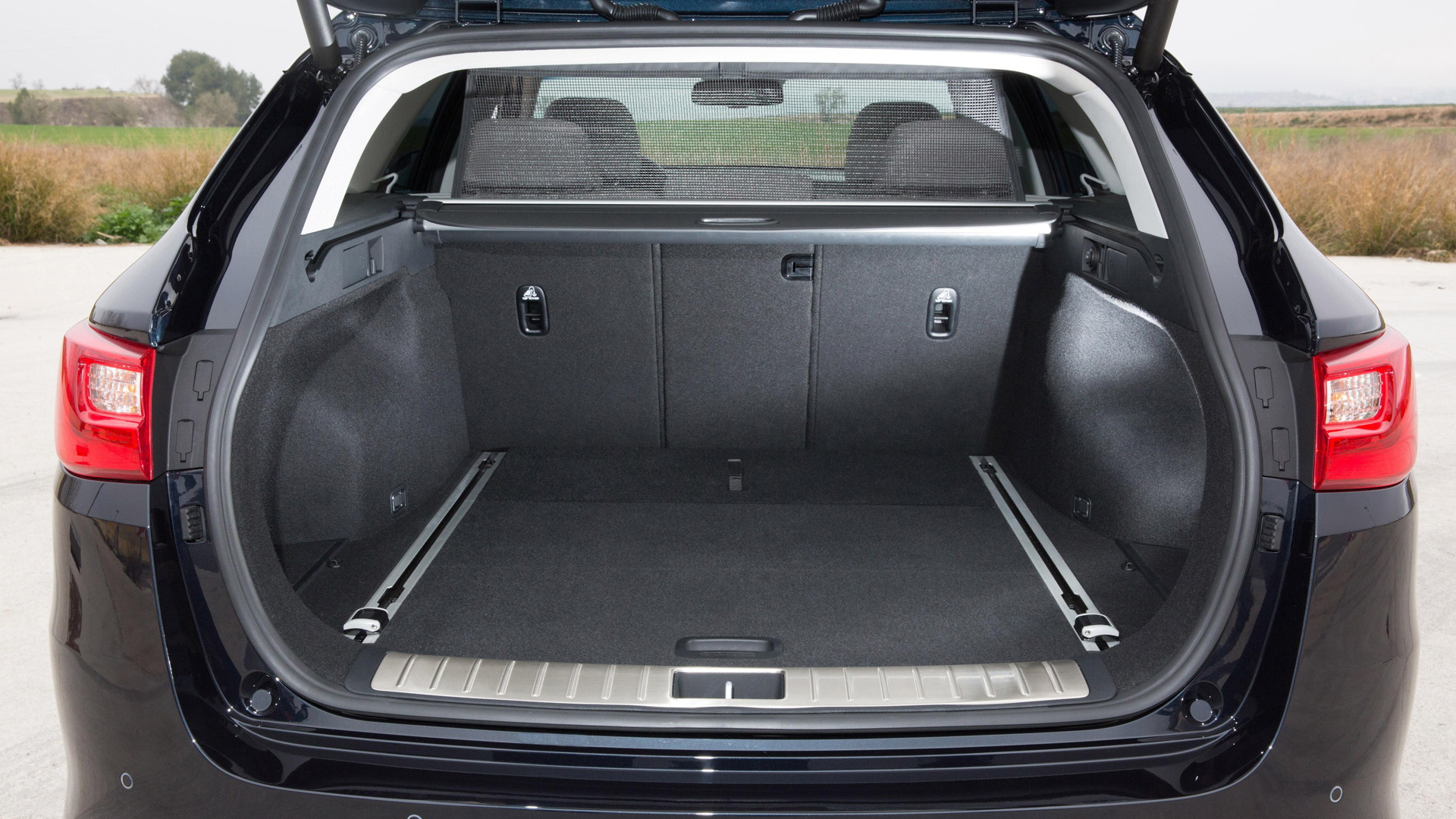 Kia’s handsome Sportspace concept unveiled at the Geneva Motor Show a year ago was meant to preview the design of the new Optima whose debut followed a month later at the New York Auto Show. However, the fact that the Sportspace was in the shape of a wagon and not a sedan suggested Kia was looking at adding a wagon option to its Optima range. The Korean automaker today unveiled the long-roof Optima which it is calling the Optima Sportswagon. The car makes its world debut March 1 at the 2016 Geneva Motor Show.

The Optima Sportswagon has turned out to be a good-looking, practical family hauler, and it should be affordable too. In the United States, the Optima sedan starts at just under $22k and we would expect the starting price of the Optima Sportswagon to only be marginally higher. Unfortunately, we’re unlikely to see the car on sale in these parts due to a general lack of interest in wagons. In other markets, it will be available in the fourth quarter of 2016.

The Optima Sportswagon will be available with a choice of efficient and responsive gasoline and diesel powertrains, including a high-powered GT model.

This one comes with a turbocharged 2.0-liter cylinder engine good for 241 horsepower. Drive on all models is to the front wheels only. Transmissions include six-speed manual and six-speed automatic options. Though it’s yet to be confirmed, it’s possible the Optima’s new hybrid and plug-in hybrid options will be offered in the Optima Sportswagon at some point.

The interior is pretty much the same as what you find in the Optima sedan. Of course, there’s now extra storage at the rear. There’s about 19.5 cubic feet behind the second row of seats. Fold these down, though, and you get even more space. You also get the latest tech features like a large touchscreen display, Apple CarPlay and Android Auto smartphone integration, a wireless charging pad, and a surround view camera. On top of this, there are also numerous electronic driving aids including adaptive cruise control, automatic braking, lane keep assist, and blind spot and cross traffic warning systems.

Key rivals include wagon versions of the Ford Motor Company [NYSE:F] Fusion (a Mondeo in other markets), Mazda 6 and Opel Insignia. There's also the i40 from sister brand Hyundai.