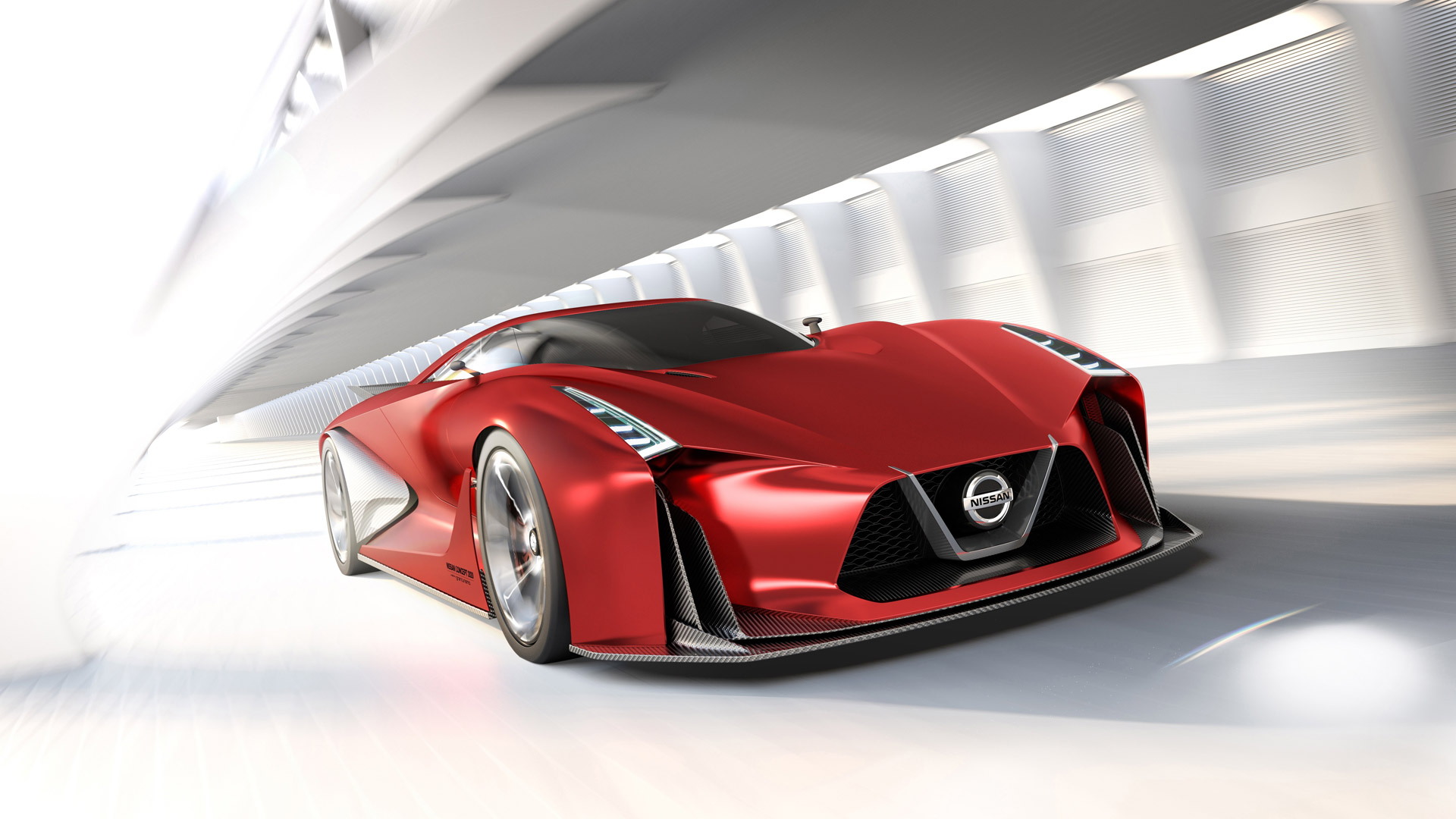 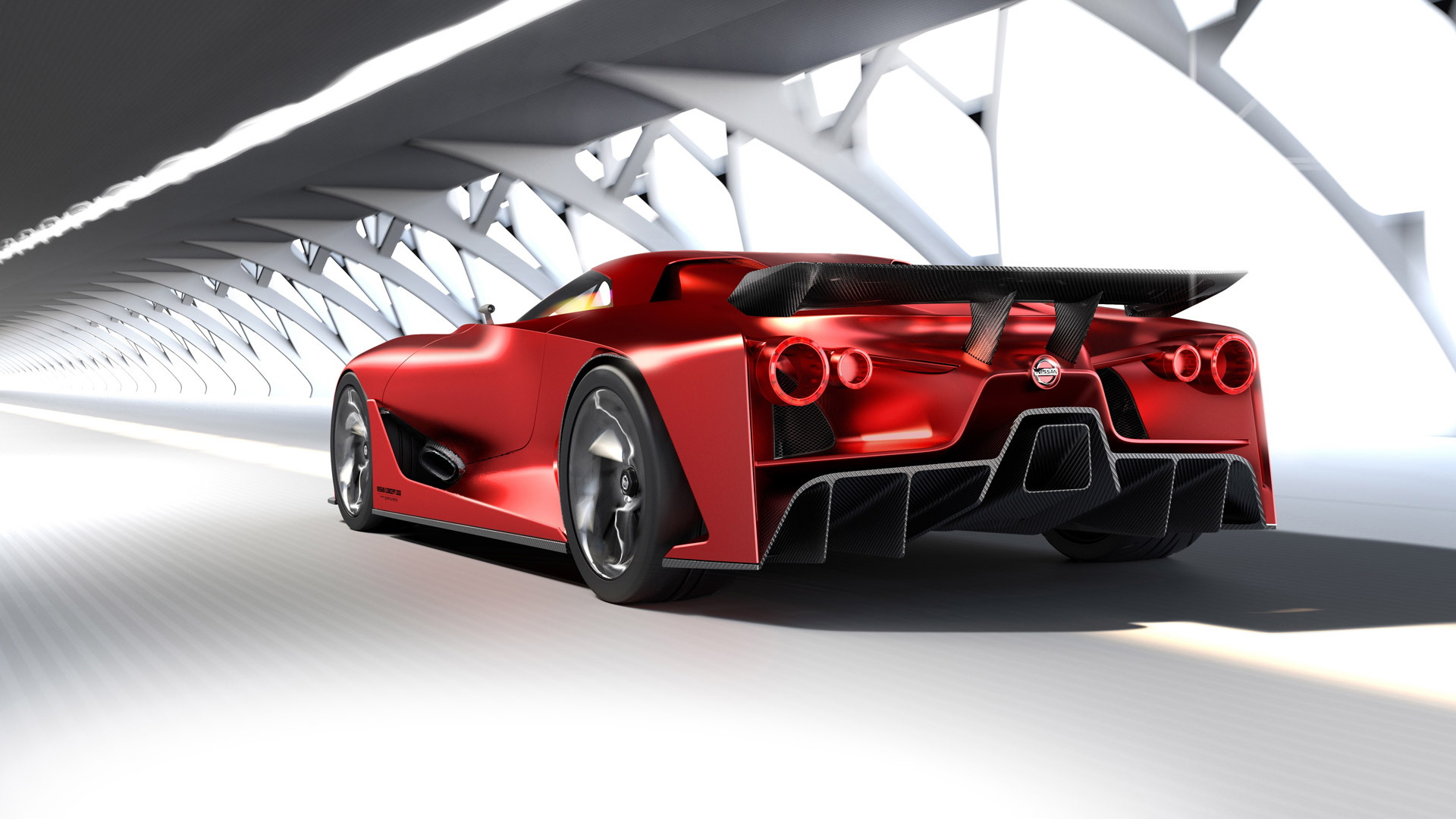 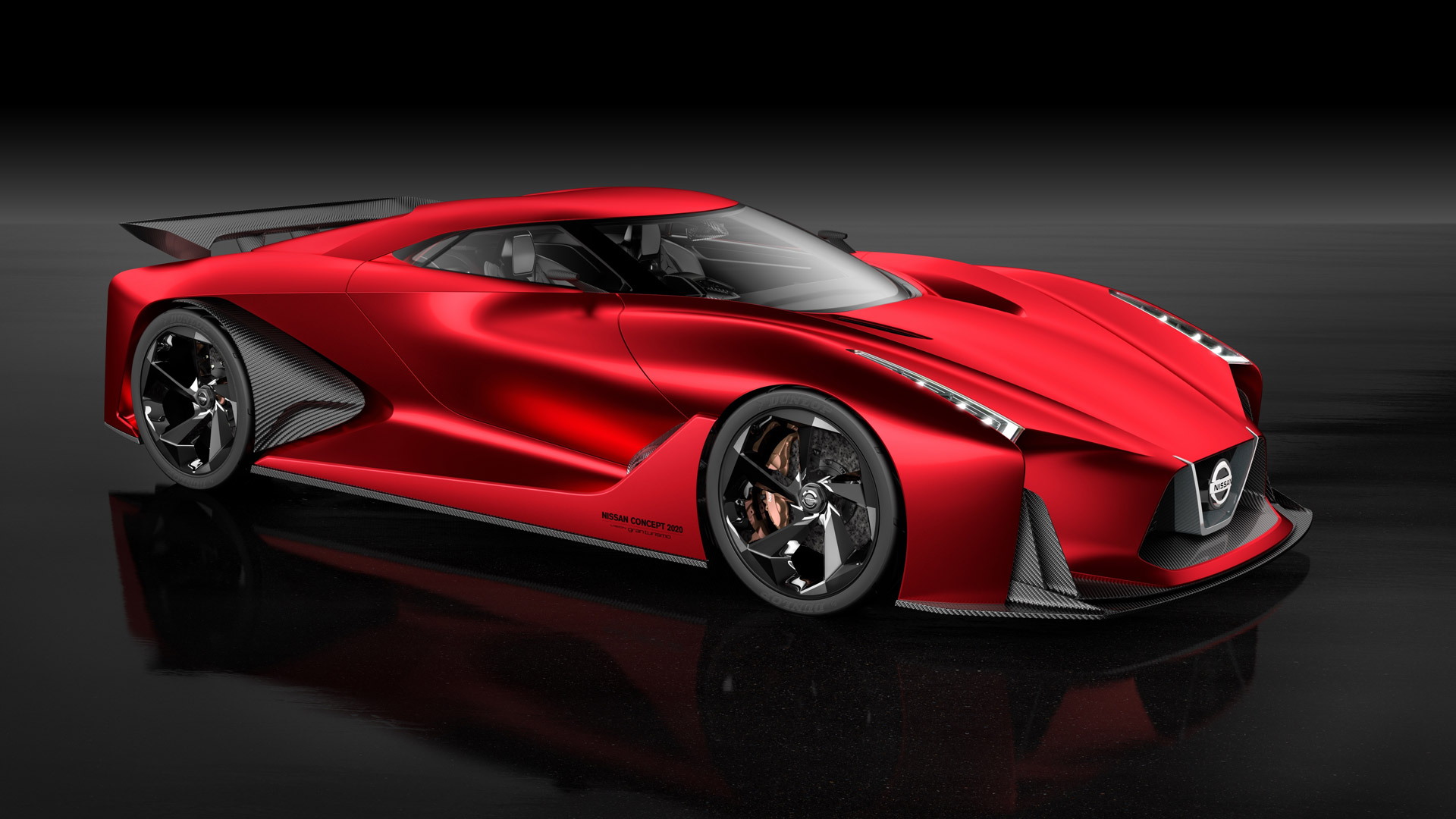 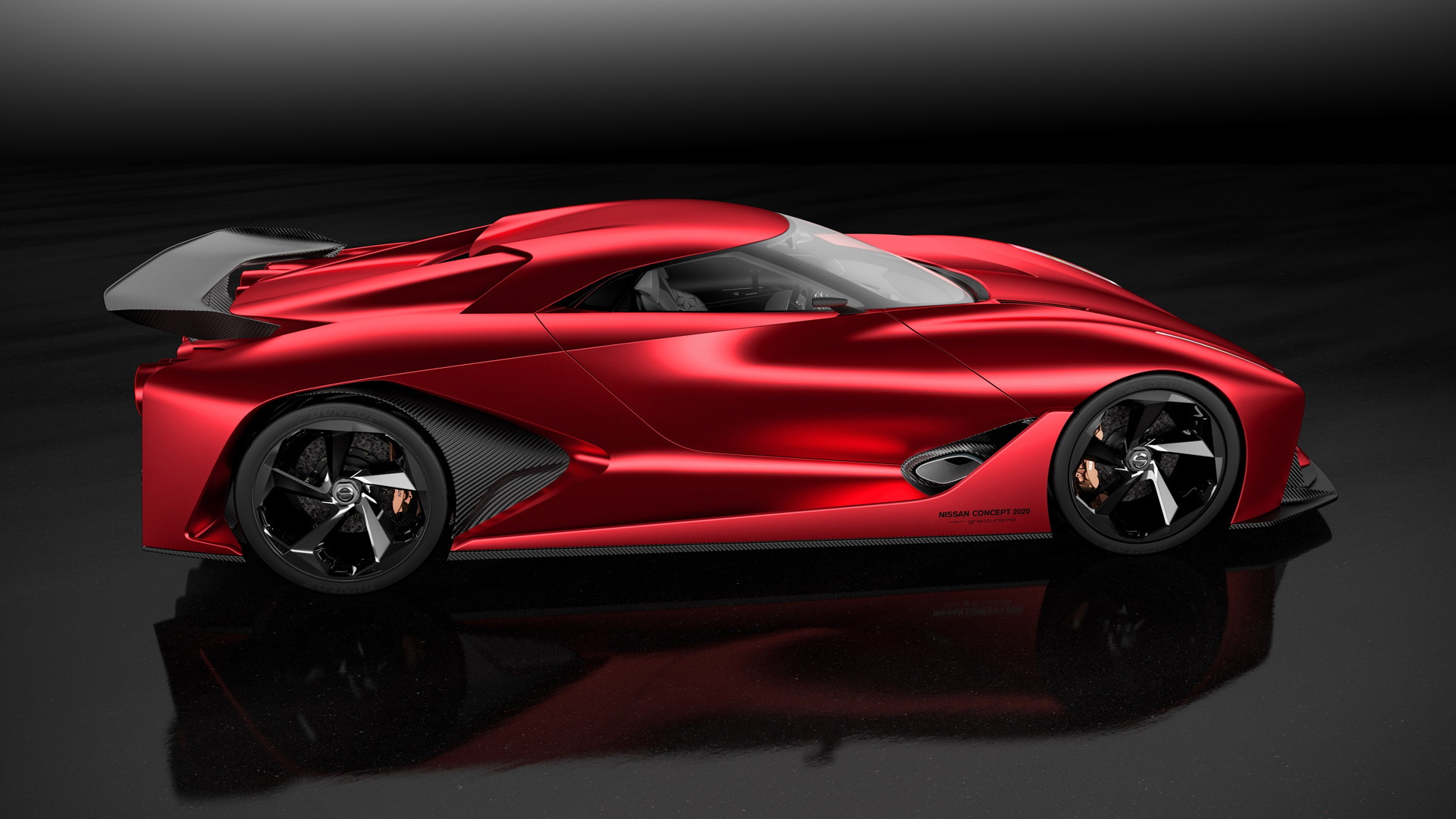 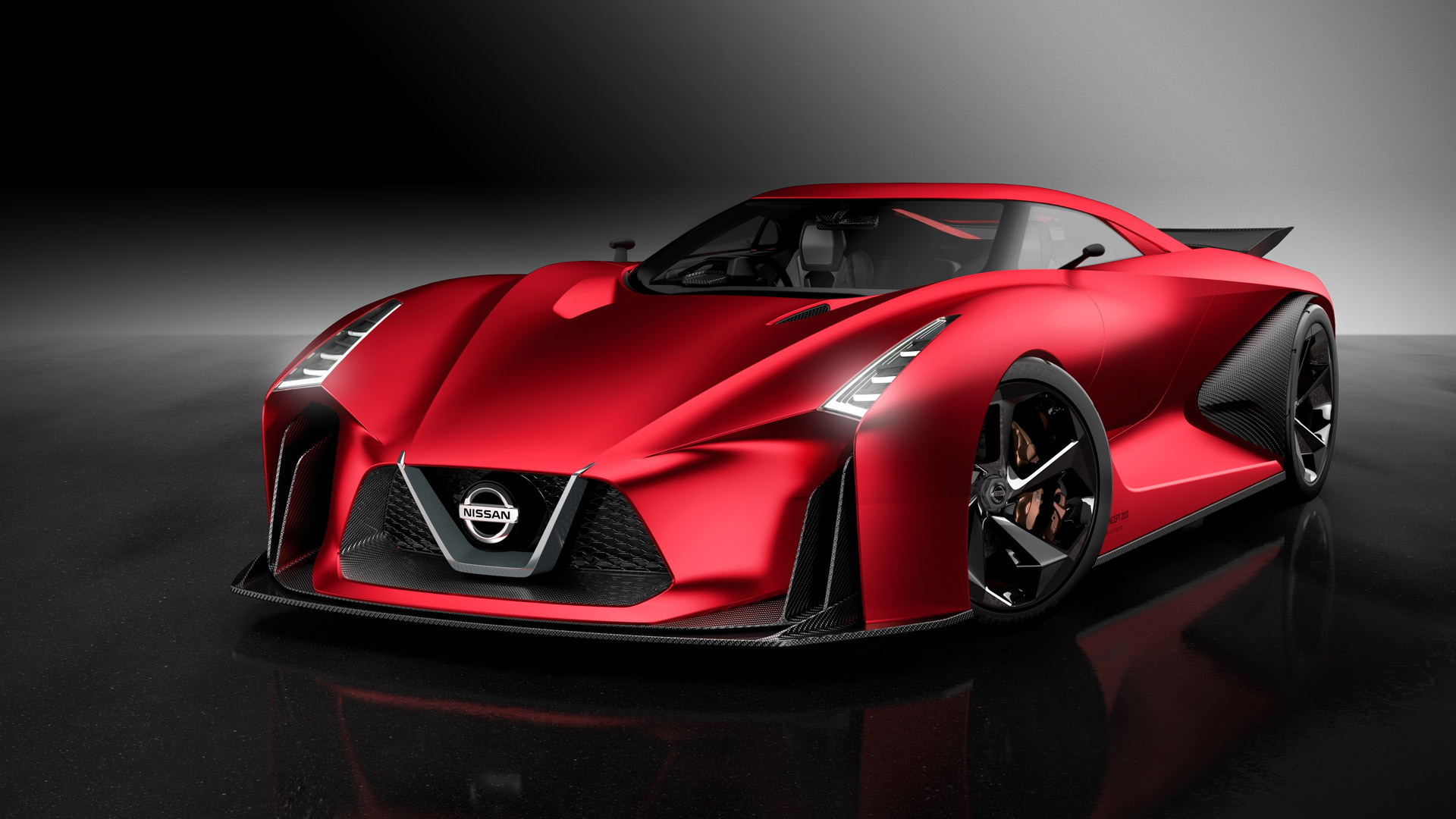 Nissan has a varied lineup of vehicles debuting this month at the 2015 Tokyo Motor Show, with the star attraction being this updated version of the Concept 2020 Vision Gran Turismo that we first saw in 2014. The concept has been developed exclusively for the virtual world of Gran Turismo 6 but also hints at styling themes we can expect on the next-generation, R36 Nissan GT-R due out later this decade.

“This is a look at what a high-performance supercar from Nissan may look like in the future,” Nissan said at the reveal of the original Concept 2020 Vision GT. “Created by a team of young designers at Nissan Design Europe in London, England, the model was considered to have so much potential that it has benefited from input from an advanced engineering team based at Nissan Technical Center in Atsugi, Japan.”

This latest version of the stunning concept sports a red finish dubbed Fire Knight as well as a revised grille.

Joining the Concept 2020 Vision GT will be another concept, which Nissan calls the Teatro for Dayz. This electric hatch is meant to signal a new direction in mobile technology and is all about social media. For example, occupants can create and share experiences immediately with friends both onboard and online. Its key feature is its smooth white interior that allows the instrument panel, seats and door trim to be fully customized.

The Teatro for Dayz is aimed at the upcoming generation of drivers, which Nissan likes to call the “share natives”. These are people that have been surrounded by social media their whole lives and, according to Nissan, draw excitement from connecting with friends and sharing enjoyment rather than owning material objects. Although it’s yet to be confirmed, it’s possible the Teatro for Dayz also previews styling destined for next-generation versions of Nissan's Dayz kei car range.

Nissan will have a total 20 vehicles on display at the Tokyo Motor Show, which gets underway October 29. Others will include the X-Trail Hybrid, several personalized Juke crossovers, plus special versions of the Skyline (Infiniti Q50), Fuga (Infiniti Q70) and Serena models. To see what else will be at the show, head to our dedicated hub.