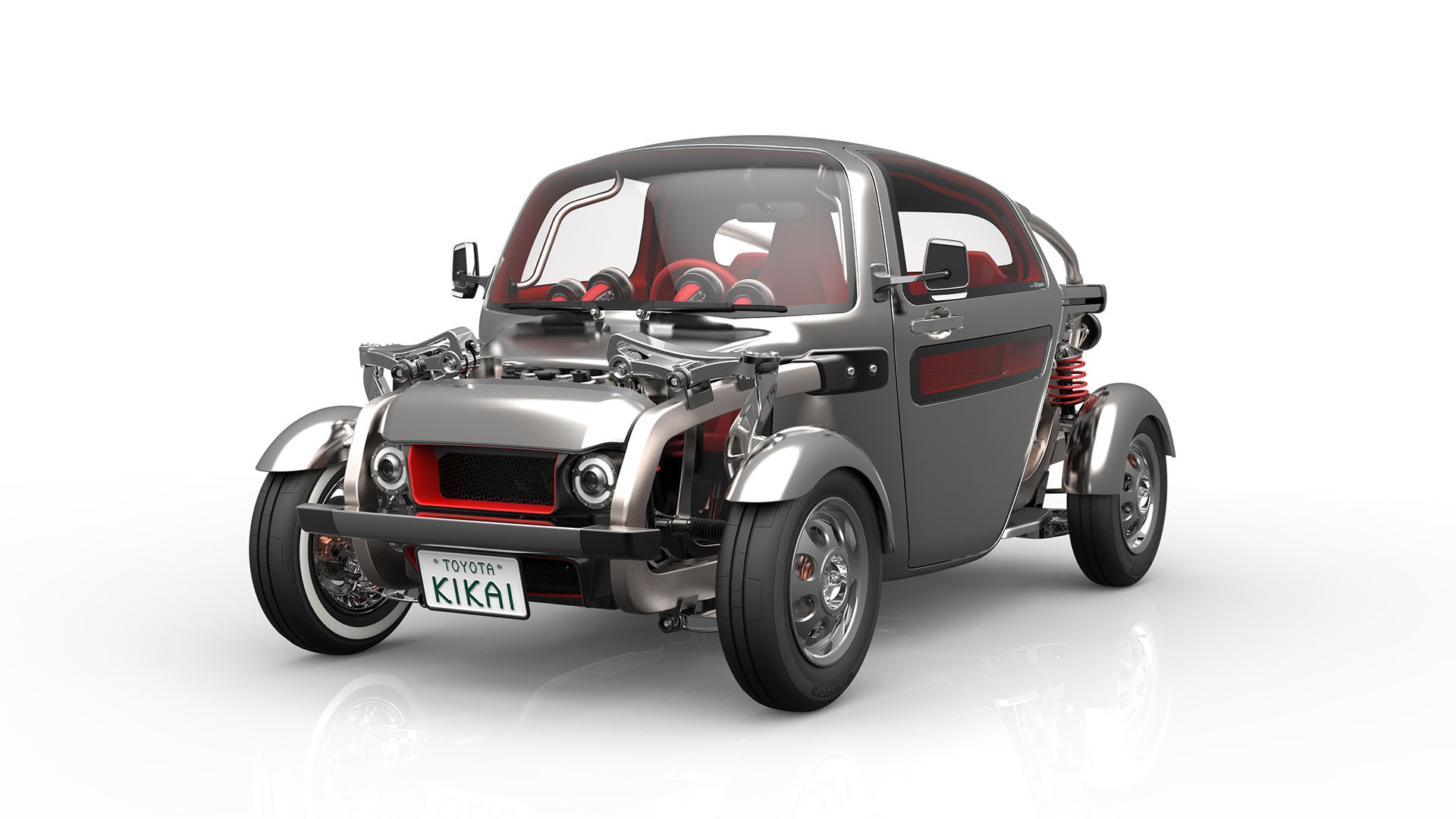 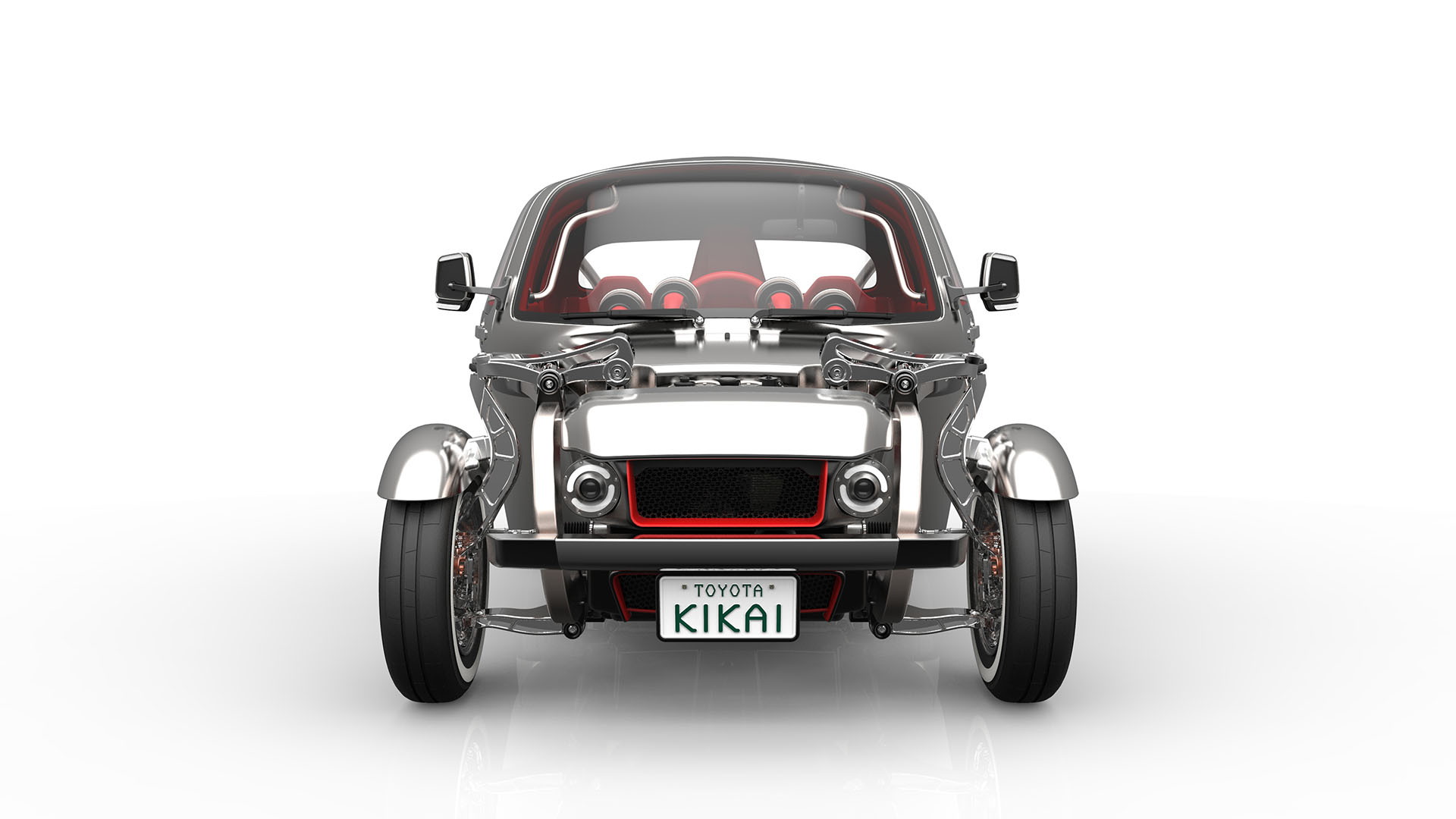 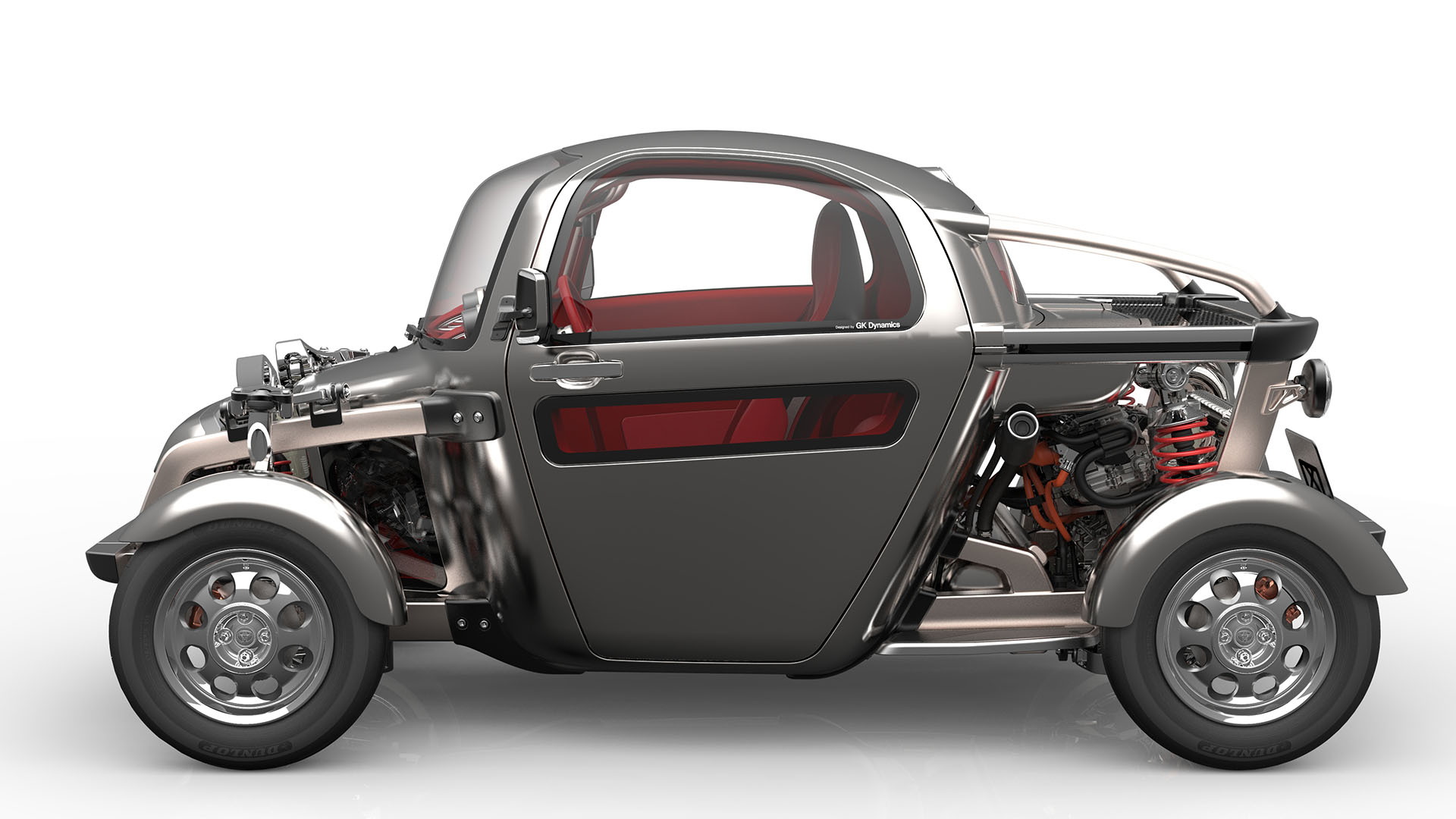 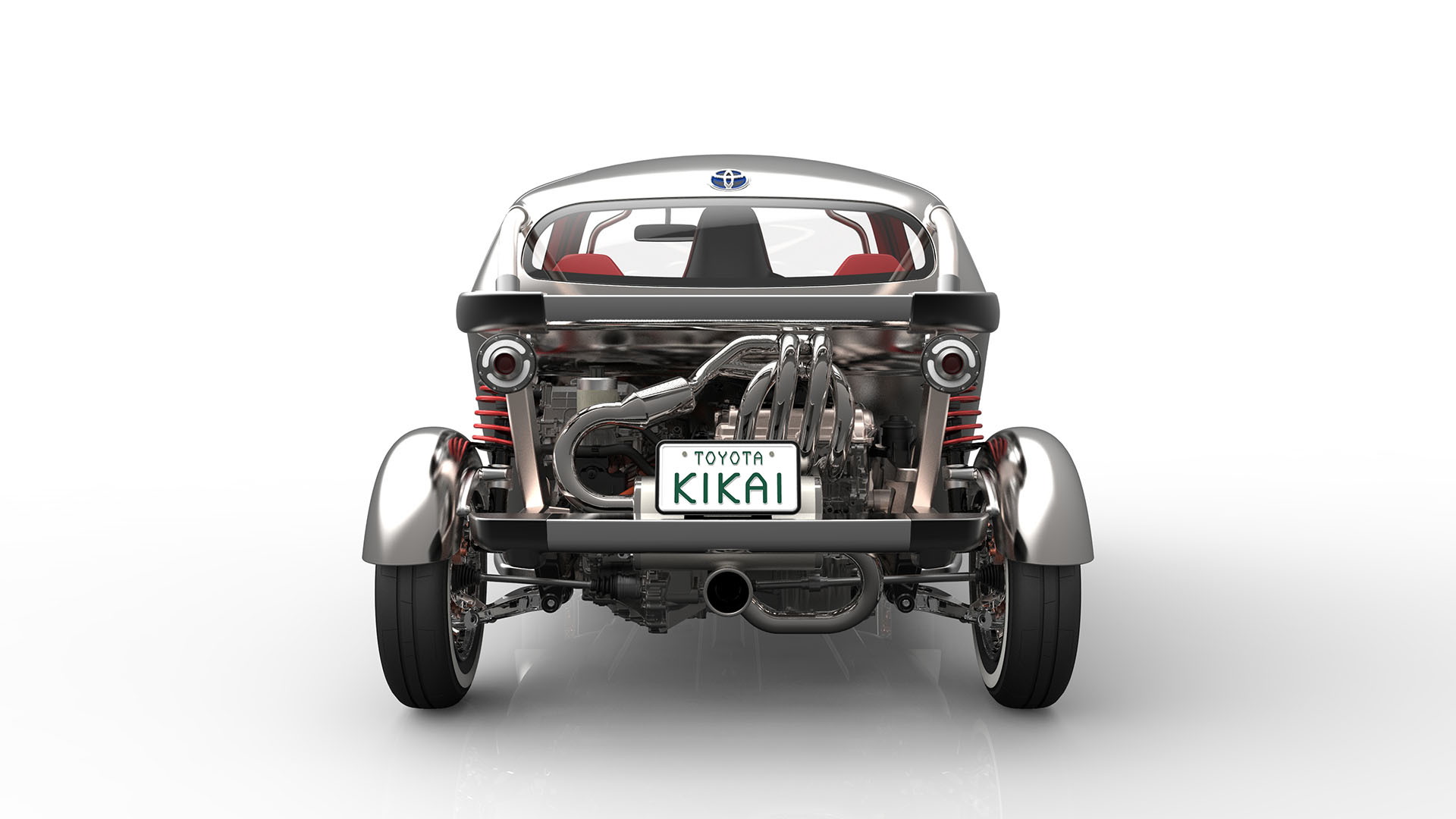 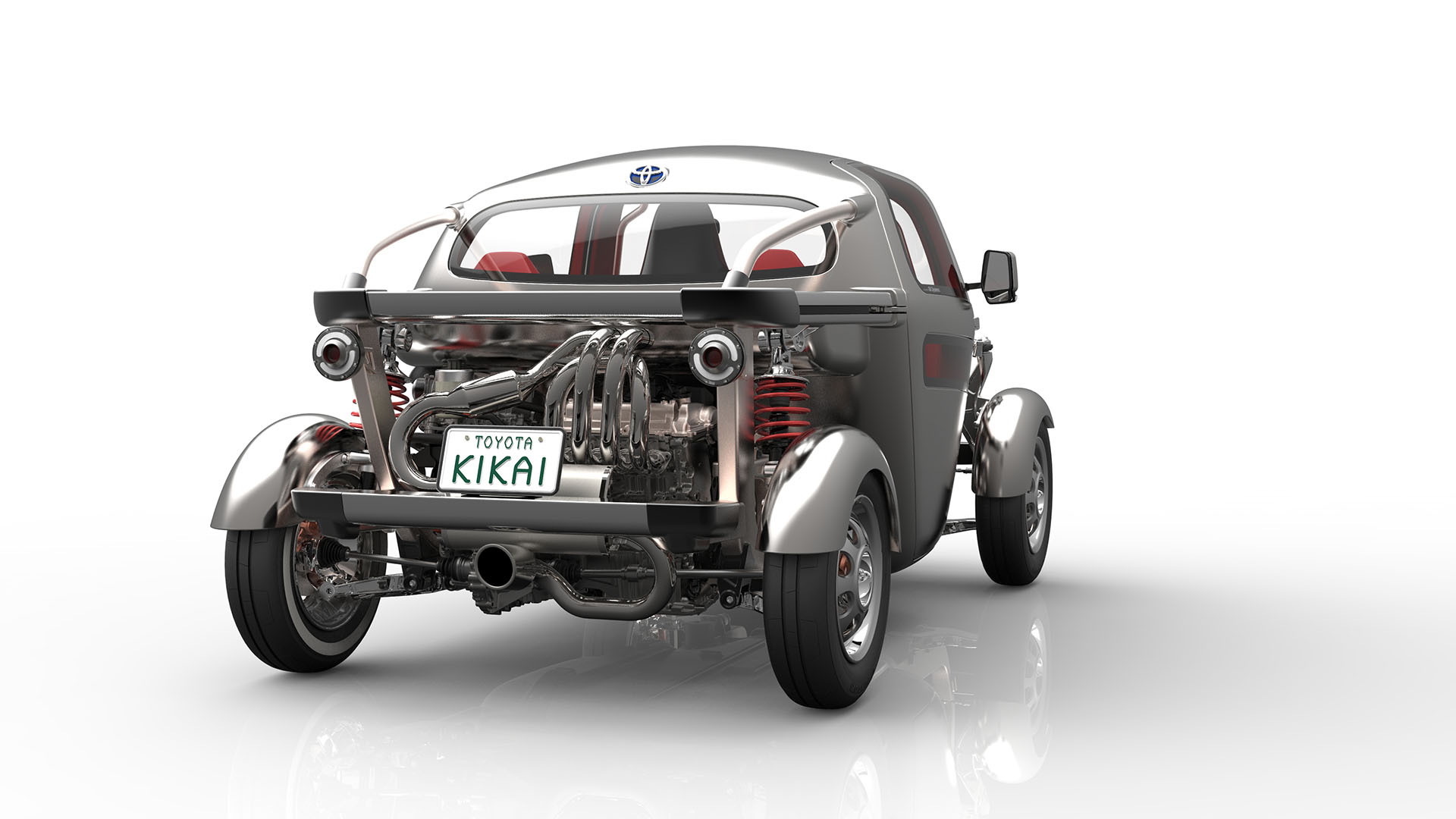 A new sports car won’t be the only attraction on Toyota’s stand at this month’s 2015 Tokyo Motor Show. The Japanese automaker has unveiled an assortment of weird and wacky concepts destined for the show, including a robot that if one day produced could serve as a companion to, we assume, lonely individuals.

Starting with the concepts that are actually cars, the coolest is the Kikai which was developed to showcase the fine craftsmanship and beauty that’s normally hidden on most cars. For example, the vehicle's inner workings become part of the exterior and make the concept appear like a modern-day hot rod.

Another novelty is a small window at the driver's feet that shows more of the car’s internals and is also meant to give the driver a sense of speed as he or she sees the road surface rush by. The final feature worth mentioning is the central driver seat, which is flanked by a passenger seat on either side just like in the McLaren F1.

Another concept is the FCV Plus hydrogen fuel cell vehicle. Toyota sees future fuel cell vehicles as being more than just a source of mobility. Instead, the company imagines the fuel vehicle as also being a source of energy. Thus, in addition to its own hydrogen tank, the FCV Plus can also generate electricity directly from hydrogen stored outside it, perhaps during power outages such as those caused by a storm.

The fuel cell stack is mounted between the front tires, and the hydrogen tank behind the rear seat. Together with the adoption of independent in-wheel motors in all four wheels, this allows for a spacious cabin despite the vehicle's compact vehicle body. The cabin is also surrounded by a frame structure that helps improve rigidity.

The last concept on Toyota’s stand will be the Kirobo Mini. The new robot is a follow-up to the Kirobo robot astronaut that was developed by Toyota together with several partners including the University of Tokyo and sent to the International Space Station in 2013.

Standing just 10 centimeters in height and weighing 200 grams, the Kirobo Mini isn’t an astronaut but rather a tiny “communication partner” that can be taken with you wherever you go. It communicates with people through expressions and gestures, and, Toyota hopes, will bring smiles to their faces and eventually create relationships through daily exchanges.

The 2015 Tokyo Motor Show gets underway October 29. For more from the show, head to our dedicated hub.