';
BMW’s CEO Norbert Reithofer has confirmed production of the long-awaited X6 crossover will begin in 2008 at the factory in Spartanburg, South Carolina.

He also stated that the plant is increasing capacity to an annual output of 200,000 vehicles, no doubt due to the strong demand for the recently facelifted X5 SUV and new Z4 Coupe.

In an interview with industry publication Automotive News a BMW spokesperson said that the X6 would “have the body shape and roof like a coupe, and not necessarily be a two-door." It’s expected the X6 will be built off the same platform as the X5 but will be fitted with upscale interiors and more powerful engines.

The X6 will be the latest in a line of crossovers to hit the market, with consumers increasingly pushing for sporty dynamics combined with large luggage capacity.

The artist’s rendering after the jump gives us a representation of what the new X6 should look like. 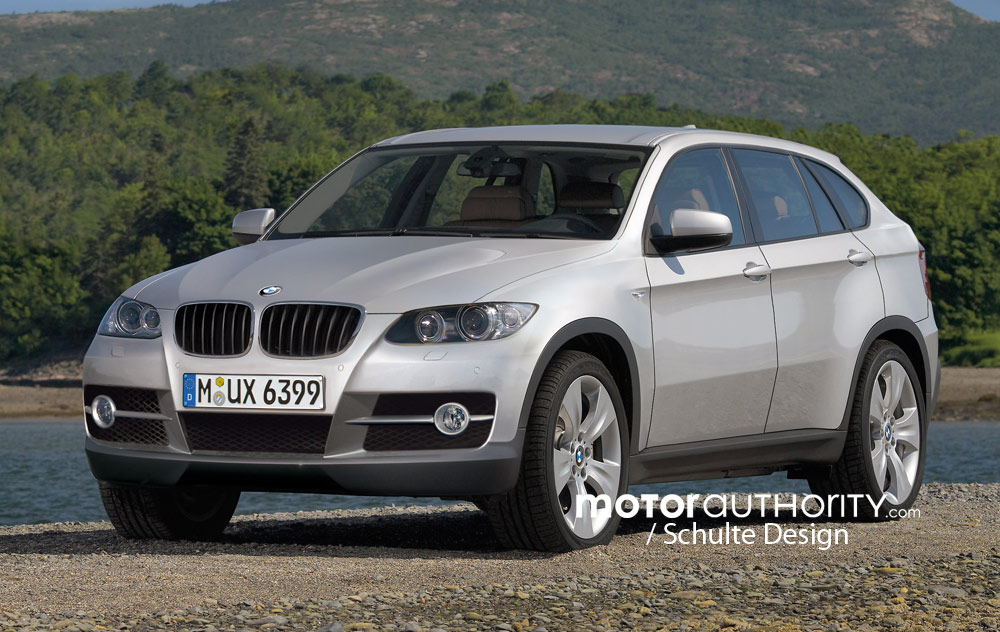