After the official first drive of the new BMW M3 Coupe in Spain this week, many of the drivers came away with the consideration that the new E92 M3 has lost the raw and primal edge of the previous E46 model. We can only assume that a drive in the new convertible version, due for release in the second half of next year, will see performance slip even further because of its weight disadvantage. Fortunately for BMW, the M3 Coupe-Cabrio, as depicted in these renderings, looks amazing.

According to BMW’s own figures, the 335i Convertible weighs a substantial 285kg more than the 335i Coupe. Most of this weight is attributed to the complex folding metal roof and the extra strengthening required to increase rigidity. There were suggestions that engineers could utilize a lighter carbon-fiber set-up, but recent spy shots reveal that the folding metal roof will remain.

Like the M3 Coupe, the Convertible version will feature the same aggressive front bar, vented bonnet, wider fenders and quad tailpipe arrangement. Beneath the hood is the same 420hp 4.0L V8 and expect to see most models equipped with BMW’s upcoming dual-clutch gearbox. 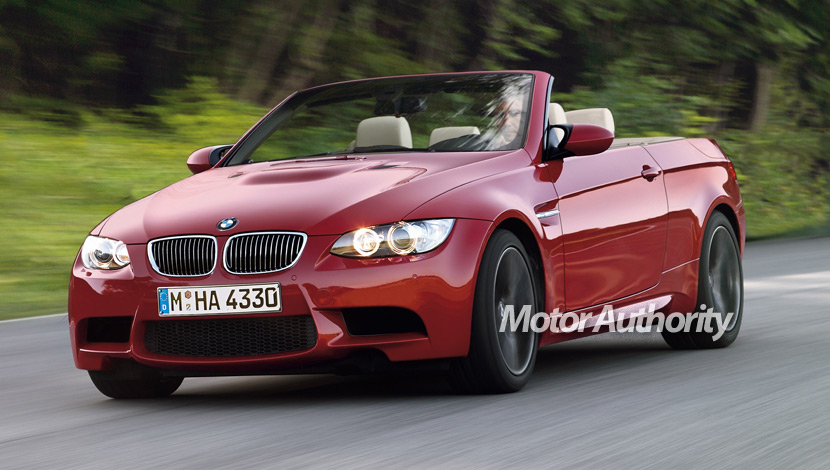