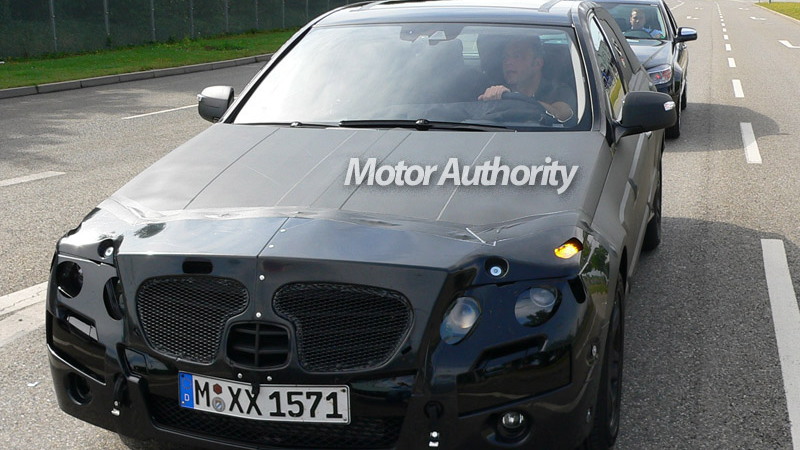 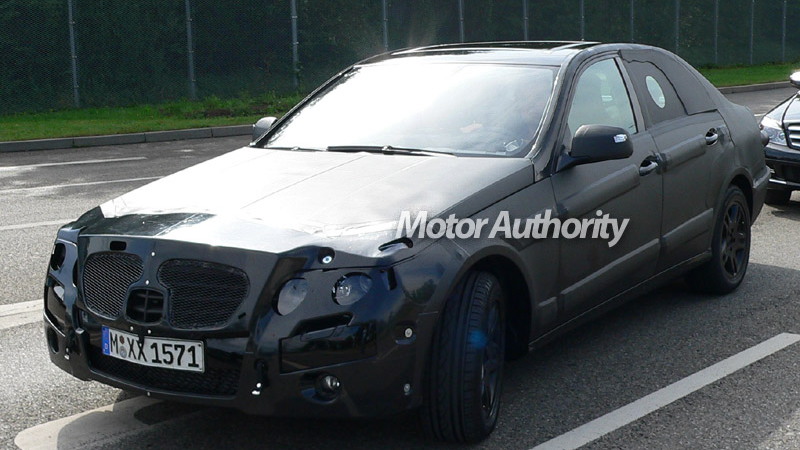 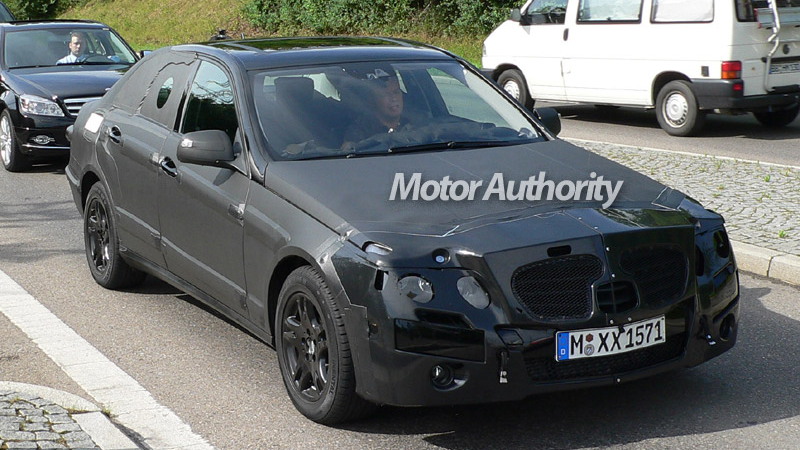 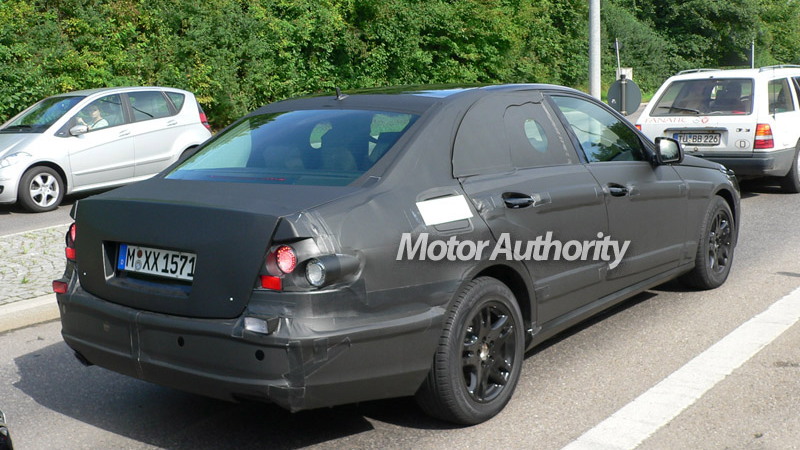 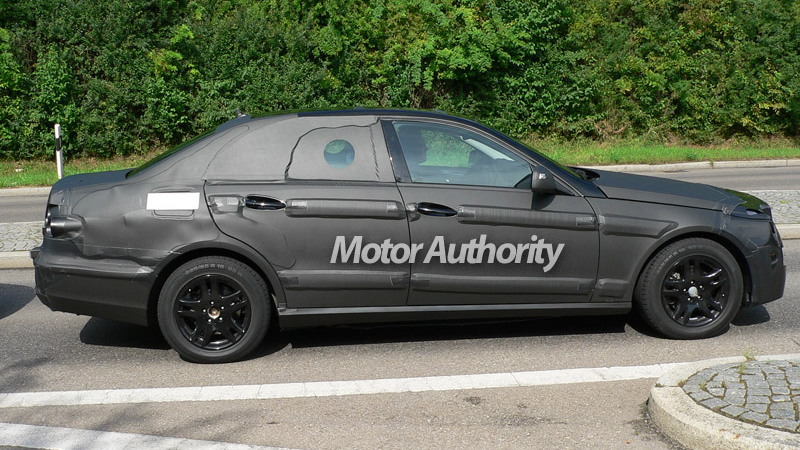 10
photos
The E-class has been officially revealed by Mercedes-Benz. Click here for pictures and information. Mercedes’ next E-class has again been spotted in testing but as always the car was masked in heavy camouflage. Despite the covers, these close-up shots reveal many new details about the car and also give us a glimpse of the new interior. The car’s profile and character lines are lifted from the larger S-class but there’s also a hint of the CLS in the new model’s swoopy waistline.

The new dash will feature a centrally mounted color screen, but, like the S, there’ll also be a smaller unit located in the dash between the speedo and tachometer. The central control module and steering wheel uses a similar design to the ones used in the new C-class, and the side mirrors will also pick up the same integrated indicators.

The new E-class should make its official debut at the 2009 Geneva Motor Show with the first cars likely to hit showrooms soon after. The wagon version should arrive less than a year after the launch of the sedan, as will the new E63 from AMG.