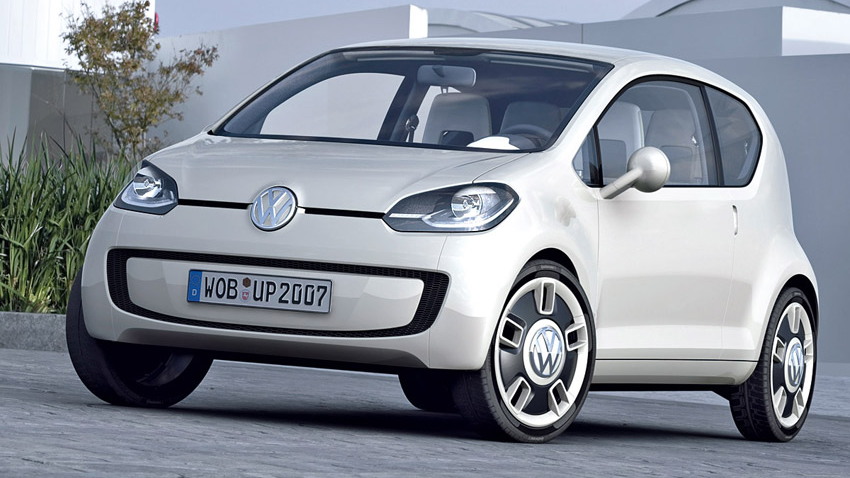 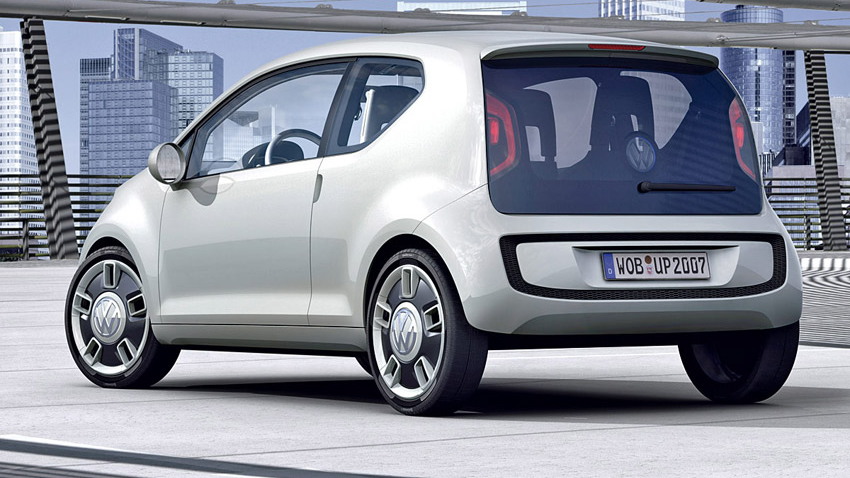 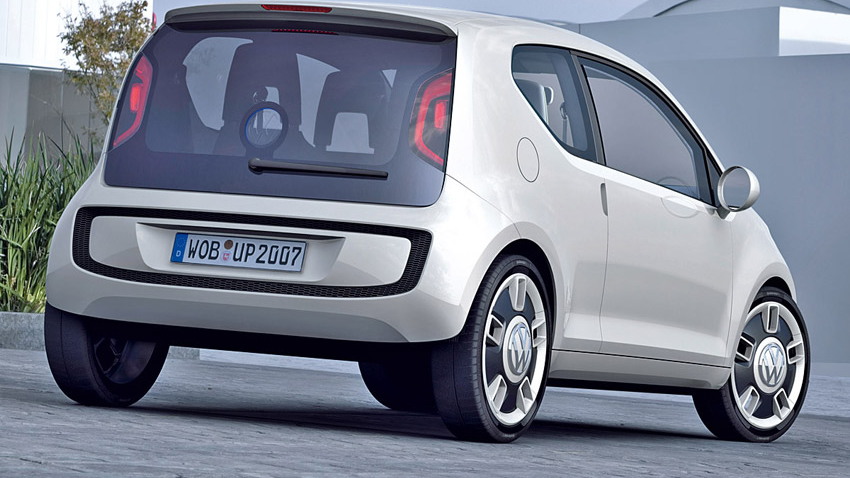 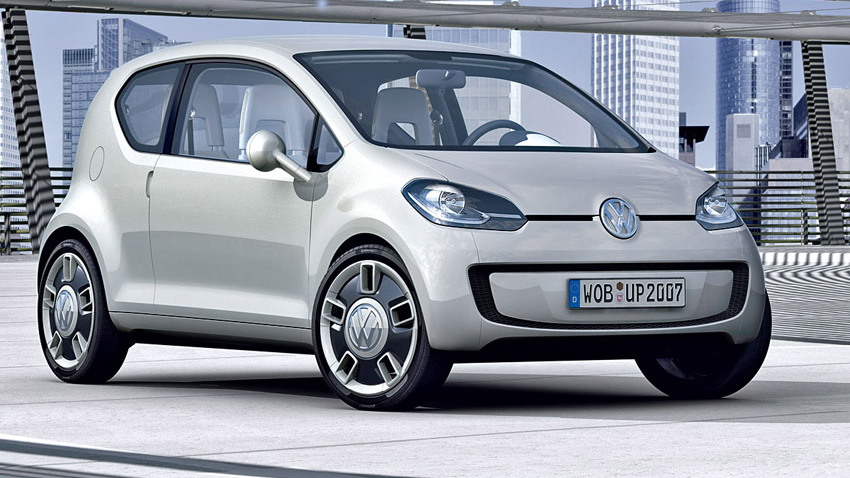 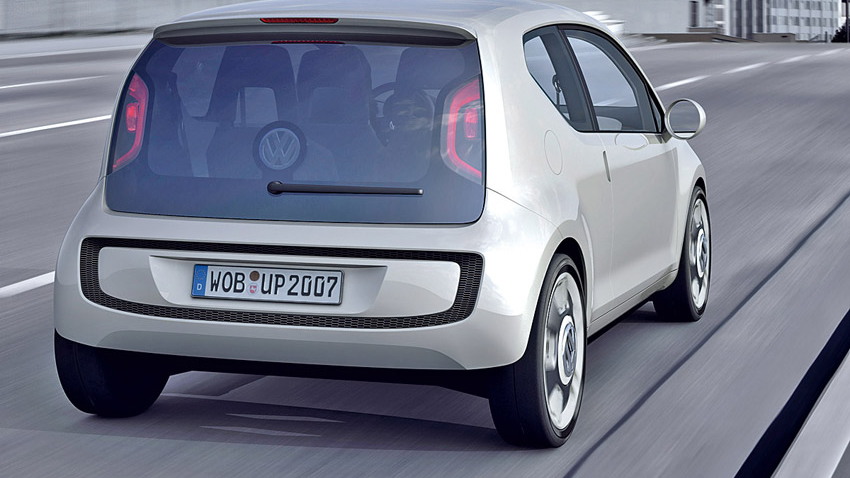 Volkswagen looks to be returning to its roots with the recently unmasked up! concept. A rear-engined, three-door, four-seat city car, the up! evokes many of the key design elements and emotions of the original Beetle.

A unique feature of the concept is the collapsible/removable seating. Every seat except the drivers can be folded down or removed to create extra cargo space. The seats, once removed, can be stowed either in the front trunk or the rear cargo area. A central touchscreen adorns the console area, providing touch-screen access to satellite navigation, radio, climate control, and on-board computer systems. A second screen in front of the driver relays the most important of this information, helping to keep eyes on the road.

The concept measures just 3,450mm in length and 1,630mm across but, despite this, there’s ample space for up to four passengers inside. VW are yet to provide full mechanical details, but early reports suggest a small capacity turbo-petrol engine with direct injection.

With a broad, seemingly smiling front fascia, wheel at each corner design, and a short, wide appearance, the cute little car just begs to be loved. VW is apparently staking the up!'s commercial future on public reaction. From our position, the future for the up! looks bright indeed.