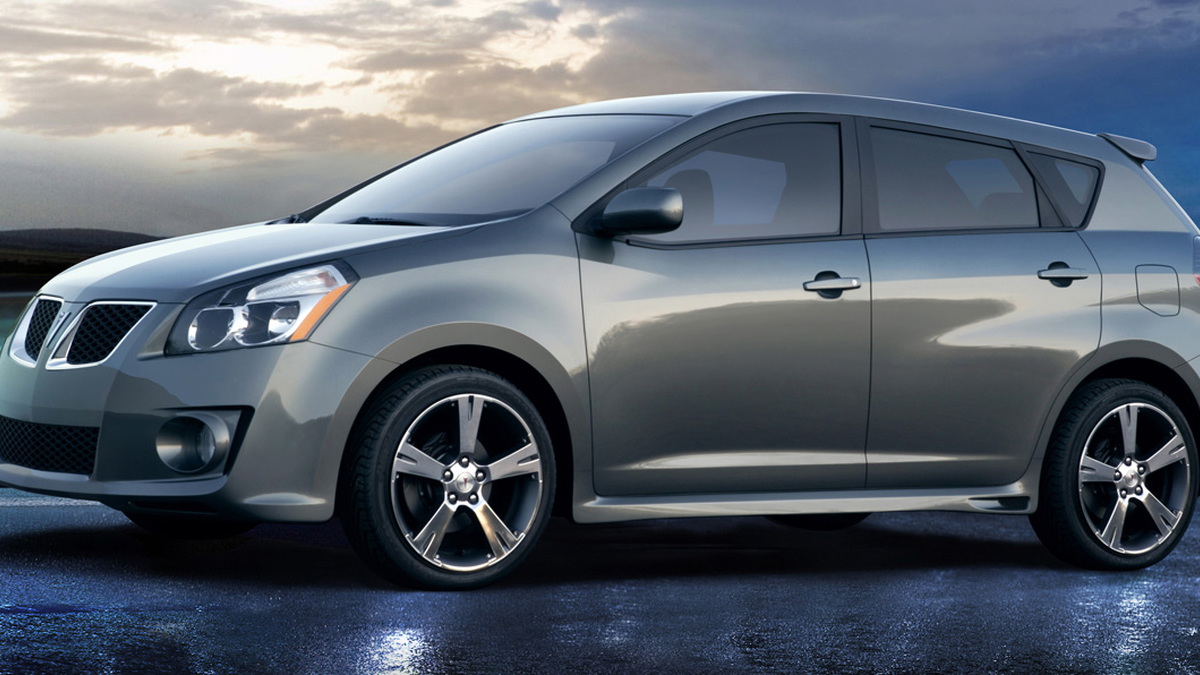 2
photos
Not to be outdone by the massive release of models ahead of the Tokyo Motor Show, GM has released a first teaser image of the all-new 2009 Pontiac Vibe. Pegged as smaller, more practical mix between a SUV and station wagon, the Vibe is the result of a joint venture between GM and Toyota and is built alongside the Toyota Matrix.

GM’s press release states there will be a GT version as well as all-wheel-drive variants, and that it hits dealerships in 2008. No technical specifications have been released yet, but the new model will get major mechanical changes.

The edgy styling separates the new Vibe from the pack, but we’ll have to wait to see it in person before we can pass a verdict on the styling. First impressions are positive, though.