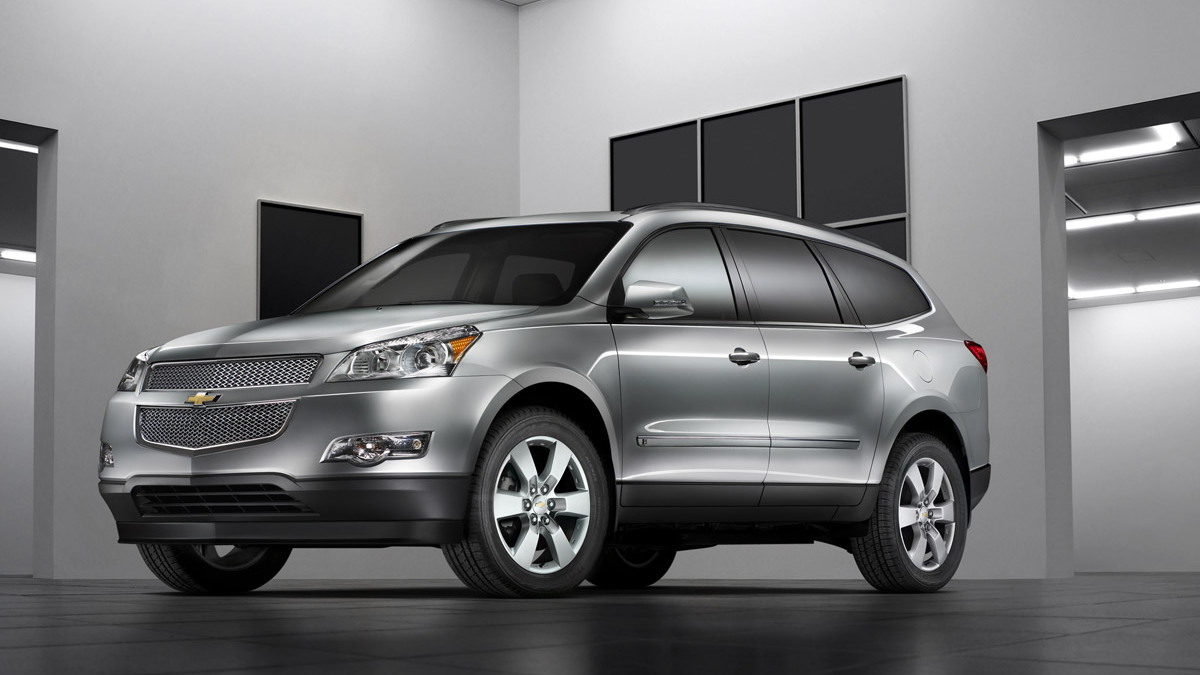 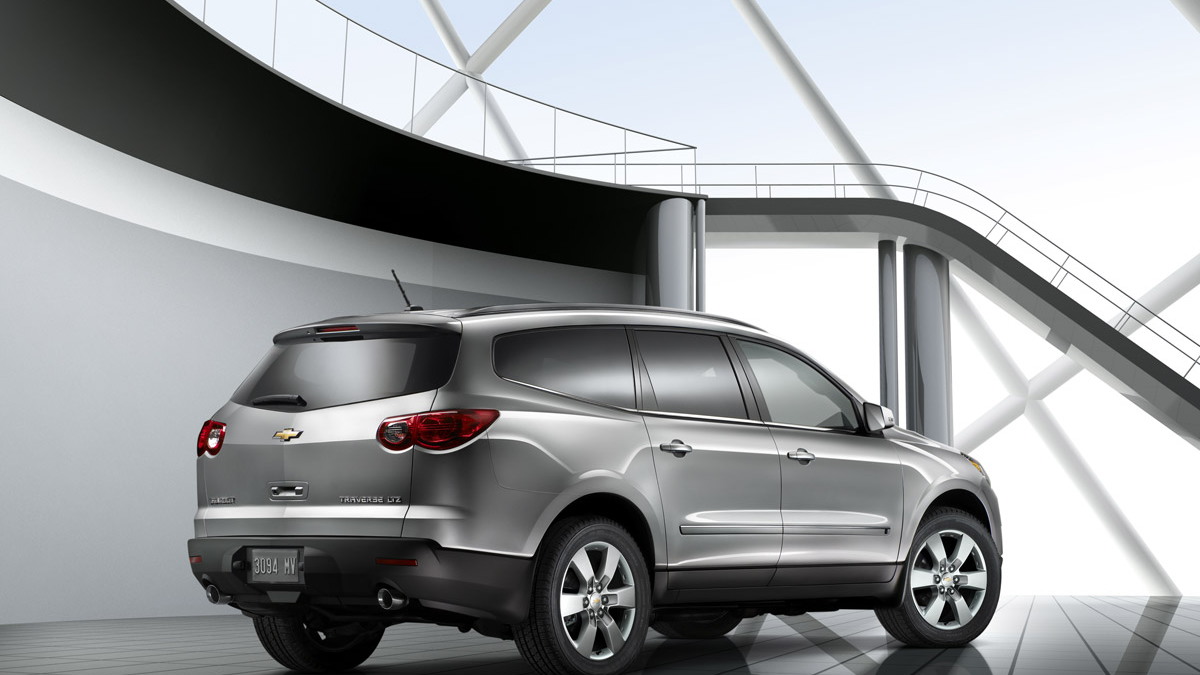 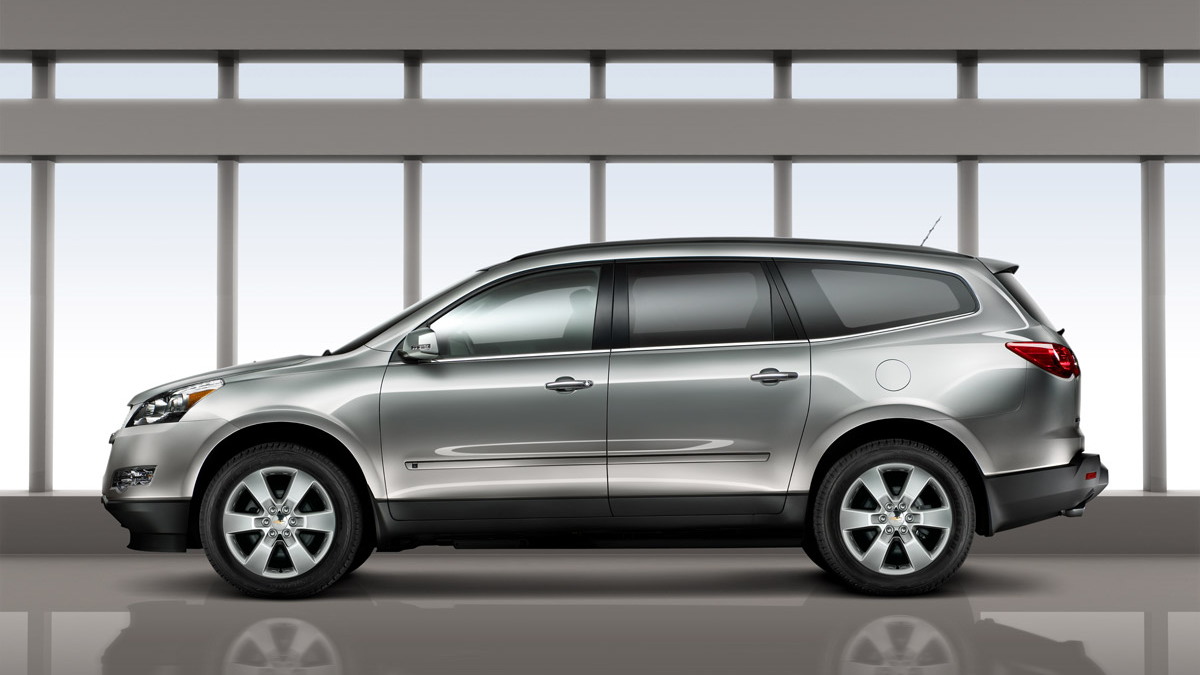 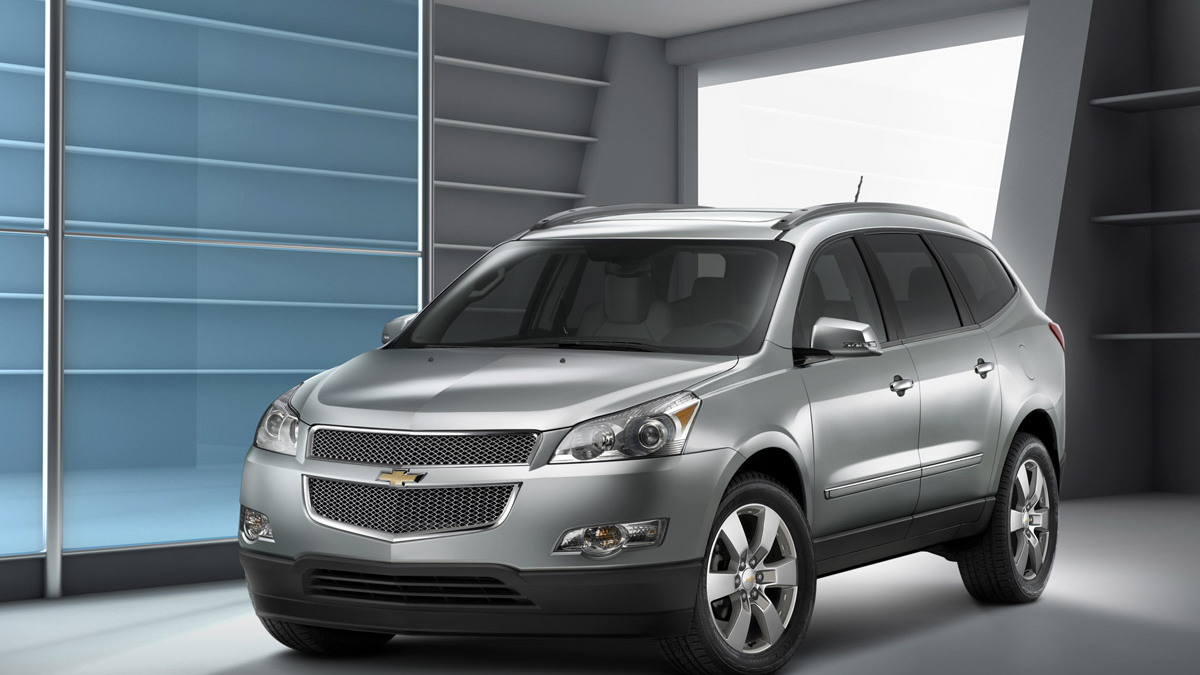 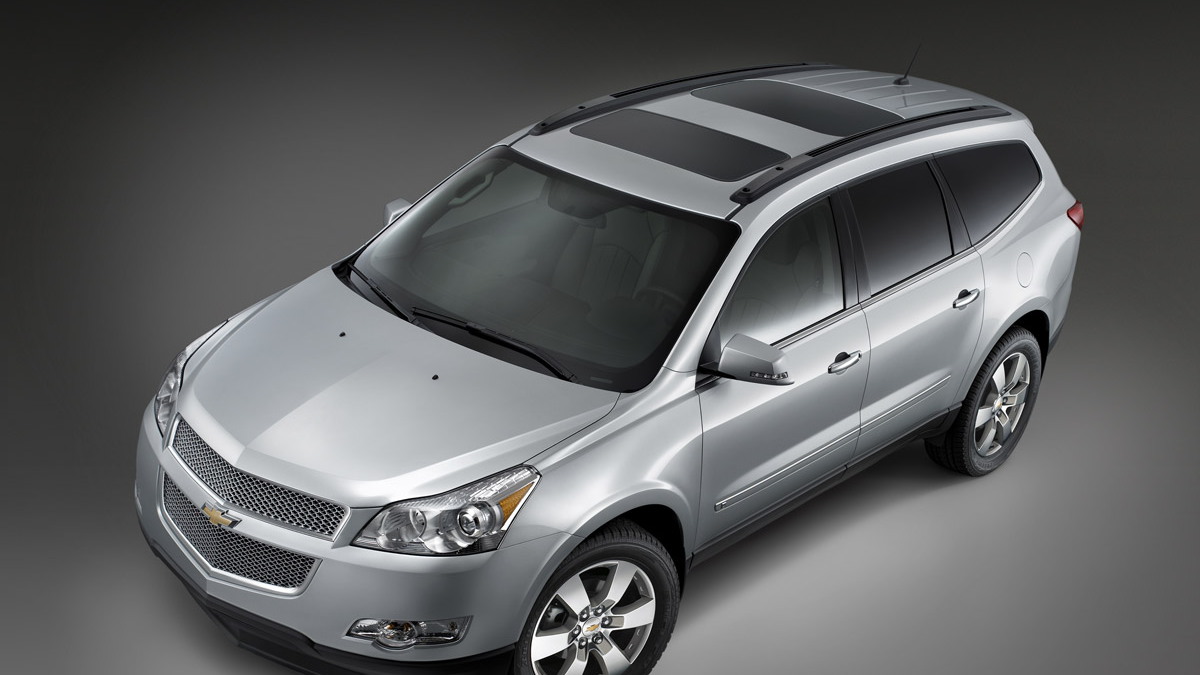 17
photos
To fill the void left by the departure of the long-running Chevrolet TrailBlazer SUV GM will be launching its new 2009 Traverse crossover, which is set to arrive later this year. The new Chevy is the fourth model to be based on the existing Saturn Outlook, GMC Acadia and Buick Enclave line of cars and it’s claimed to offer best-in-class fuel economy thanks to its direct-injection 3.6L V6 powerplant.

The 3.6L engine’s direct-injection technology helps it develop a peak output of 286hp (213kW) and 345Nm (255lb-ft) of torque. Power is slightly down on the Cadillac version of the same engine but there’s still plenty of punch as 90% of peak torque is available from approximately 2,500 rpm to more than 6,000 rpm.

The Traverse will arrive in LS, LT and LTZ models, in both front-wheel-drive and all-wheel-drive configurations. Features include 17, 18 and 20in wheels, third-row seating, four-wheel independent suspension and StabiliTrak stability control. Some of the vehicle’s options include a rear-view camera, power liftgate, a DVD player and XM Satellite Radio, plus heated and cooled front seats. Range topping models can also be fitted with a rear spoiler, 20in aluminum wheels, dual exhaust tips and a panoramic sunroof. Inside, there’s space for eight occupants, with the seats divided into two front buckets and two 60/40-split benches. Perforated leather seats and second-row captain’s chairs are also available but carrying capacity is then reduced to just seven.

Although the Traverse is being displayed at this month’s Chicago Auto Show, it won’t start production until the third quarter where it will be assembled at GM's Spring Hill plant in Tennessee.