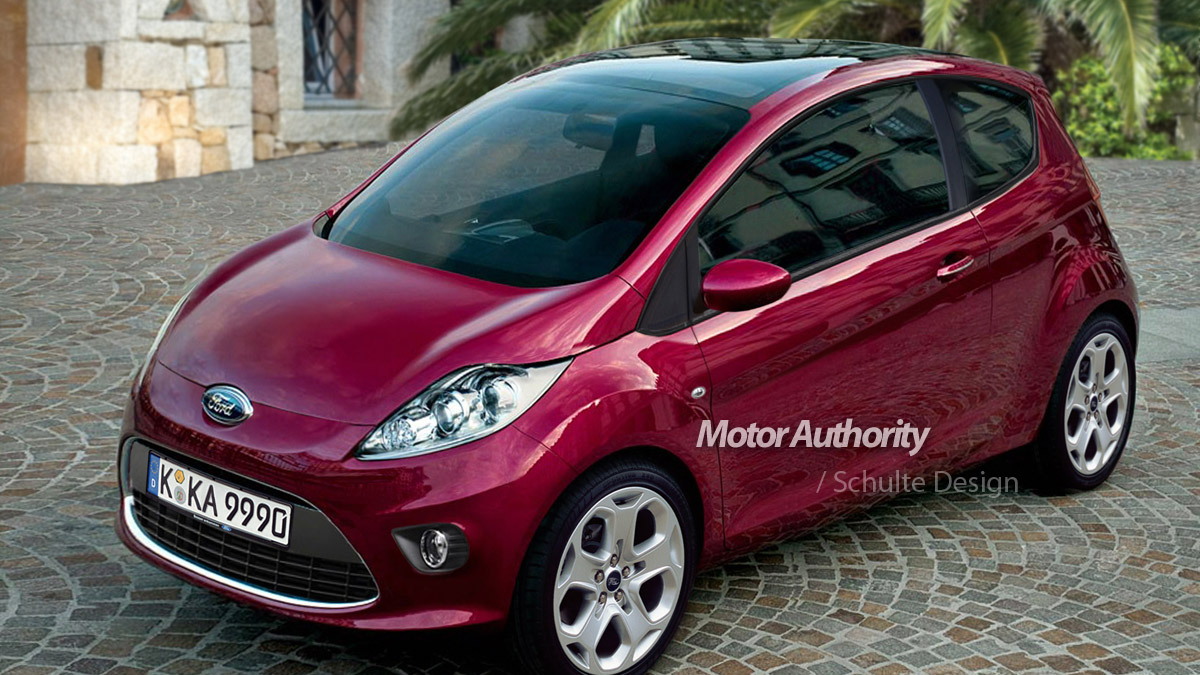 2
photos
Ford original planned to release the next-generation model of its Ka minicar one year after the launch of the Fiat 500, with which it shares the same platform, meaning we should see the next-generation model by the middle of the year. Though both cars are based on the same platform, much of the engineering work had already been completed for the 500 before Ford came into the picture, and ended up causing the delay of its launch.

As previewed in this latest rendering, the new Ka keeps the curvy shape of the current model but gets new, more angular features from Ford’s recent Verve Concept. A new front bumper with integrated fog lights and a pronounced grille give the car an aggressive stance, as do the wheel at each corner design and the short overhangs.

Production for the Ka is scheduled to start at the Tychy plant in Poland around the middle of the year alongside Fiat’s new 500. Both share the platform used in Fiat’s five-door Panda, but the tiny Ford gets its own unique engines including a high-performance 1.4L unit with a possible 150hp output reserved for a sports version. The Ka will also have its own unique interior and is expected to be priced slightly lower than its Fiat cousin.