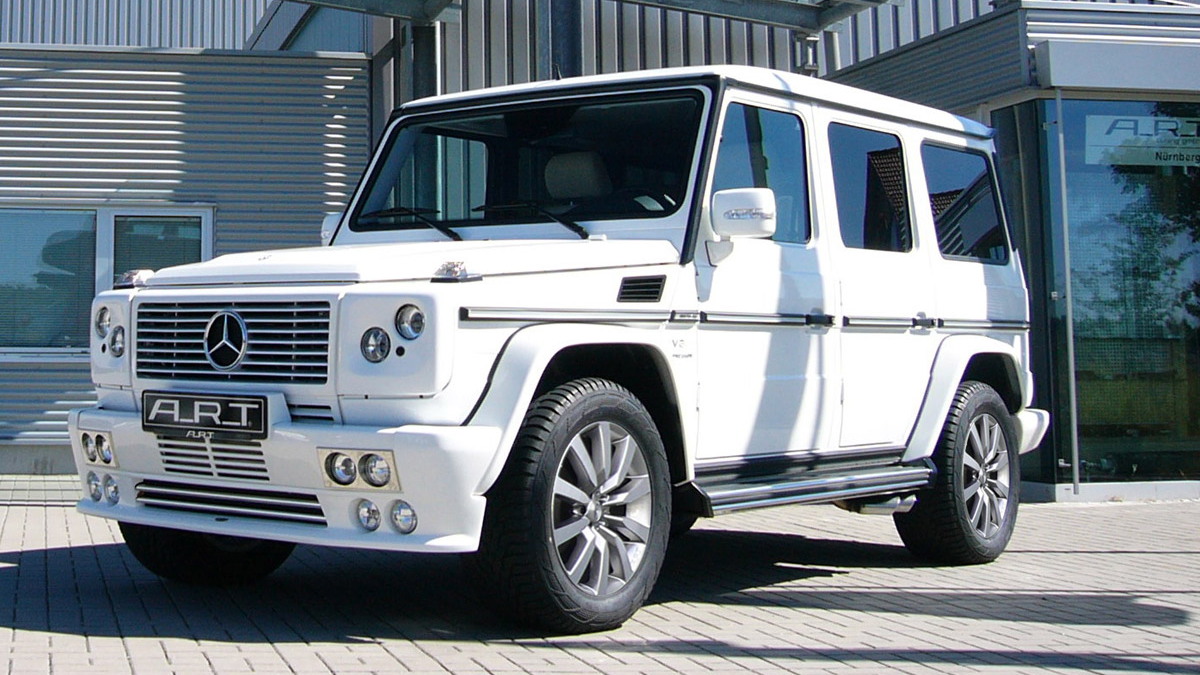 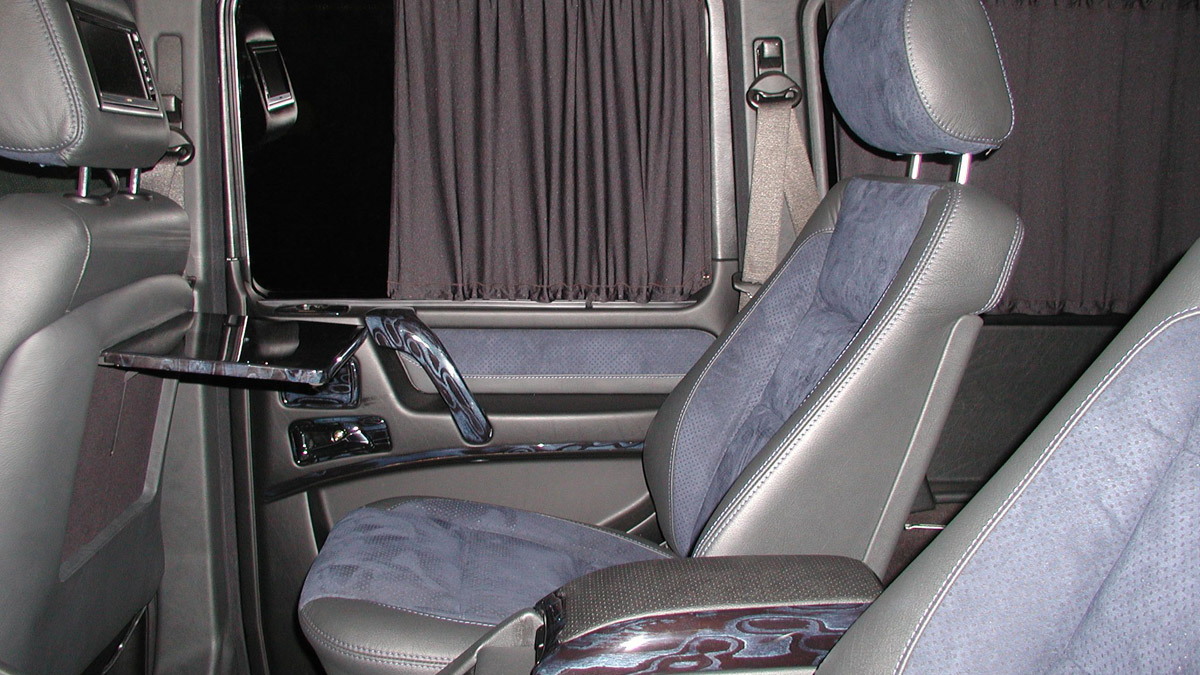 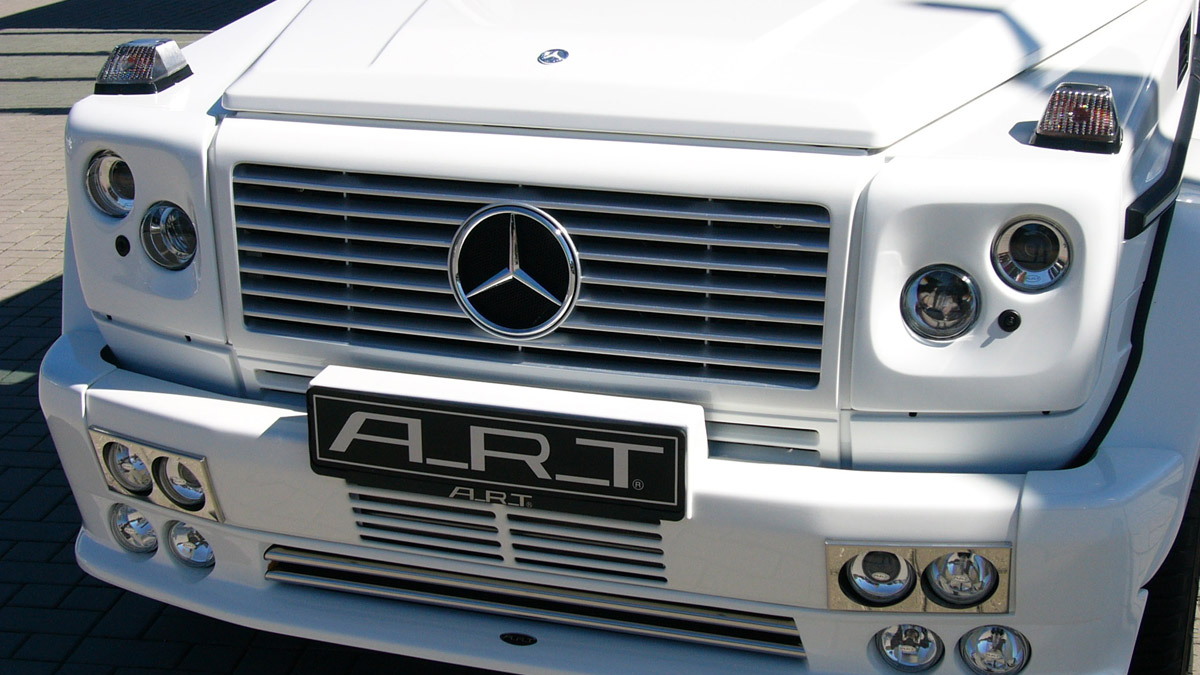 4
photos
German tuning house A.R.T. has developed a new tuning pack for the Mercedes G55, which after undergoing a series of modifications sees engine output rise by 100hp (74kW) to a final result of 580hp (427kW) – the same power levels as the Audi RS6. The G is Mercedes’ utilitarian equivalent to the Hummer H2 or Toyota Land Cruiser and is hardly the type of vehicle in need of a supercar powerplant, but despite this A.R.T. deemed it necessary to boost the output of the already potent engine.

The A.R.T modified SUV also gets MonoART 22in rims positioned under pumped wheelarches, as well as a wind deflector, chrome bezels for the air intakes, new tail lamps, new front and rear bumpers, frontal protection systems, and a roof spoiler to give the G-wagon a new look that could only possibly be described as 'pimped'.

Inside, the center console and seats get a healthy dose of high quality leather and wood, as well as customized carpets and curtains. There are also an A.R.T steering wheel available as well as a customized entertainment system. Owners can also modify the armrests, visors, seats, lighting and the way the car's seating arrangement is configured.