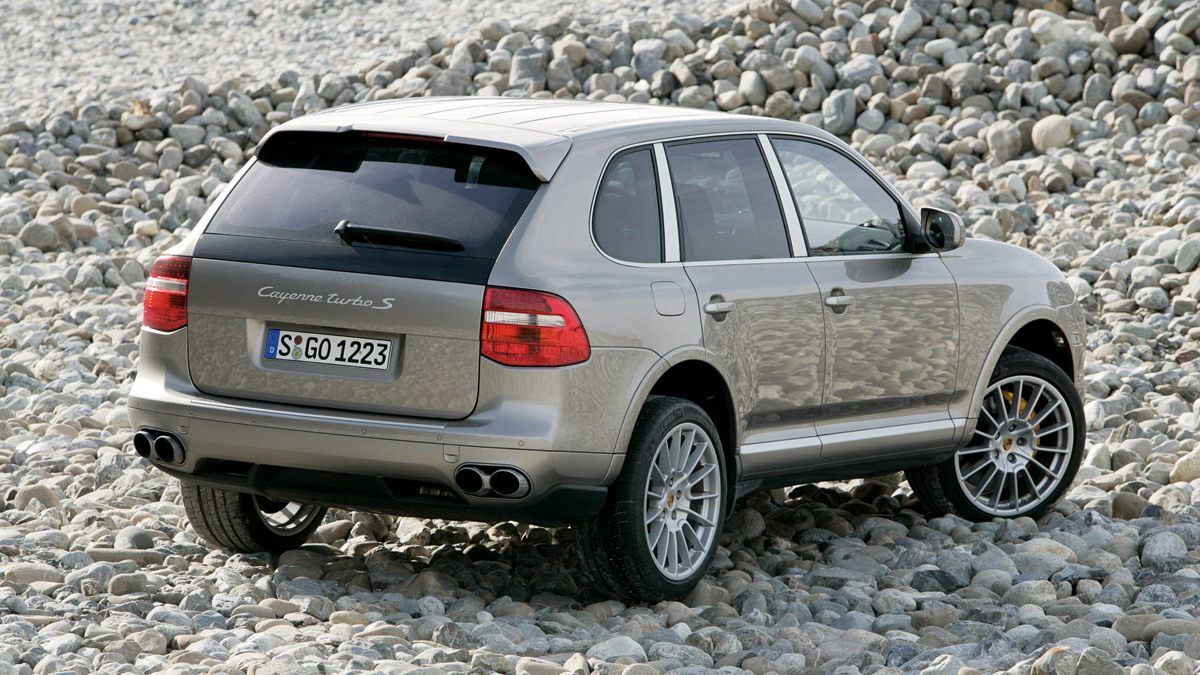 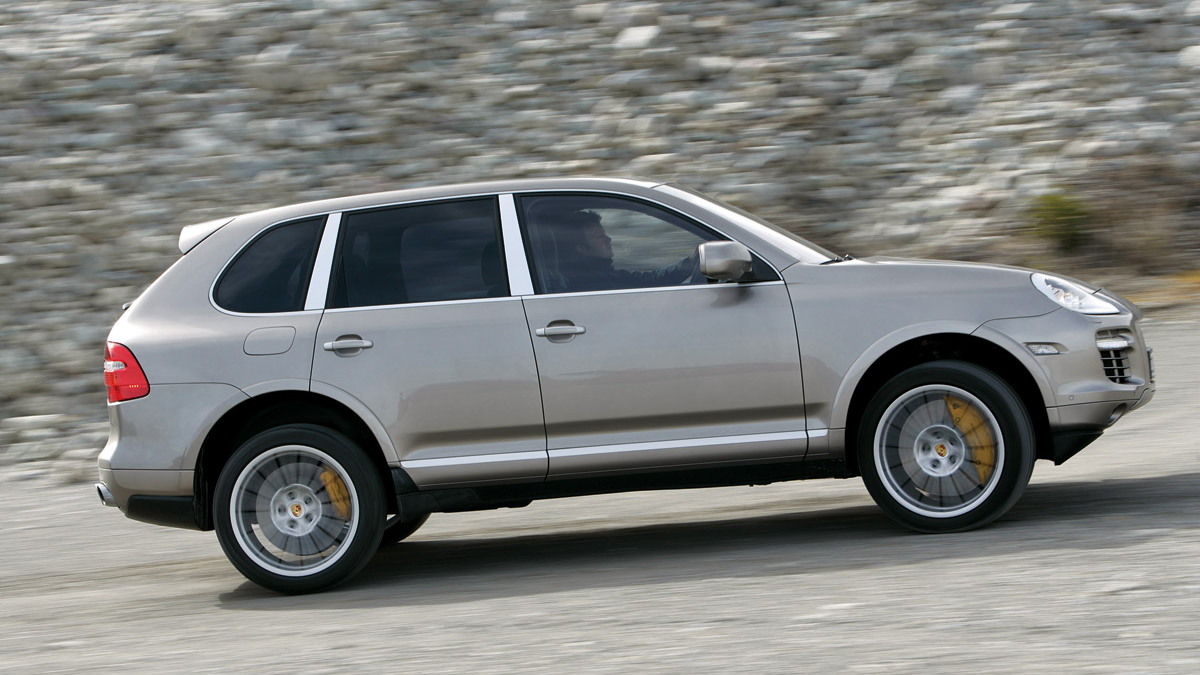 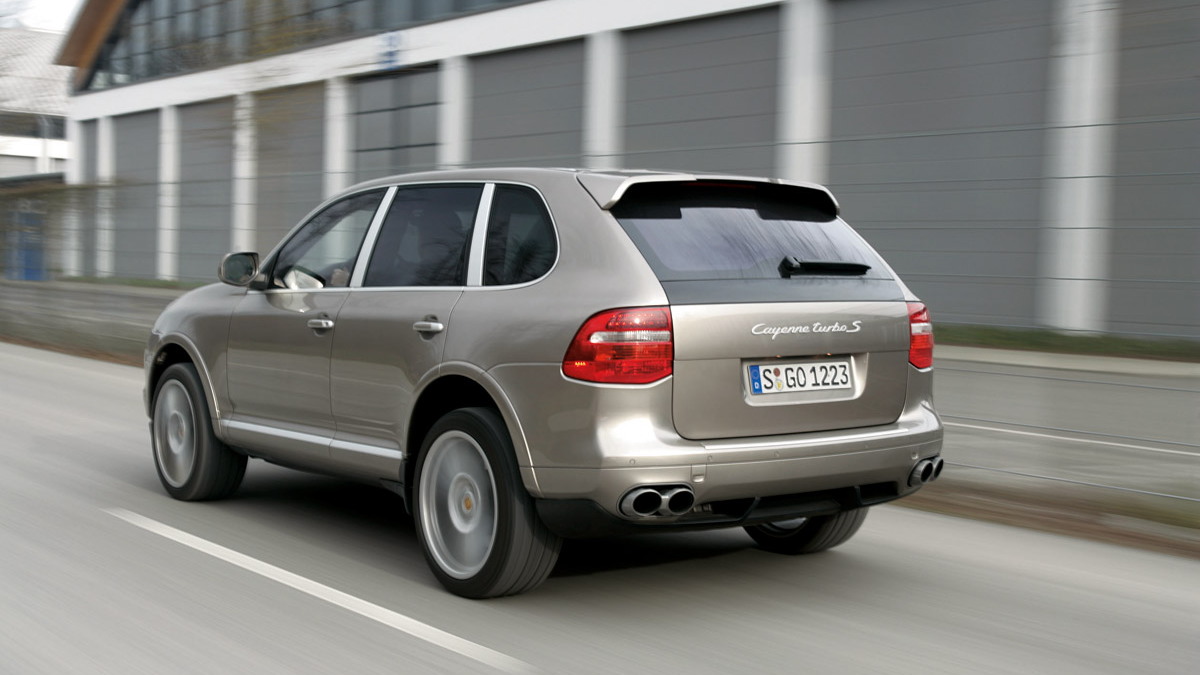 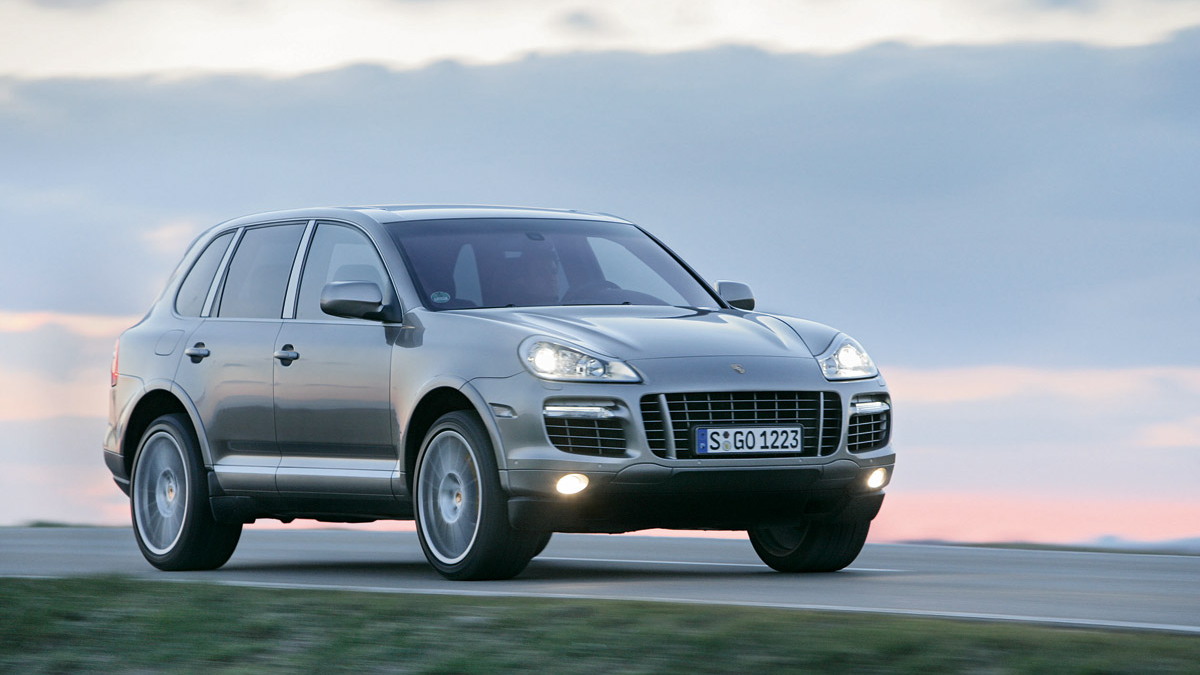 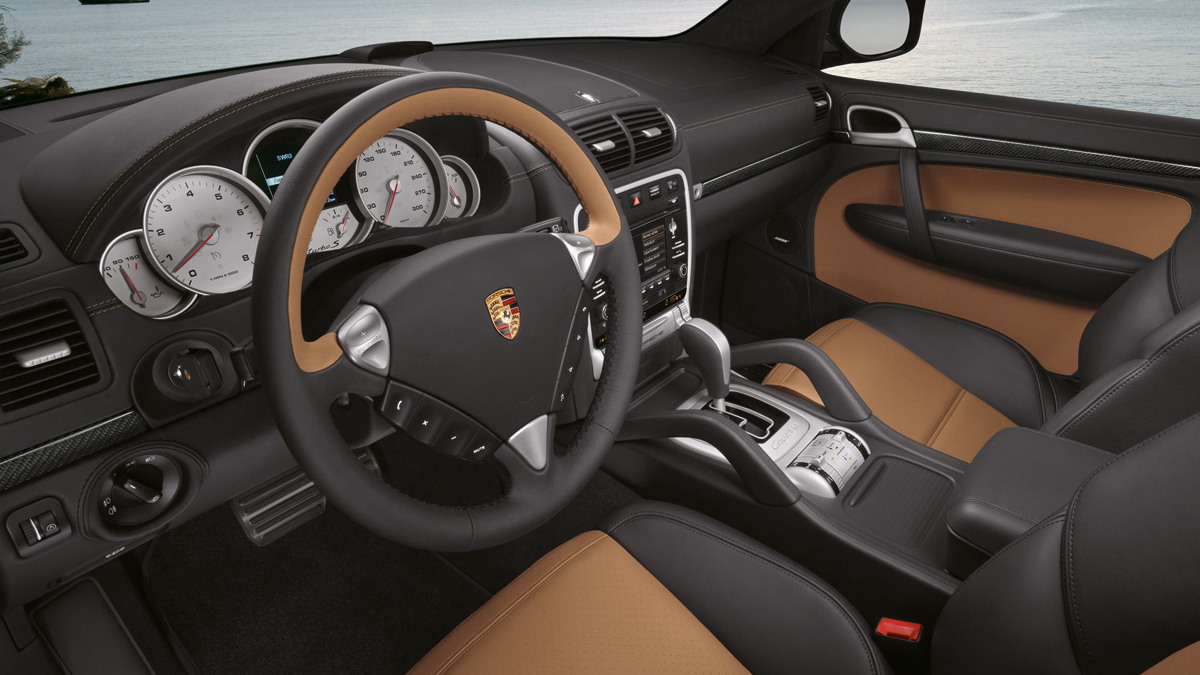 7
photos
Porsche has updated its Cayenne range with the addition of the most powerful model yet, the 2009 model Turbo S powered by a 550hp (404kW) forced induction 4.8L V8 engine. The Turbo S’s enhanced performance relative to that of the regular Turbo model is due to its modified exhaust system and improvements in engine control.

In addition to the added power, there has also been an increase in maximum torque by 50Nm to 750Nm within an engine speed range of 2,250rpm to 4,500rpm. This is enough to see the car accelerate from zero to 100km/h in 4.8 seconds and reach a top speed of 280km/h.

From the outside, the Turbo S can be recognized by 21in SportPlus alloys housed within painted wheel arches and a sports exhaust system with quad tail pipes made from aluminum. The air intake grills and wheel arches are painted the same color as the car body and a new ‘lava gray metallic’ option has been added to the color palette.

Porsche has also added its carbon-brake option to the Cayenne lineup for the first time, with 410mm discs and six-piston calipers up front and 370mm discs with four-piston calipers at the rear.

Inside, there’s a voice-operated navigation system, Bluetooth connectivity, a TV module and a 14 speaker Bose stereo system. The Turbo S will be introduced into the market as from August 2008 and will be priced from €111,400.