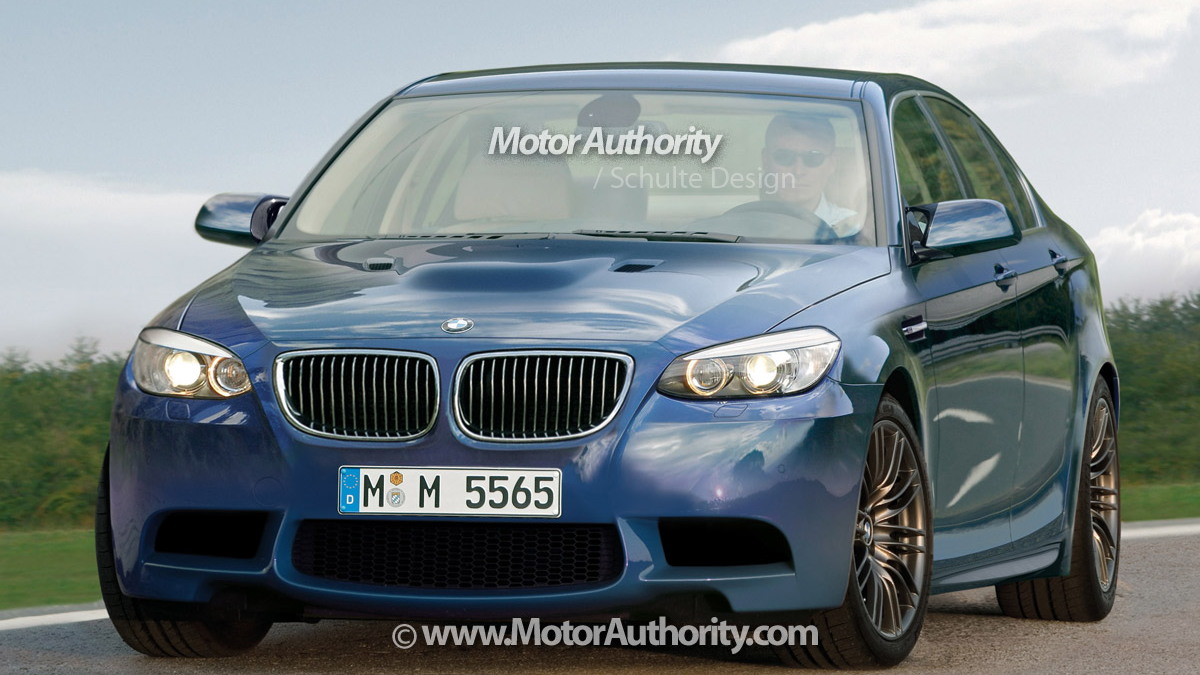 4
photos
Next year will see the launch of two critical models for German labels BMW and Mercedes-Benz, with both the next-generation 5-series and E-Class sedans plus their different variants expected to be released over the next 12 months. Mercedes-Benz will be first to the table with the launch of its new E-Class and subsequent E63 due at next year’s Geneva Motor Show, however later that same year BMW will unveil its next-generation 5-series.

The car will likely debut at the Frankfurt Motor Show in the second half of the year and could be joined by the high-performance M5 as well. This latest rendering gives us an early look at a possible design for the new car, revealing that will likely adopt influences from the current M3 but will also feature a pronounced grille and a smoother overall shape than the current model.

A V10 engine will return but could be enhanced with a pair of turbochargers and an extra 500cc in displacement. Expect to see power levels up around the 550 to 580hp mark to bring it into line with Audi’s recently revealed RS6. The likely transmission will be BMW’s new M-DCT dual-clutch system, as found in the M3.

Performance will also be improved thanks to the extensive use of lightweight materials including carbon-fiber and aluminum. The car’s construction will be a hybrid of an aluminum spaceframe for the front section, and a traditional steel monocoque for the passenger compartment and rear. This will ensure a favorable front-to-rear weight distribution and improved handling. Up front will be an independent suspension with MacPherson struts, with a multi-link layout for the rear. Expect to see an unpainted carbon roof and more of the lightweight material possibly used for the boot and fender panels.