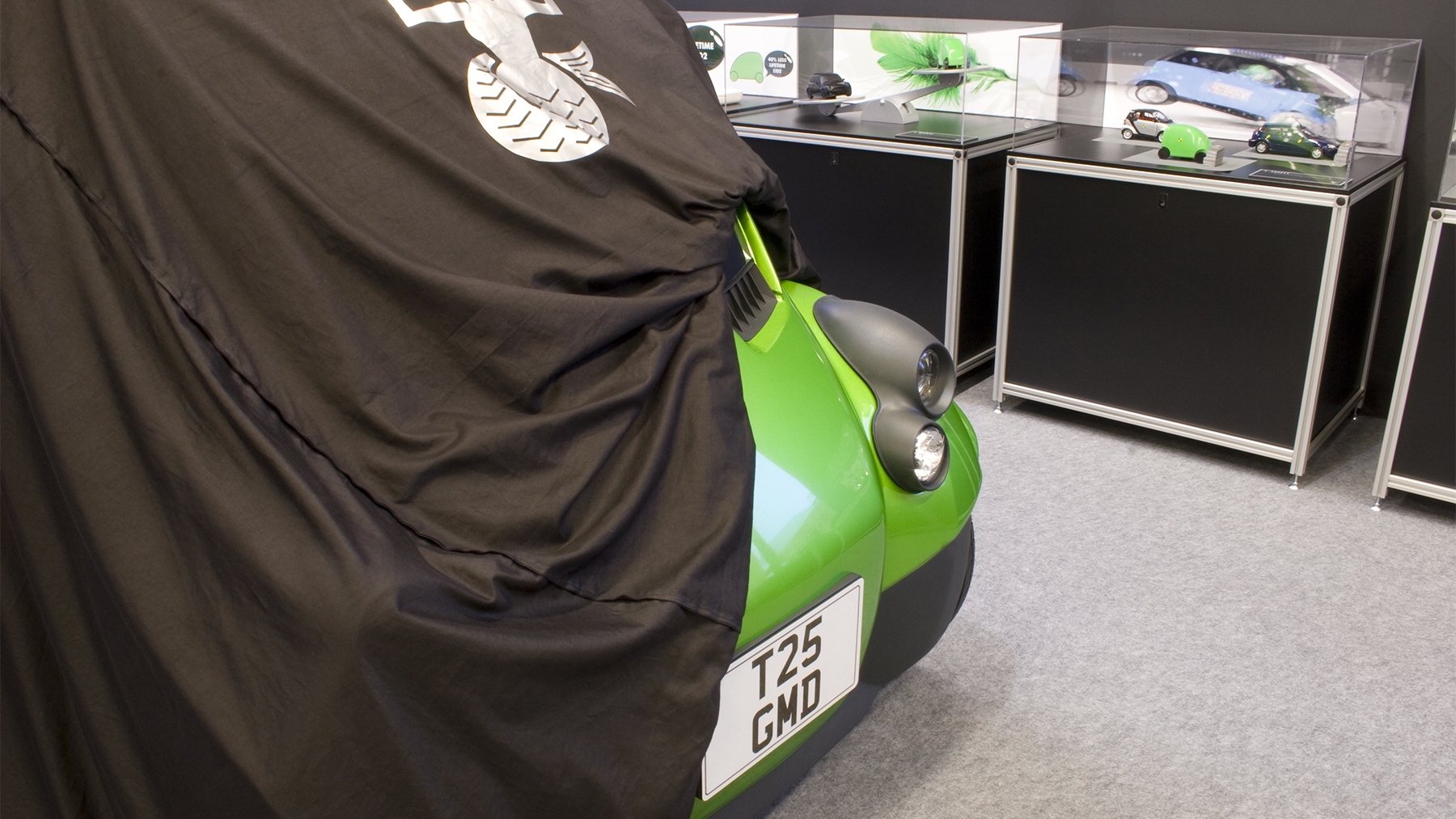 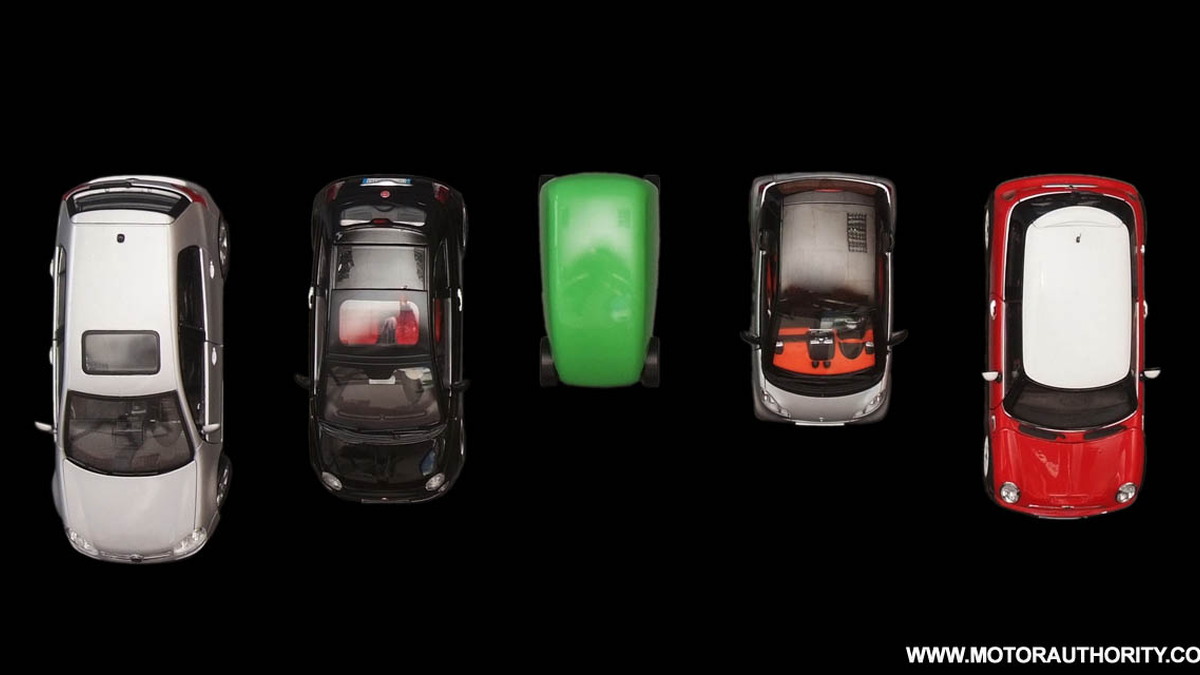 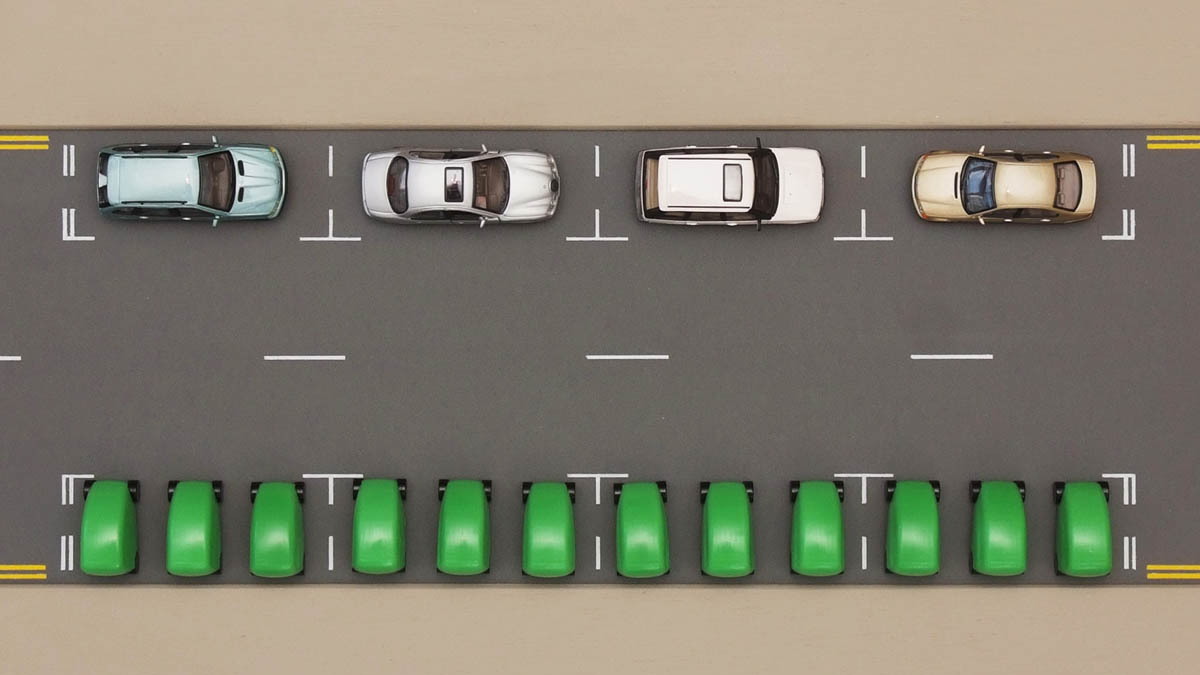 Gordon Murray is widely regarded as one of the most brilliant minds in automotive design today, having been the driving force behind both the McLaren F1 supercar and more recently the Caparo T1. His T25 project is looking for extreme performance in another respect, however, focusing on lightweight and low emissions city driving. The T25 will focus on a whole-cycle energy savings, being designed from the ground up to require fewer parts, less assembly time, fewer emissions and pollutants in the build process.

Targeted to weigh 400kg (880lb) less than a standard small car, which would likely put it in the 800-1,000kg (1,760-2,200lb) range or less, the new T25 is very lightweight, but not unsafely or impracticably so, as have been many of the carbon fiber-based design concepts of late. Its compact size will allow two of the cars to travel side-by-side in a single lane and three of them can easily fit into a standard parking spot. Despite its diminutive size, Murray insists the car will have at least a four star Euro NCAP rating. It will also have best in class CO2 emissions.

Furthering its ease of distribution, the T25 will be engineered to be flat-pack capable, meaning the cars could be shipped en masse at a fraction of their finished size and assembled in-place, reducing the amount of transport emissions per car. Once complete, the T25's lightweight and small size will minimize fuel usage and traffic and parking congestion. CO2 emissions are expected to be half the current average in the UK, and pricing for the car will be at or below the bottom end of the market, likely placing it between £7,000 ($13,900) and £10,000 ($19,850).

The car is now at the halfway point in its 24-month prototyping program, meaning the car will see the light of day in about a year. The prototypes developed by the program will be used to further the mass-production process. A full range of vehicles, in many body styles, are likely to evolve from the T25, as the layout of the chassis will lend itself to easy adaptation, according to Murray.

Europe, the UK and Japan are the intended primary markets for the base model T25. It will be ideal as a second or third vehicle for small trips, a primary vehicle for inner-city dwellers and as a first vehicle for younger buyers, according to the company. That means a version for the U.S. will likely be several years out at best, once the shift toward acceptance of truly small cars is a bit further along. It is unlikely the T25 would be suitable for the amount of highway and high-speed use it would be pressed to perform in most suburban-oriented U.S. cities.