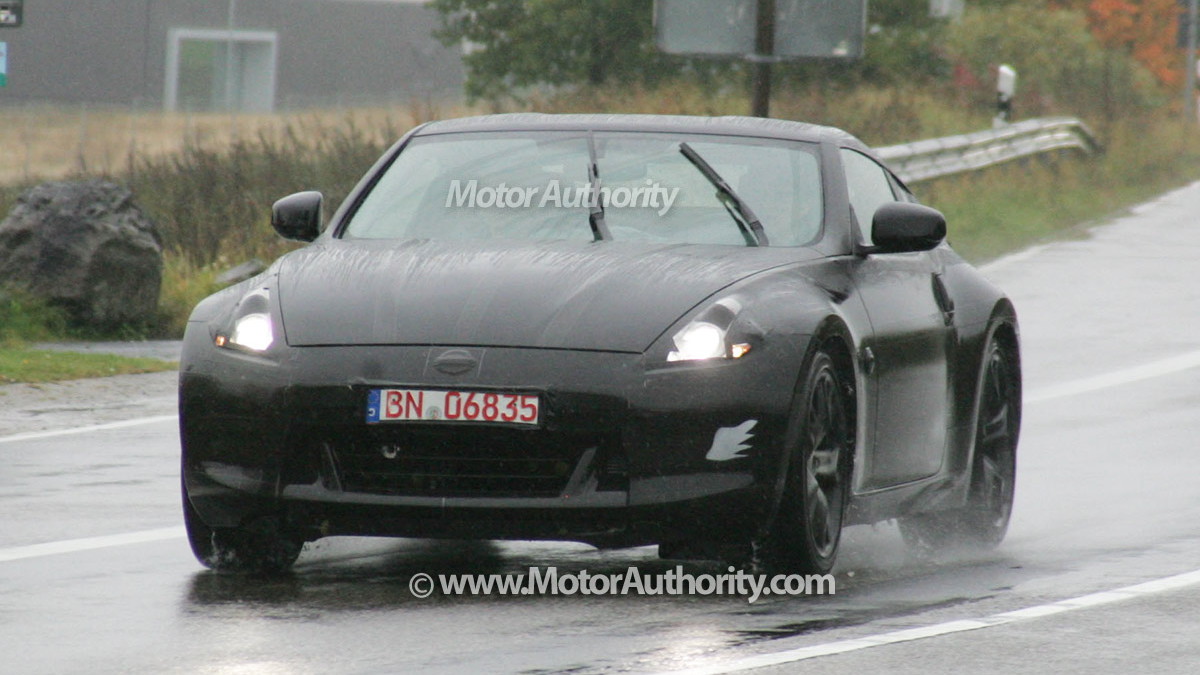 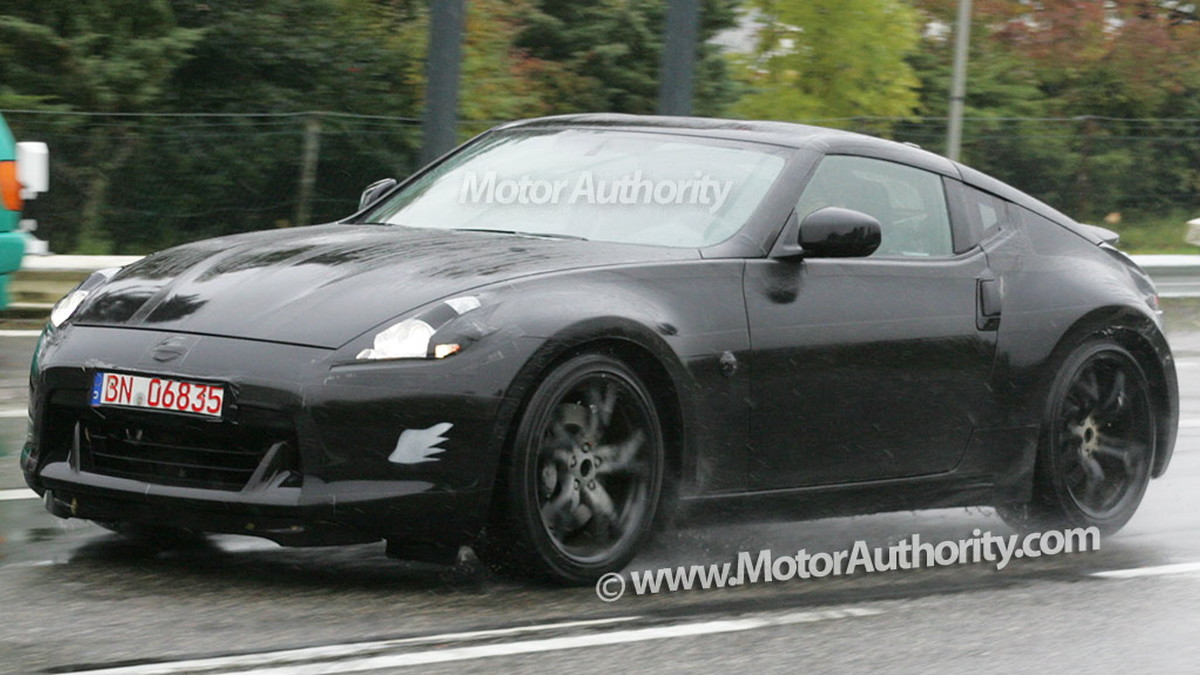 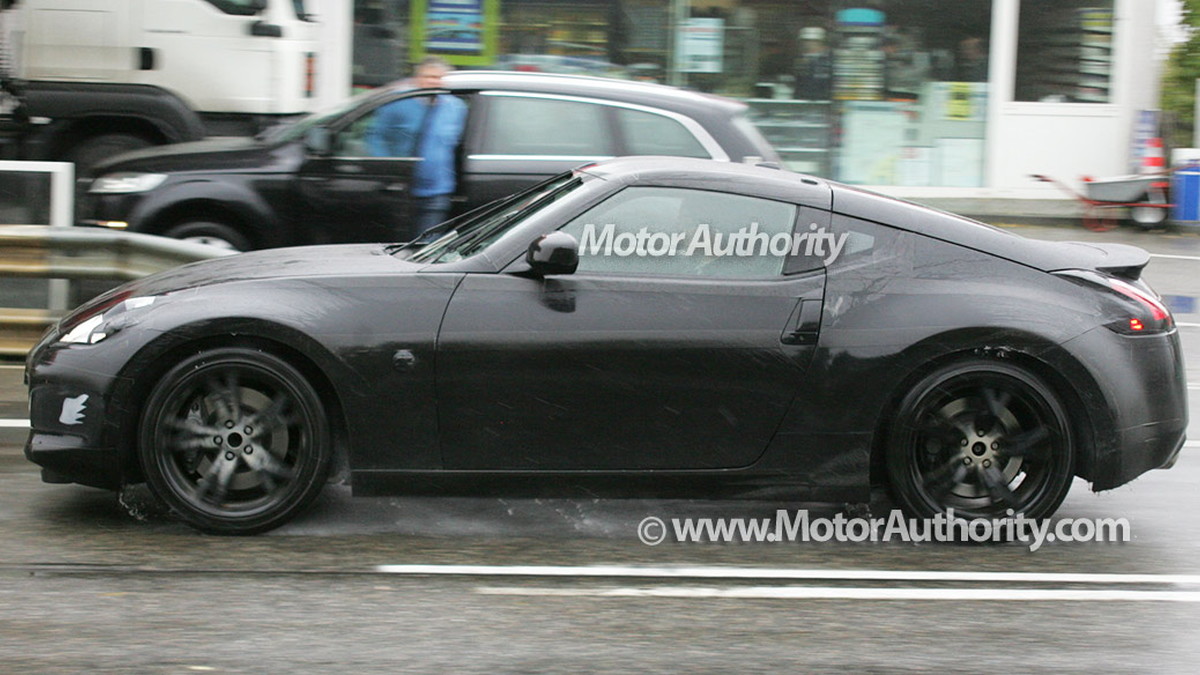 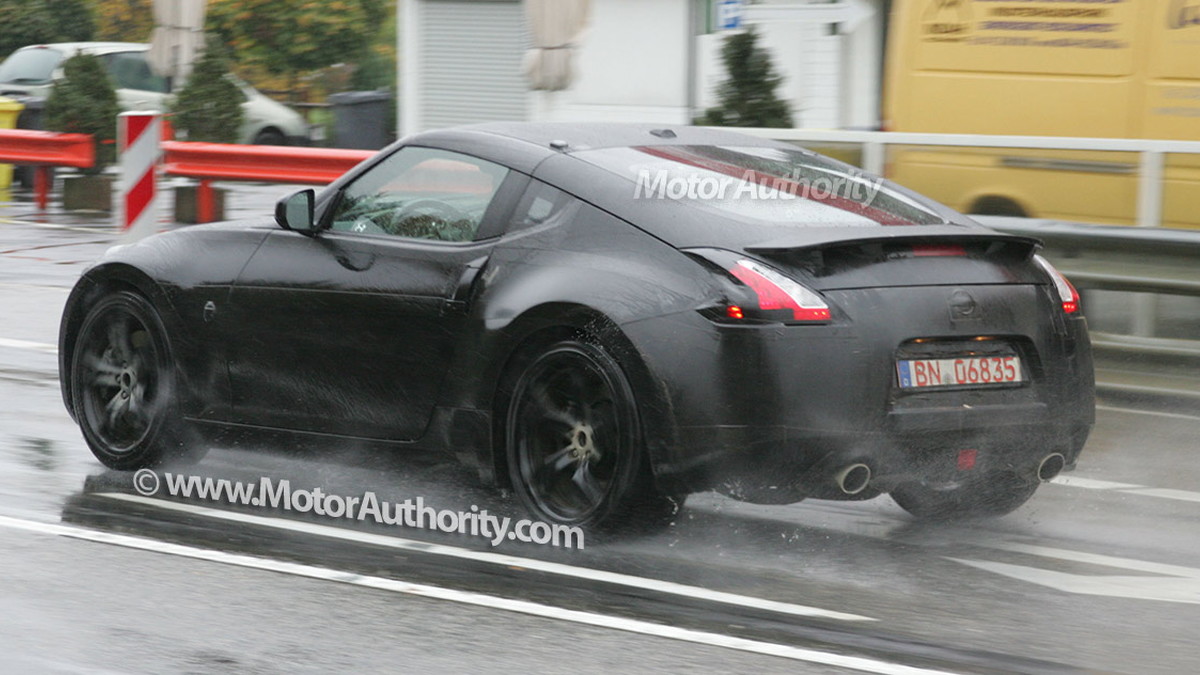 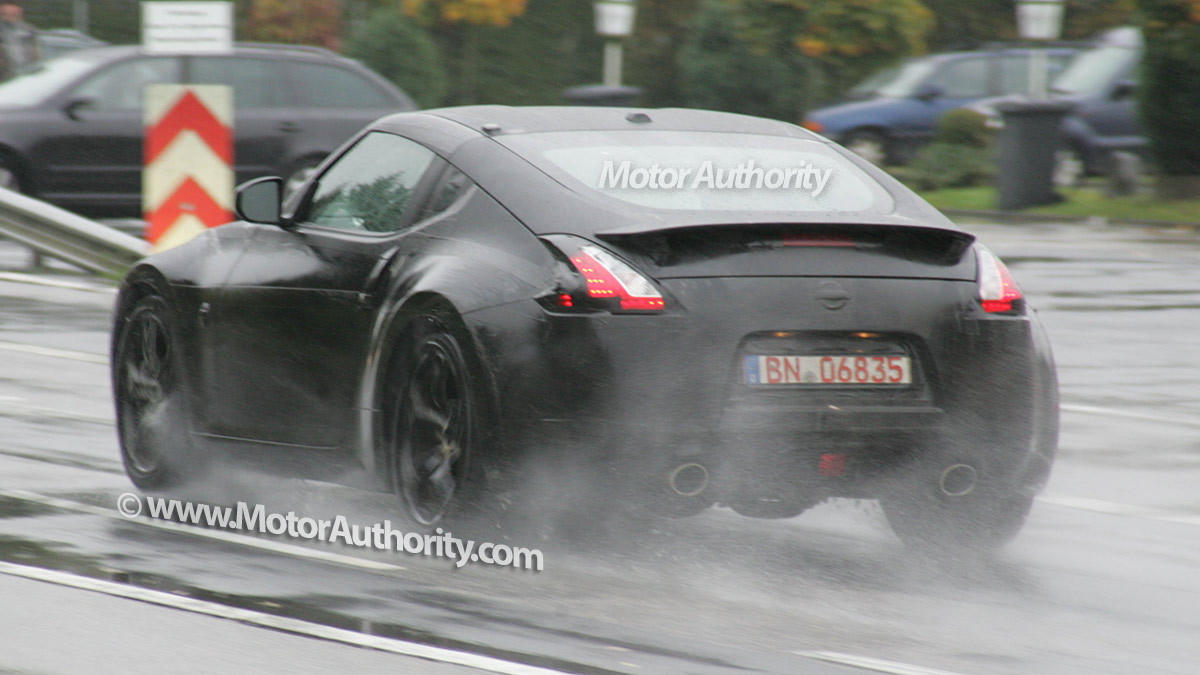 26
photos
UPDATE: The 2009 Nissan 370Z has been revealed. Click here for all the details and images.The Nissan 350Z, or ‘Fairlady’ as it’s known in Japan, is set to be replaced next year by an all-new model sporting a larger displacement engine and a dramatic new take on the car's look. The current car’s combination of a front-engine RWD layout and a torquey V6 has won it numerous accolades across the globe, and it’s a formula engineers won’t be mucking around with for next-gen model. Our new spy photos and video show the car at its clearest yet.

The new Z looks to be somewhat shorter and trimmer than the current car, accentuating the flared wheel-arches. Also new is the rear quarter panel area around the hatch, where the window line sweeps upward, giving the car a bit of a familial resemblance to the sword-like design of the GT-R. A rear diffuser that surrounds the exhaust tips gives the car a more finished look from behind, while up front the more aggressive air-intake area and downward-sloping nose bring to mind the current Nismo car.

One of the biggest criticisms of the current 350Z is its drab interior and poor quality materials. These latest shots show Nissan has improved greatly on the current design, adding nicer plastics and extra color options for the cabin.

A pre-production coupe was previously spotted with the new badge, shark fin-style headlamps similar to those on the 2009 Maxima and LED daytime running lights. The tail lights of the prototype spotted here also reflect the new styling ethos. The power-bulge in the hood of the current 350Z, necessitated by the slightly taller deck height of the VQ35HR engine is gone, and the twin character lines of the original 350Z have returned as well. A more rounded profile to the side mirrors wraps up the changes, with the dominant lines still very closely resembling the current car.

The 370Z moniker indicates Nissan’s new 3.7L VQ37VHR from the G37 Coupe will be powering the next Z car. Thanks to VVEL (Variable Valve Event and Lift) technology and a higher rpm than the previous VQ35, the new mill develops up to 330hp (246kW) and 366Nm (270lb-ft) of torque in current applications, with potentially even more available, and should make for some scintillating performance numbers for Nissan’s new sports car. Nissan thinks it's enough to contend with the Porsche Cayman, and it's already said it will be targeting the German company with the new model. If you look closely at the spy video below you'll notice Nissan was testing the 370Z back to back with a BMW Z4m Coupe, and a Porsche Cayman S.

The new 370Z will debut at next month’s Los Angeles Auto Show.