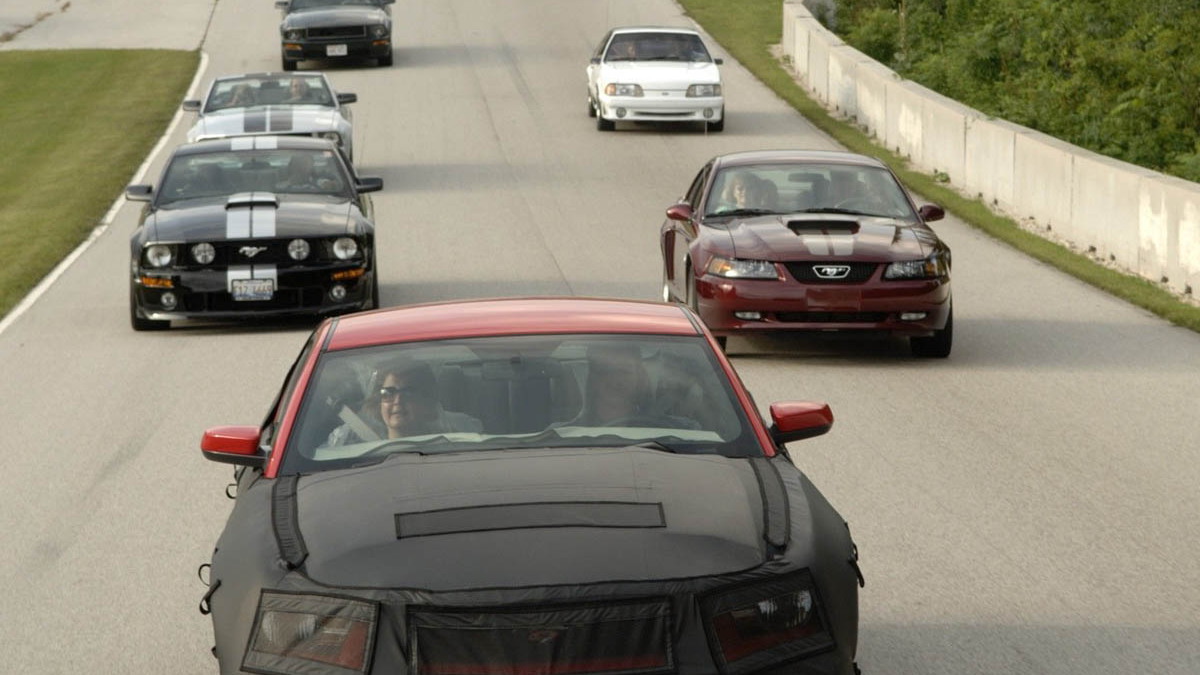 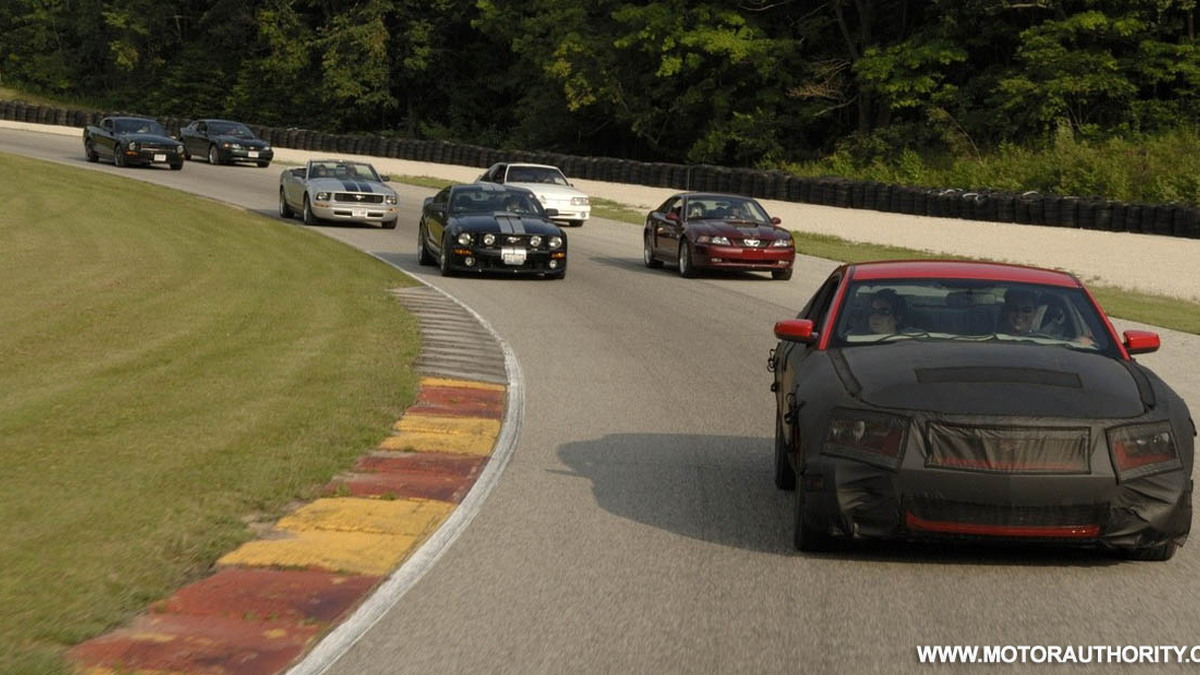 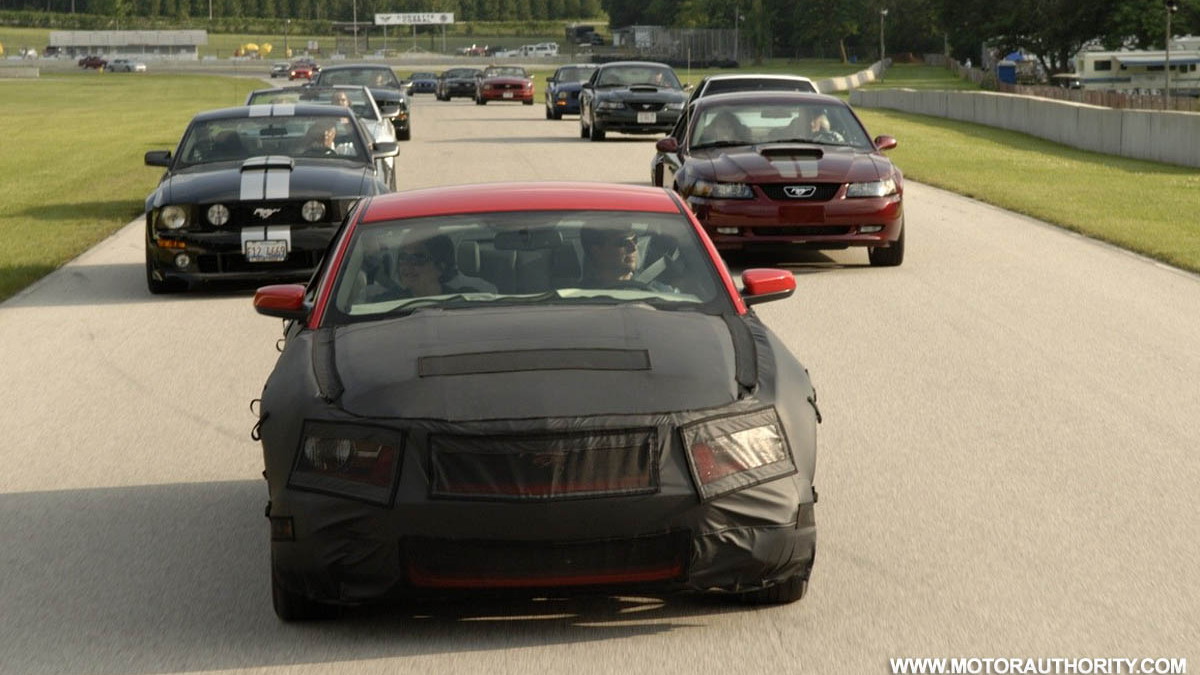 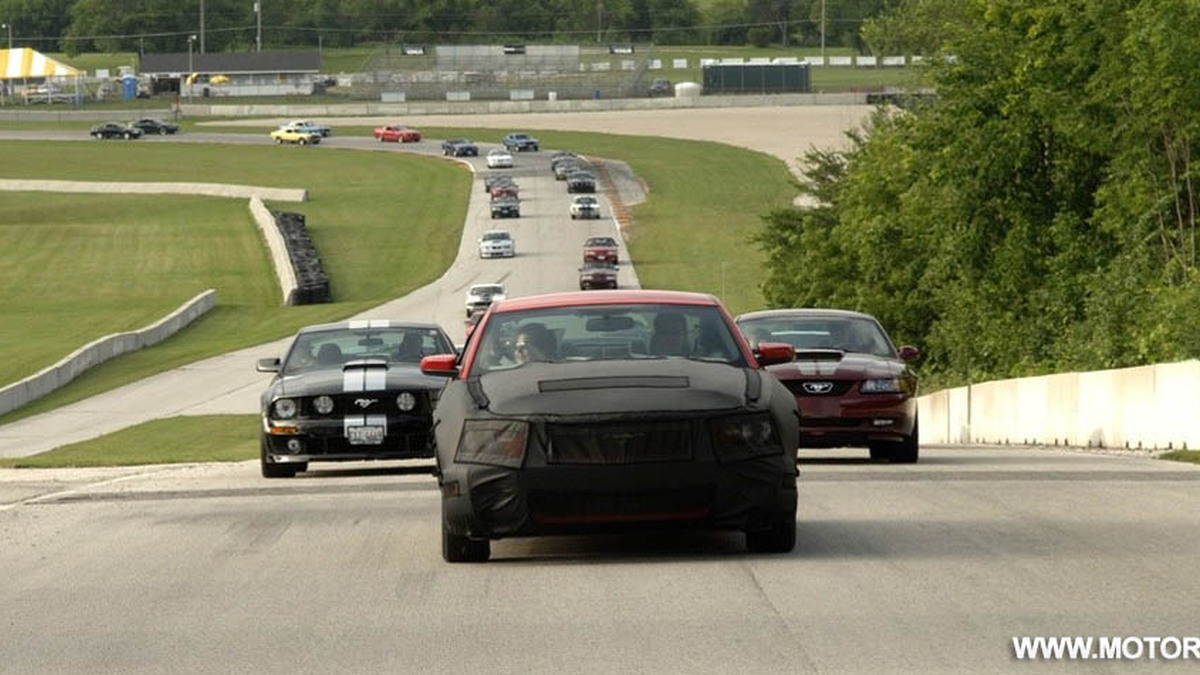 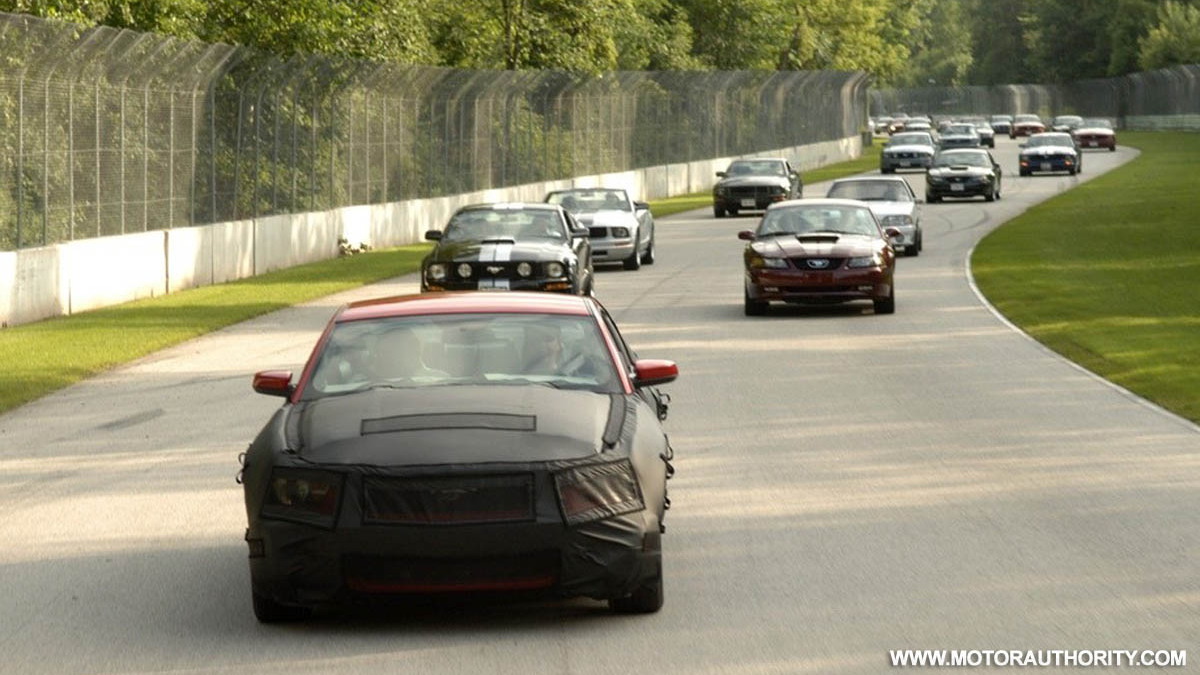 7
photos
Updated: A source from Ford has confirmed that the 2010 Mustang will debut at this year’s Los Angeles Auto Show, with full information and details for the update scheduled to be revealed for the first time on November 19. A prototype version of the car recently made an appearance at the latest leg of the 2008 Road America, but heavy camouflage gear ensured that few details were revealed.

Though the updated model will share the same the overall length and width as the current model, the car will be styled to look smaller and more athletic. Speaking with Automotive News, Ford’s North American design director, Peter Horbury, explained that the new car’s lines have been designed to make it look as though the wheels are “further out, further forward and further rearward”.

Horbury points out that the bulky and old-tech look of the Challenger, and even the upcoming Camaro, will turnoff customers in a climate where buying trends are largely motivated by fuel economy or at least the perception of fuel economy.

As for the engine line-up, Ford has reportedly sped up the introduction of its next-generation engines because of the tough new CAFE fuel-economy regulations. The 4.0L V6 engine will remain, however the V8 line-up will be replaced with a new EcoBoost V6 engine with V8 power levels as well as a new 5.0L SOHC V8. You can read up more details about the changed powertrain line-up in our previous story by clicking here.

Original: Ford gave a sneak peak of its 2010 Mustang facelift at this past weekend’s leg of the 2008 Road America vintage car show. The prototype was used as the official pace car for the vintage racing field but it remained outfitted with some heavy camo gear covering up most of the updates. Due to be revealed late next year, the facelifted Mustang will receive a number of changes to its exterior as well as a complete revamp of its powertrain lineup.

One of the key components in its development is the face-to-face input from customers Ford is gathering from events like the 2008 Road America. Ford marketing manager Robert Parker explained that these events provide an opportunity for customers to get behind the wheel and for Ford to show off its new and future product lines.

Also on hand during the weekend were several Ford GTs, which were used to give hot laps on the legendary 4.048-mile Road America course. The final component to the Ford Mustang celebrations were four Shelby Cobras, which were entered in the Historic Grand Prix event – the first time Shelby Automobiles has joined forces with Ford to race since 1968.

For more information about the 2010 Mustang check out our stories on its styling and possible engine options.