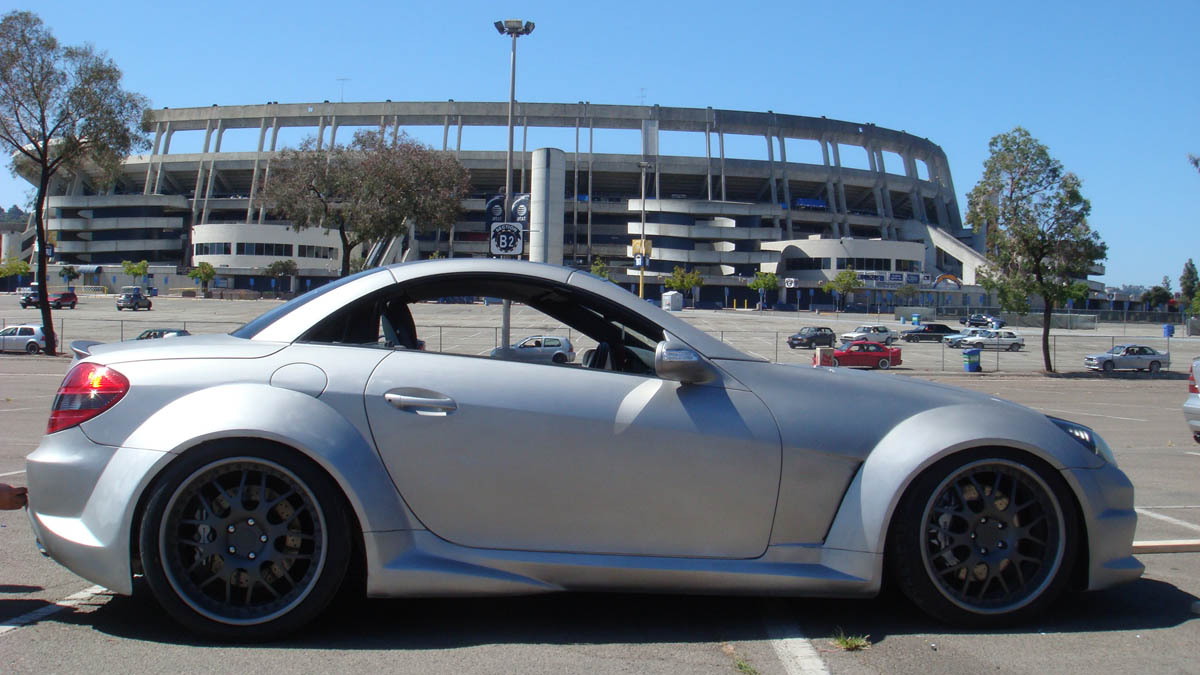 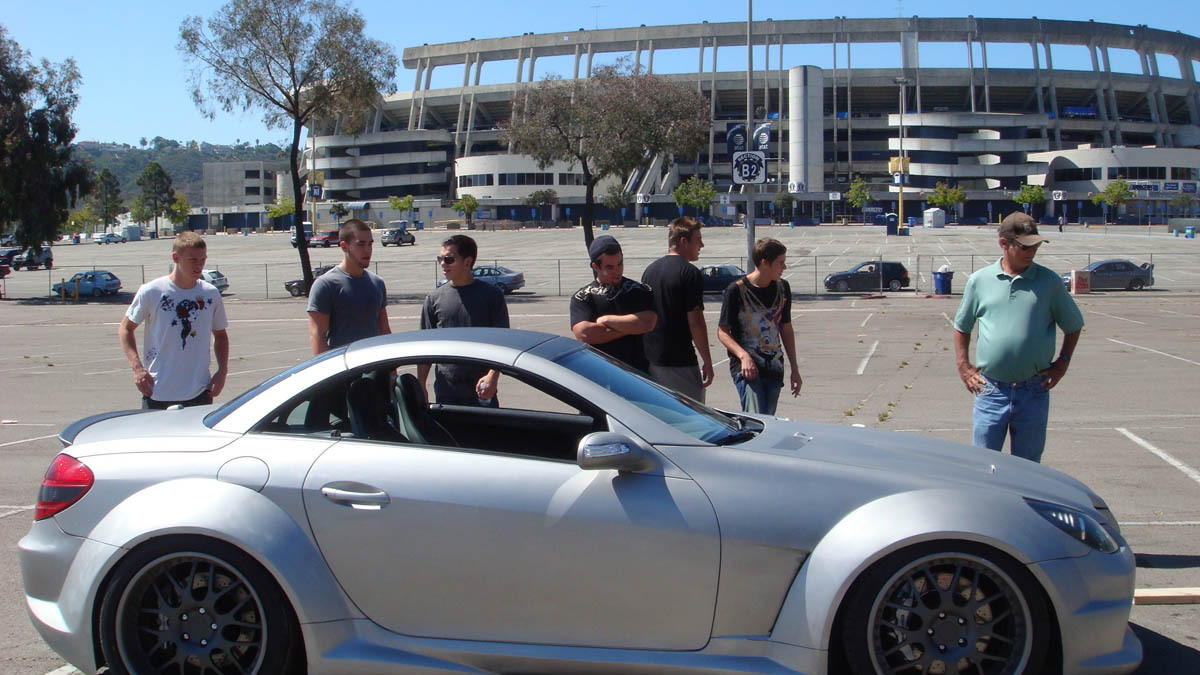 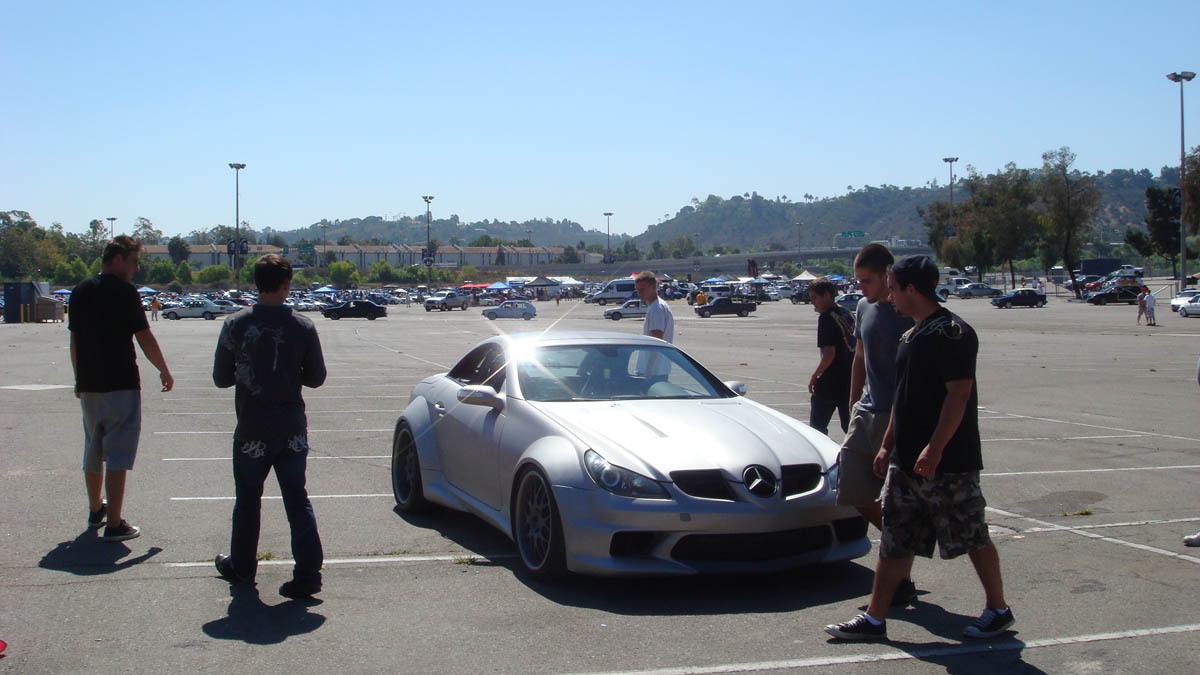 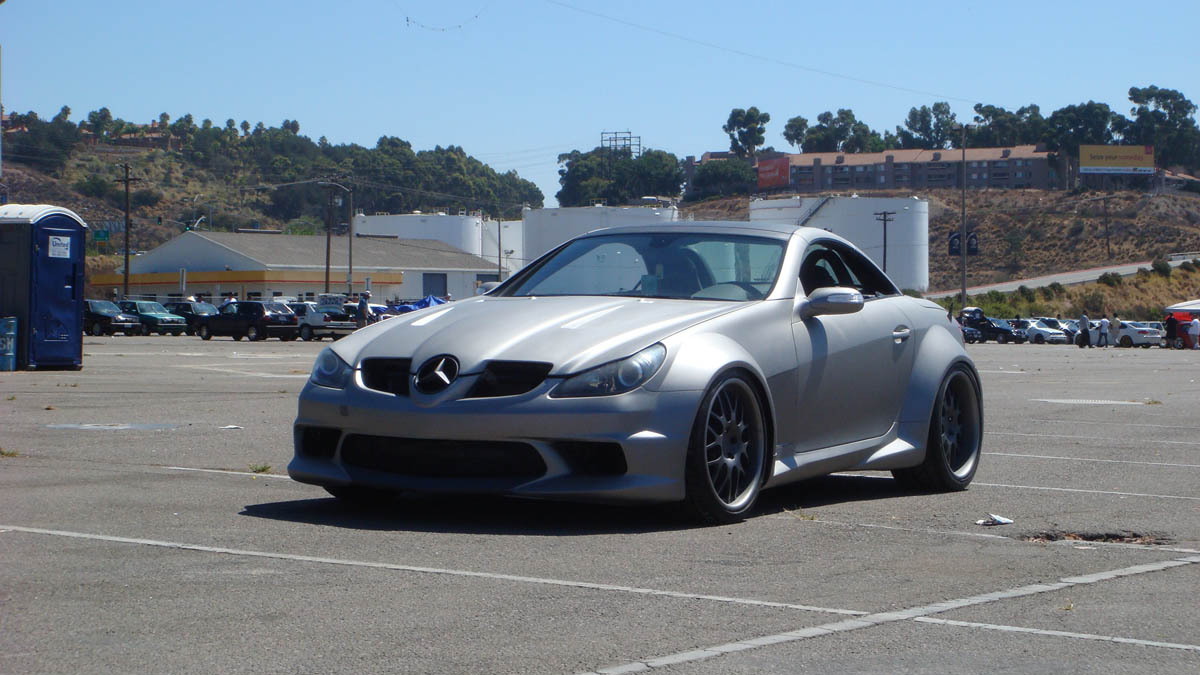 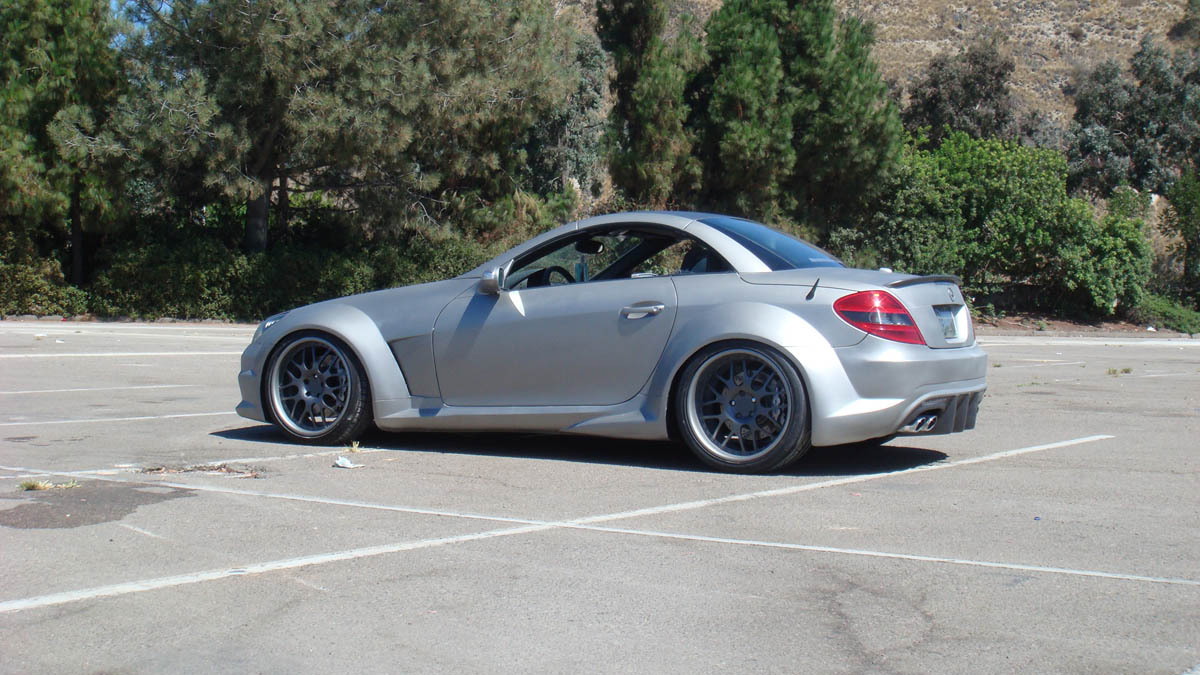 26
photos
California tuning company Rex Accelero has revealed a widebody kit for the SLK 55 that brings the front and rear fenders out by at least 2.5 inches, offering lower-weight replacement parts, special aero pieces and the ability to house much wider wheels. The kit is pitched as a perfect track-day modification, offering superior grip and weight distribution compared to the standard car. It certainly looks the part.

Adding 2.5 inches width to each front fender and 2.75 inches to each of the rear fenders as well offers enough room to fit 12in wide wheels on the rear axle and 9.5in wide wheels up front. Once in final production form, the kit will also be offered with a carbon fiber lip and rear diffuser, with vacuum-bag construction used to help ensure minimum weight while maintaining strength. The weight shed from the front end brings the car closer to a sought-after 50/50 weight distribution.

The car's appearance is much like that of the SL 65 AMG Black Series, with its broad stance and aggressive aerodynamics package. For comparison, here's a side-by-side shot of the two. Certainly not identical, but there's an undeniable resemblance, and with the stunning looks of the SL 65 Black Series, even a partial resemblance is a good thing. Speaking with MotorAuthority Edward Chin of Rex Accelero said the kit was the result of asking 'what if' the SLK 55 Black Series had been as full-on a production as the SL 65 version.

A hood and rear spoiler can also be had to match the kit, available separately. The car shown as a prototype for the kit features H&R springs, slightly oversize tires, DPE R16 rims, and a stock engine with an intake kit, generating 360hp (268kW) and 380lb-ft (514Nm) of torque.

The company has plans for a complete mechanical upgrade to the car, which would take it well beyond the SLK 55 AMG Black Series. A supercharger and header kit in the works could take the car beyond 500hp (373kW). The widebody kit is currently taking priority. Pre-orders for the kit will begin September 1, 2008. Pricing has not been released yet as some aspects of the kit are still undergoing final tweaks. It will be a limited-production item, however it is also targeting a good mix of performance, reliability and affordability.