With a length of almost 217 inches and curb weight of more than 9,000 lb, it's safe to say the GMC Hummer EV electric pickup truck is a tad too big for many.

It turns out a smaller, mid-size Hummer pickup could be in the pipeline, Bloomberg reported on Wednesday, citing people familiar with the matter.

According to those sources, the mid-size Hummer is still in the design phase and has yet to be approved for production, though the project is seen as a priority and thus has a good chance of receiving the green light.

A smaller Hummer could also lead to sales outside of the U.S., particularly in Europe where GM plans to return with an EV-exclusive portfolio, thus adding to the vehicle's chances of reaching production. 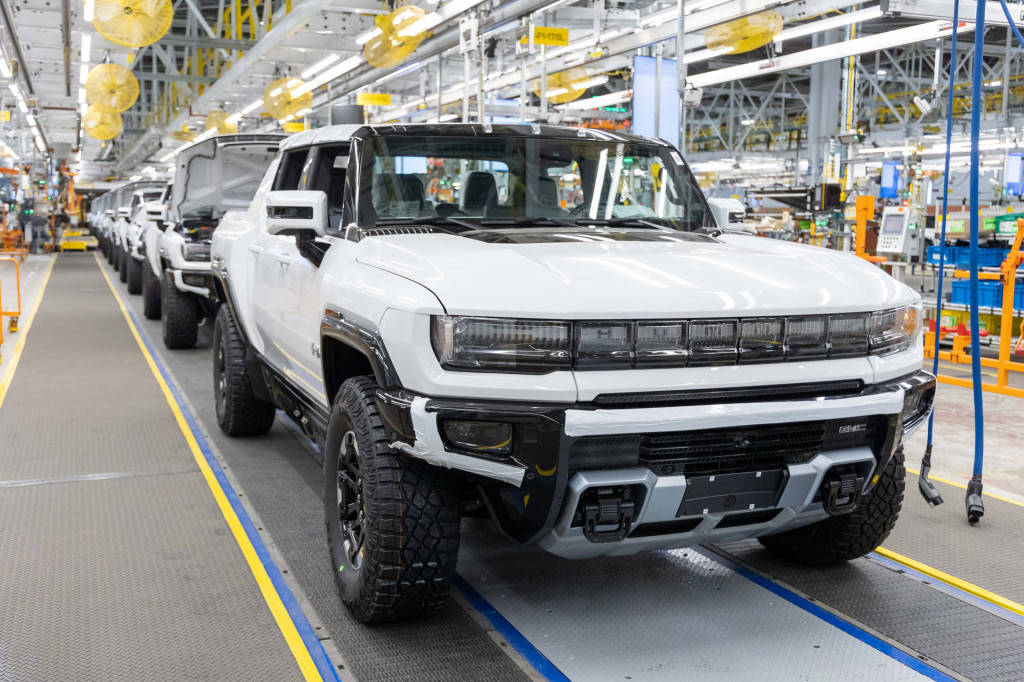 The full-size Hummer EV has proven to be a huge success, despite it currently costing north of $100,000 (lower-priced variants are planned). GMC in September closed reservations for the Hummer EV and the related Hummer EV SUV due next year after the number of expressions of interest hit 90,000.

Production is still bottlenecked by the supply of batteries but is expected to ramp up once a battery plant in Ohio comes online later this year, according to Bloomberg. Fewer than 800 Hummer EVs have been delivered as of Sept. 30.

Smaller Hummers wouldn't be a surprise as Hummer operated in multiple size categories when it was still a standalone brand selling gas-guzzling models. The biggest model was the Humvee-derived H1, below which sat the full-size H2 and mid-size H3.