General Motors announced on Wednesday that its semi-autonomous driving system known as Super Cruise will be updated to cover around 400,000 miles of roads in the U.S. and Canada, or double what the system can currently handle.

Super Cruise is currently limited to divided highways, known as interstates. The updated version will enable the system to work on more road types, including some undivided roads. Some famous drives soon to be covered include Route 66, U.S. Route 1 (Overseas Highway), California Route 1 (Pacific Coast Highway), and the Trans-Canada Highway. 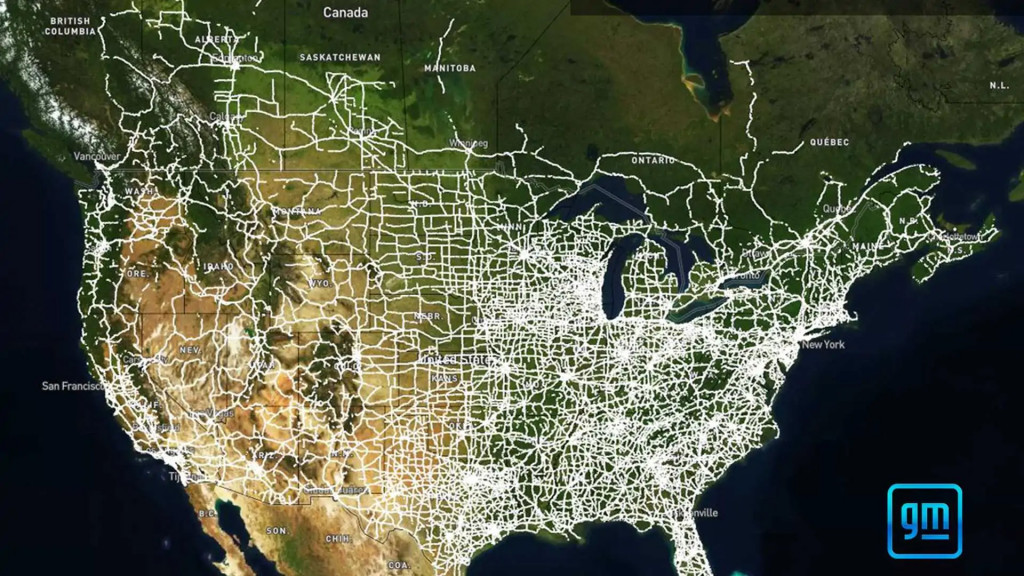 For vehicles equipped with Google Maps, the navigation system is able to show routes where Super Cruise can function, during the route selection.

Super Cruise combines multiple driver-assist features like adaptive cruise control and lane keep assist with map and GPS data to accurately place a vehicle in its lane and ensure safe and smooth operation. While it's a true hands-free system, it still requires the driver to monitor things at all times and take action when necessary. Otherwise, it will shut down. This means it still ranks at Level 2 on the SAE scale of self-driving capability. To rank above Level 2, self-driving systems need to function in eyes-off mode.

Eventually, GM will launch a new version dubbed Ultra Cruise. This version is promised to cover around 95% of the nation's roads, albeit with the driver still required to monitor things. According to GM, Ultra Cruise will recognize permanent traffic control devices, follow navigation routes, follow posted speed limits, perform both automatic and on-demand lane changes, perform left and right turns, avoid objects, and park in a residential driveway. It's due to arrive in 2023 and has been promised as a feature of the Cadillac Celestiq flagship due in 2024.